Driving up and around the north east coast has been a mixture of beautiful, picturesque scenery and unique buildings and houses.

This little number was a computer repair business in Scottsdale – you can tell by the couple of old desk top boxes in the window.  We parked here because we wanted to grab a pie from the bakery and we’d seen a chap eating something from a brown paper bag out the front of a shop.  We walked towards him quite confidently, discussing whether we would try another scallop pie.  When we got about 2 steps away from the entrance, we discovered that the shop actually sold wood heaters.  See what happens when you assume!

This homemade caravan/truck ensemble was also parked in Scottsdale and the front cabin was full of terriers! 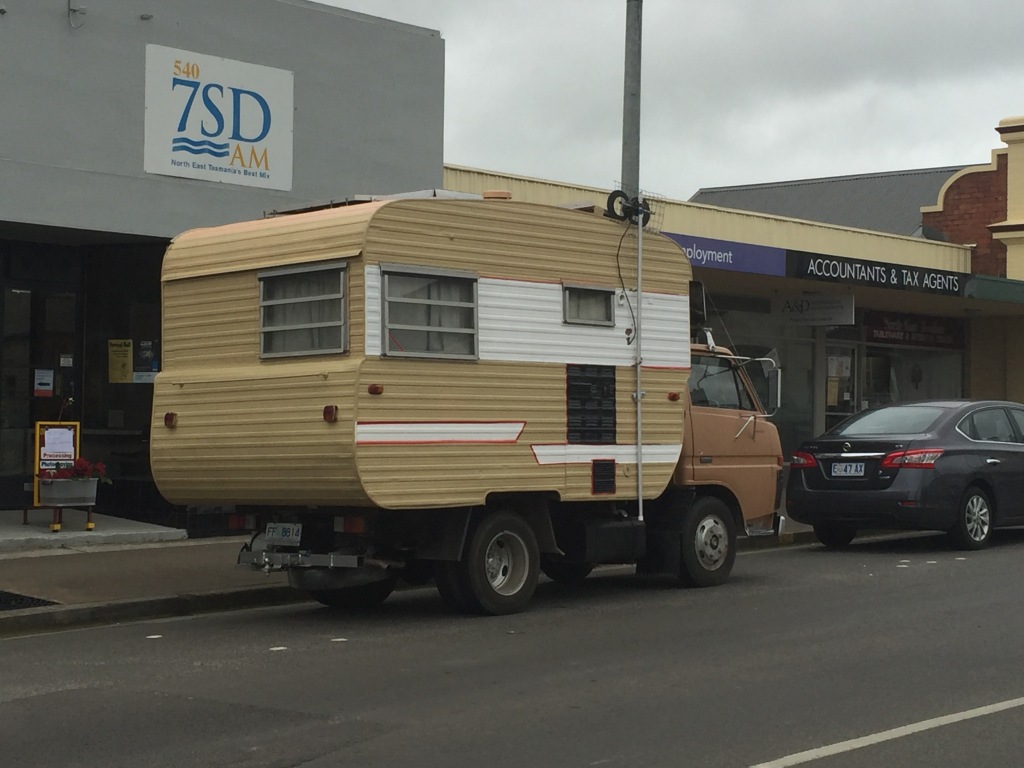 and the old National Bank of Tasmania in Derby.  What a gorgeous little building in such a blink-and-you’ll-miss-it town.  We stopped here for coffee and had to drive the length of the main street twice before we found somewhere that was a) open and b) sold coffee.  We found the old general store that had been changed into a coffee shop.  The owners had only been in business for 1 week and were still trying to work out how to use their coffee machine. 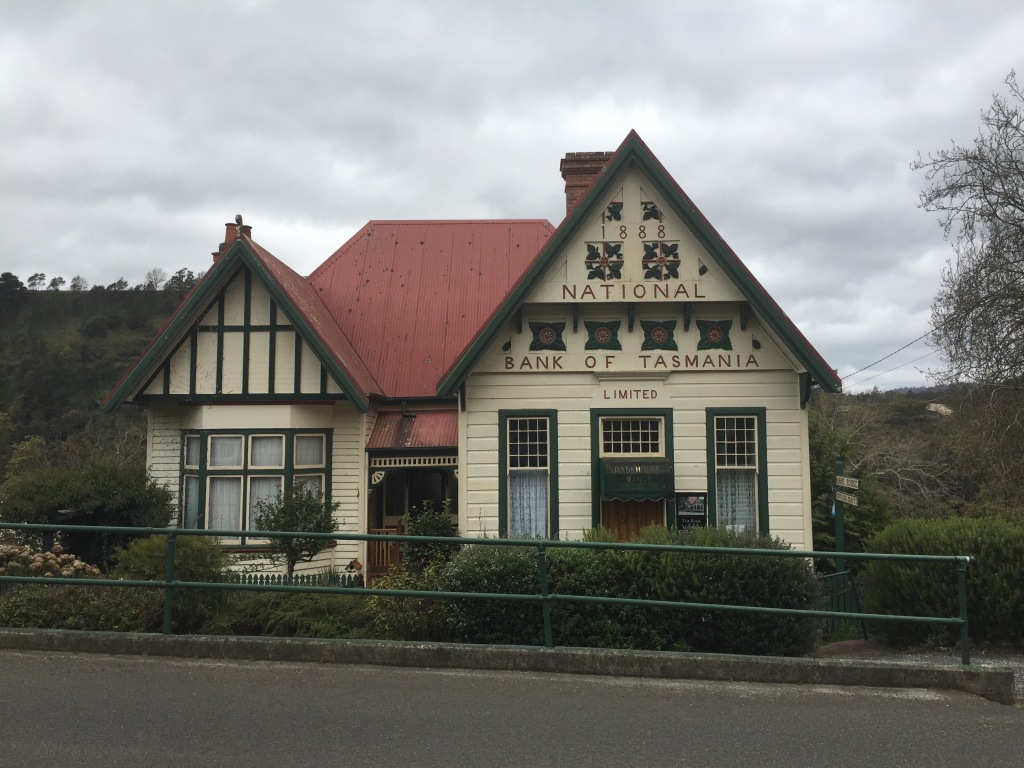 Then we came across a lovely building – Peppers in George Town.  This was our view.  The wind was blowing in pretty hard off the Bass Strait, but it was still pretty. 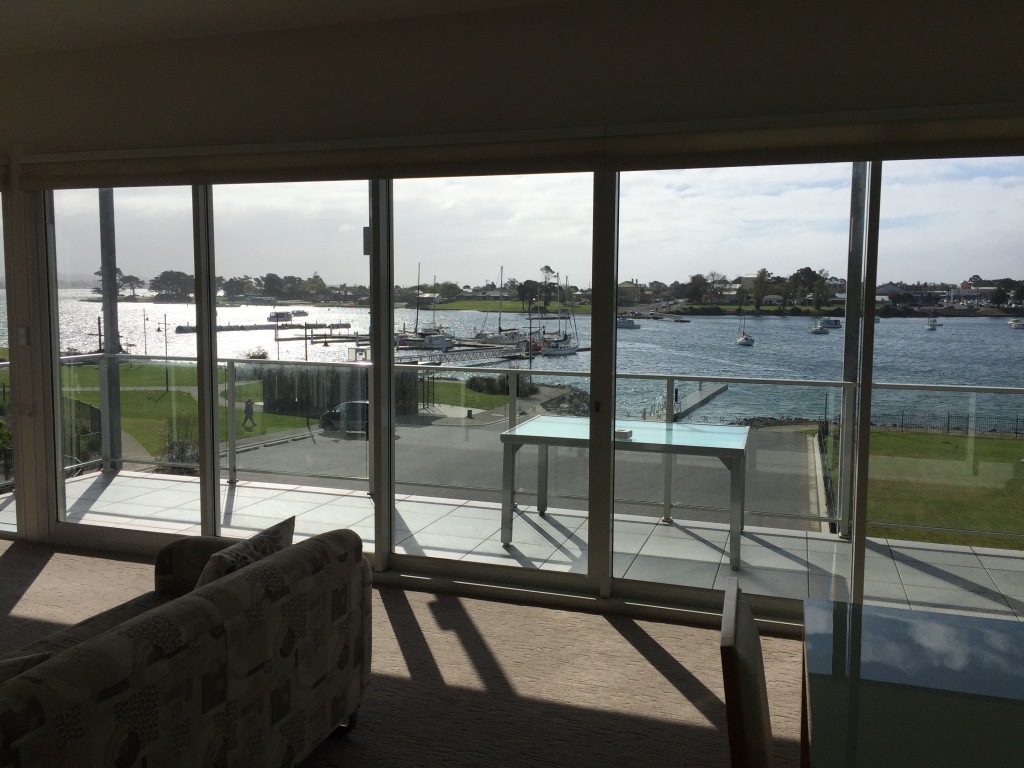 George Town has Heritage Trail around the little town with a map showing houses that were built as early as 1830.  George Town is the 3rd oldest town in Australia after Hobart and Sydney.  It was where Bass and Flinders stepped off their ship after discovering the Tamar River.  George Town was settled and a Pilot Station was built at Low Head – the most northern tip of Tasmania.

The Pilot Station is still in use as a base for the pilot boat to come and go from and the old station is now a museum and cafe.  We were shown around the museum by Don who was so enthusiastic about the history of the station.  He told stories and made it super interesting.

The story of this young lady – Kathleen Cashion – The Girl Signaller was pretty cool.  Have a read of this story ▼.  I love that she gets her mum to stand in for her when she eventually leaves the house.

The view out from the Station Master’s house to the Tamar River. 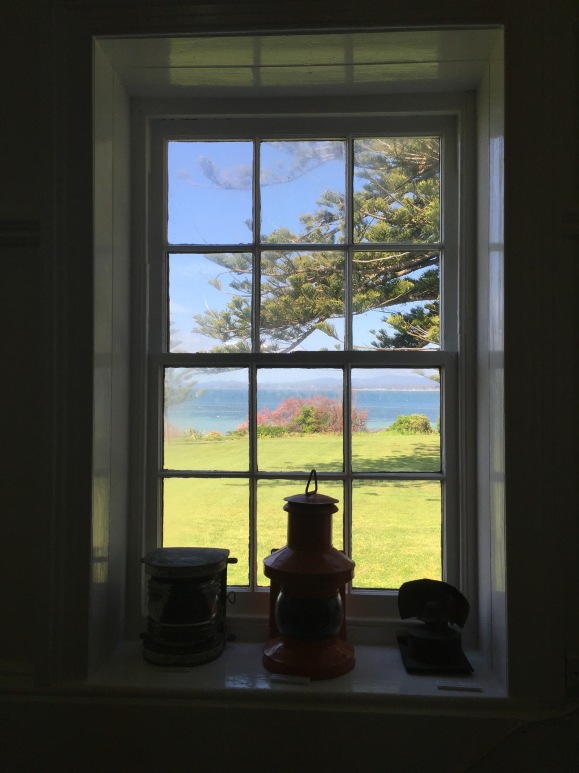 These were the flags used to signal the ships.

And what you’d have to know in order to use them.

I’m thinking that this type of suitcase might make a comeback. 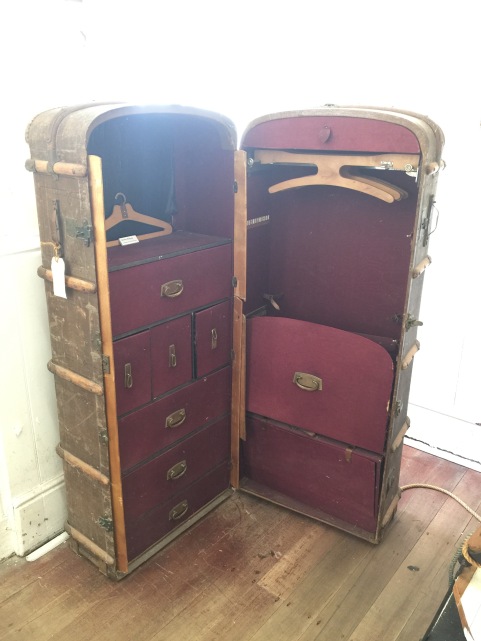 and checkout the old surfboard!

We stopped in at the cafe to sample another scallop pie….

and whilst we were sitting there talking about what it must have been like for people in the 1800s, it occurred to us that they might have some shipping records or some other information on our Great Great Grandfather….. So we asked the man there who was a full bottle on all things history and showed us these record books that were just there in his office – more than the Hobart library had!  And half way down the page, there he was.

We were driving around Low Head just having a look around and came across this spectacular set of tree carvings…. there was something for everyone from birds to fish to sailors and boats.

And then tonight, right on dusk…. it was time to meet the penguins and it was freezing!

Luckily the lovely people who run the penguin tour had a couple of heavy jackets to lend us.

The little penguins were just gorgeous.  We watched them come in from the water and they clambered up the rocks and then made a dash for it up the beach into the bushes where their nests were.   It was very low tide, so there weren’t as many of these cute little critters as there could have been.

Jenny was chosen to be the ‘gateway’ for the penguins to   waddle through.