Today is our final day with my lovely sister.  She has to fly back to Melbourne to attend to plethora Mum jobs, so we’re leaving her in Launceston before Me Jenny and I continue on our ’round the Apple Isle’ journey.

It was such a beautiful day today, like in the mid to high 20s.  We found a farmers market and we thought we’d purchase some local apples. 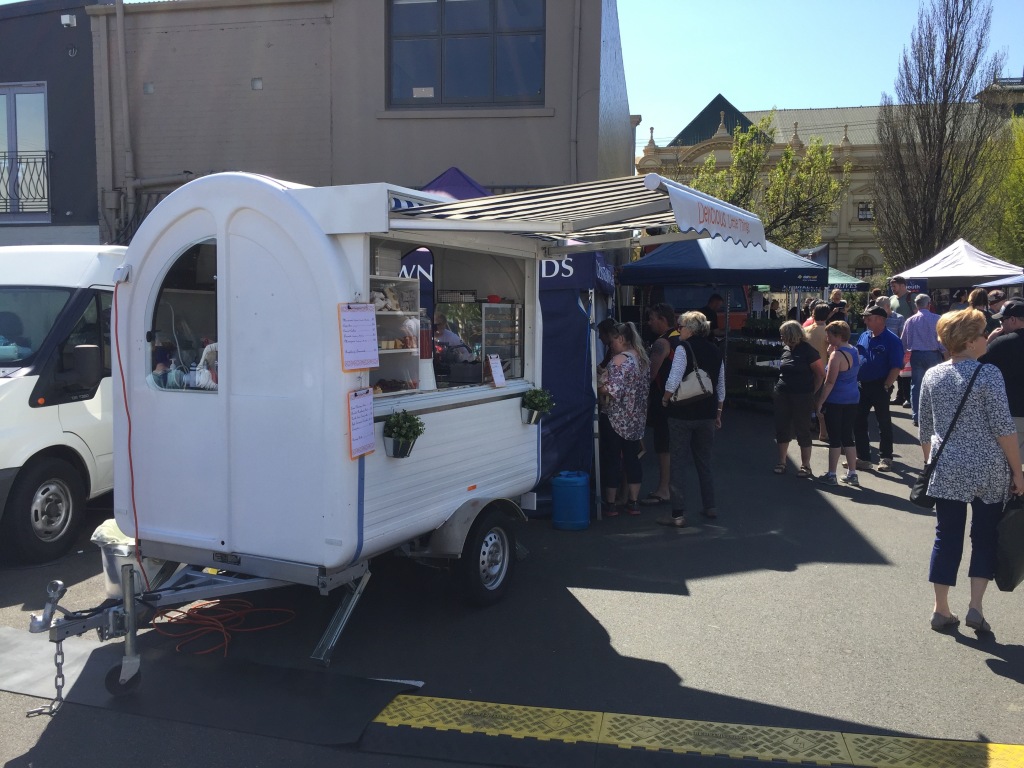 There were gorgeous caravans selling their wares…. 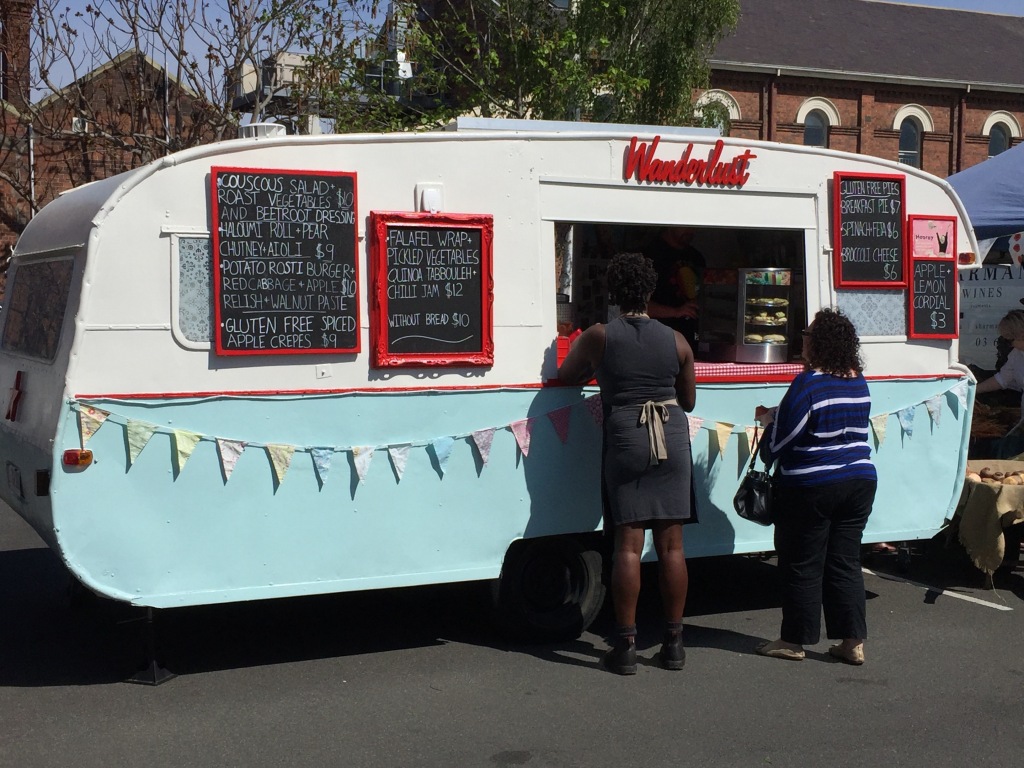 And some people cutting a rug….. 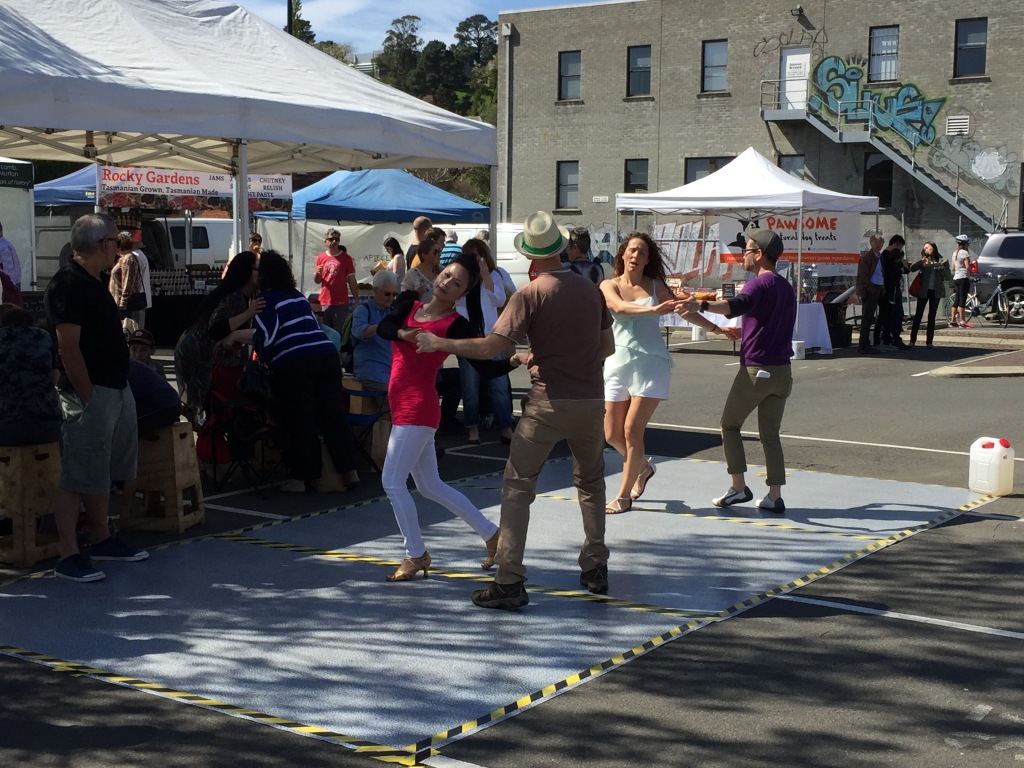 After having a wander around Launceston, it seems we forgot to get the apples we had originally gone to the market to get, dropped Jodie off and made our way up to the north coast to our accomm for the next couple of nights in the town of Penguin.

This is the view of the Bass Strait from our room ▼ 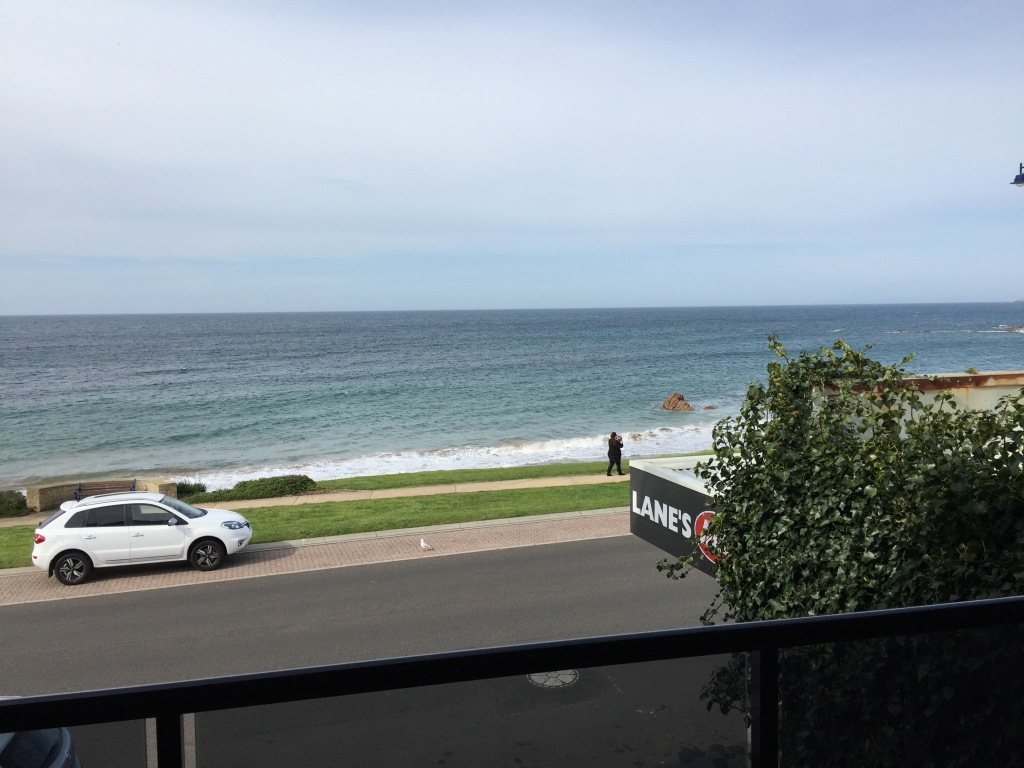 The hotel we’re staying in used to be a bank and the man was trying desperately to show us all the features of the building, but we had to cut him short and say that we were a little desperate to get into the room to watch the footy – for those non Australians following along, today is the AFL Grand Final and the West Coast Eagles are playing.  I must admit, I don’t follow the footy all season, but I’ll always watch the Grandy and as I’m from the West – the Eagles are my team, but Me Jenny….. she’s a different story.  She watches every game, knows all the players, can spurt out stats and is an enthusiastic supporter, even from her own lounge room, offering her encouragement by shouting hints and tips at the TV. 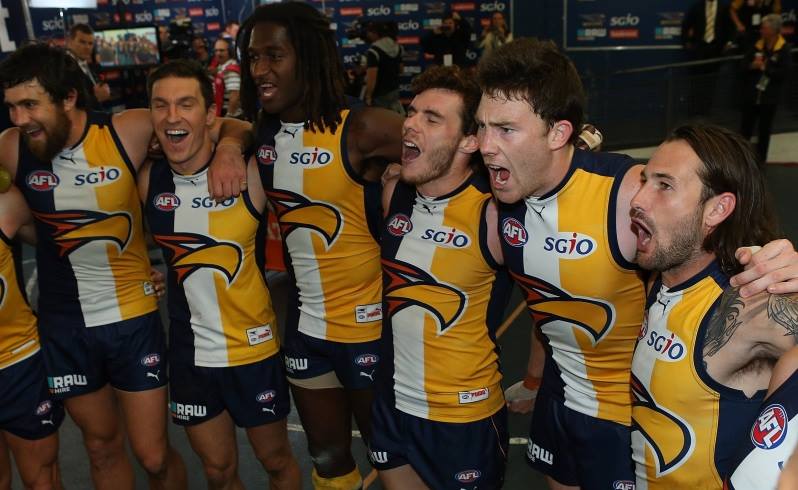 Photo: From The West Australian

We thought the Eagles were in with a massive chance since they’d played so well all season, but as the first half unfolded, it wasn’t looking good, then this chap ▼, No. 33 – Mr Hill, ran into what was seemingly an open goal and the Hawthorn bloke, No 17 – Mr Lake, managed to dive into the path of the ball and push it through…… even the coaches were laughing at how ridiculous it was, but it pretty much spelled the end for the Eagle’s Grand Final campaign.  I mean, look a the score.  Poor bastards. Photo: Grabbed from a video by The West Australian

Then…… when we were watching the aftermath of the medals and the Hawks celebrating the hotel chap knocked on our door to offer his condolences and a bottle of WA wine to drown our sorrows.  Whilst we appreciate the gesture, the wine was a Chardonnay Verdelho.  Don’t try and tell me that’s not his secret way of rubbing salt into the wounds! 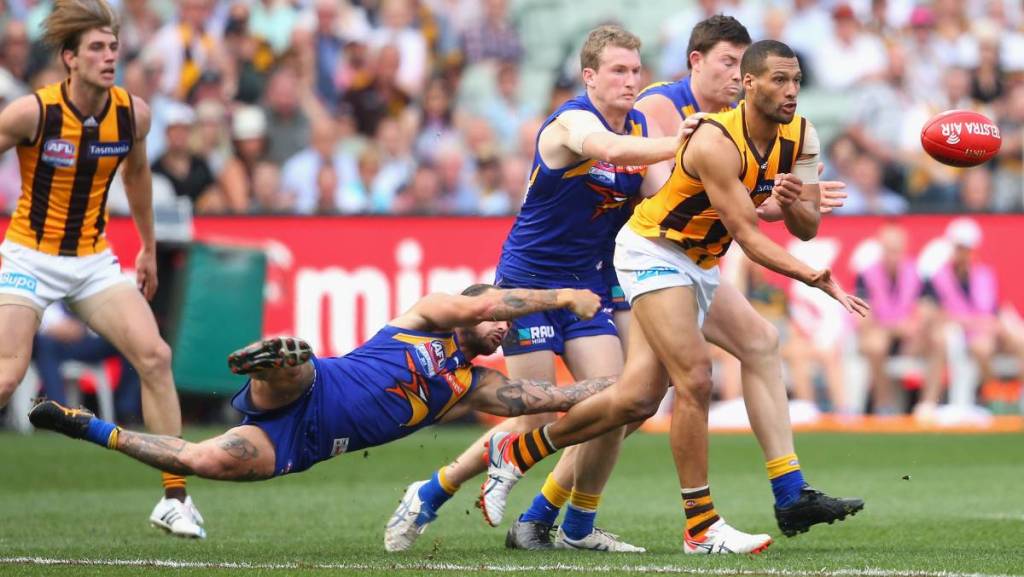 This pretty much says it all!