After a balmy 22 degrees yesterday we got a tiny bit cocky, walking about in our one layer….. then last night something happened and it was FREEZING!

We woke up this morning to a freezing cabin with a small heater that heated about a foot in front of itself and stopped.  We have a fire place, but didn’t want to light it before we went out for brekky.  So a hot shower was the only thing to do…. just a quick question – who puts unheated slate floors in a bathroom in a climate where it snows?

We sat in front of the roaring fire in the dining room for brekky and thought our cheeks would melt off and then headed out for another walk.  This time we took the 40 minute circuit path to King Billy – a tree that was named after an English King William. 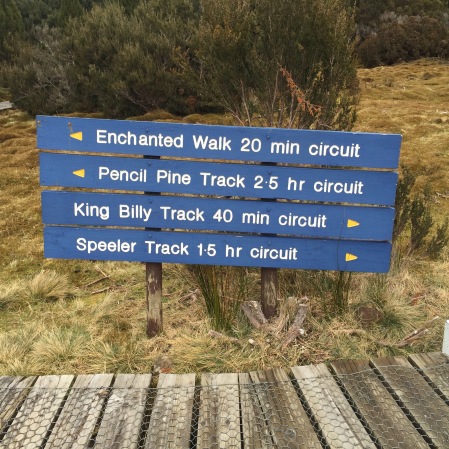 It was freezing!  The temp is measured in a nearby town of Sheffield which was only getting a high of 12 degrees today….. but up here on the mountain – she was bitterly! 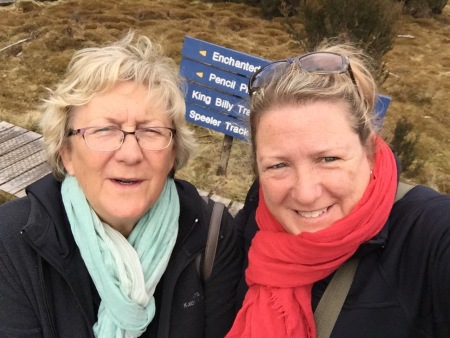 The walk was beautiful.  Very similar to yesterday’s walk with a .5m path and lots of lovely mossy fallen trees and shrubs and animal poo and burrows. 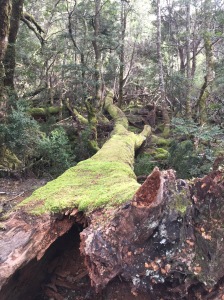 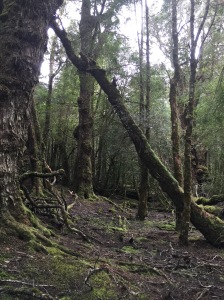 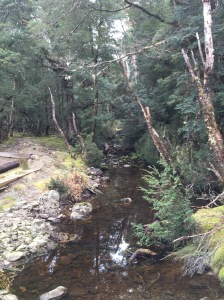 This walk (you’ll be pleased to know Madeline Kennedy) was uphill – all the way to the top at about a 25-30 degree gradient – with steps. 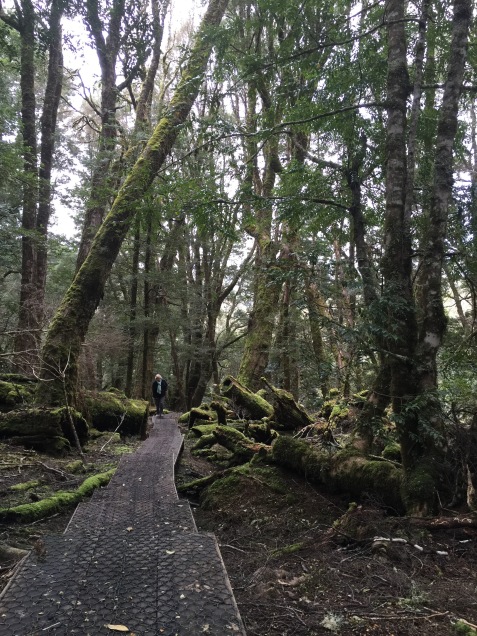 There was a little bit of whinging about the steepness (I won’t say who from) but we reached the top and got to look at King Billy.  Now, I think it’s important for you to know in order to understand our slight disappointment….. we didn’t actually know what King Billy was when we set out.  We were thinking a view of some sort, as we were aiming for a ‘look out’, or maybe a tree shaped like a crown?  Or maybe the track was simply named after somebody….. so it was bit of an underwhelming surprise when we got to the look out and and found this. 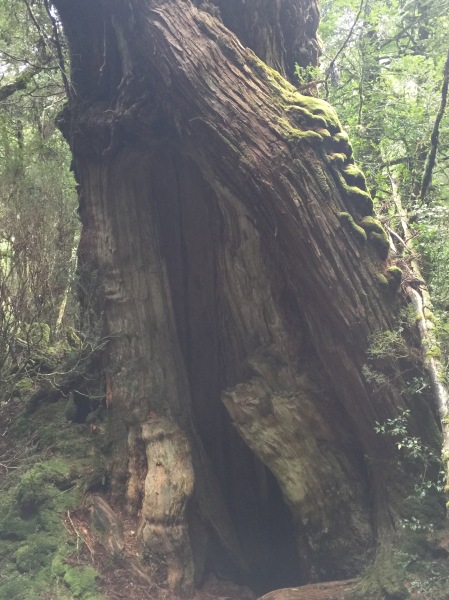 Let me give you a little run down about this tree.

King Billy was the name given to the Aboriginal tribal leader of the Oyster Bay people, after the reigning King of English, King William.

King Billy pines prefer step, broken country with well-drained, poor, shallow soils.  In this environment they can grow up to 40m high.  The potential devastation fire has on the environment makes this an important management issue.  Fire will destroy old growth trees and any seeds in the soil, affecting their chance of regeneration.

The use of the King Billy pine in Tasmania extends back to late 19th century.  The west coast proceeded a suitable habitat for the King Billy which was used as fuel for smelters and mines.  The extensive use of King Billy at Cradle Mountain can be seen today in the boat sheds and at Waldheim as shingles and support beams.  Generally, it is easily worked, durable in soil and in water, specifically used for boat building, palings, shingles and joinery, pattern making, in vats and for sounding boards of musical instruments.

The significance of the King William or King Billy pine in Tasmania extends to ancient super continent, Gondwana. This species has been found in the fossil record from the Cretaceous (97 to 65 million years ago) deposits in both South America and New Zealand. The only representatives of the family Cuppressaceae are found in the southern hemisphere.  Those endemic to Tasmania are the King Billy pine (Athrotaxis selaginoides), Pencil pine (Athrotaxis cupressoides) and a hybrid Athrotazis laxifolia.

It’s amazing the amount of specific information you can take in from just staring at a tree, isn’t it?

We finally came to the downhill bit and sat and looked at the beautiful vista….. 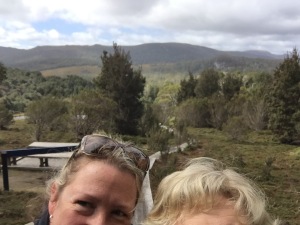 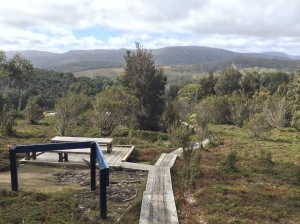 Then turned our heads slightly to the right and look what we could see! 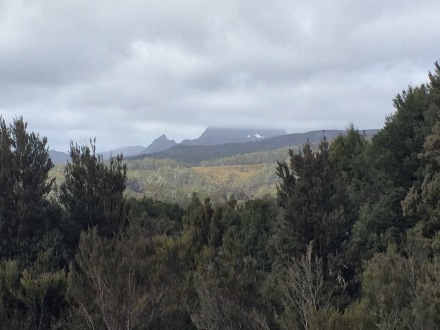 Home to get the fire roaring now.