I’m generally a fairly big winger when it comes to heat and being too hot (temperature-wise, of course) but it seems that today, I wasn’t the only one.  She was hot and muggy in Singas today.

So on a hot and muggy day we thought the best idea was to wander around the Botanic Gardens.

We’d read about the ‘mute swans’ that live on Swan Lake and we were very eager to find our whether they were in fact mute or if they just didn’t speak the language – they were apparently from The Netherlands after all.  Perhaps they just spoke Dutch?

Anyway…. we got there and passed about 10 signs saying “Please do not feed the birds”

Now, even though this sign has a picture of a pigeon like bird, I class swans in the same category… but apparently the people you can only just see in this picture here

thought that the sign didn’t apply to them and had 2-3 loaves of bread that they were flinging into the lake.

I couldn’t help myself and said:

“Excuse me, but you’re not meant to be feeding the birds.  The bread is not good for them.”

To which she replied: 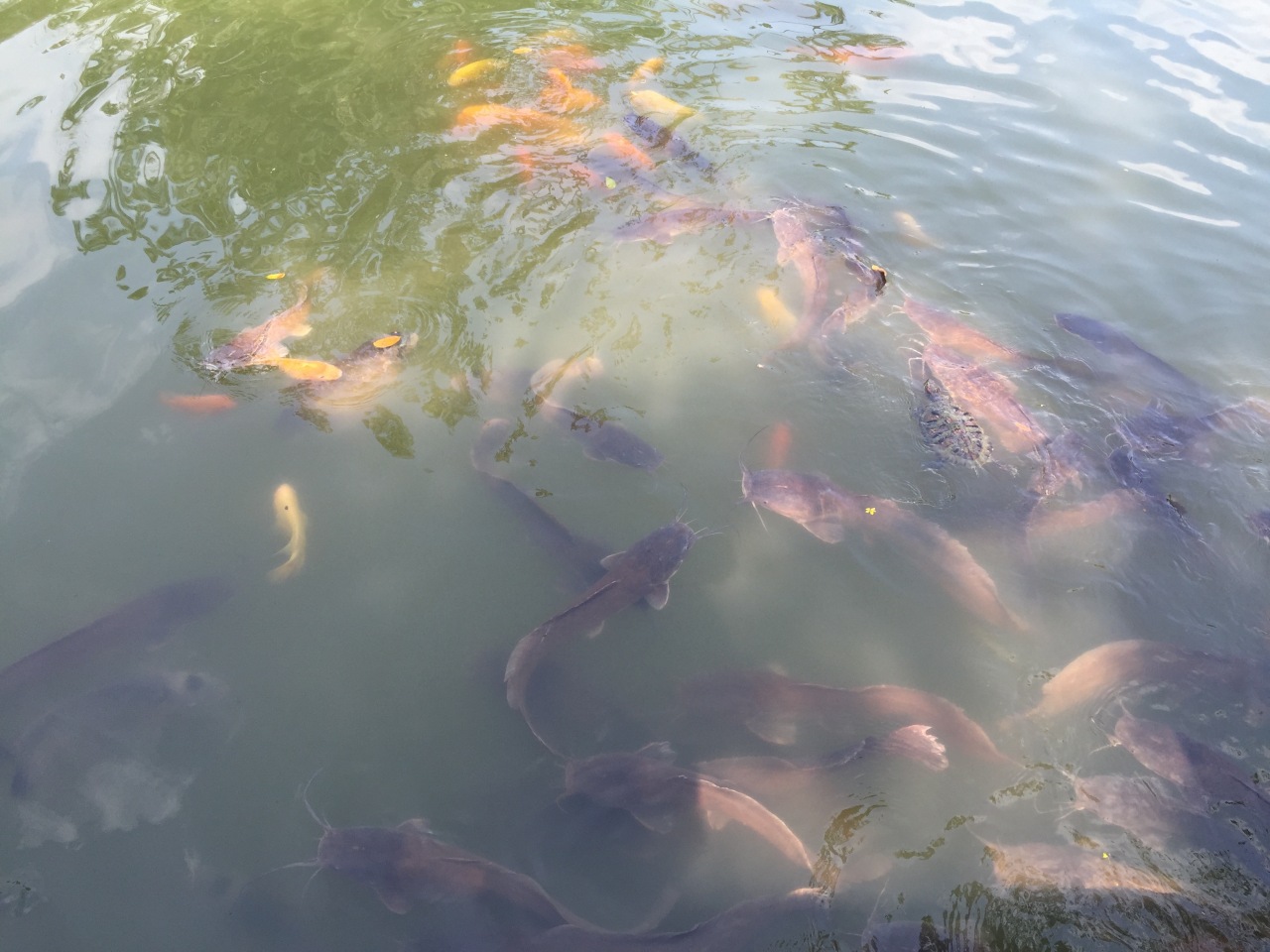 however the young lad was aiming his bread directly at the swans so when I said:

“Yes, but the swans are eating the bread.”

She pulled out a container of pellets and said:

“No, we’re feeing these pellets to the swans.”

Besides pushing her in and watching her being devoured by the ginormous catfish, there was nothing else really for me to do, so we walked on by hoping that the swans would eventually speak up and tell the woman themselves.

Here are some lovely sights from the Bots.

Get ready for a few flowers…….

The prettiest flowers of them all….. 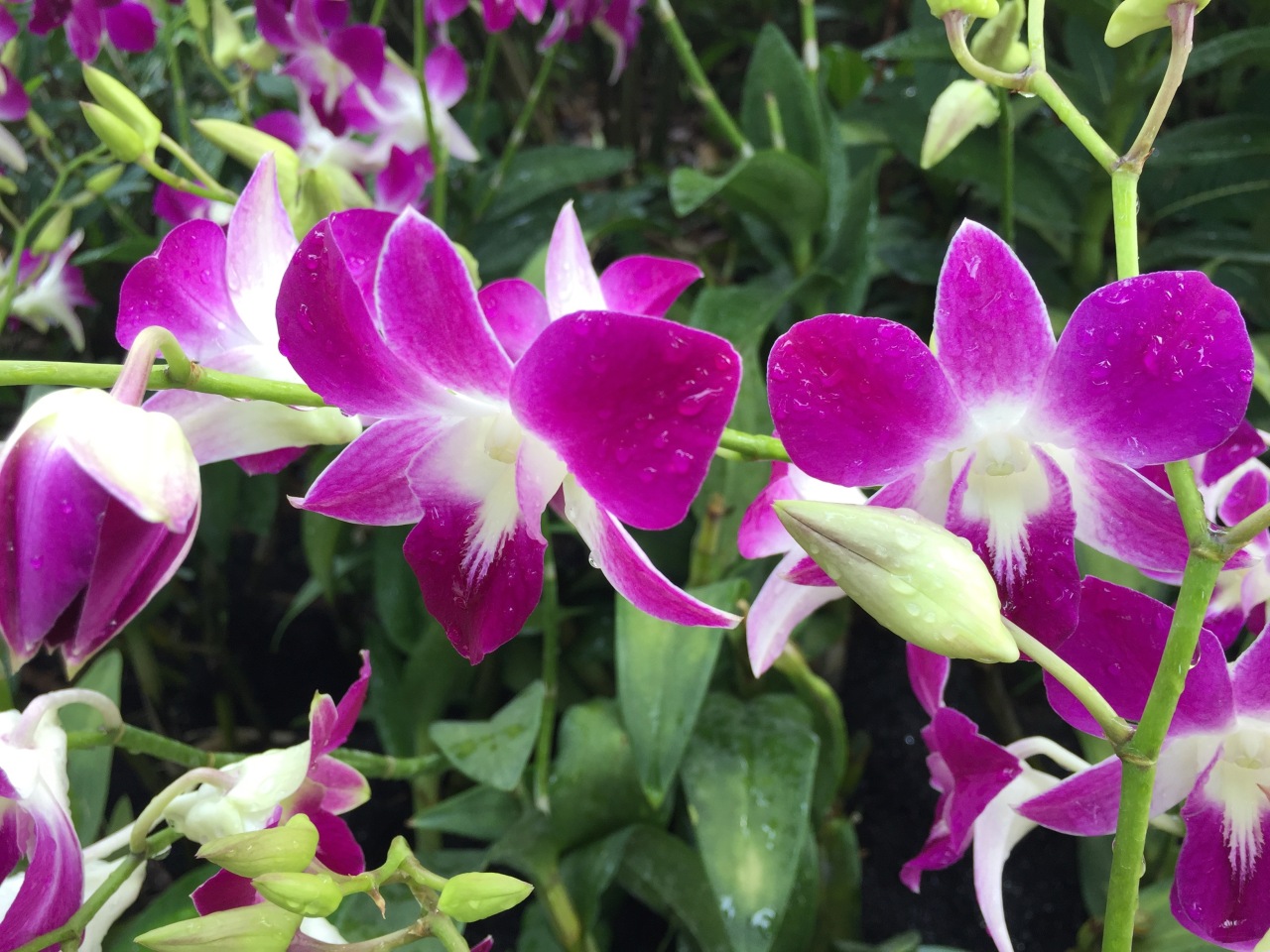 This orchid is named after His and Her Royal Highness, Due and Duchess of Cambridge on the occasion of their visit to the National Orchid Garden on 11th September 2012

This poor ‘bride’, who may or may not have been getting married.  The ‘groom’ looked a lot older than her.  She may have been modelling for some sort of promotion? She had two maidens fanning her with hand held and battery operated fans. I tried to get close enough to catch some of that fan action without getting in any of the photos. 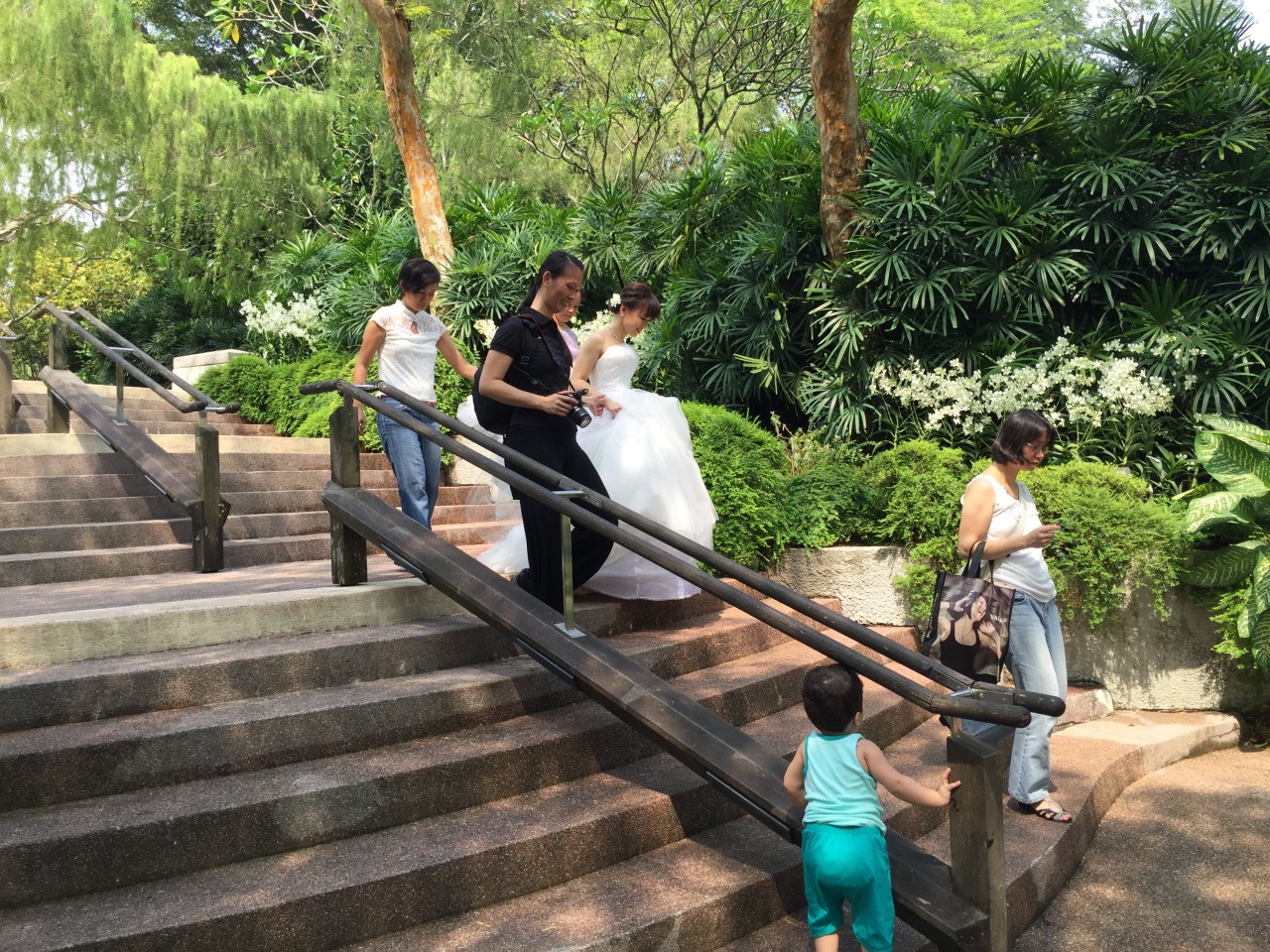 There were signs like this all over the gardens

Don’t walk not he garden beds… 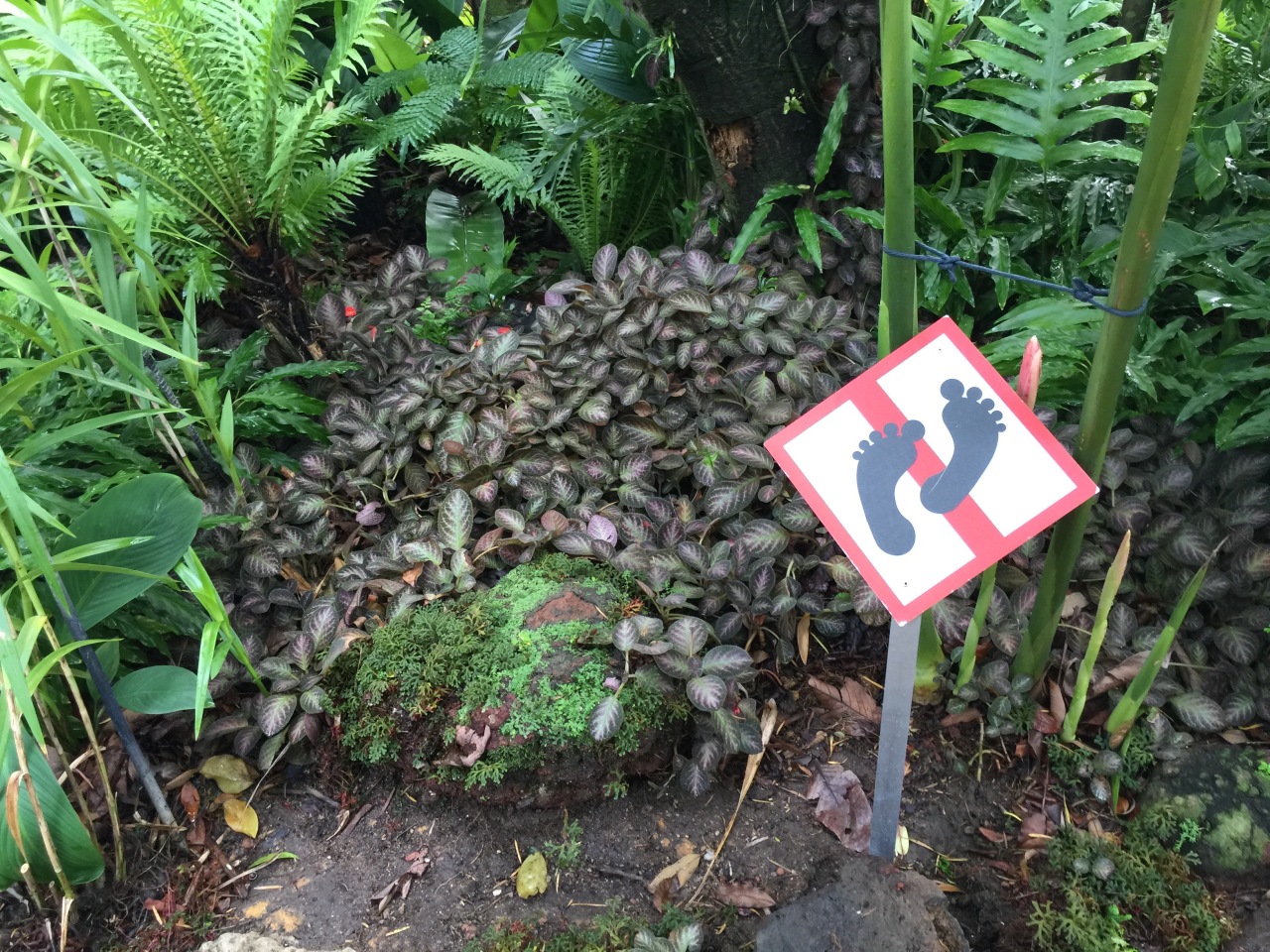 Don’t pick or squeeze the flowers….

However, somebody didn’t think about the fact that giraffes can’t speak sign language! 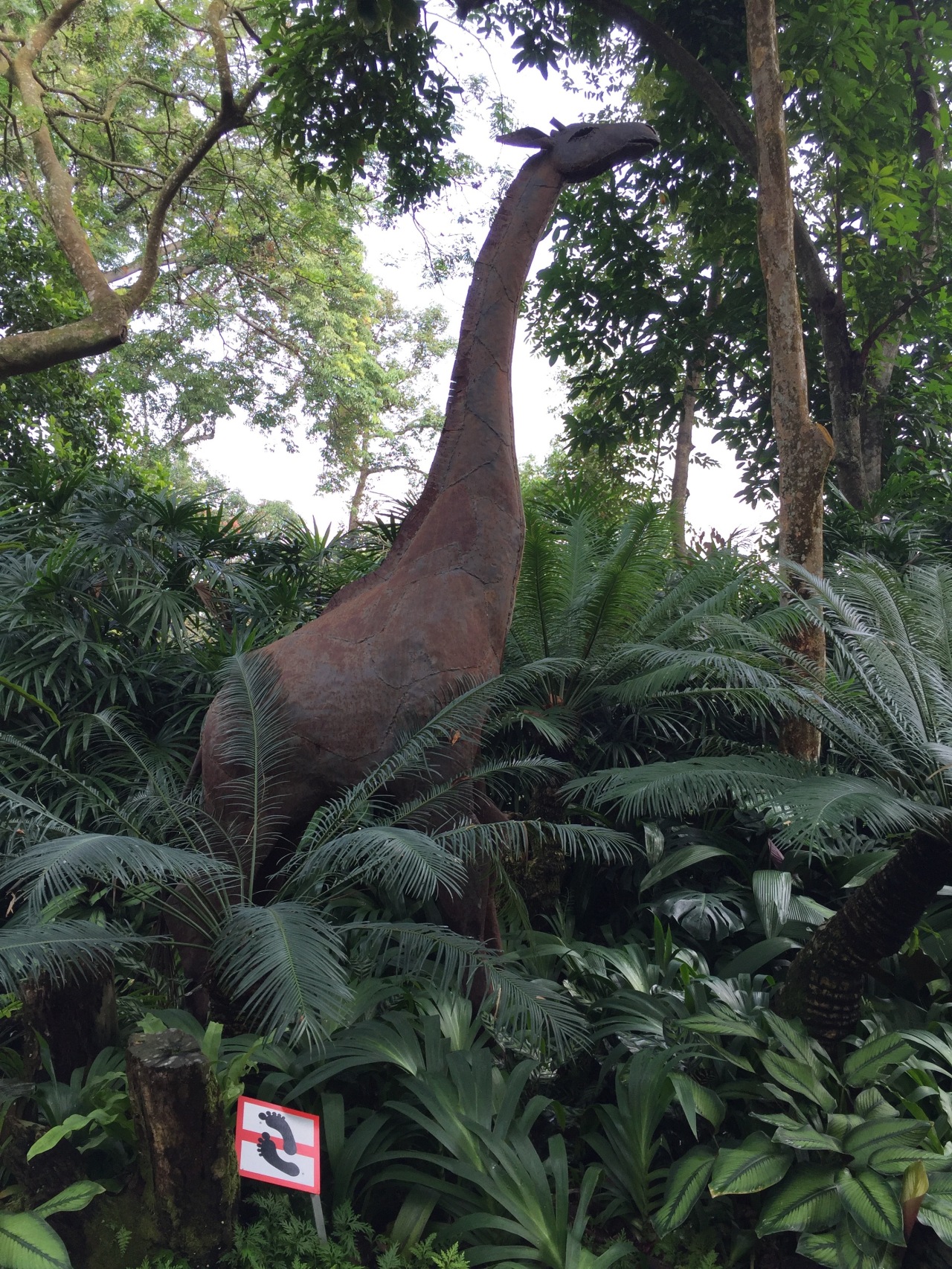 It was so incredibly hot that when we stopped under a shelter that had ceiling fans to cool down a bit, a lady took pity on us and handed us both tissues saying, “You look like you could use them more than me” (or words to that effect)

Here we are having another sit down whilst Me Jenny searches franticly for another tissue.

She were ‘ot mate! 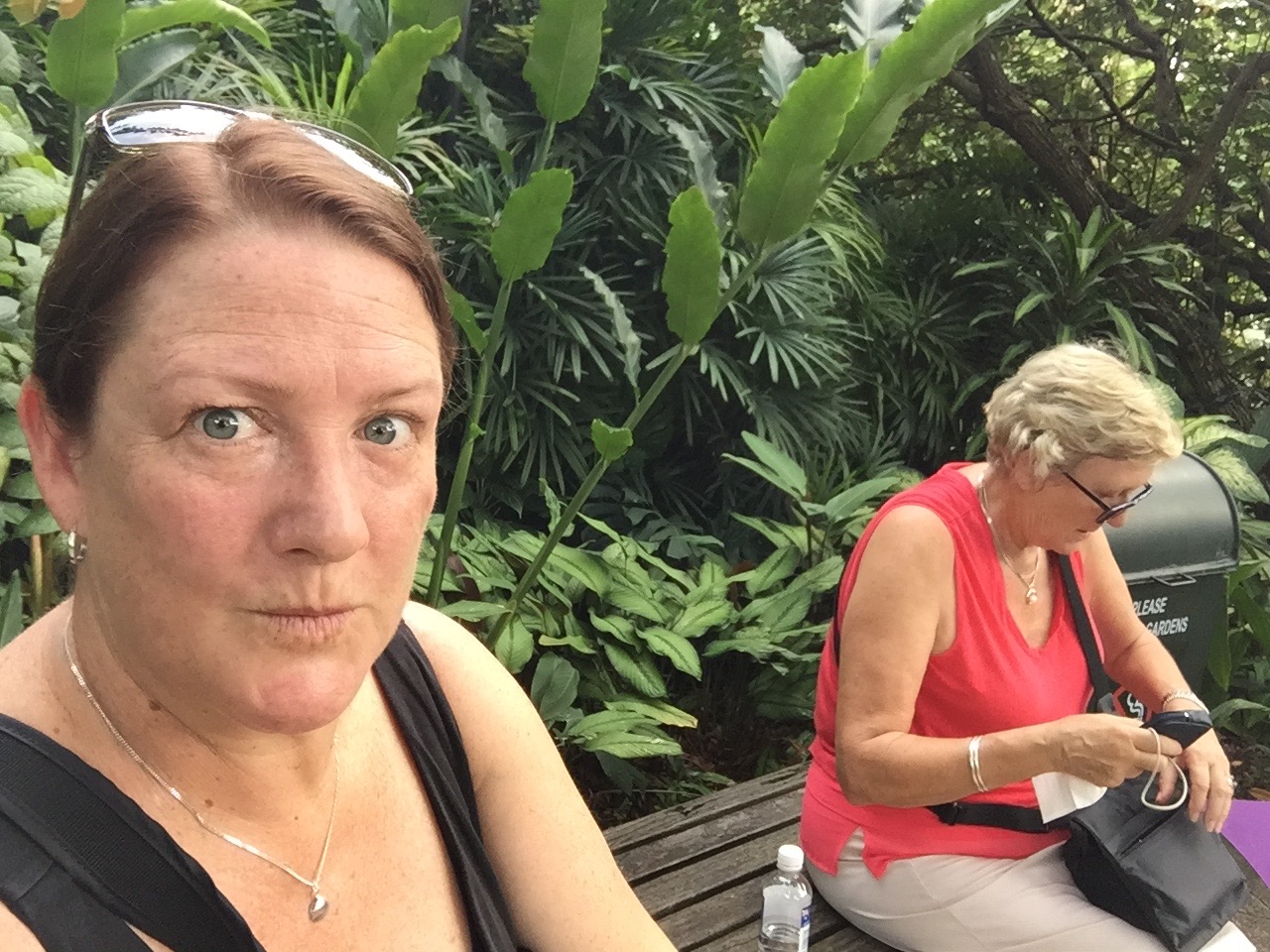 We were very lucky indeed to be able to meet up with these two gorgeous people – Jodes and Andre’, my lovely friends who live in Singapore.  We had lunch, laughs and finished in true Singaporean cliched style with Singapore Slings. 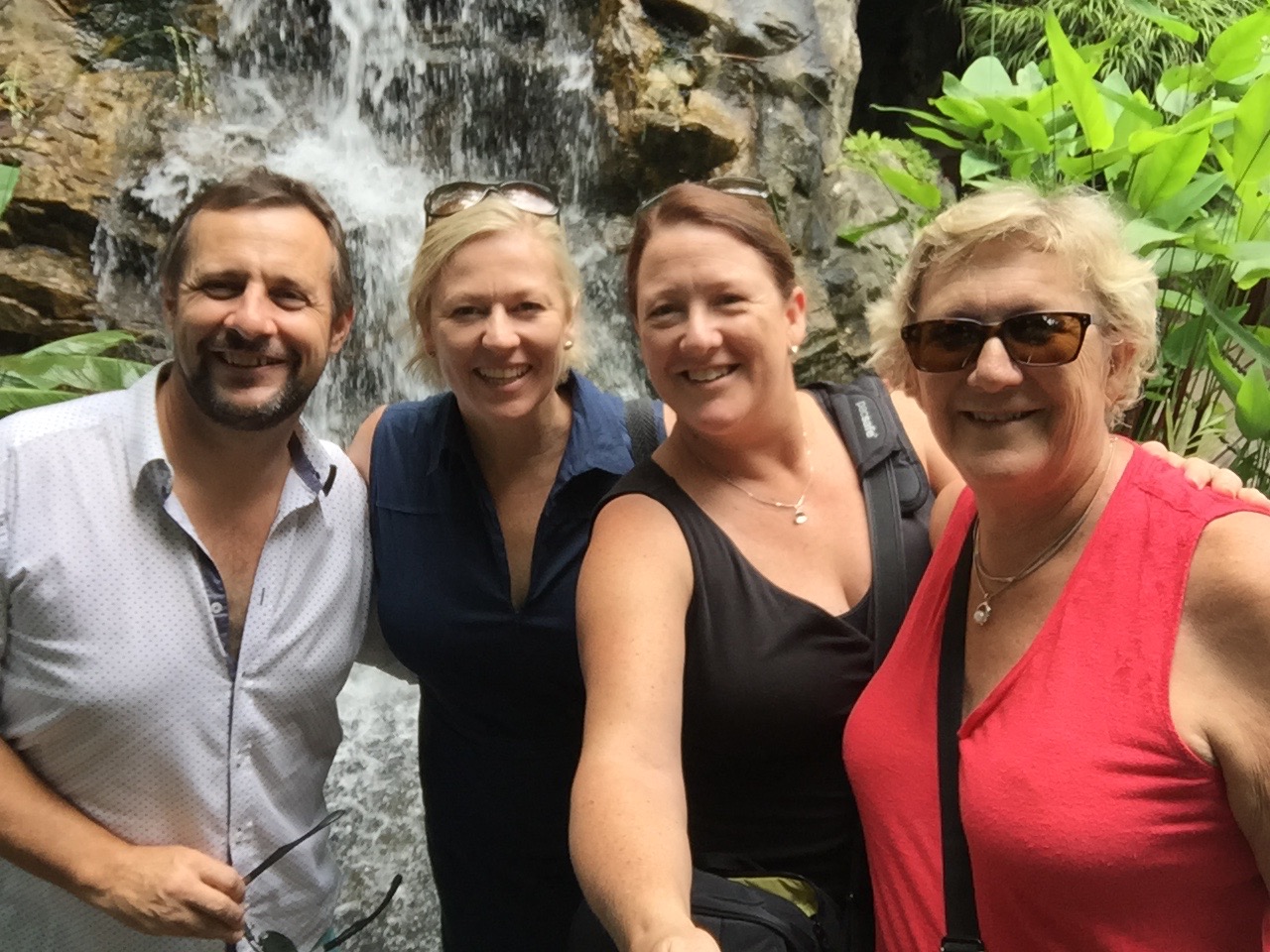