Monkey Mia has always been on my bucket list.  I’ve lived many a year in Western Australia but have only ever driven north, past Kalbarri, once before and on that trip we drove straight past the Denham turn off and missed Shark Bay altogether.

I wasn’t going to miss out this time.

So this morning we got up at the crack of dawn and drove across the peninsula from Denham to Monkey Mia in time to see the sunrise! 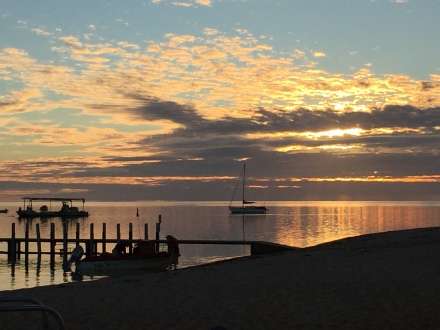 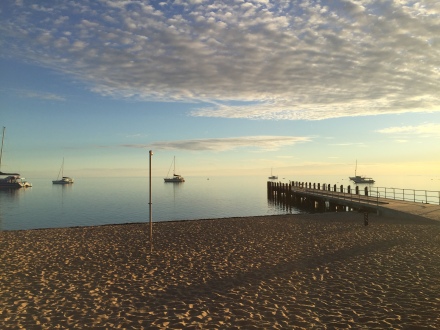 At 7.45am – on the dot, the dolphins starting to meander around the jetty in pairs.  Two of the small ones came into the shallows and just waited in the nose down, blow hole up power nap position. 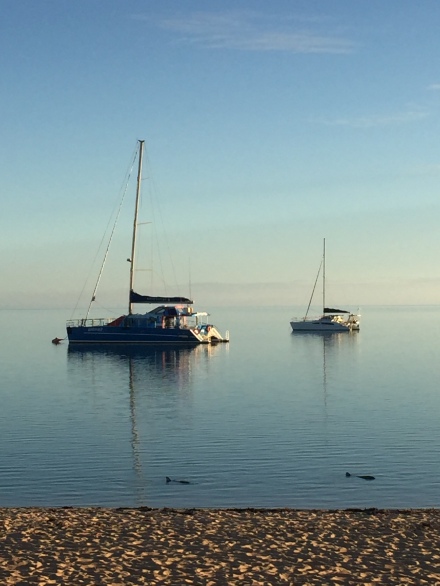 Then after the briefing from the wildlife Ranger, we were allowed to head down to the water’s edge.  How’s the mass onslaught of people? 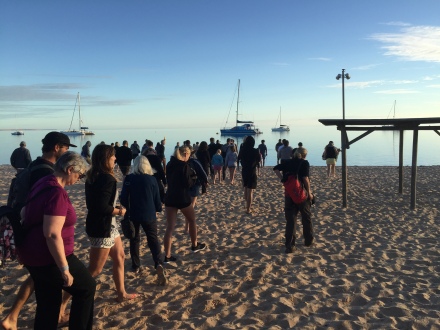 They only feed certain families of dolphins here and only the females within those families because the males can become quite aggressive towards the females and also to the people feeding them.

So the males and the other dolphins on the no feed list hung out a bit further while the others got their fish. 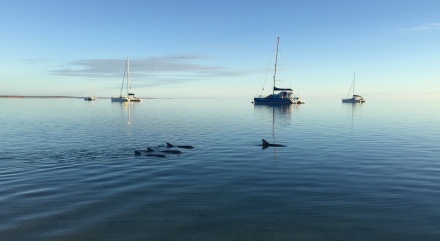 There were quite a few people there who were all well-behaved and all followed the Ranger’s instructions.  The most people they’ve had there was in the 700s! Glad we weren’t there on that day. 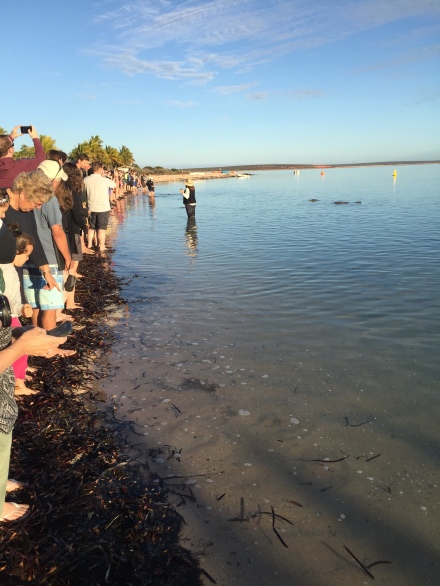 The dolphins on the feed list are allowed two fish and then they’re encouraged to head back out to deeper water to behave like wild dolphins.  Some of them have calves that need to nurse as well and they can’t do that in the shallows. 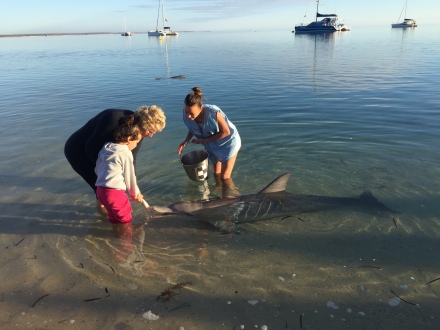 So the rangers wait for at least 10 minutes before they give them more fish.  The dolphins know when the 10 minutes is up though, because they started to head back into shore.  They do 3 feedings between 8am and 12 noon and then if the dolphins come back in, they’re not fed.  This encourages them to catch their own fish. 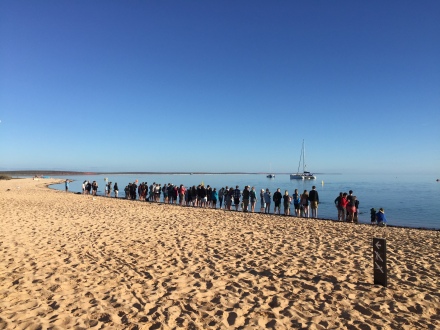 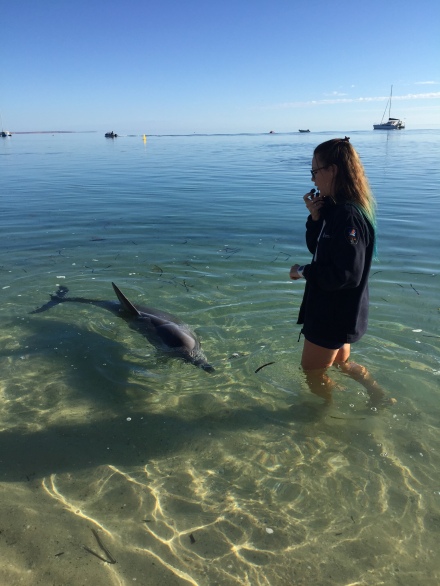 There’s not just dolphins in these waters.  Down along the beach there is a pearl farm, there are turtles, sharks and when in season (August to May) – dugongs. 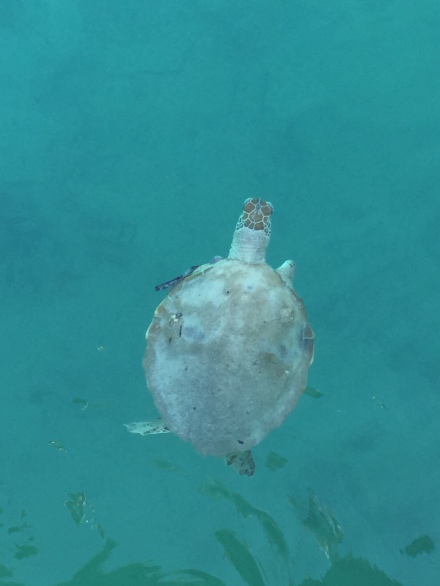 The whole time we were there the water and sky looked just like this – perfect! 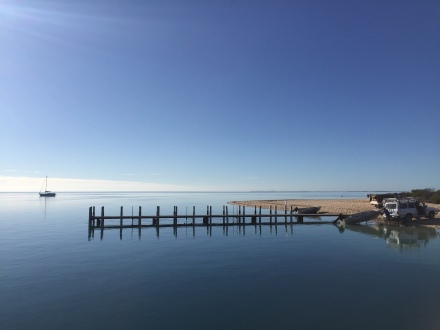 We had a lovely breakfast at the resort restaurant, then we were attacked (softly) by this emu – so that told us it was time to go. 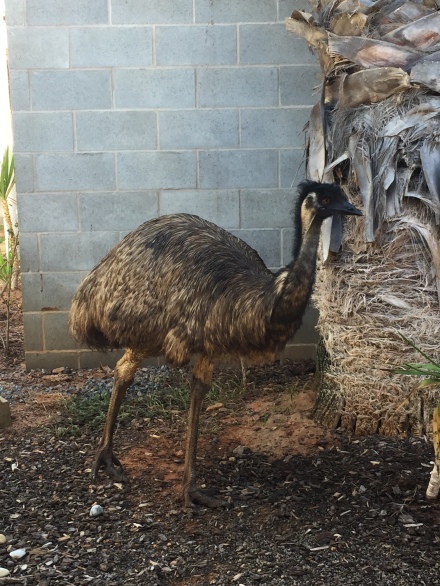 If you are in Denham and are looking for a transfer service across to Monkey Mia, I can highly recommend Shark Bay Coaches and Tours – 0429 110 104.  Super friendly people who pick you up from you accommodation and then you just call them when you’re ready to be picked up.  $15 pp one way. Great if you don’t have a car.