It was all a little bit rainy today which was great that we chose to go to the beach yesterday.    So today’s activity was a leisurely ramble along a stream and possibly down some Devonshire tea – or as the English say – cream tea.

We found our cream tea location.  A National Trust house along side this picture perfect stream.

We had just walked down quite a steep hill, so finding this at the bottom made everybody very happy. 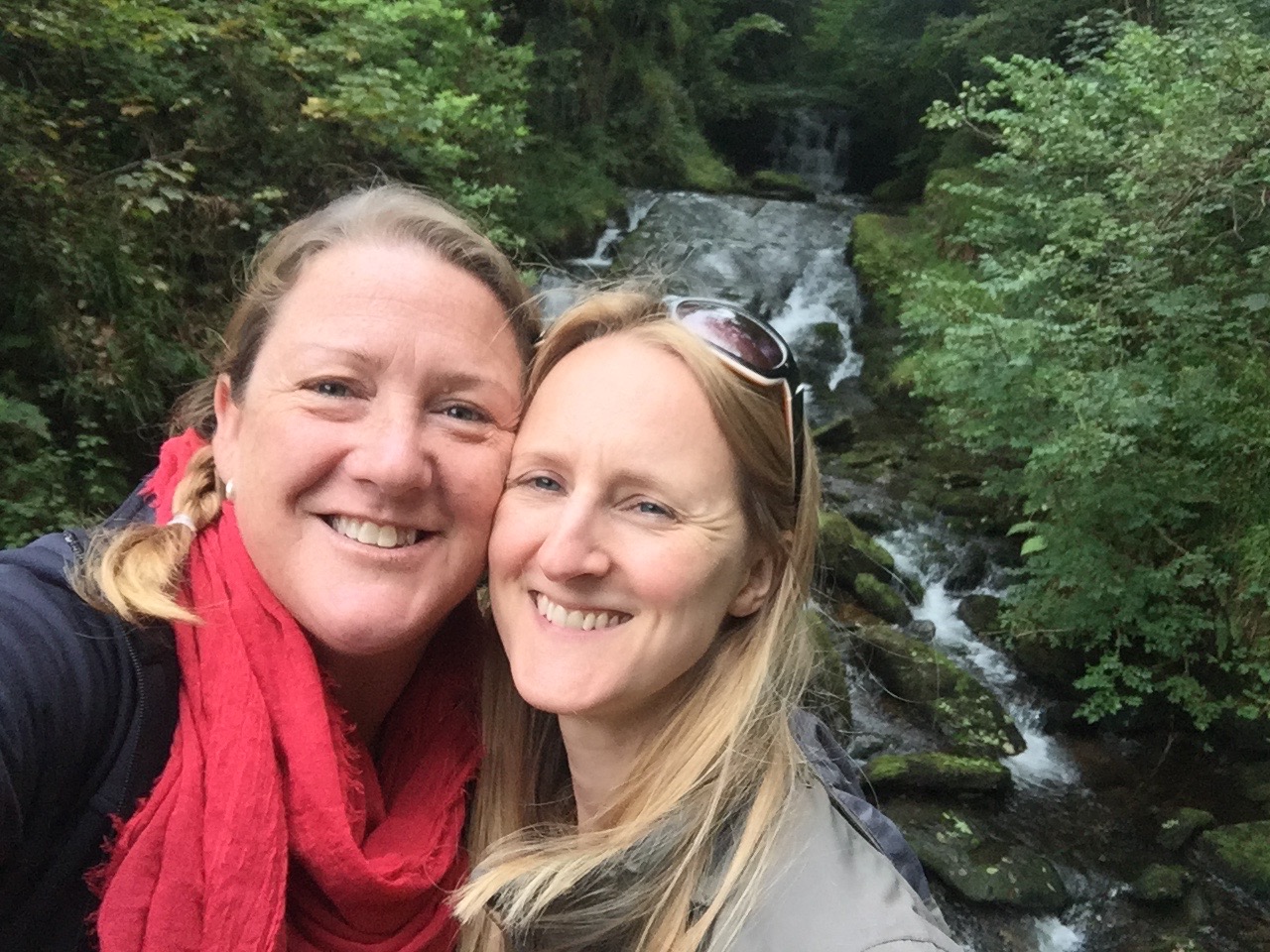 The best idea we’d had all week was to have the scones before the walk… with real clotted cream from Devon!

The gorgeous old house where the cream teas were had.

Then we were off up the garden path… 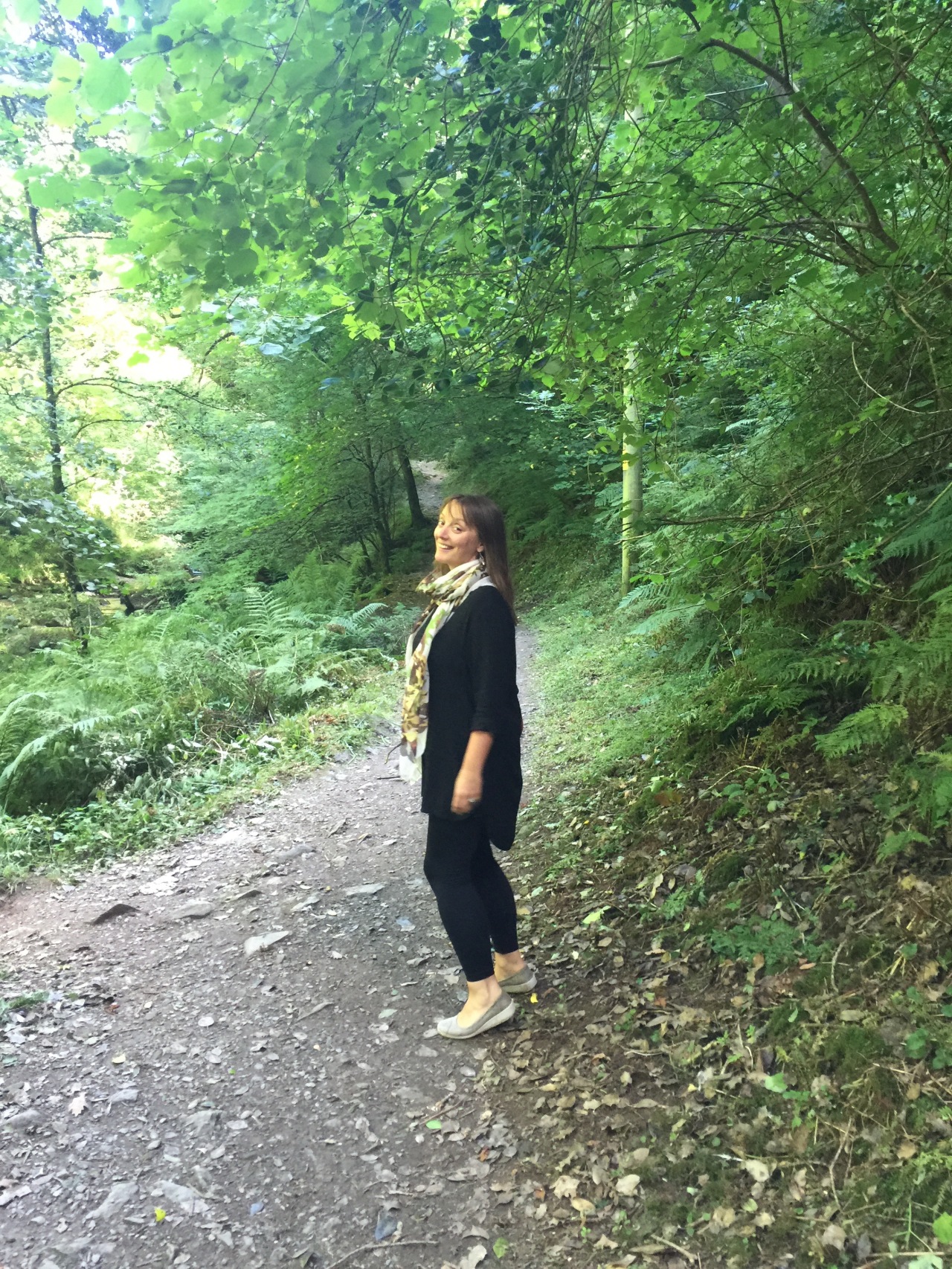 And working out which way to turn… which wasn’t hard as we were walking along a stream! 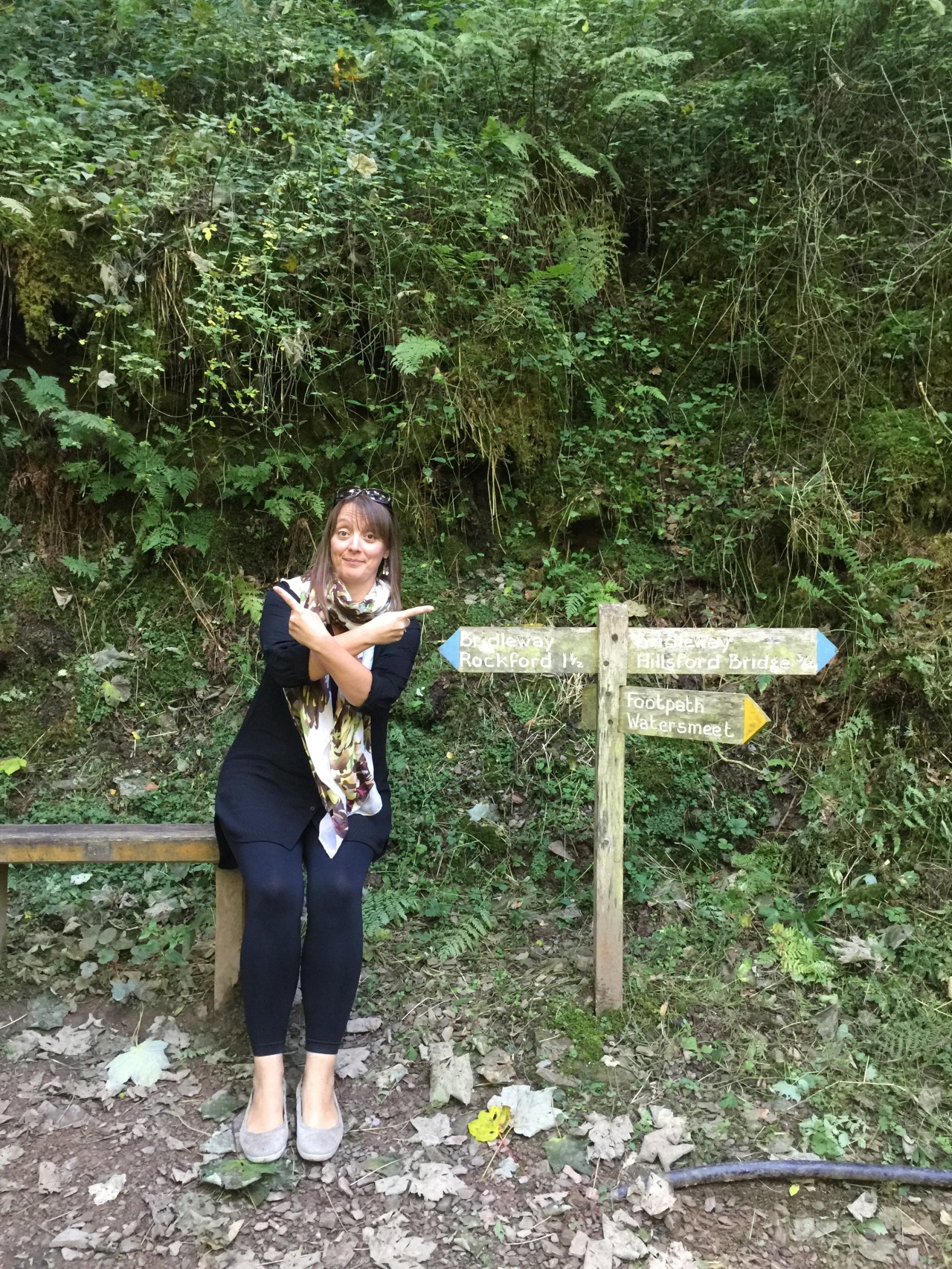 The Collis Family – Robin was firmly strapped in for the walk. 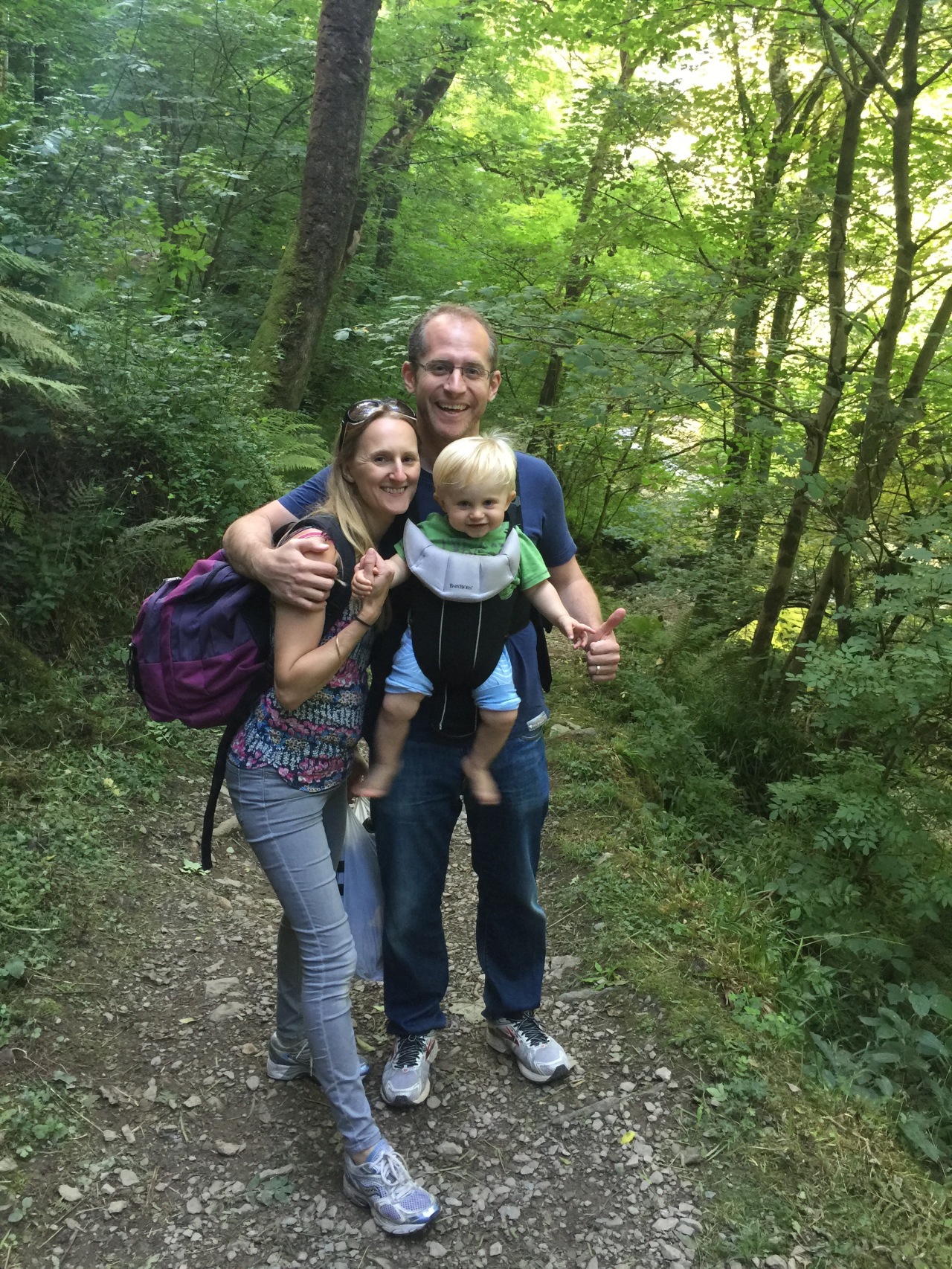 It was very picturesque.  I look a bit like a stalker here…. 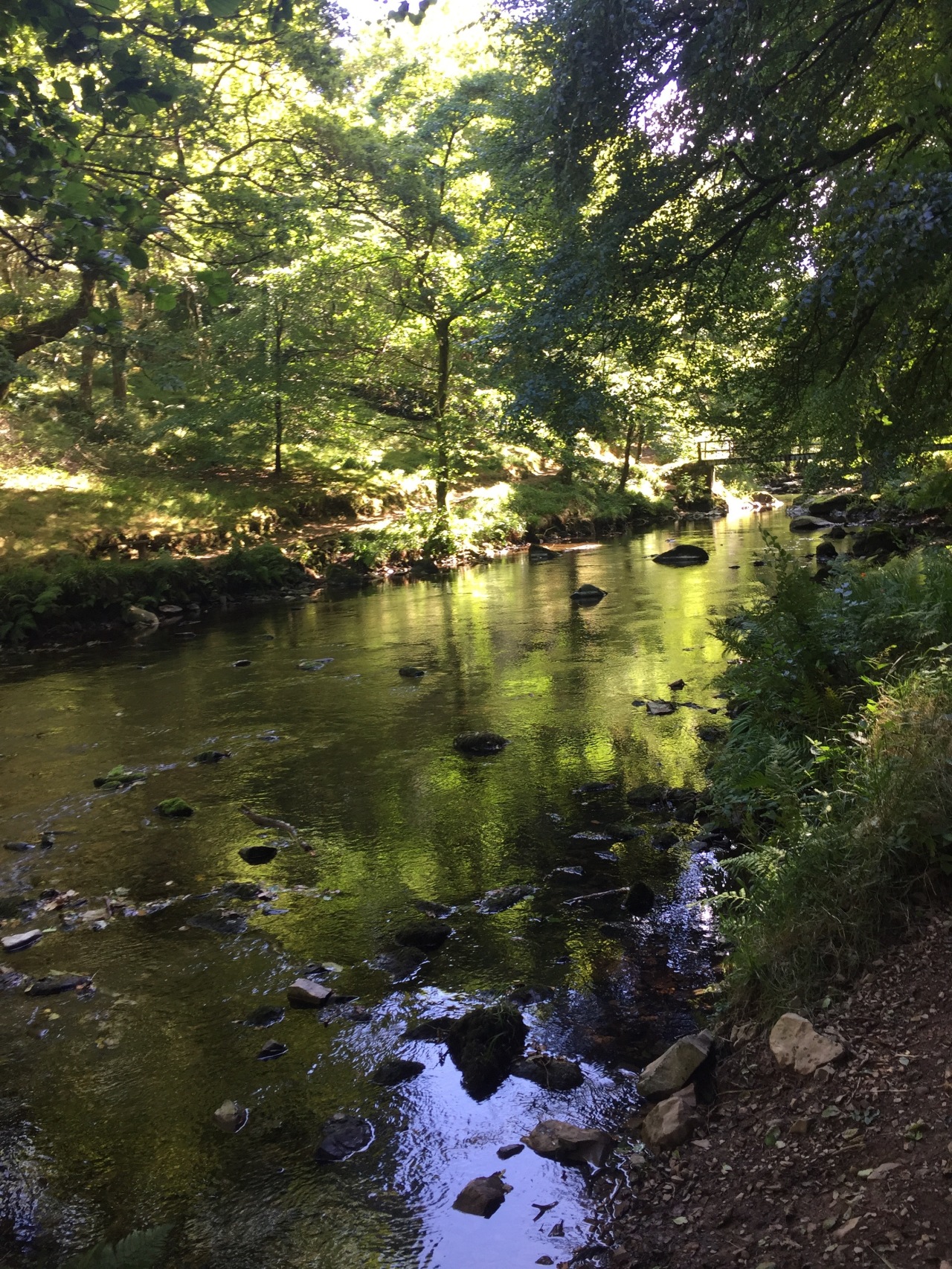 I think I may have won bronze, but I can’t be sure. 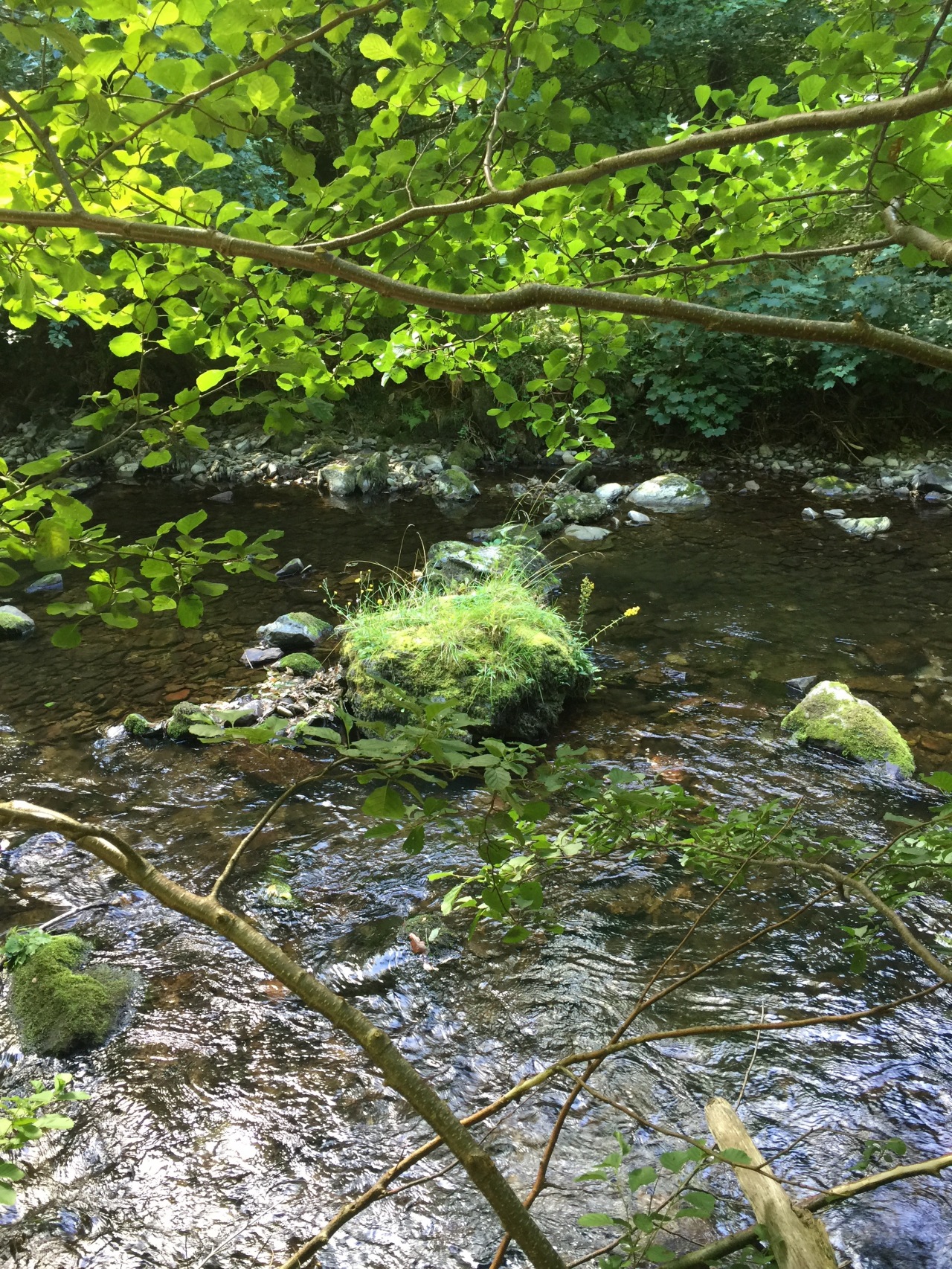 This prompted a medley of Dolly Parton and Kenny Rogers sing along songs as we rambled.

Lovely little Robin was as happy as Larry being carried by his dad. 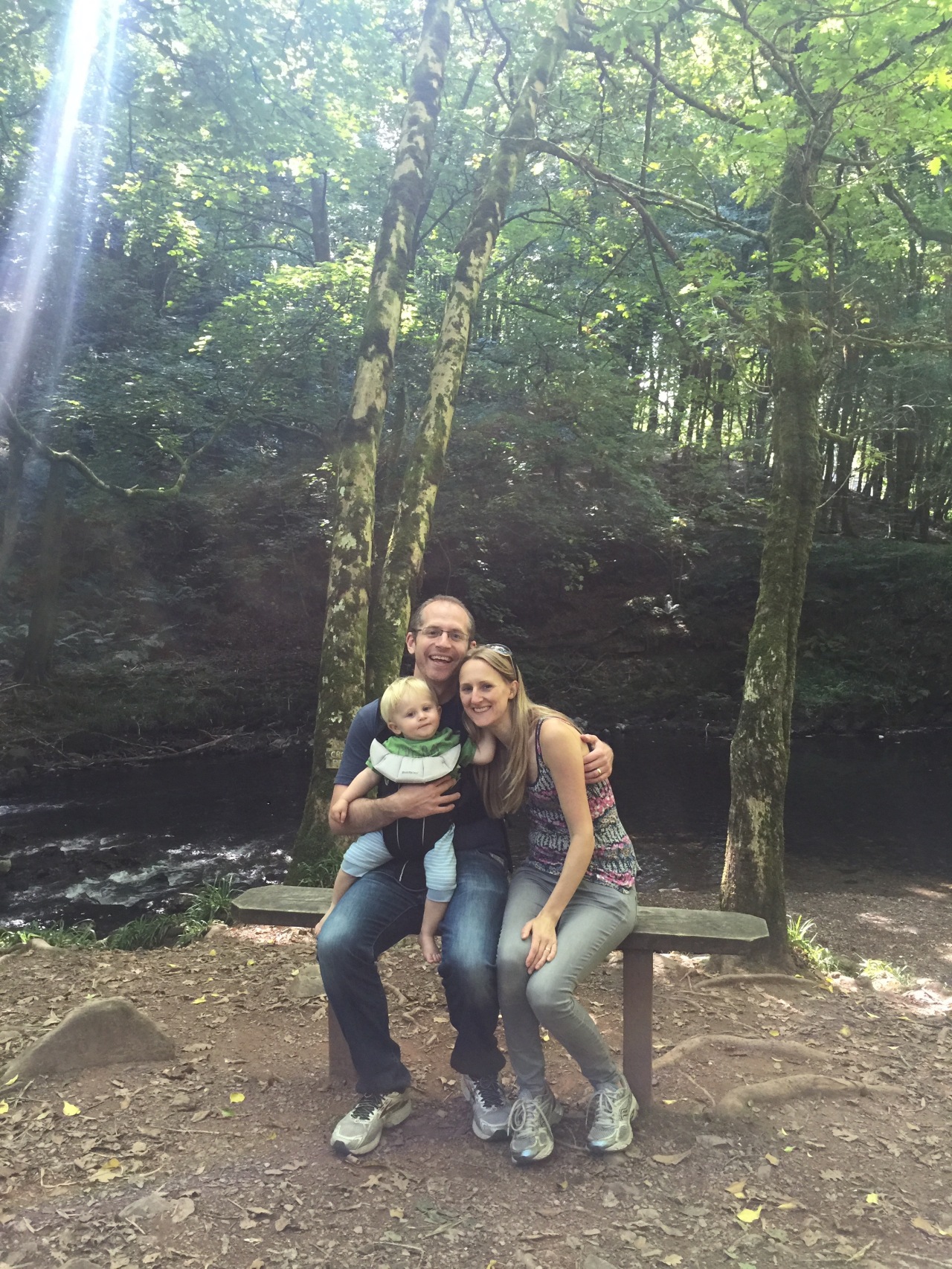 Can you see the animal in the picture?

So scones were had – even though I will say that they weren’t the best ones I’ve ever had in my life…. which is a shame, but probably only a first world problem at this stage and the ramble along a stream was also had and enjoyed by all. 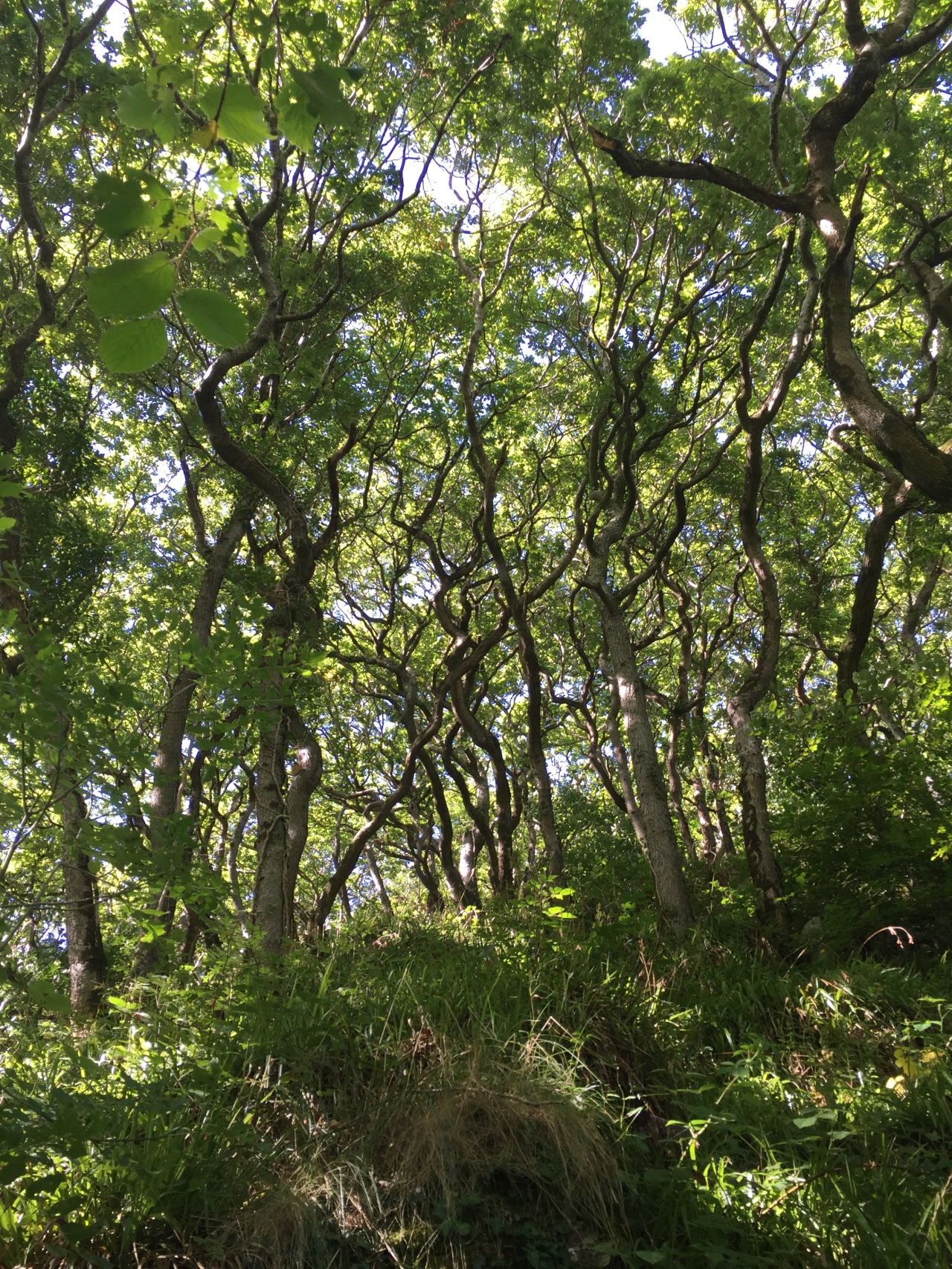 On our way out of Exmoor, we came across the little town of Lynton…

which looked like it required a stop, a play for Robin and a proper clotted cream ice-cream for the grown ups.

I love that they still have phone boxes in England – but that they’ve progressed to adding email and texting! 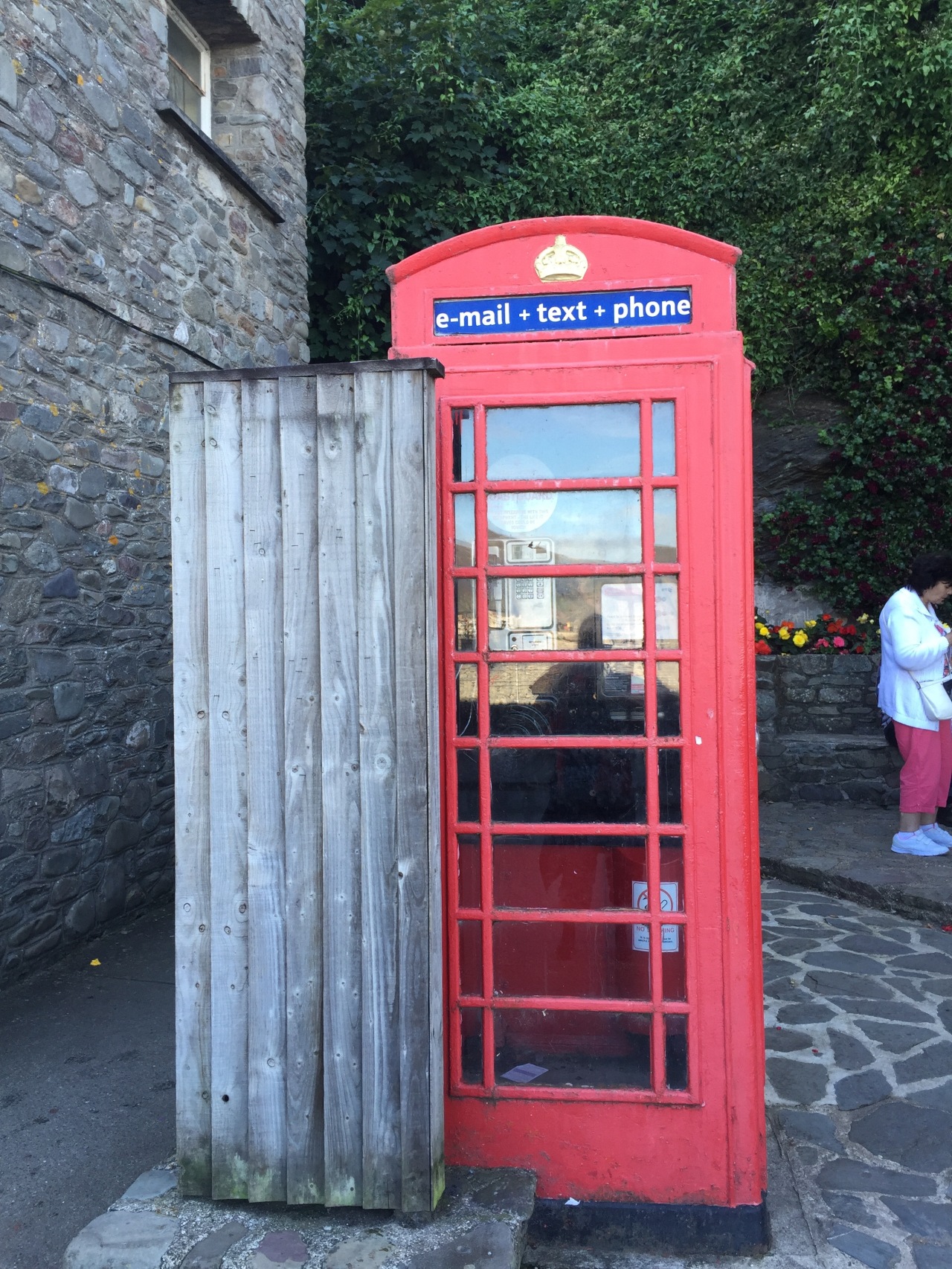 But by the time we left…. 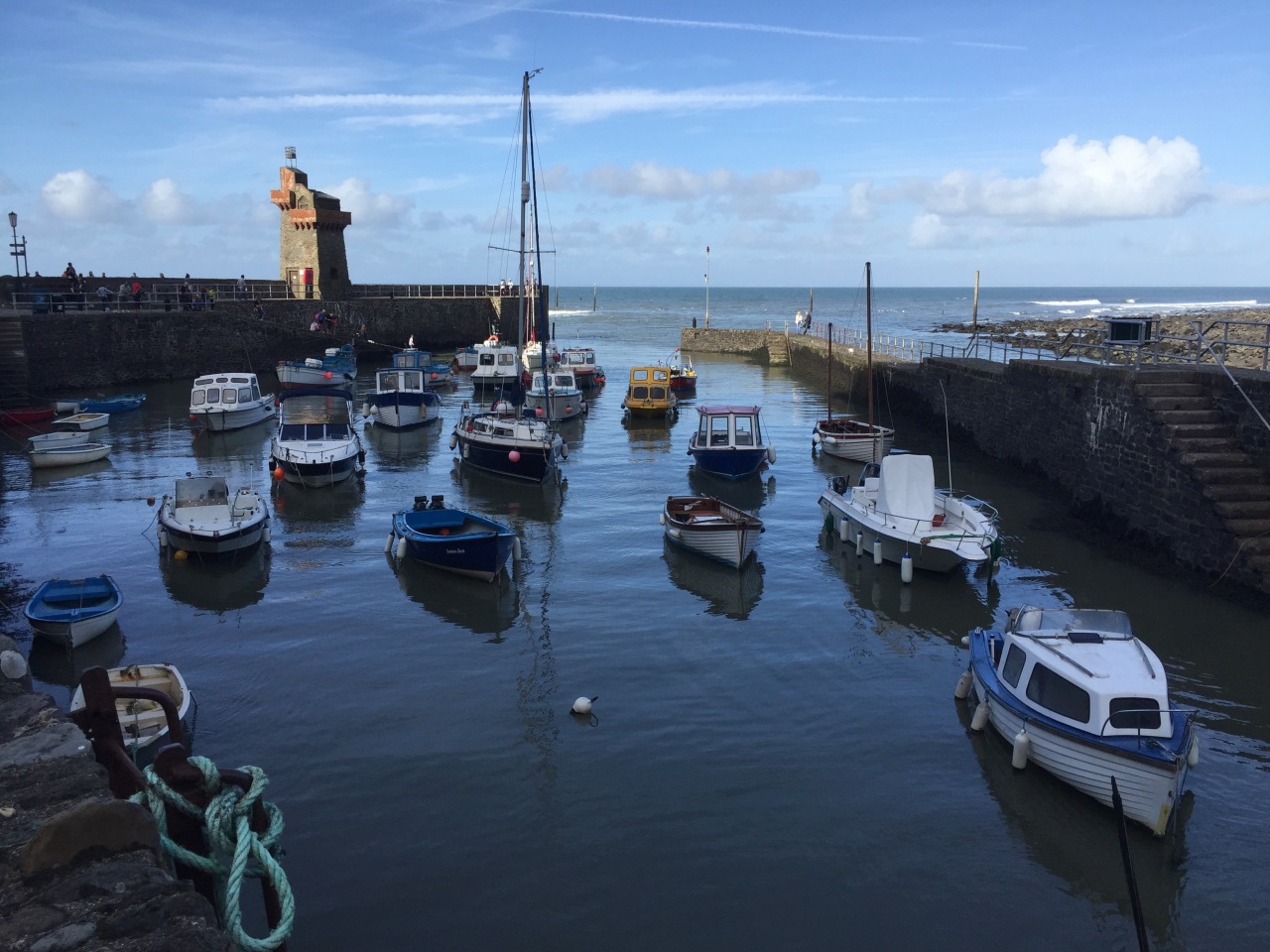 Pure genius.  It’s got to do with the moon, the tides and the ocean, all in one!”

There was a hotel called “Shelleys”…. and why wouldn’t there be?

The hotel takes its name from the 19th century romantic poet Percy Bysshe Shelley who honeymooned there in the summer of 1812.  So not after me per say, but perhaps they knew I’d be dropping in one day?

The hotel is right next door to the Glen Lyn Gorge. Which was opened, devastated and then reopened – see, nothing keeps good Devonish people down.

Whilst Robin had a play on the grass, taking in a bit of family time, Saskia and I wandered further around the coastal path to see what was there.

This beach was full of flat pebbles and pieces of slate – which you can see showcased here in this zen tower.

There was a bit of tom foolery and shadow play…. I didn’t realise until I looked back at these photos, but it looks a little bit like the figure on the left (me) could be riding a small dinosaur.

After our massive day, we popped down the local pub for our dinner – this time it was open!  Over dinner it was decided that if we had our lives again I would own and run an English country pub…. it could still happen, you never know. 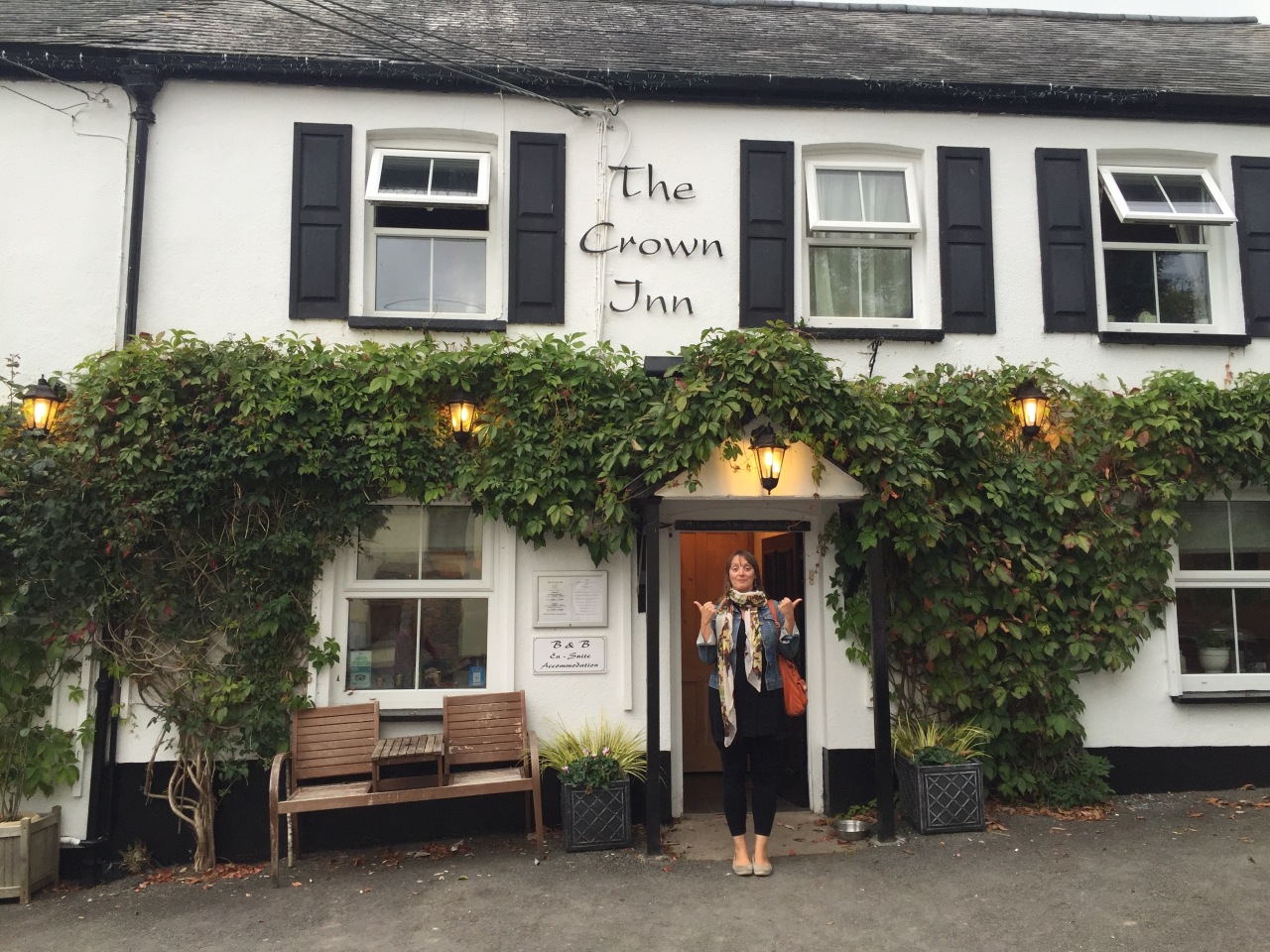 They were so lovely there, they even put out a place setting for Robin, but he had already fallen asleep in his pram to even enjoy it…. at least I think they were for Robin.