We pushed on ahead and in no time at all, we were standing in front of the Duomo (with 56,000 other people) 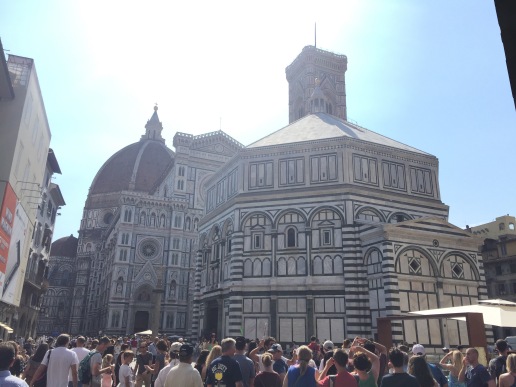 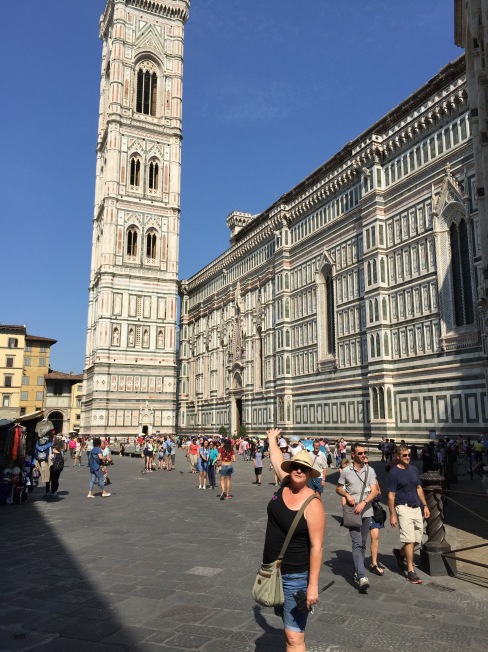 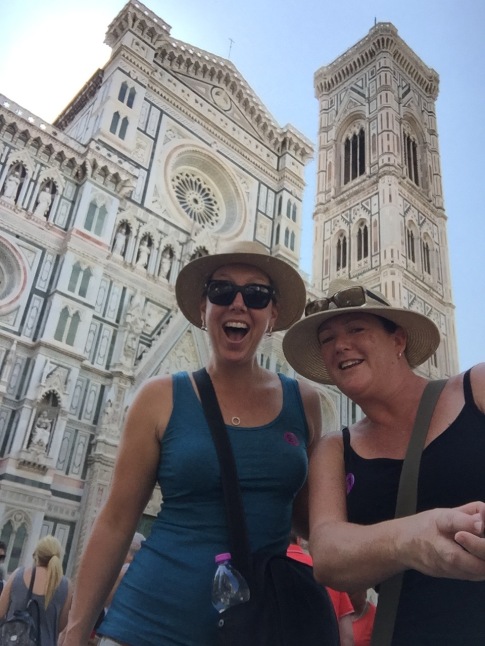 We only had 4 hours to wander around and we wanted to get some leather shopping in, so there was no time to be waiting in lines.  This line to get inside the cathedral went all the way around.  People would have waited at least 2 hours.  Ain’t nobody got time for that – except maybe these people!

There was also no time to line up to get in to see the Statue of David – so I knew of another one in the main square. 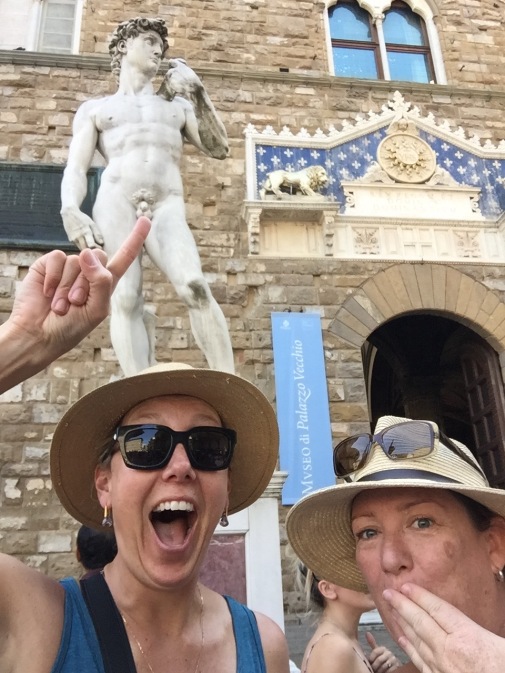 They’re not shy of a statue here…. 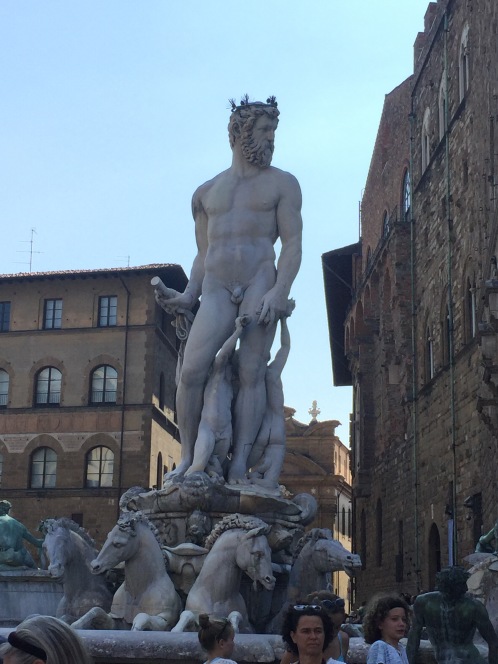 Some a little more brutal than others.

And some a little newer than others? 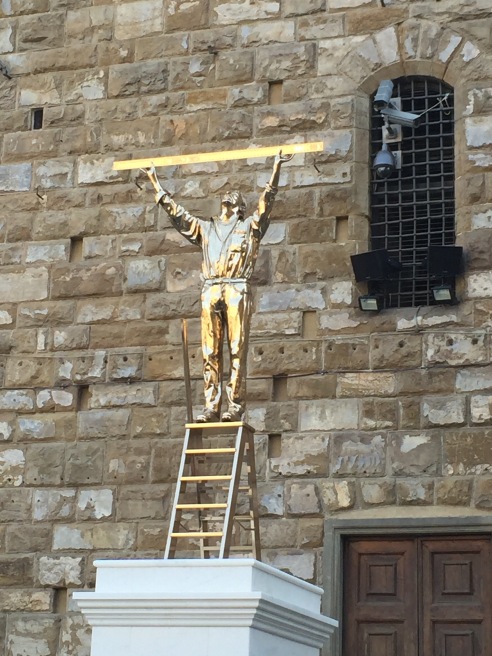 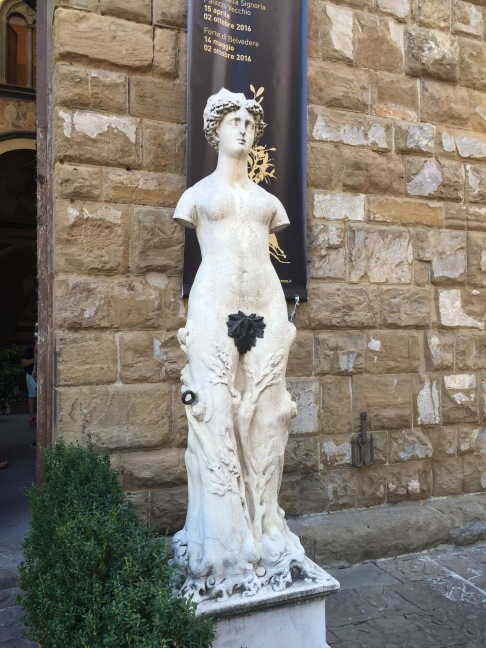 It was another hot day – not as hot as in Rome, but near enough so we stopped off to have a quiet beer and a stare at people.  I asked for 2 large beers and the waiter said “Are you sure madam, that is a litre each?”  I said, “Of course I’m sure and don’t call me Madam!”

We found ourselves on the Ponte Vecchio which is terribly touristy.  It’s one of those things that is better to look at rather than be on.

And if you look the other way down the river, you can see the place where a sink hole appeared recently.  They’re going a bit of work to patch it up.

There was a fair bit of military presence in town.  These guys were armed and ready for combat.  Not sure if it made us feel safer or a bit nervous.

Ferreting out all the fabulous Florizian finds… 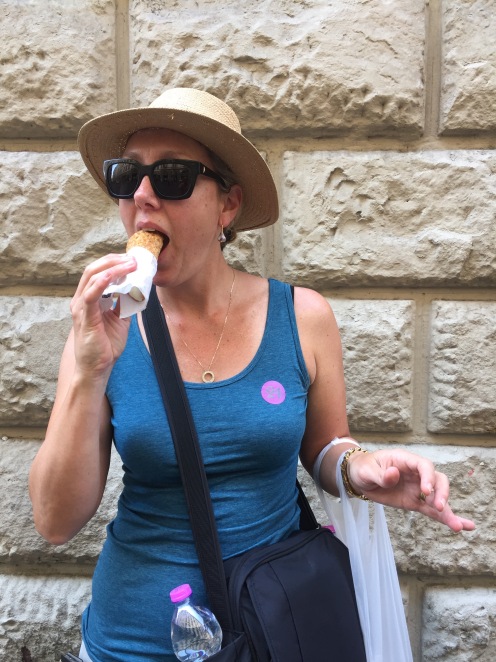 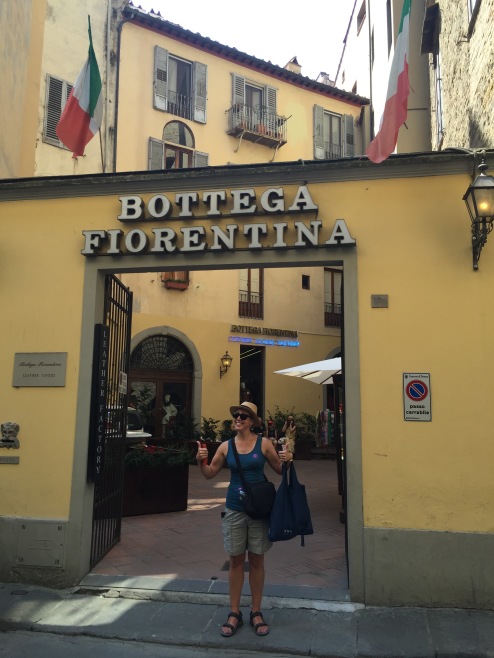 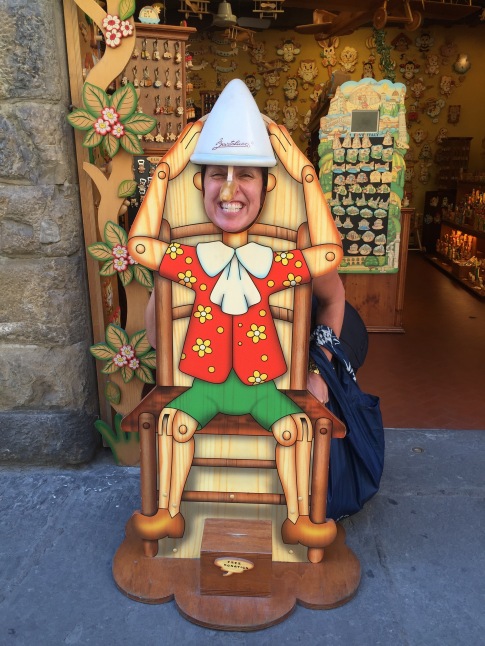