I have been to Paris a few times now and I have just decided that Toulouse is my new favourite city in France.

This is the main square in Toulouse and there are lovely little windy streets that come off the square full of cafes and shops and bars filled with vibrant French people (and the odd tourist!)  It had a great feel and it was a collective vote that we liked it more than Paris.

Deb has been absolutely amazing throughout her planning of this adventure because she has pulled out the most amazing accommodations in the most fabulous locations.  These set of apartments were in the centre of Toulouse, above a cafe….. at first glance you could have safely thought that once we went into the building there was a good chance that we weren’t going to come out again alive.  It was reminiscent of Fagen’s house in the movie, Oliver with its slopey staircases and wonky walls, etc… but then you opened up your door and found this!  At totally renovated apartment with all the mod cons – including a washing machine!

And this was the view out of my window…

Our first job was to get down to the square for a bevy and a stare at people.  Brian and I weren’t quite sure how we were going to tackle these giant head sized beers. 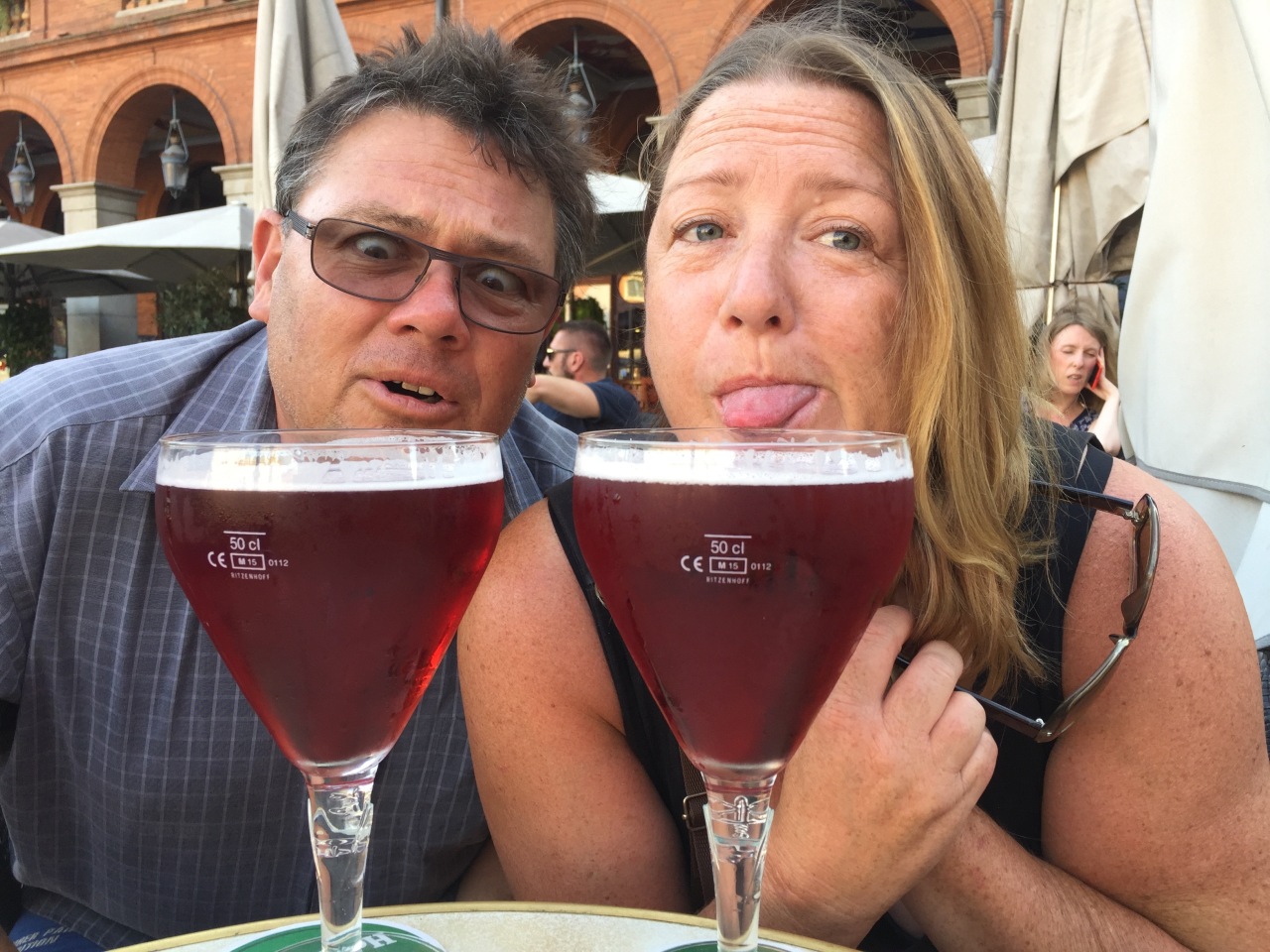 But it tuns out that using two hands is best, especially when you have fingers the length of mine! 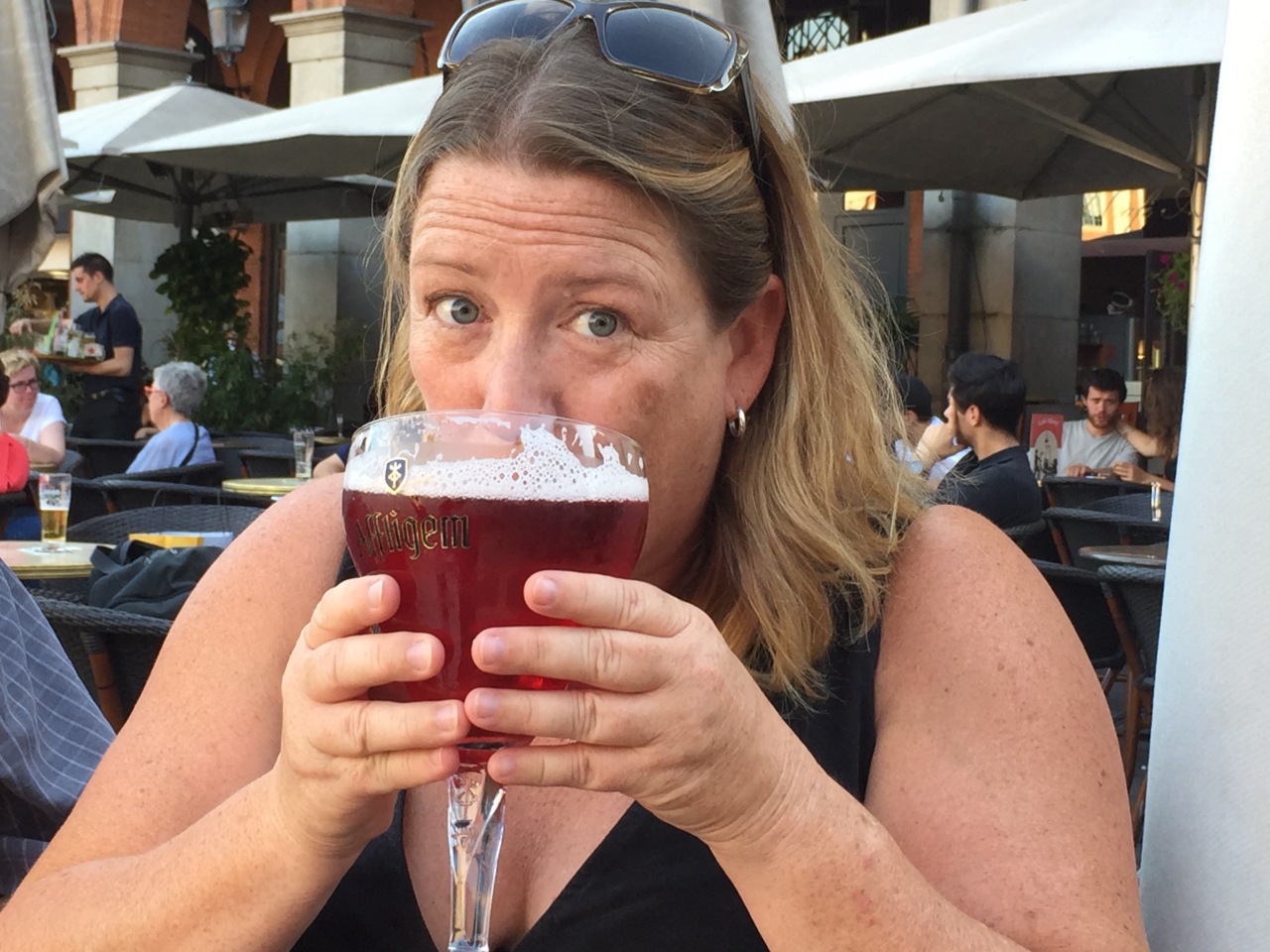 Then we had dinner at the cafe that I could see from my apartment window…. pizza, very French!

It’s a great feeling when you can meet people and immediately know that you like them.  Jen and Scott were some of those people for me.  From day one, all the way back in Narbonne, when we met for the first time I knew straight away that they were good people and that it was going to be a great trip with them….. and it was!

After dinner we wandered down to the river to see what happened on a Monday night in Toulouse.  It appears that a Monday night here is like a Friday or Saturday anywhere else.  We thought that maybe it was students drink free night or something because there was a lot of big groups of rowdy young lads.  There was also hundreds of people sitting along the river with wine and picnics.

Then we came across this little piece of magic!

We stood and watched for ages before the day caught up with us and the thought of having a proper bed and not having to sleep on the boat anymore was too much to wait for.

Day 2 in Toulouse saw us doing a bit more wandering around, lunch and more beers and wines.

When we went to pay for the bill we realised that they hadn’t charged us for the first round of drinks.  When we told our waiter, he said, “You are too honest!”  He went inside to reprint the bill and the manager told him to only charge us for half that round… so apparently honestly does pay – cheers to that!

Deb had read about a free city walking tour which we were keen to jump onboard with, so we met up with Maxim, who was a great tour guide.  He knew more than anybody his age should know about a place and he took us to all the city highlights. 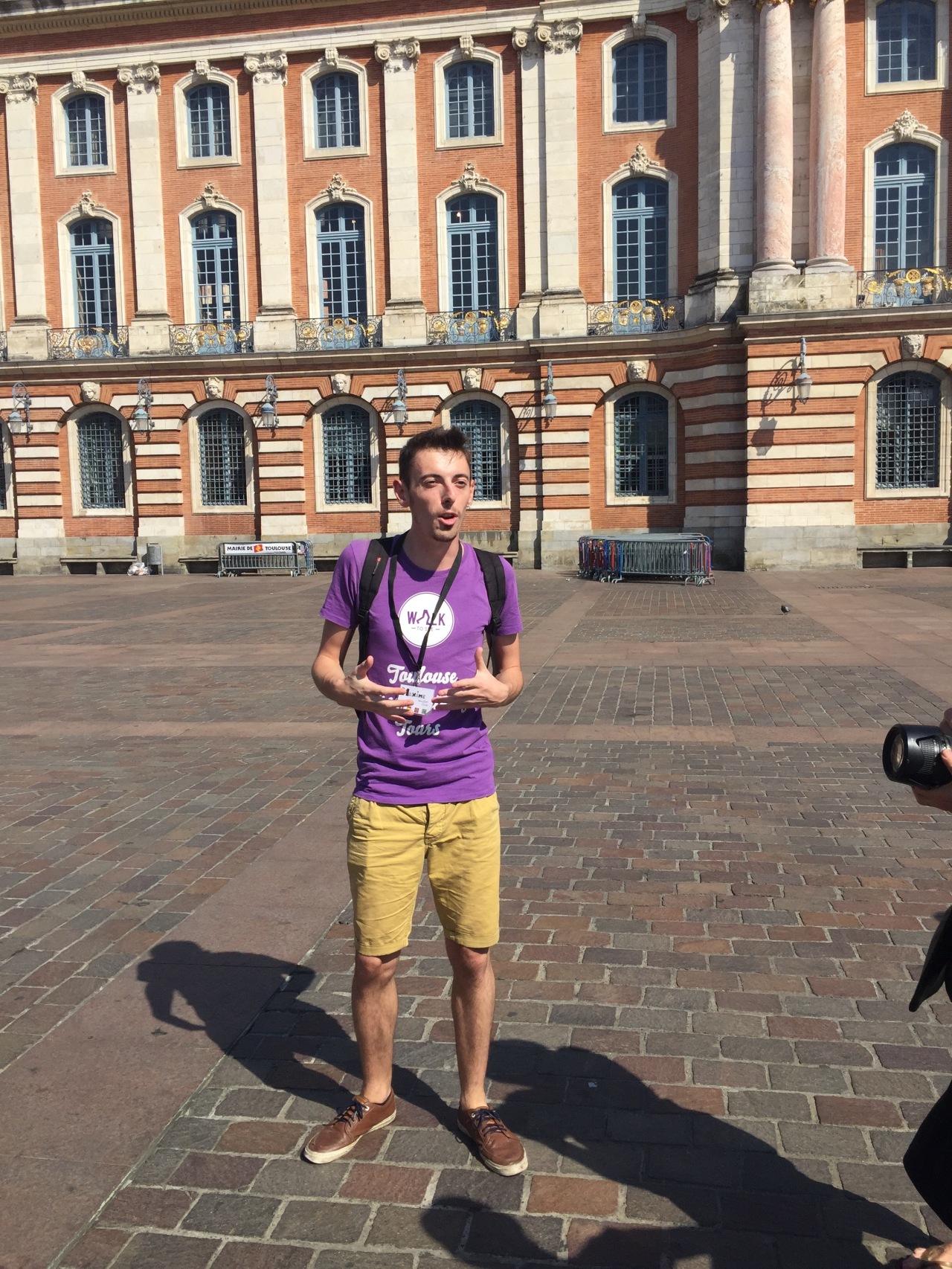 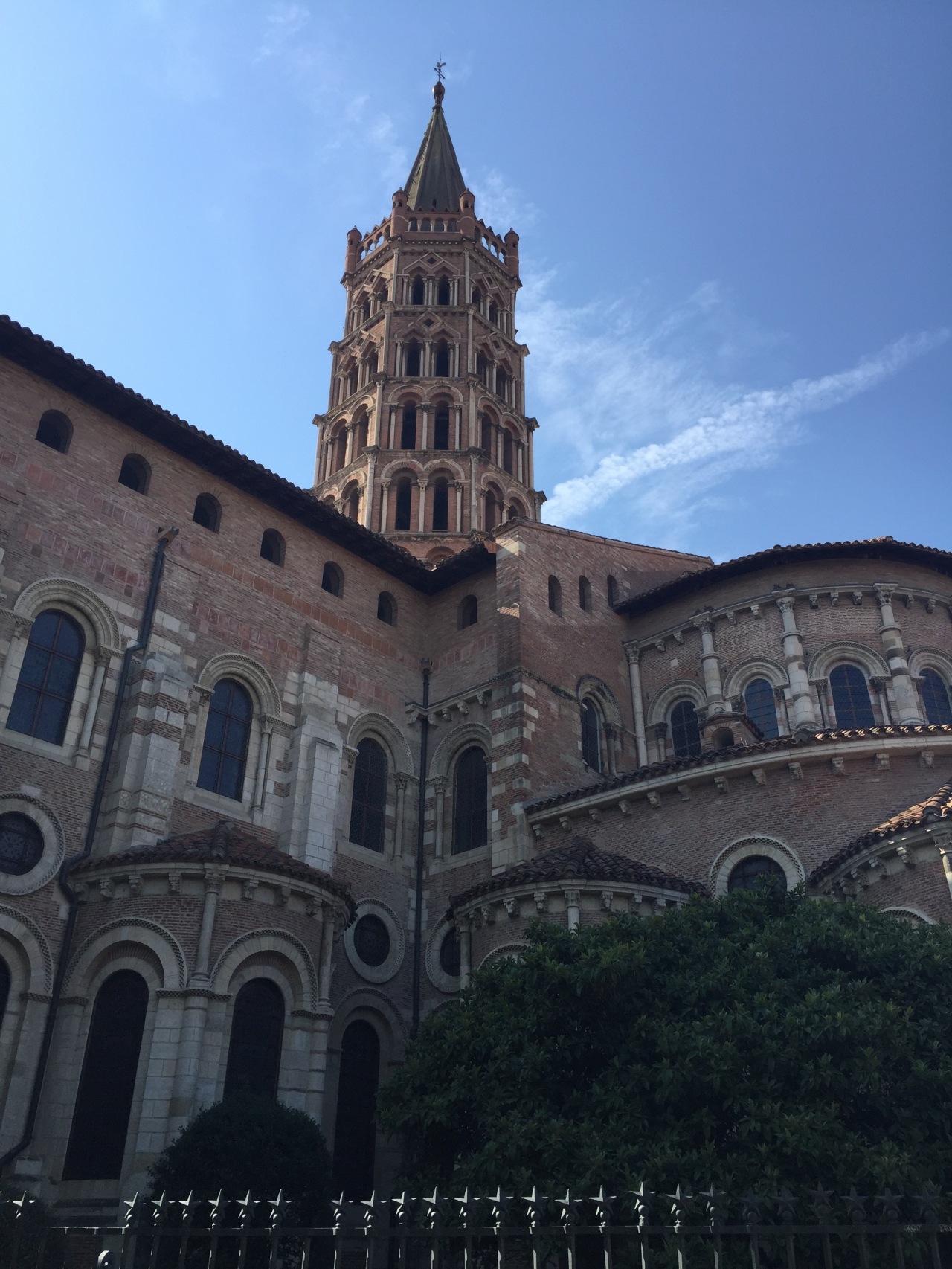 The random people sitting/laying with legs akimbo around the cathedral

Jason and I went to St Francis Xavier Primary School in Geraldton…. who knew the school had their own patisserie in Toulouse?

Apparently this arch way had a carved inscription that said something along the lines of “This archway will last forever”….

This was either a method of projecting images onto the wall or it was the worst hidden security camera set up ever! 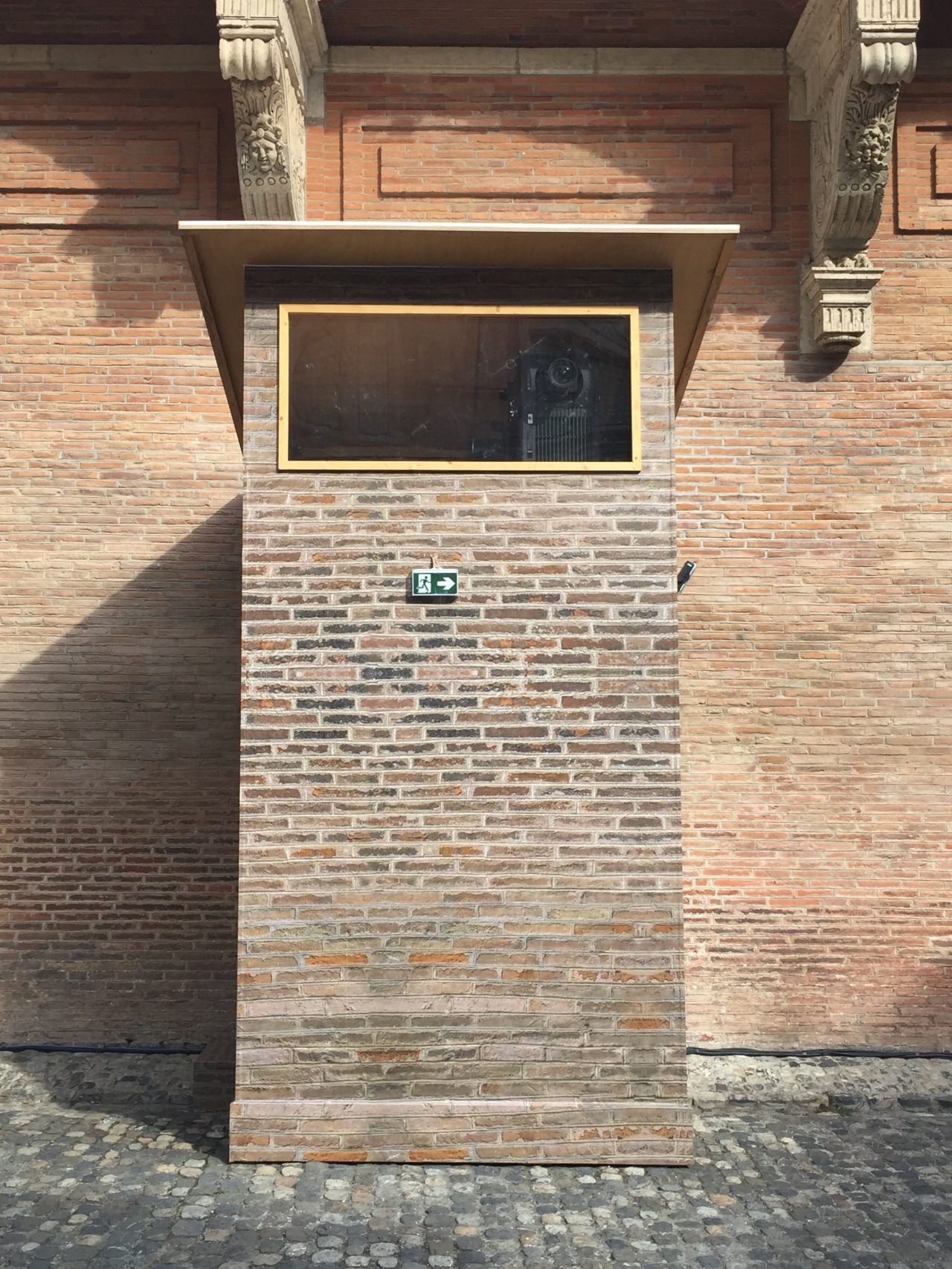 This was the church that “Jack” built.  It was designed by a whole lot of different people and rather than follow on from the previous person’s ideas, they just went on with their own – regardless of how it looked!

The highest organ I’ve seen in a church. The organist must go through that little door to the right and pop on an oxygen mask before settling in to play.

Our final night in Toulouse and the final night with Jen and Scott who were not accompanying us on the rest of the tour, so what better way to celebrate a super trip than with crepes? 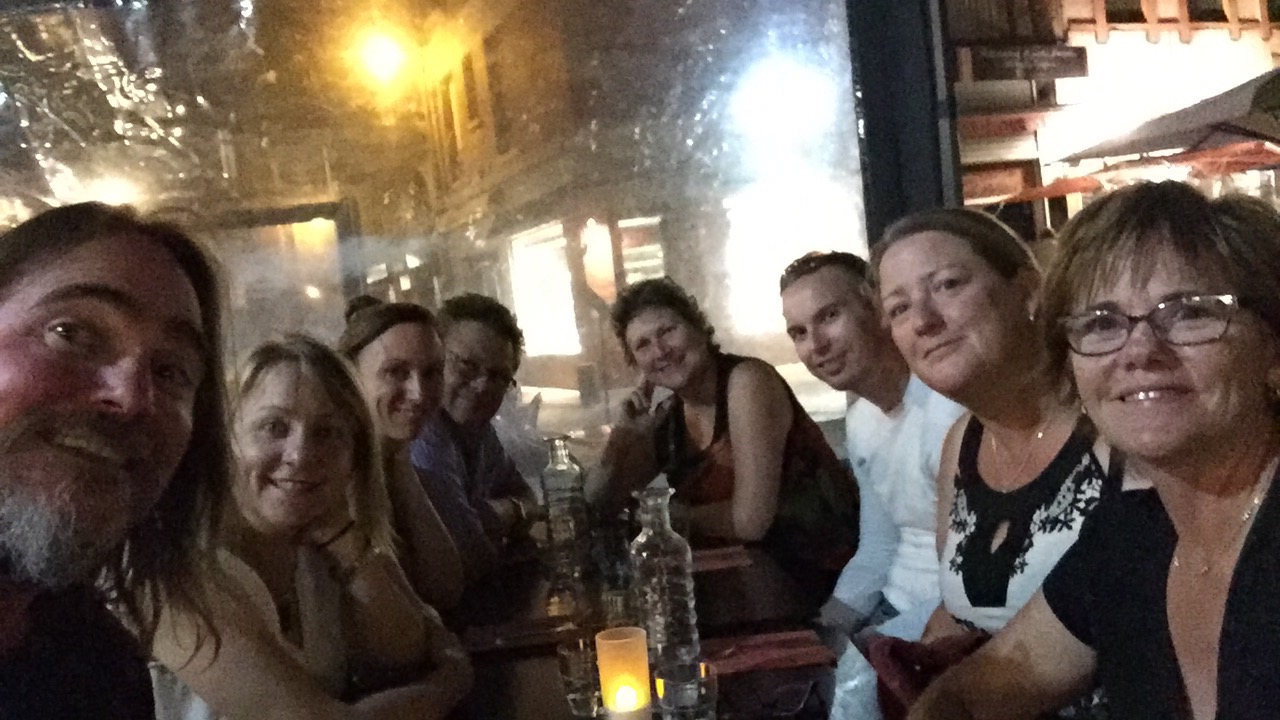 And then a couple of wines at No.5 – the best wine bar in Europe…. how do we know this?

The writing is on the wall – literally. 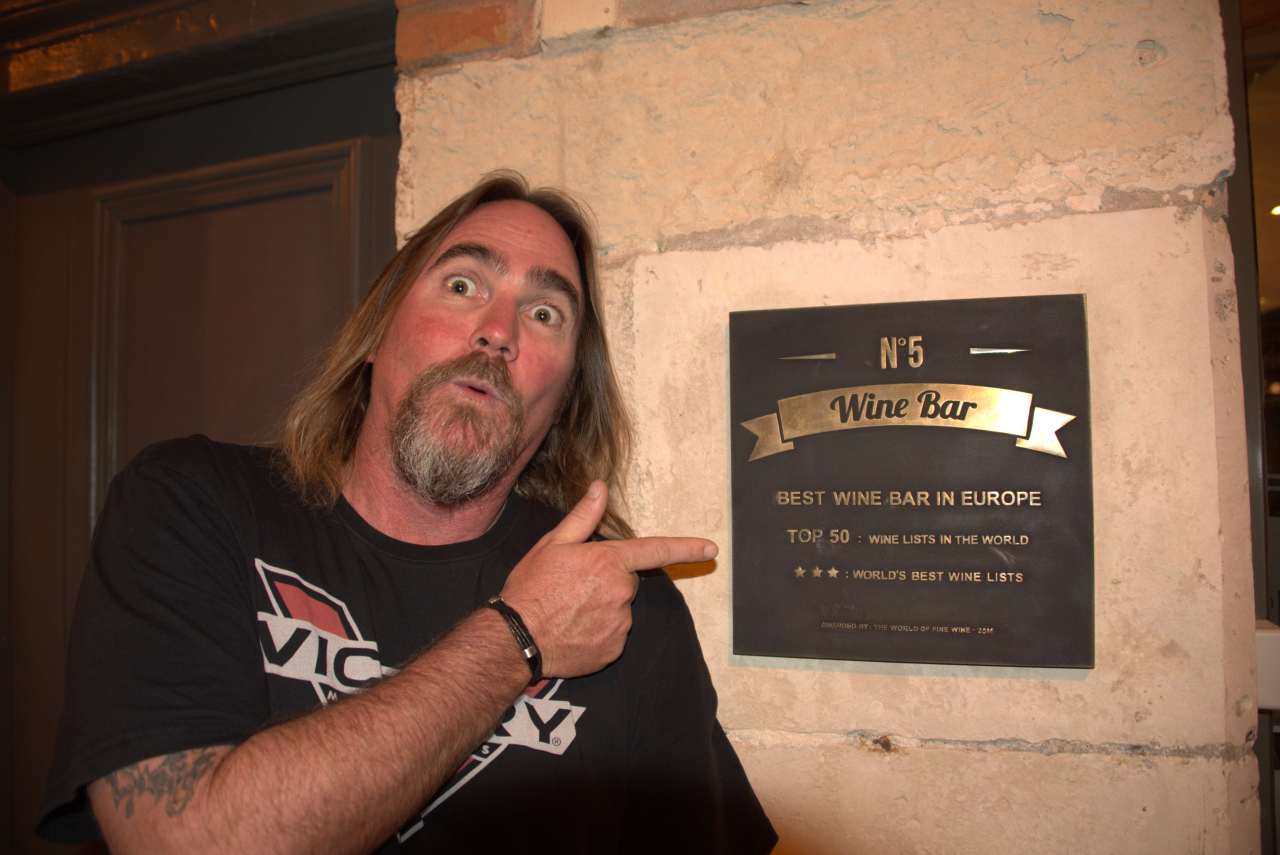