I have to take you back to a day ago (and no, I’m not calling anyone a deigo!) to when we  woke up in our donga….. It was the best night sleep that Jenny had had for a long time – so that was a bonus.  We’d still had no contact (except for the one weird phone call) with the mysterious people in the farm house, so when we heard the sounds of tea cups clinking, we thought we’d get to meet somebody then.  We got up and showered and packed our bags and headed out to the common area where breakfast had been laid out.  The lady cooking the breakfast didn’t speak except when she handed me a plate with a fried egg and 2 strips of bacon and said, “do you want this?”

We awkwardly ate our breakfast whispering to each other and then got out of dodge quick smart.

Today we were headed to Reykjavik.  The big smoke (although it’s not cool to joke about “big smokes” in Iceland what with all the volcanic activity)

On our way up to the peninsula we inadvertently ended up driving through a 7km tunnel which was dark, frightening and really expensive, so we weren’t too fussed to do it again.  Checking out the map there was a road that went all the way around the inlet that the tunnel went under – that was the route we were going to take.

You can just make out the houses that are hidden a the base of the mountain.  They love to be isolated here.

The views were simply amazing the whole way around this inlet.  The photos could never do them justice – they just went on forever. 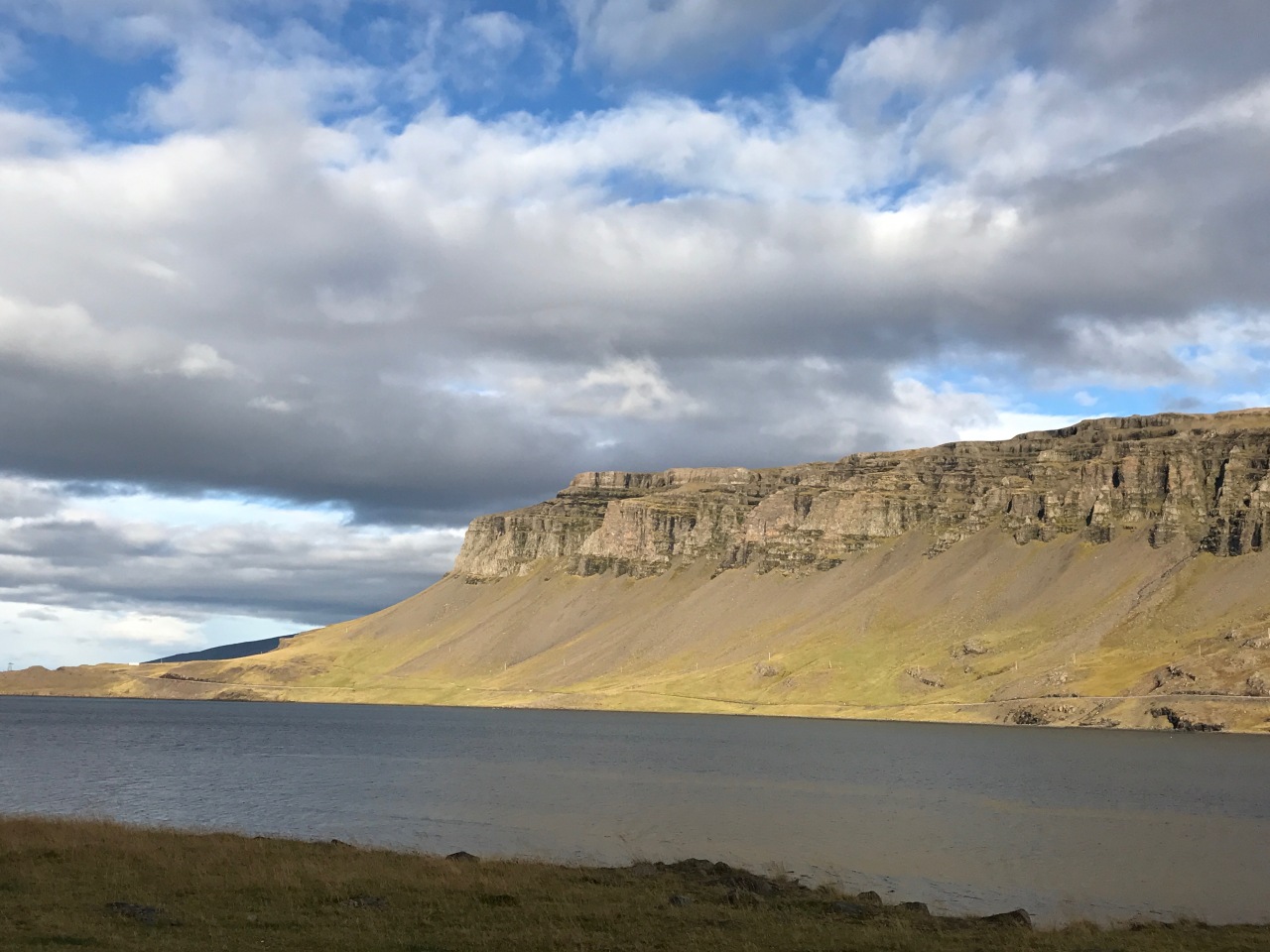 And we were lucky enough to get a little bit of blue sky to help us along our way.

The cliffs were sheer and the waterfalls were plenty.

We even came across what looked like an ancient ruin archeological dig site – but this being Iceland – there were no signs anywhere and therefore you are left to have a guess.

It’s amazing who you meet on the roads in Iceland…. These three friends were not one bit frightened of the car and in fact insisted we come to a complete stop so they could pass.

It didn’t take us long to get into Reykjavik and we managed, thanks to GPS to go straight to the car hire drop off office.  They very kindly offered us a lift to our hotel and the man behind the desk said “my colleague will take you in your hire car.”  So back to our car and we reloaded all of our luggage and our came the colleague – we didn’t find out his name, but we did quickly realise that he was a bit of an arrogant wanker who thought he was a formula one driver.  He sped up behind cars, weaved in and out of the traffic and took a couple of corners on two wheels.  We held on for dear life and when we got out Jenny couldn’t praise me enough for the quality of my driving over the previous week!  Nothing like a traffic accident waiting to happen to make you look good!

We had arrived a bit early so our room wasn’t quite ready yet.  We left our bags with a Spanish man from Barcelona (he worked there!) and we set about exploring.

This is downtown Reykjavik…. 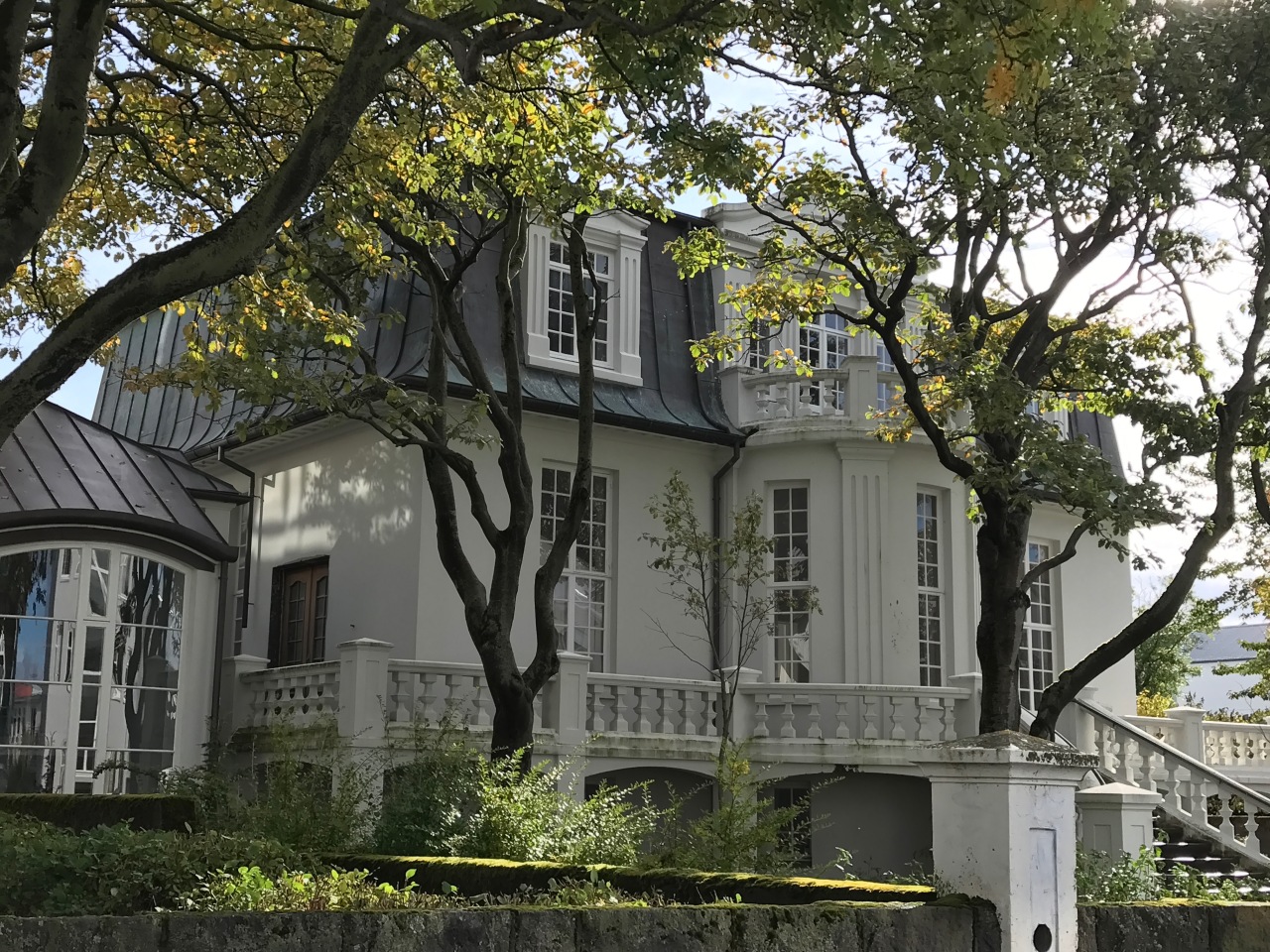 Our aimless wandering had a final destination – Hallgrímskirkja is a Lutheran parish church.  At 74.5 metres high, it is the largest church in Iceland.

It has pretty amazing architectural structure, and is minimalist in its decor.

There was a sign stuck on the organ that said “Please don’t interrupt the organist” which leads you to think that the organists must have ben interrupted on a number of times for them to go to the lengths of putting up a sign.  Were people asking for requests?  Were they just letting the organist know that he/she wasn’t playing it correctly?  Were they asking for directions or history/facts about the church?

We caught the lift up to the top of the tower which gave a great 360 view of Reykjavik.

That’s the domestic airport right there – you can walk there from the city!

All through the town there are trolls of different shapes and sizes.  They’re usually hanging around where the tourists might be… 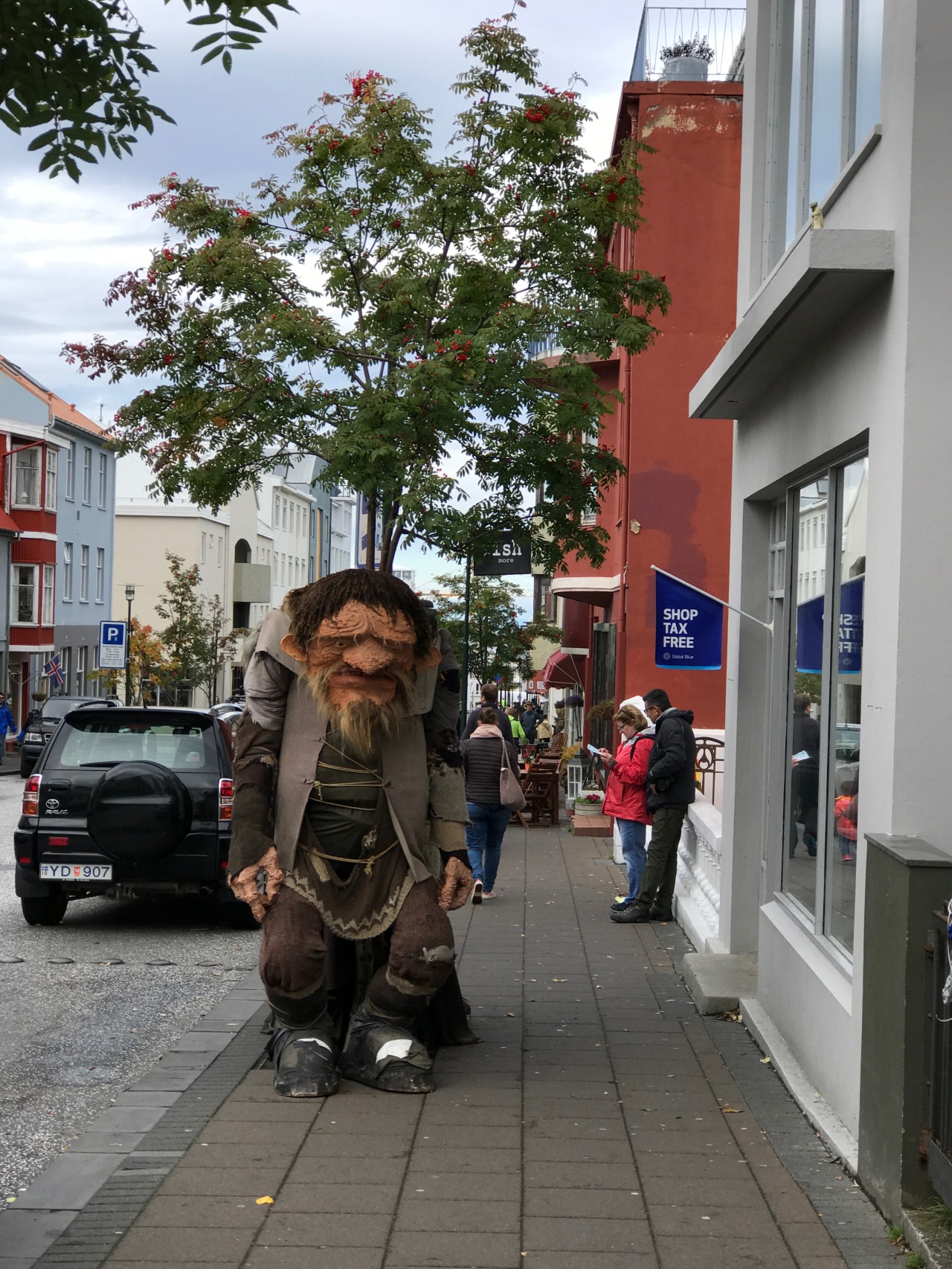 When we finally made it back to the hotel and looked at the map we realised that we’d almost seen all of the city…. there was nothing left to see for tomorrow!

The old part of Reykajvik is so pretty with its colourful buildings and old style houses… and then you have the big grey church looming at the back there… which is lovely in its own way, but doesn’t really match the rest of the town. 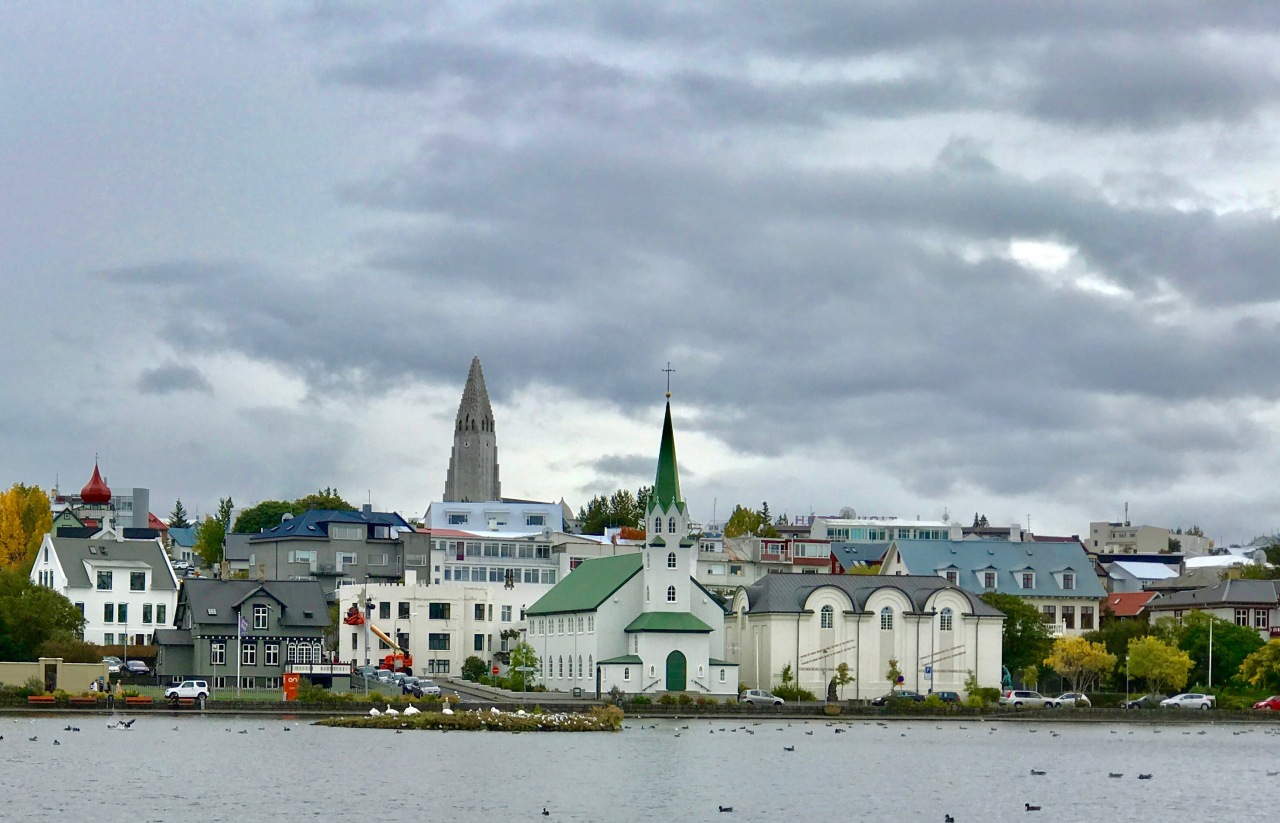