I feel I need to address an issue that we’ve encountered on nearly every trip we’ve done – especially on cruise ships, but more particularly at the buffet…. any buffet…. all the buffets.

People who are probably kind and friendly and patient people in their own countries, towns and homes become fearful, rude, hungry and determined.

Fearful that they won’t get one of the fried eggs with the bits of bacon on the top, even though there is a never ending supply of them, so they have to push you out of the way or reach across you or my favourite, take the spoon out of your hand (that happened); rude to both the waitstaff and their fellow guests ….  “Leave those there. Geez, am I not speaking English here?” was heard from an American woman at the next table speaking to a Norwegian waiter who was trying to clear away some dirty plates off their table; hungry enough to pile their plates as high as they can just in case their next meal isn’t in two hours time – as advertised; and determined to be first in line for everything…. and if they can’t be first, they’ll make sure that they’re a very close second – but will call it first anyway. 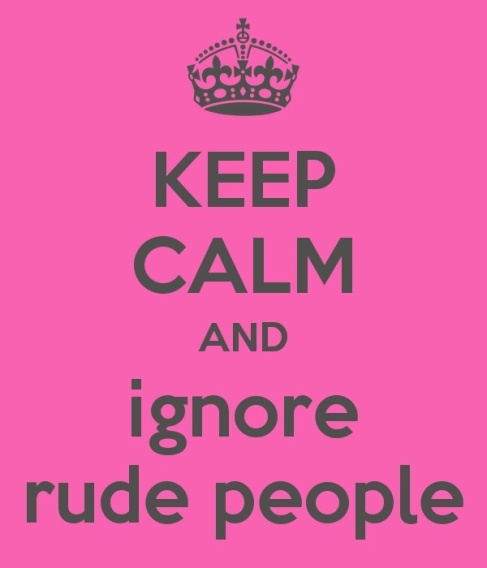 Today in the dining room I was at the tea and coffee station.  I was alone and I was putting a tea bag into a cup.  This whole process would have taken me approximately 4 seconds, but the man behind me couldn’t wait.  He leaned into the back of me and over my shoulder to reach for a tea bag.  I was pushed into the counter, but was able to roll out from under his armpit and make my escape to the hot water dispenser…..  I filled my cup with hot water, and as I went to turn to my right, I was met with the same man’s outstretched arm as he was trying to get his cup under the water spout, clearly having no idea about personal space or patience or waiting your turn.   So as I balanced the hot water from waving out of my cup on impact with his arm I said, “Oh for the love of god, could you back away?”  He of course didn’t know what I was saying and merely moved around me to get to the water before somebody else pushed in before him. 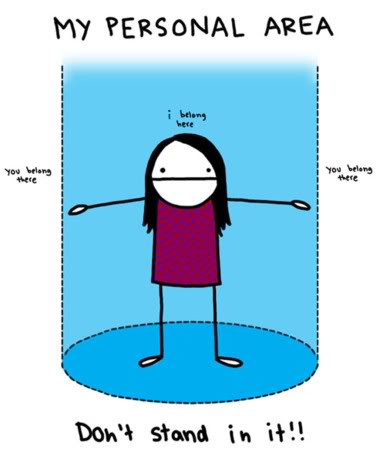 This pic was borrowed from another WordPress site – All Thought Out

What is wrong with people?

When you’re travelling to a foreign country, you do try to assimilate to their way of doing things… for example, when you’re in London, they’re quite particular about which side of the escalator that you stand on going down to the tube…. 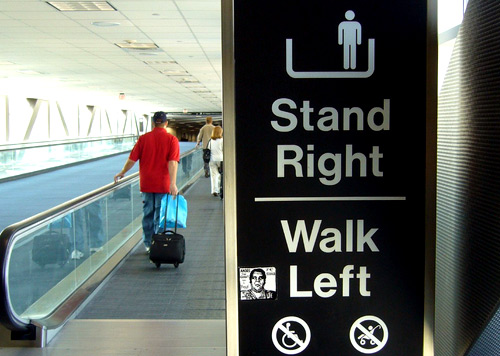 and in New York – you stand out immediately if you walk on the wrong side of the sidewalk…. and in Amsterdam, the bikes have right of way, get in their way and they’ll knock you down – people can get quite cranky if you do it wrong.  Here in Norway, I wasn’t aware that there was a particular side or specific rules about walking, but maybe they do? 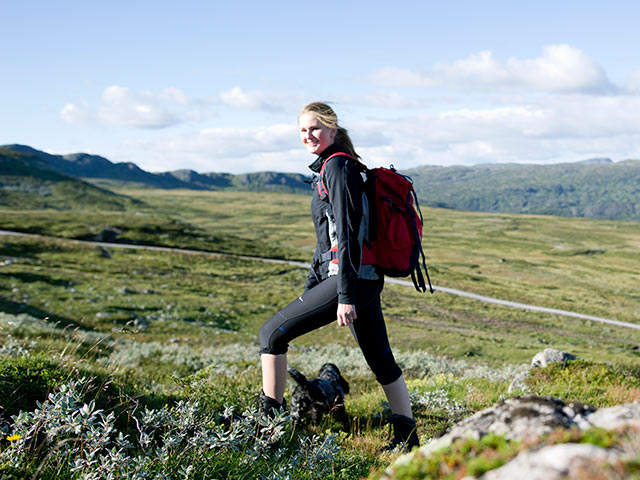 You can walk any way you like in Norway – there’s enough space that you don’t need to see anybody!

At lunch time….. we walked into the dining room and a couple were walking out.  I just happened to be on the left side and Jenny was to my right…. the other couple were walking directly for us.  I couldn’t move left because there was a railing there and I couldn’t move right because Me Jenny was there.  The most logical course of action would have been for them to via slightly to their left into the space, but the man kept coming, so I stopped to avoid a collision and he continued to walk directly into me.  I said, “What are you doing?”  He said, “You walk on the right, I walk on the left.”  I was stunned, “Why would you walk straight into someone?” and he didn’t break stride. 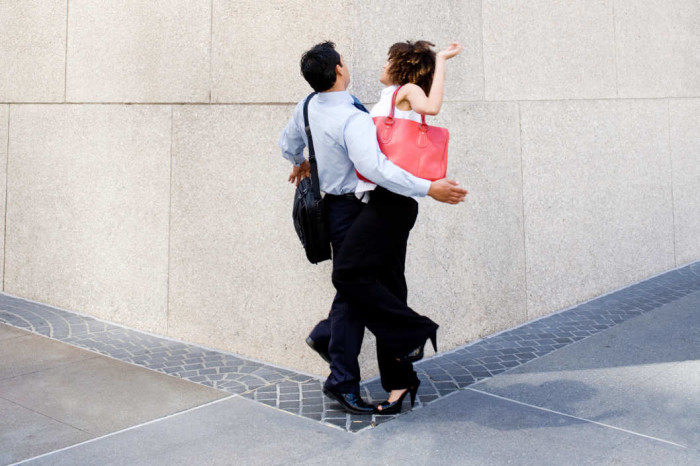 We can’t even say we didn’t see each other!

Jenny and I were walking down a flight of stairs where there were two sides with a balustrade in the centre.  We were walking down the left side of one of the sides…. an American couple – in fact, the same people who were rude to the waiter stood and waited at the bottom and waited, huffing and looking at each other, shaking their heads… As we neared the bottom, the bloke said, “They must be British” clearly indicating that they thought we were walking down the wrong side of the empty staircase.

How dull to be so structured that you can’t walk up a different side of stairs or you can’t think to use common sense to just move over slightly. 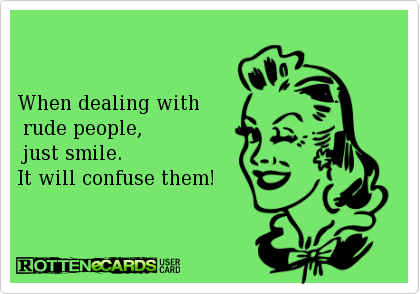 Then to top it all off, last night at the Captain’s dinner where the staff sang and song and gave a speech, etc…. these two women thought they’d be the only ones to respectfully stand up and clap along, so that nobody behind them could see anything. 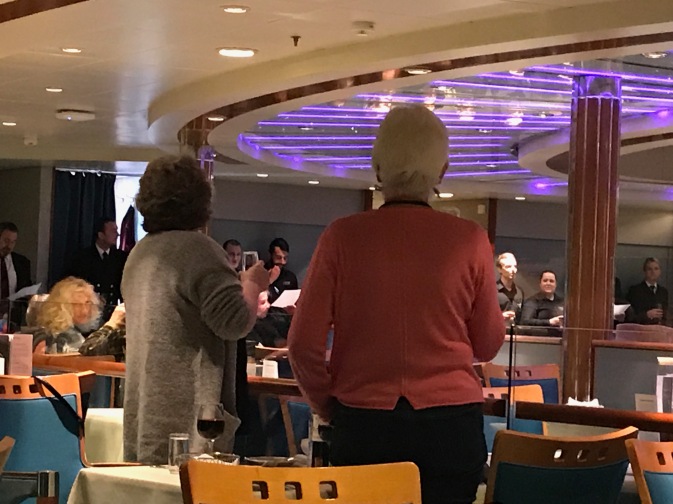 So I’ve come to the conclusion that I don’t like people much….. (present reading company obviously exlcuded.)