Another low-key day for ML so out on another solo adventure for moi.

I hot footed it (in my new shoes…. which I’m totally ready to endorse by the way) from our apartment on 51st up to Columbus Circle on 59th and jumped on the train… well, I sat and waiting for 7 minutes because on weekends, they schedule maintenance, so the lines are often closed or have a different schedule – its touch and go and you just have to play along.  So I waited 7 minutes quite happily because I realised that you could get free wifi on the subway – thank you NYC Transit.  But then the train arrived and for some reason I thought that it wasn’t heading in the right direction, so I stood and stared at it for as long as it took for the doors to close again and it took off… leaving me there to wait another 7 whole minutes for the next train – which I got on with no questions asked.

Today I was headed to the Upper West Side to another flea market on West 77th Street.  Today there was a lot more on offer and I did indeed make a few purchases. 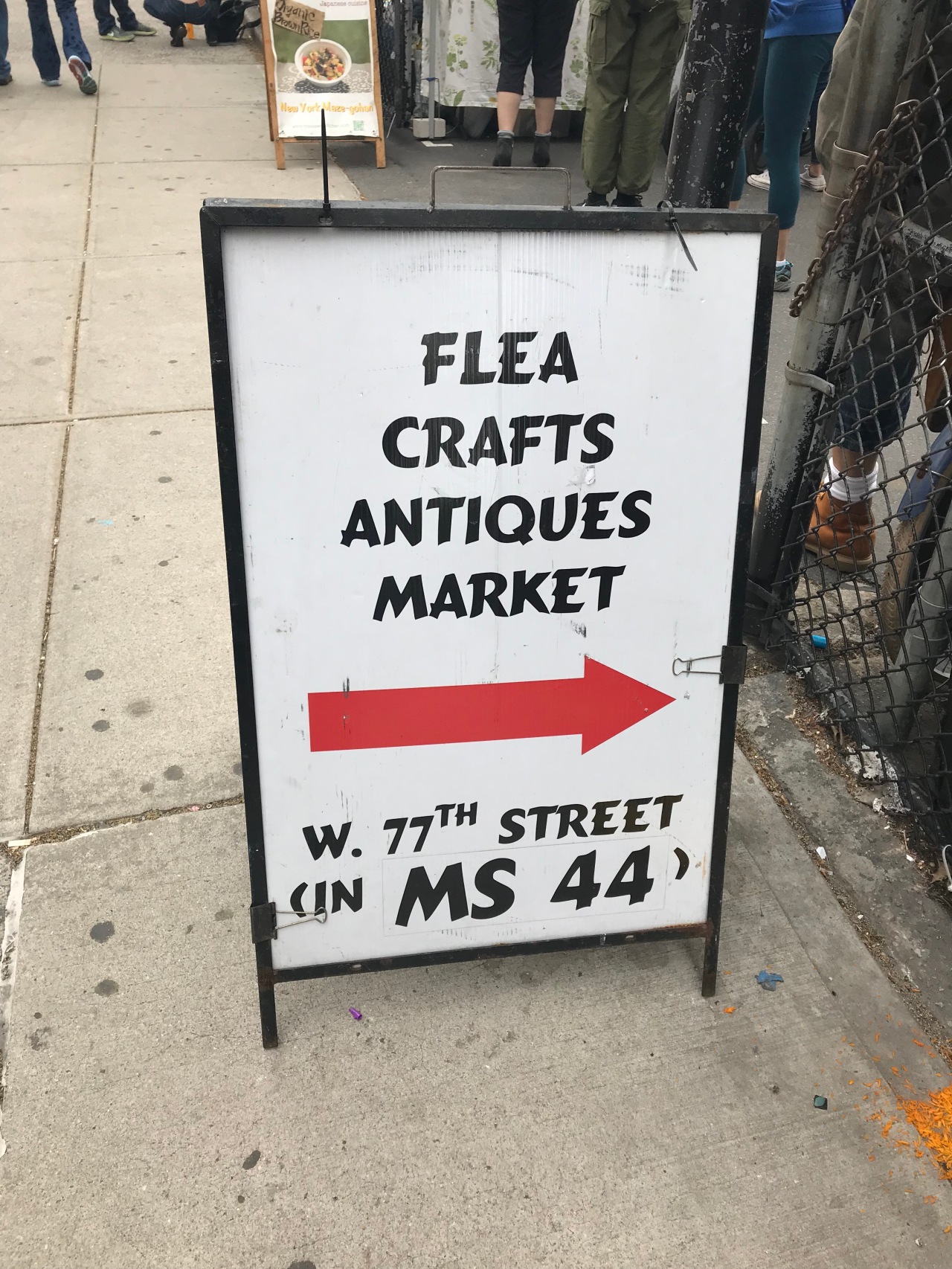 It was full of handmade wares, antique or vintage clothes, jewellery or things made out of recycled or reclaimed materials.  There was one stall there with purses and bags made out of old tyres! 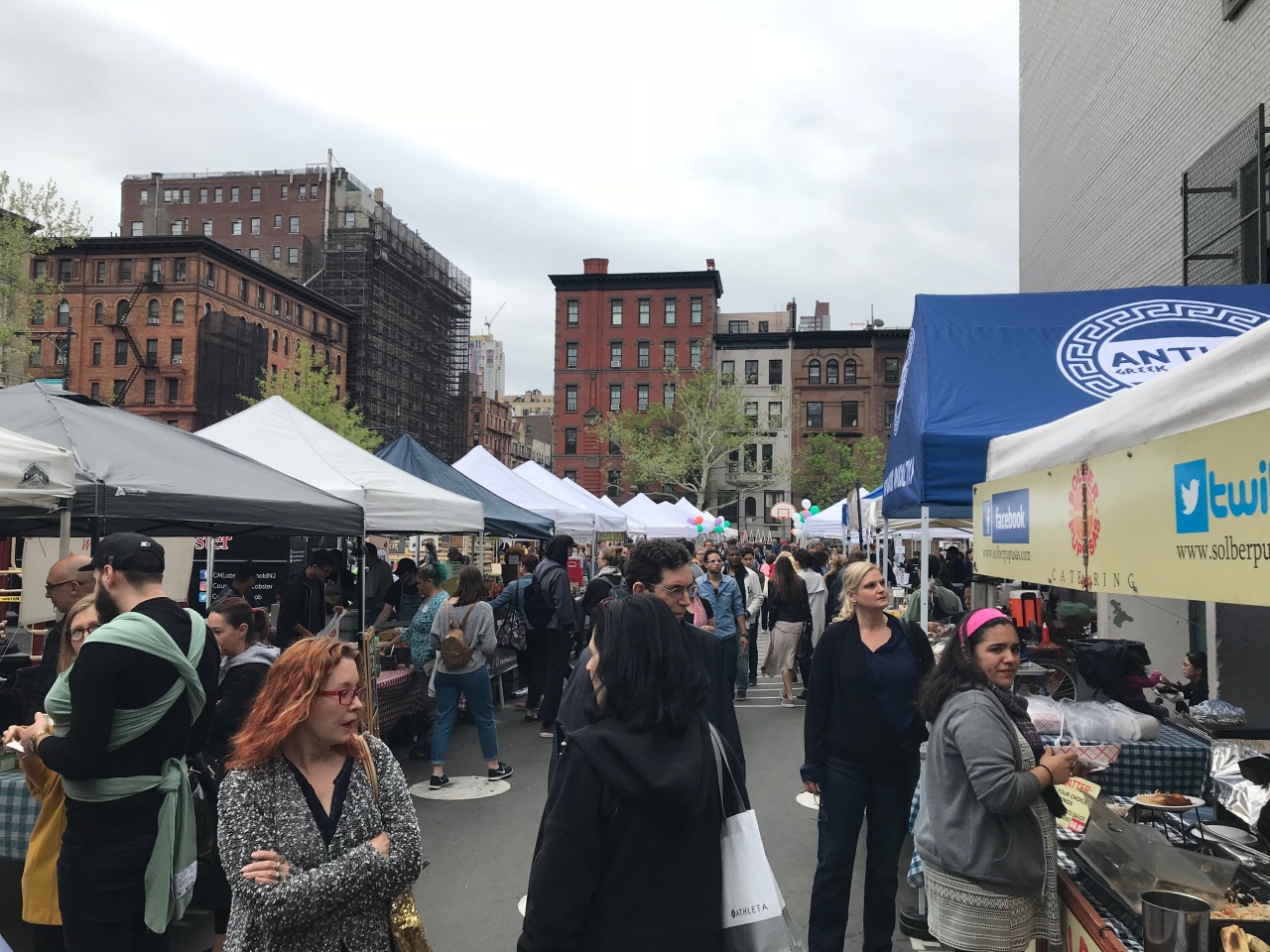 Pieces of lovely china made into pendants (Chris….. any ideas?) 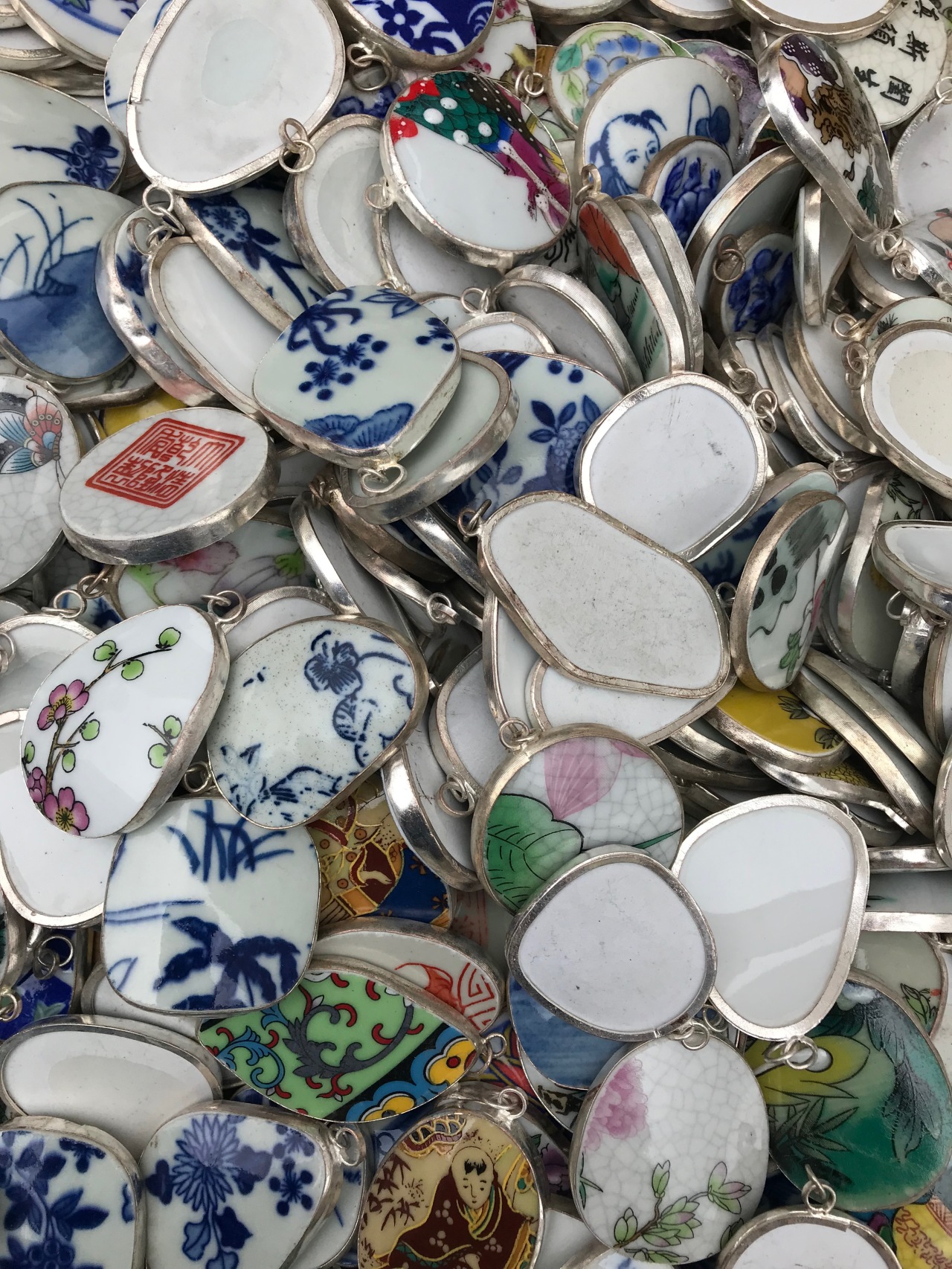 Records and cassette tapes – this John Denver was the first album in the box – one of my most favourite albums of all time! 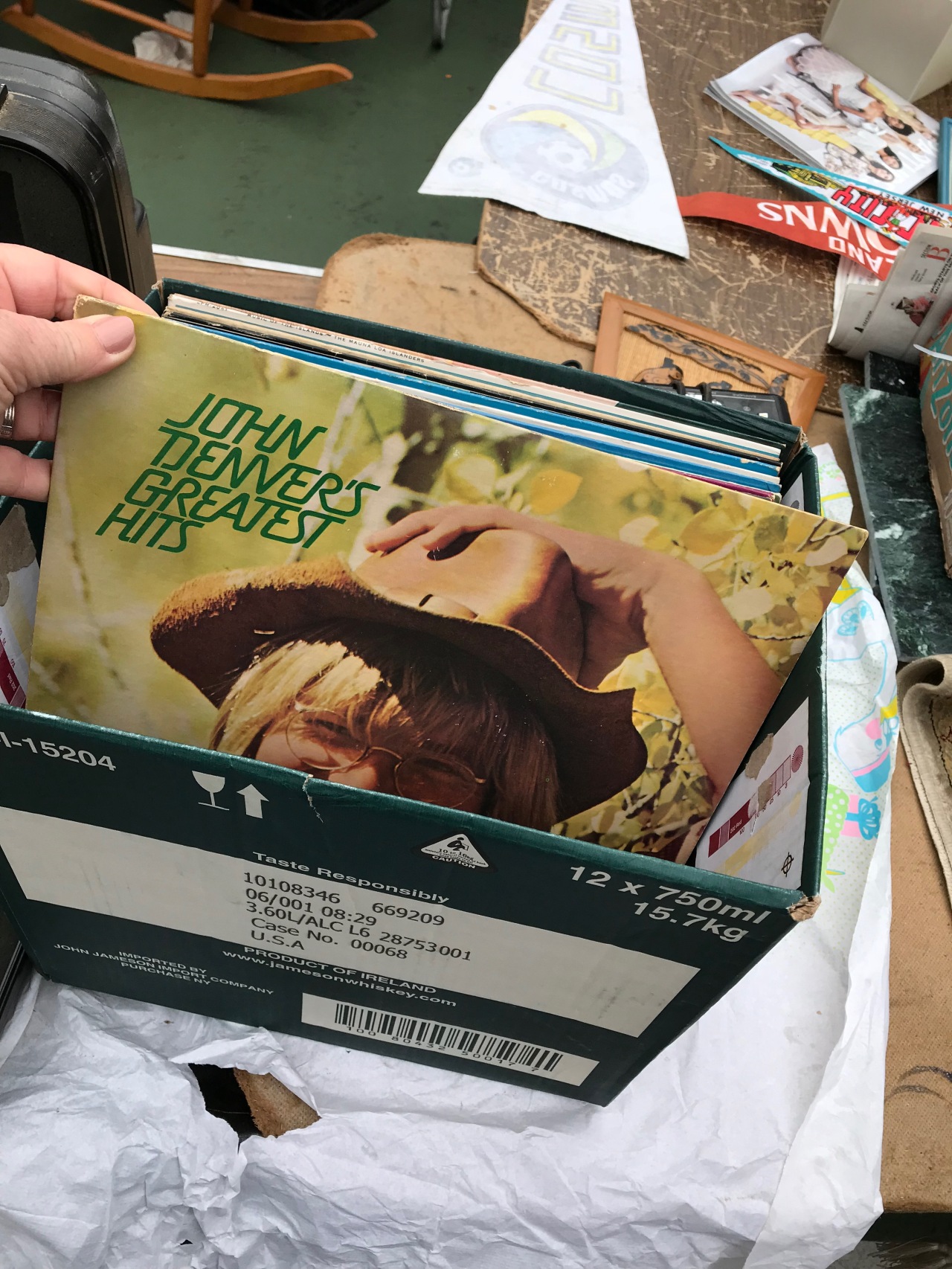 This lady trucks her wares in.

There was something for everyone (Rebecca Lewis – I thought of you!)

Including budding writers from before the 90’s.

Then after making a few purchases I headed back out onto the streets of the Upper West Side to see what the go was around this part of town. 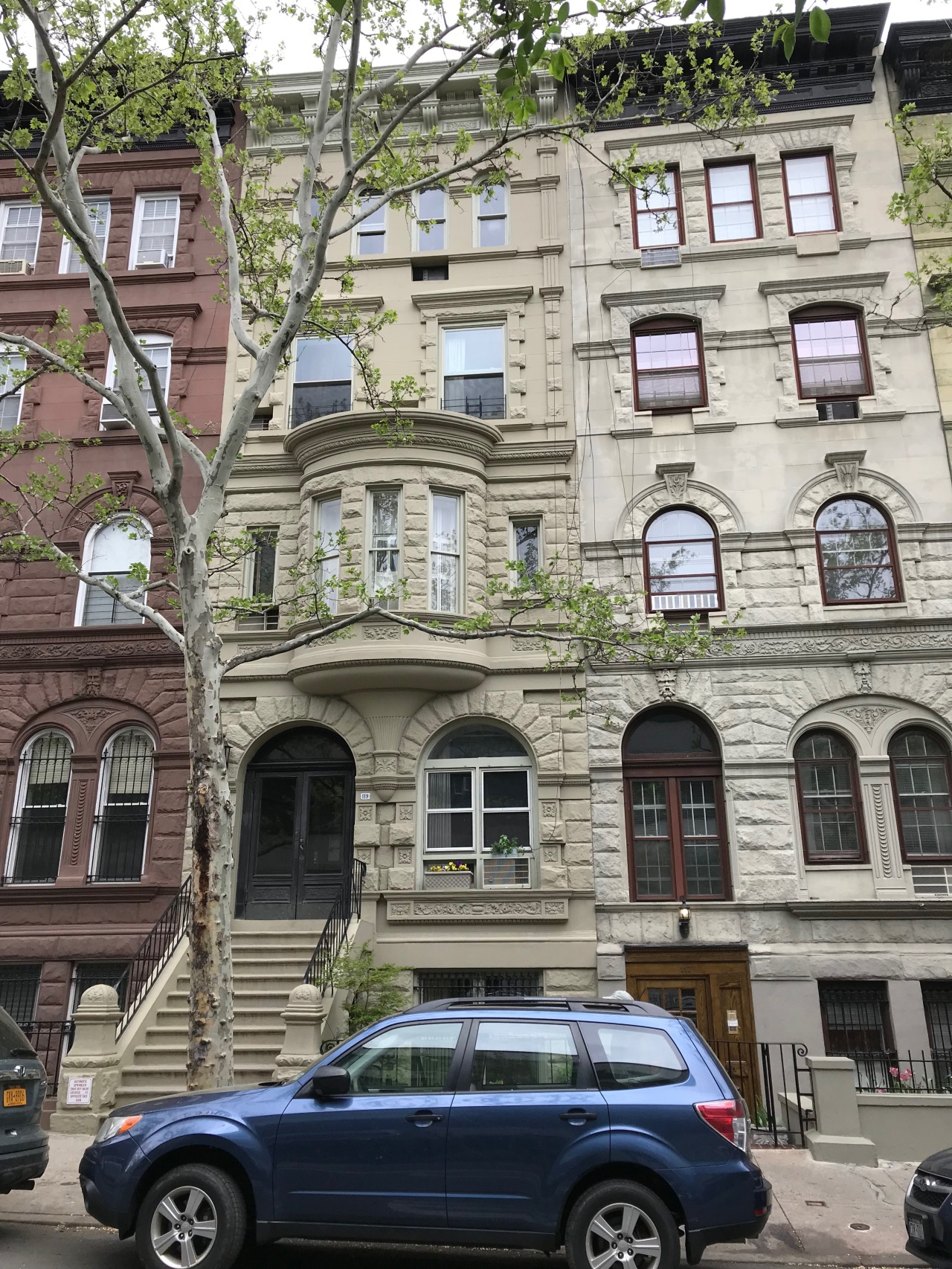 Col, check out these turkey legs!

Then before I knew it I was as north as 112th Street where the diner from Seinfeld is located.  I didn’t go in, but I took a picture… 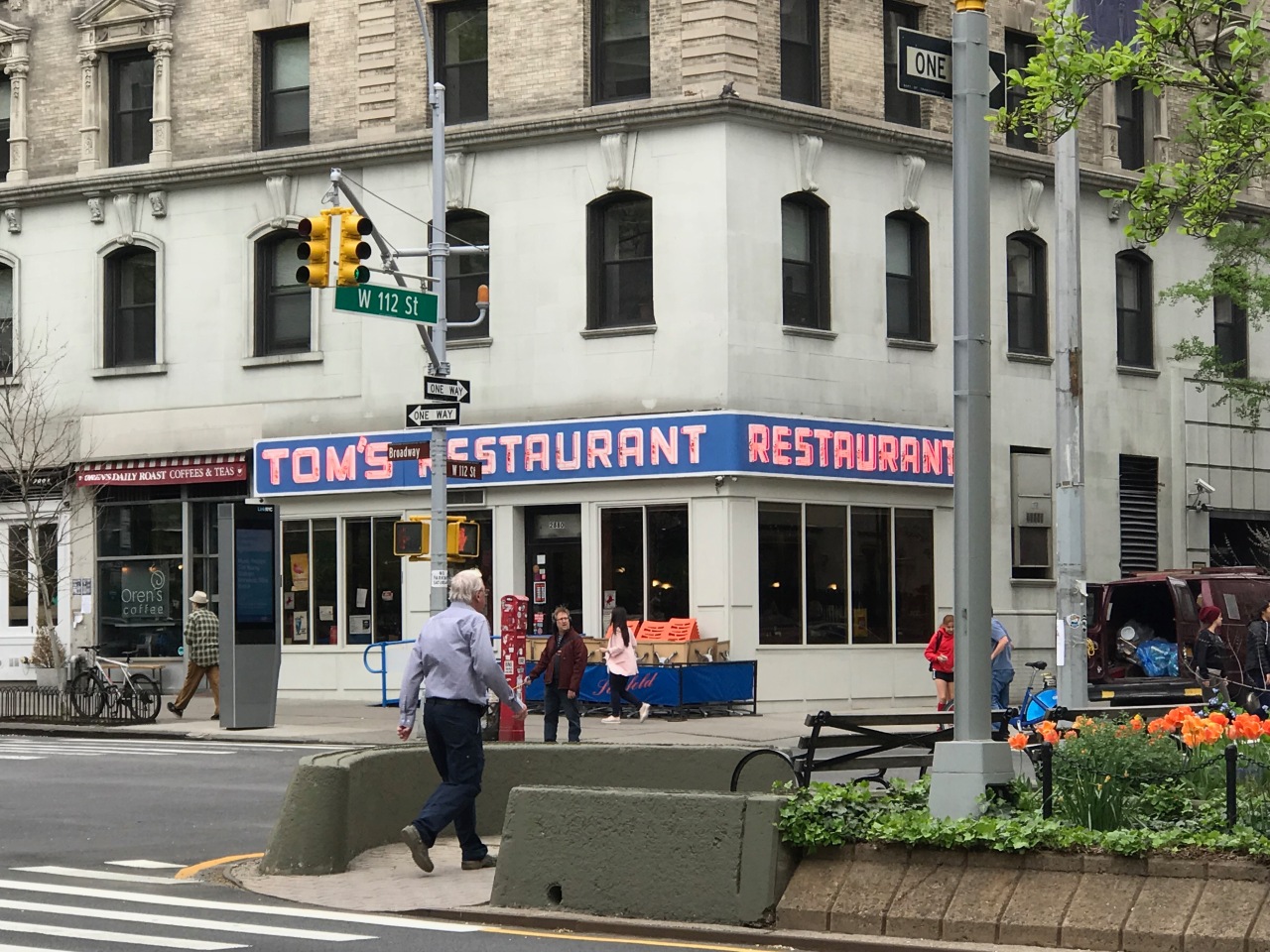 This is a spot that I would really like to come back to – in fact you can walk or ride a bike the whole way up the East River – something I plan to do while I’m here.

I got home late in the afternoon and did a quick turn around to get ready to go and see Celeste Barber – comedian, actress and Instagram sensation. @celestebarber – seriously if you’ve never heard of her – do yourself a favour!  She was doing a small run of shows in the US and we just happened to snag some tickets. 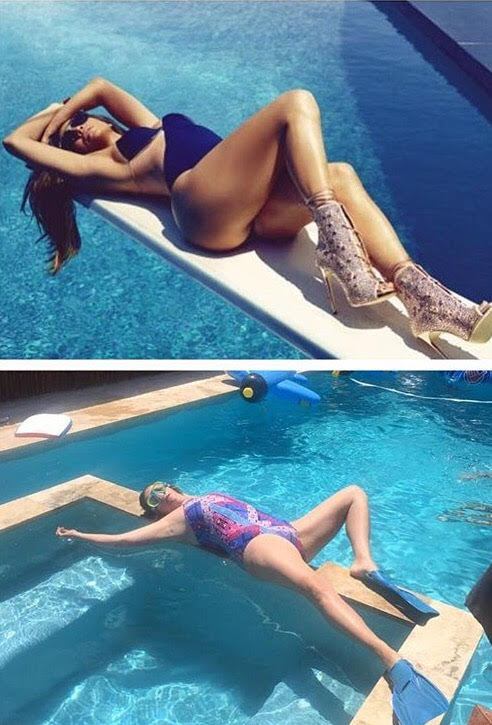 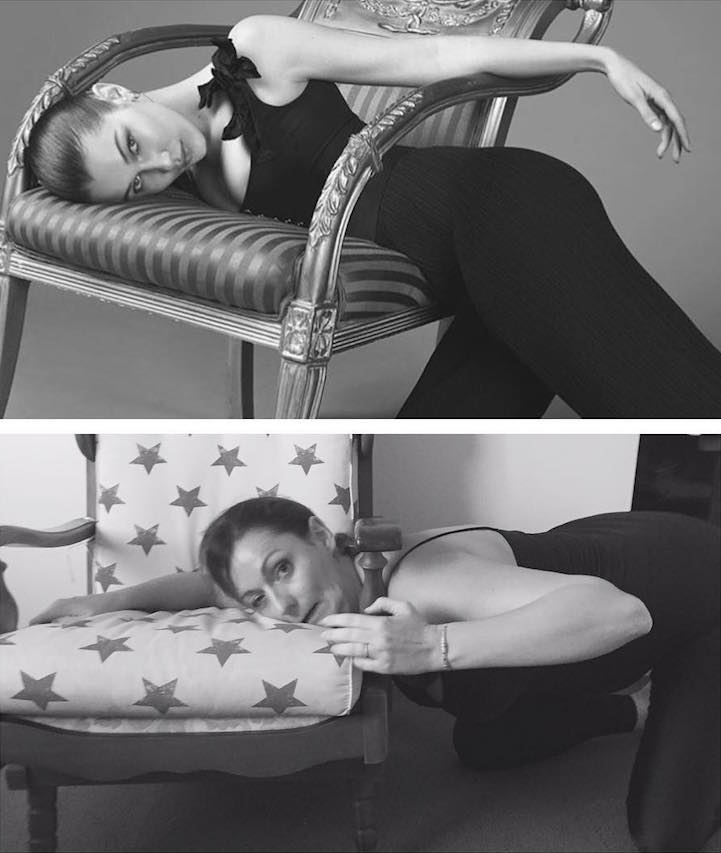 She was playing at the Gotham Comedy Theatre on 23rd Street.  We caught the red line train down a few stops, found the theatre and then scoped out the surrounds for a place to have some dinner before hand.  ML chose dumplings and these had a lot to live up to!

They made a big call about themselves right there on the menu!

One of the many waiters took our order and then another walked past and threw these spoons onto our plates without breaking his stride.  Another plonked these sauces down and when I asked what they were he replied, “sauces.”  Thank you for that information.

ML was looking particularly lovely this evening with her pretty tousled hair.  She was making this dumpling joint pop!

I tried to do the same curly thing with mine, but I ended up with 2 distinct 90 degree angles in places that their shouldn’t be any – so it was dead straight for me. 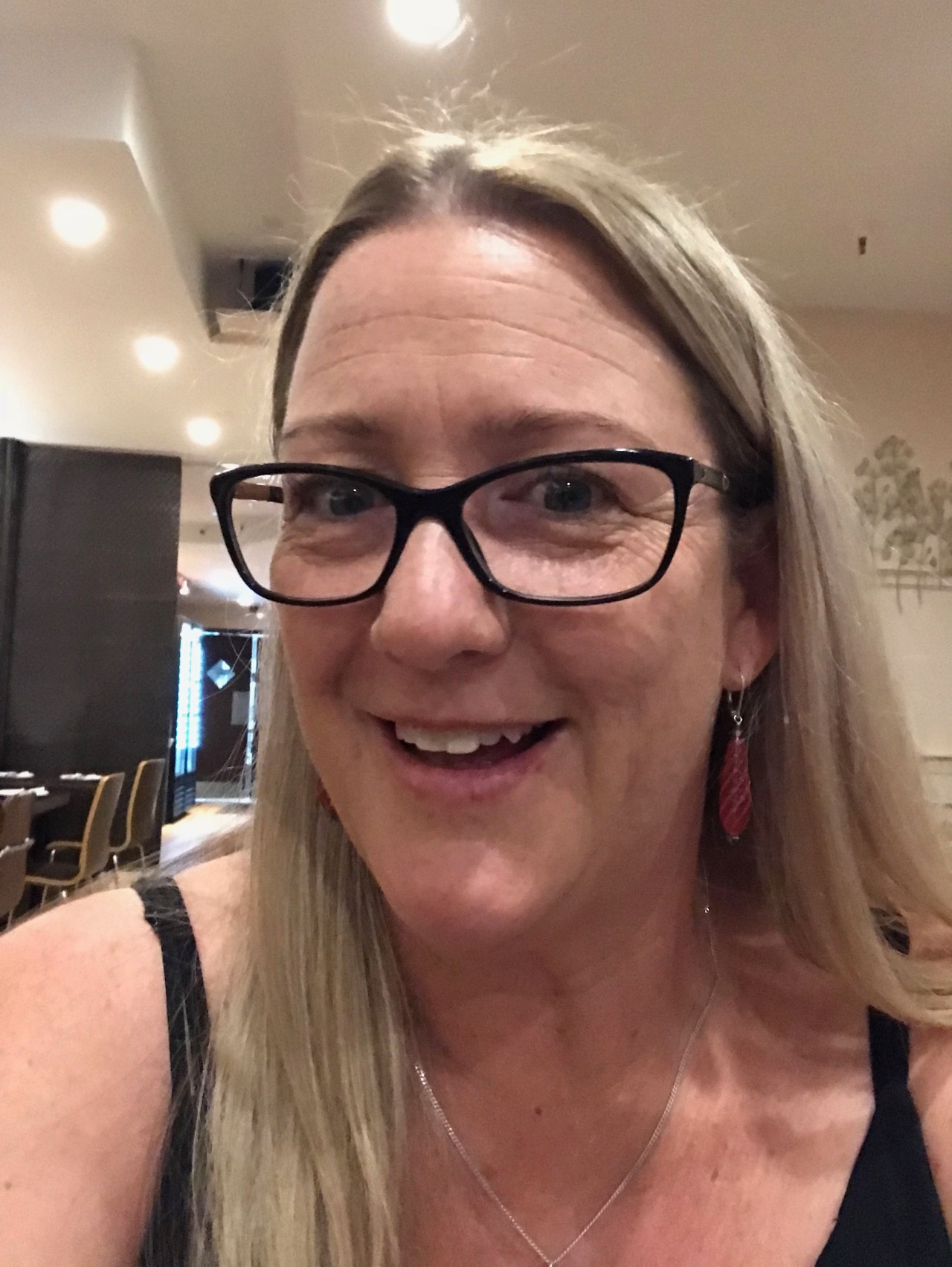 Dinner turned out to be quite delicious, but we still had a bit of a wait until our 9.30pm show time, so we popped down to this bar for a couple of drinks. 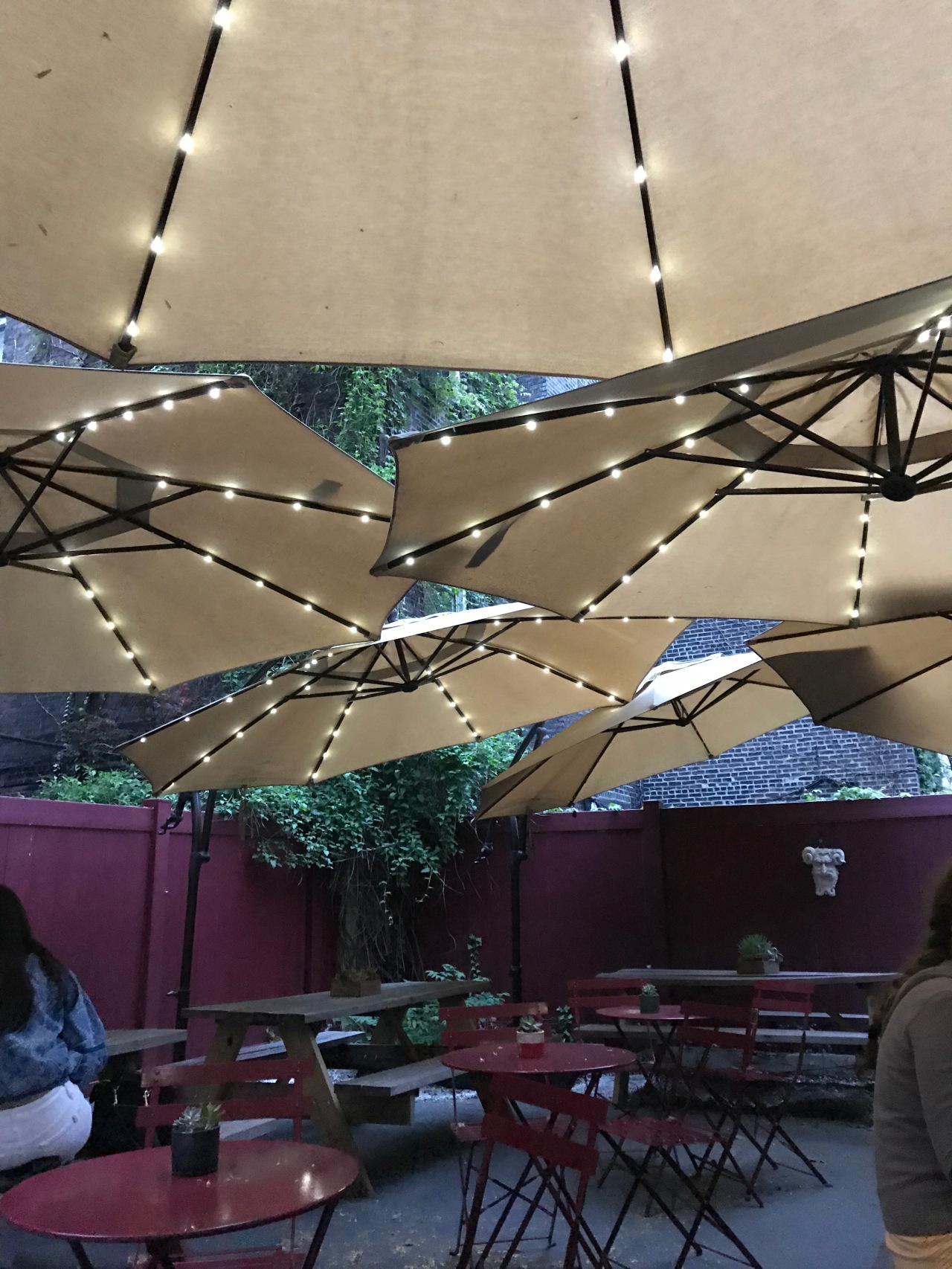 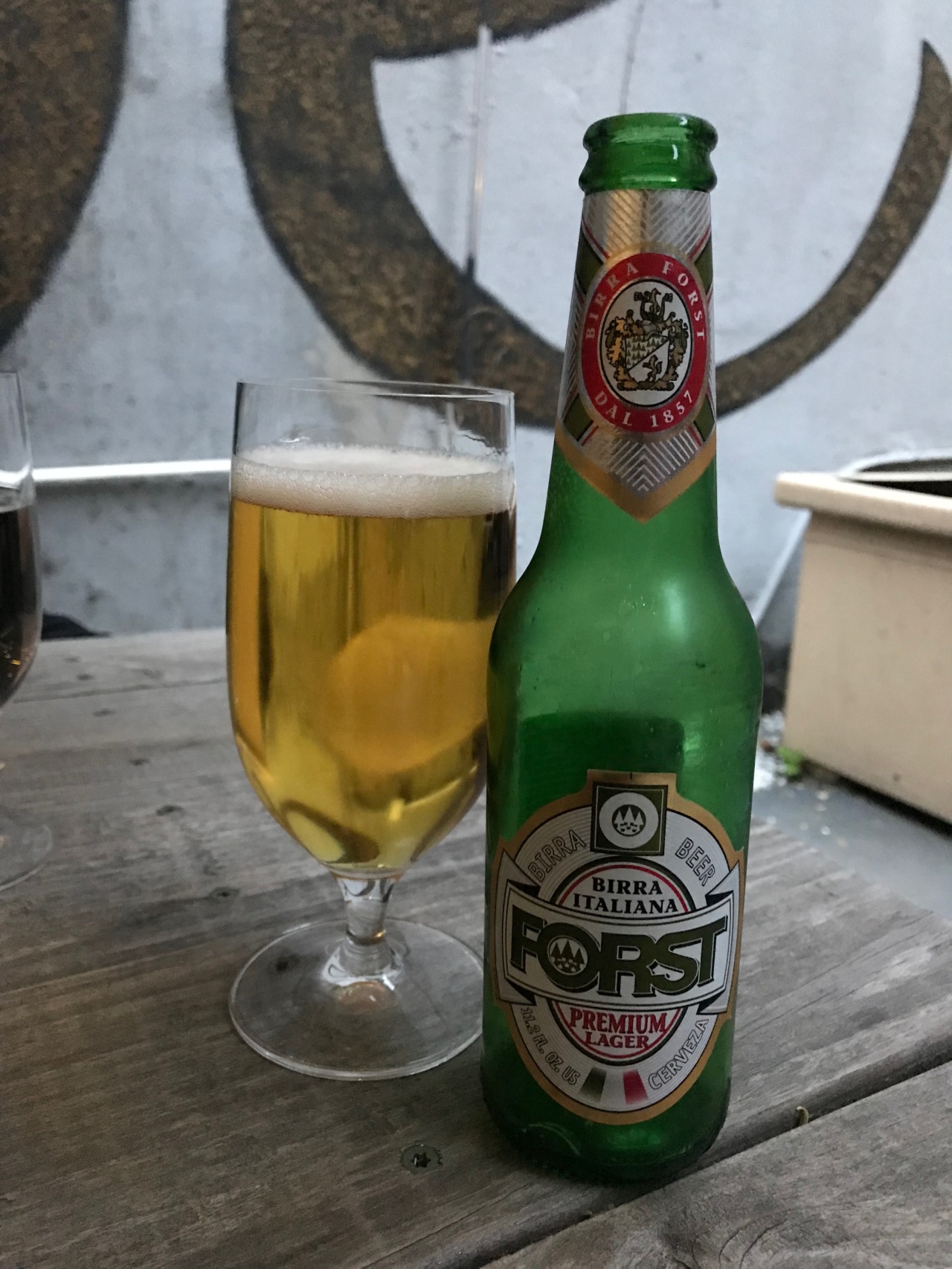 Where we were served by a chap who looked exactly like “Burger” from Sex and the City!  It wasn’t him, but ML reckons maybe his brother? 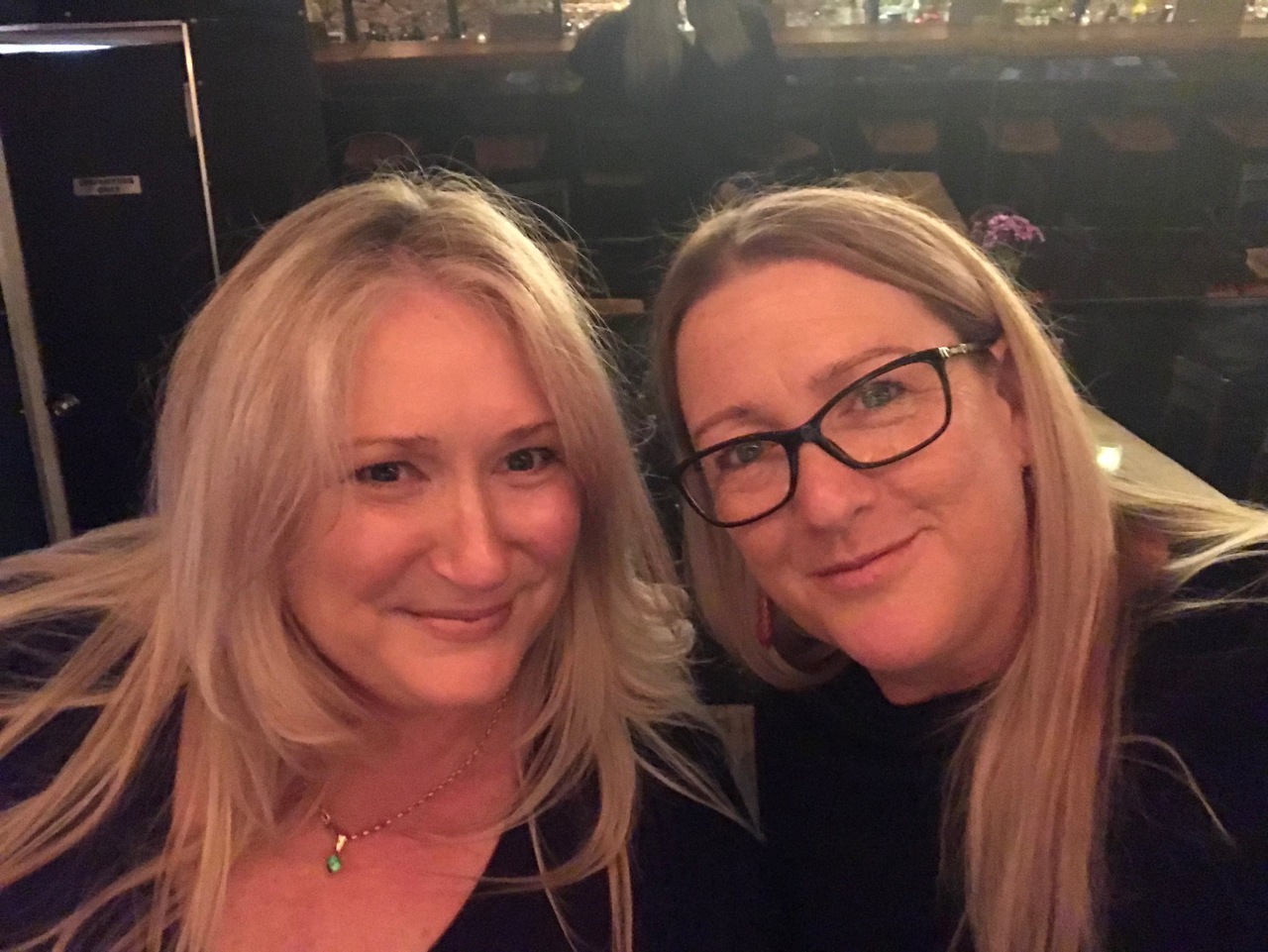 This is my new clutch that I purchased from the market today – for those times when you don’t want to take your khaki shoulder bag or your backpack… it worked a treat, so thank you Lesia Griffen of 144 Collection – Handmade Handbags, Wristlets and Accessories – www.144collection.com

Then right around the corner was the Gotham Comedy Theatre and there was already a gathering outside.  We thought maybe that they were still the people coming out from the first show, but when we reached the door some people were walking inside, so we just jumped on the end of that line and found ourselves at the front of the line (well near the front)  We weren’t sure if our tickets were for particular seats or first come first row…. but it turned out that the room was long and narrow, so everybody got a good view, but we were jut off centre at the front of a raised section – so happy happy happy.

We were sat at the tiniest table you’ve ever seen – remember those tables they used to have at Oriels Cafe in Subiaco?  Well that sort of size – and we were sharing it with two lovely ladies – both named Amy, so that’s was easy.  They were both art teachers living just south of Washington DC in Virginia and they’d made the trek by train to see Celeste.  We also spoke to some people in the line who flew in from Florida to see her.  She’s very popular – 3.4 million followers on Instagram will get the word out.

And she didn’t disappoint.  She really is the darling of the internet at the moment and just recently won “The Funniest Person on Instagram” award…. the prize was a cap and a mug – most fitting.

The tickets were only $25 and we’re glad that we got to see her when she was only starting out being famous…. I can’t imagine the tickets will stay at that price as her career soars.