So, you now how I said that the landscape changes?  Well, look at this – now we have a random hill.  There were some others along the way.  I’m loathed to call them mountain ranges because they really are just hills.

Apparently a hill becomes a mountain when it is 300 metres above sea level….  we were gong to fast to tell, so you be the judge. 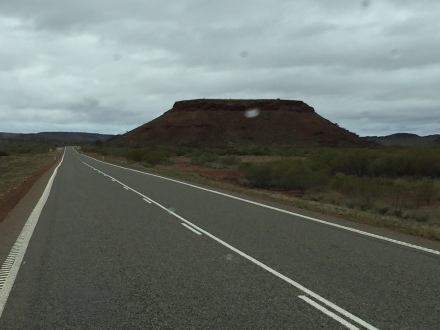 The plan today was to make it up to Robe River where there is a 24 hour camp site that was going to fit our non muddy boggy marsh needs, but with a quick search on Wikicamps – the must have app for all travellers in Australia – we spotted another campsite that was a lot closer and had potential to not be too busy.

On our way to that spot, we passed this truck holding bay…. 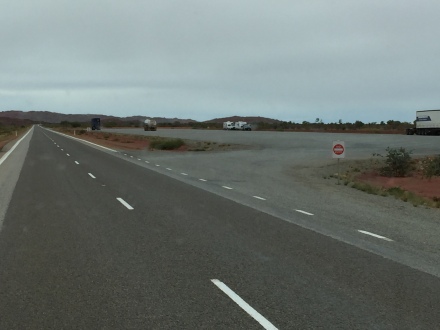 There were a few truck trailers and two caravans – from Mandurah!   They were set up with their satellites up and their annexes out like they were there for the duration.  After speaking with one of the chaps, we learned that they had been rained out of their camping area near Onslow and would have to stay here for about a week before they could head back in.  They didn’t seem too fazed.

The original spot we were going for was a large muddy puddle, so we set ourselves up at the truck stop and got tucked in for the night.

Here were some of the highlights: 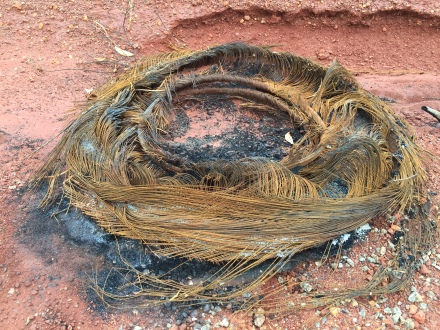 A burnt out tyre 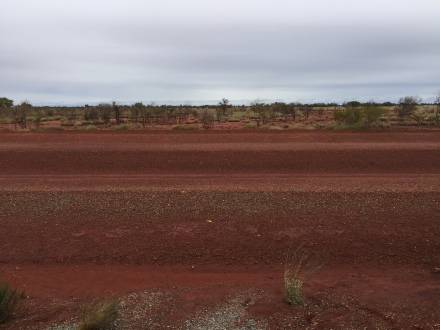 A whole lotta not much 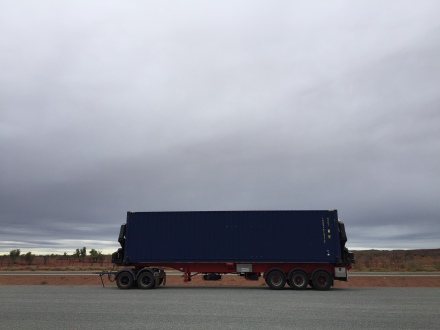 A shipping container on a trailer

We did actually have a bit of entertainment when a truck pulled in – lights-a-blazing to either drop off a trailer or pick one up and perhaps he just had to stop for a minute….. his lights flashed and his truck beeped.  I’m not sure what time it was because we all went to bed at about 7.30pm!  So ear plugs in and I was good to go – to sleep.

I think it may have still been light when we went to bed.  What’s happened to me? 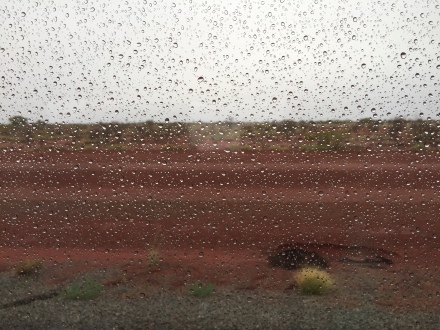