On a previous trip I had done a kayaking tour which was absolutely brilliant and I knew that Felicity would love it, so we booked it again.  We got off the ship to some dubious clouds, but didn’t think too much of it – if I’m honest, I was happy about the cool change!

It wasn’t until we were out on the kayaks that the first crack of thunder was heard followed soon after by a huge bolt of lightening.  It was still a fair way off, so we continued on our way.

We were in a two person kayak and keeping up quite nicely with the Philip, the front guide.      Our rhythm and oar work just couldn’t be matched by the other rowers.

We stopped off at a little cave beach with about 12,000 other groups of kayakers and had a brief swim.

Thongs, reef shoes or sandals were recommended as this is the ground you’re working with.

The cave is pretty amazing and the water is crystal clear! 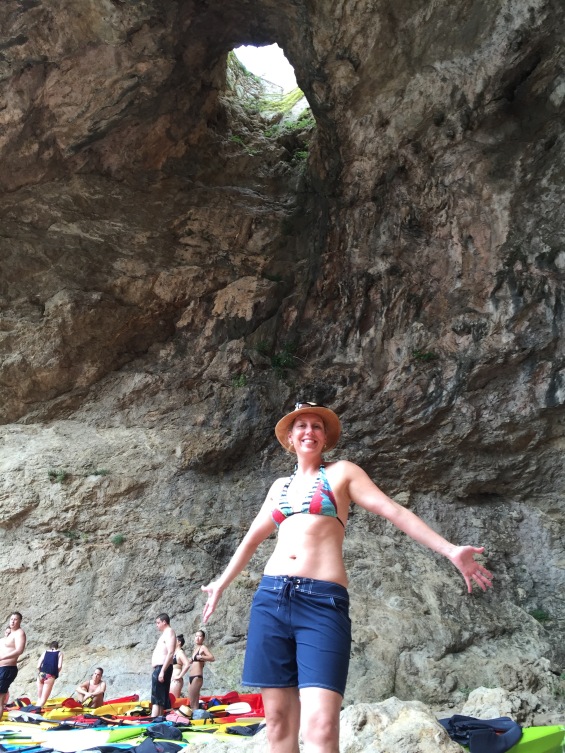 Don’t bring your cat though – not much room for swinging – she’s busy!

Here’s a little treat for everybody…. yes, yes, she’s lovely, but focus a little to the left.

Here we are – a couple of kayaking winners!

We were meant to head out to, then around Lokrum, the island that sits just off Dubrovnik Old Town, but the thunder was getting closer and louder and the decision was made to head back to base. 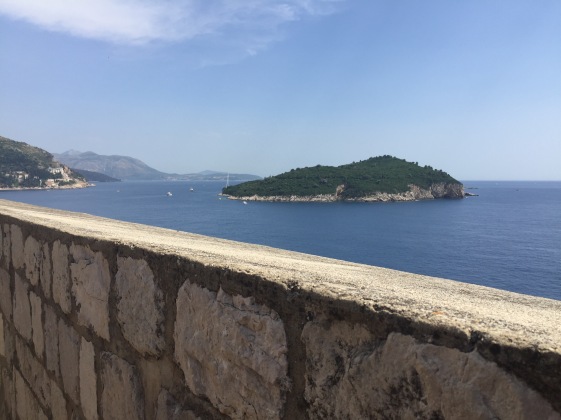 Then the heavens opened and we were hit with rain drops as big as your head.  The waves got bigger as the wind started to blow.  At first it was quite enjoyable until it wasn’t and we just wanted to get off.  Naturally as soon as we got off, soaked through with no dry clothes, the rain stopped and the sun shone.  It was like a completely different day! 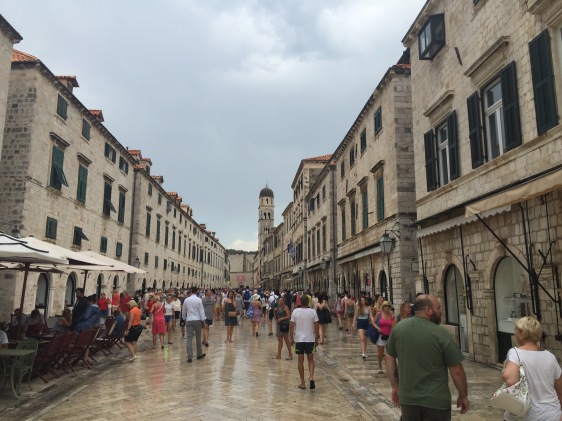 We wandered the Old Town, had a drink at the Buza – the hole in the wall bar and then walked the wall.  I got half way around and I have to admit that I had to give up half way around cause it was too damn hot. 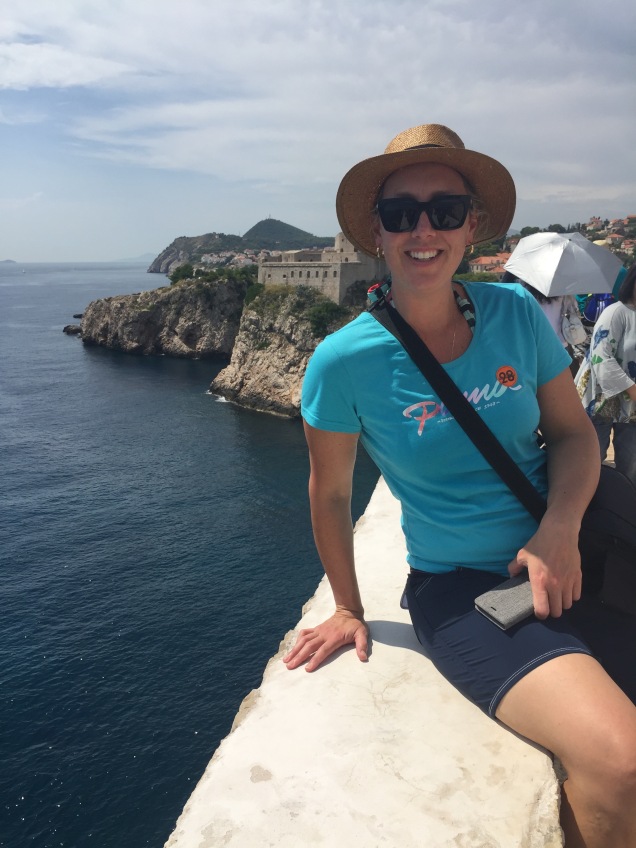 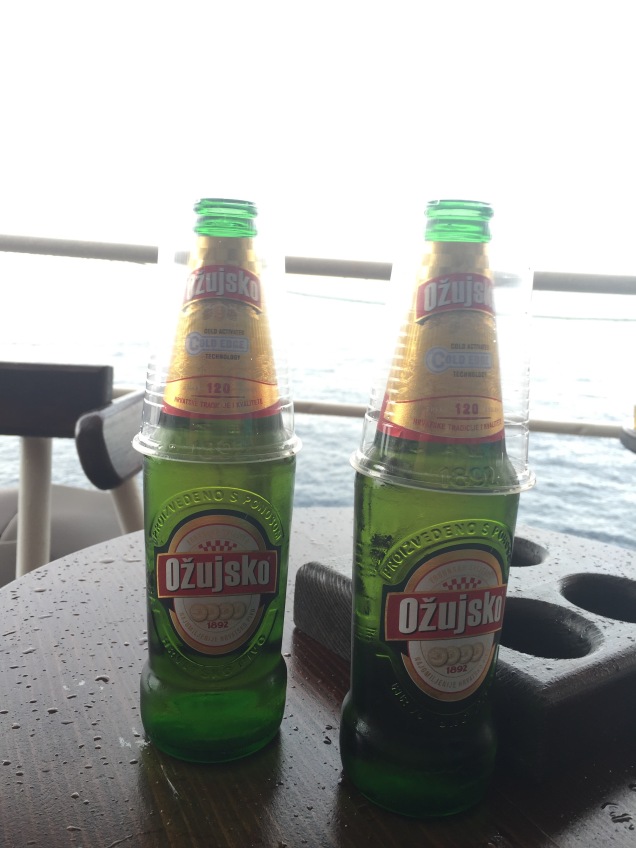 A great Dalmation day out.