On Sundays in Berlin – all the shops are closed which is great because it means that everybody gets to go to the markets in Mauerpark.

We caught the blue line on the U-Bahn and followed the crowd to a mecca of trash and treasures.

There is literally something for everybody. 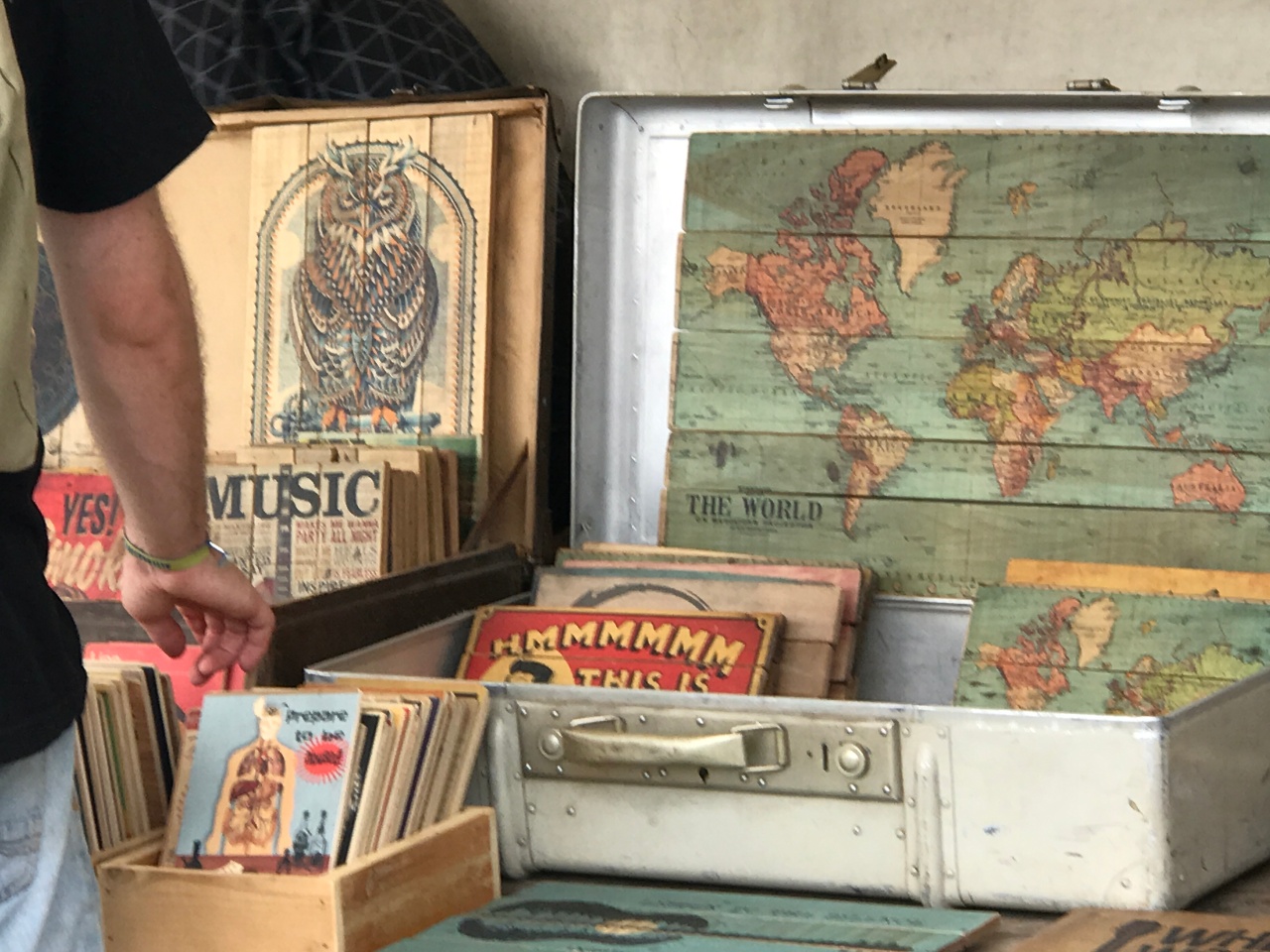 Furniture, cameras and, why would you go anywhere else for all your ladder needs?

When we were kiddies my sister and I had fashion face barbies – one of the large Barbie heads on a stand that you could put make up and hair styles on…. Chris never had one, possibly because neither of her two older brothers had one to hand down to her… but she really wanted one.

I suggested she grab this one. 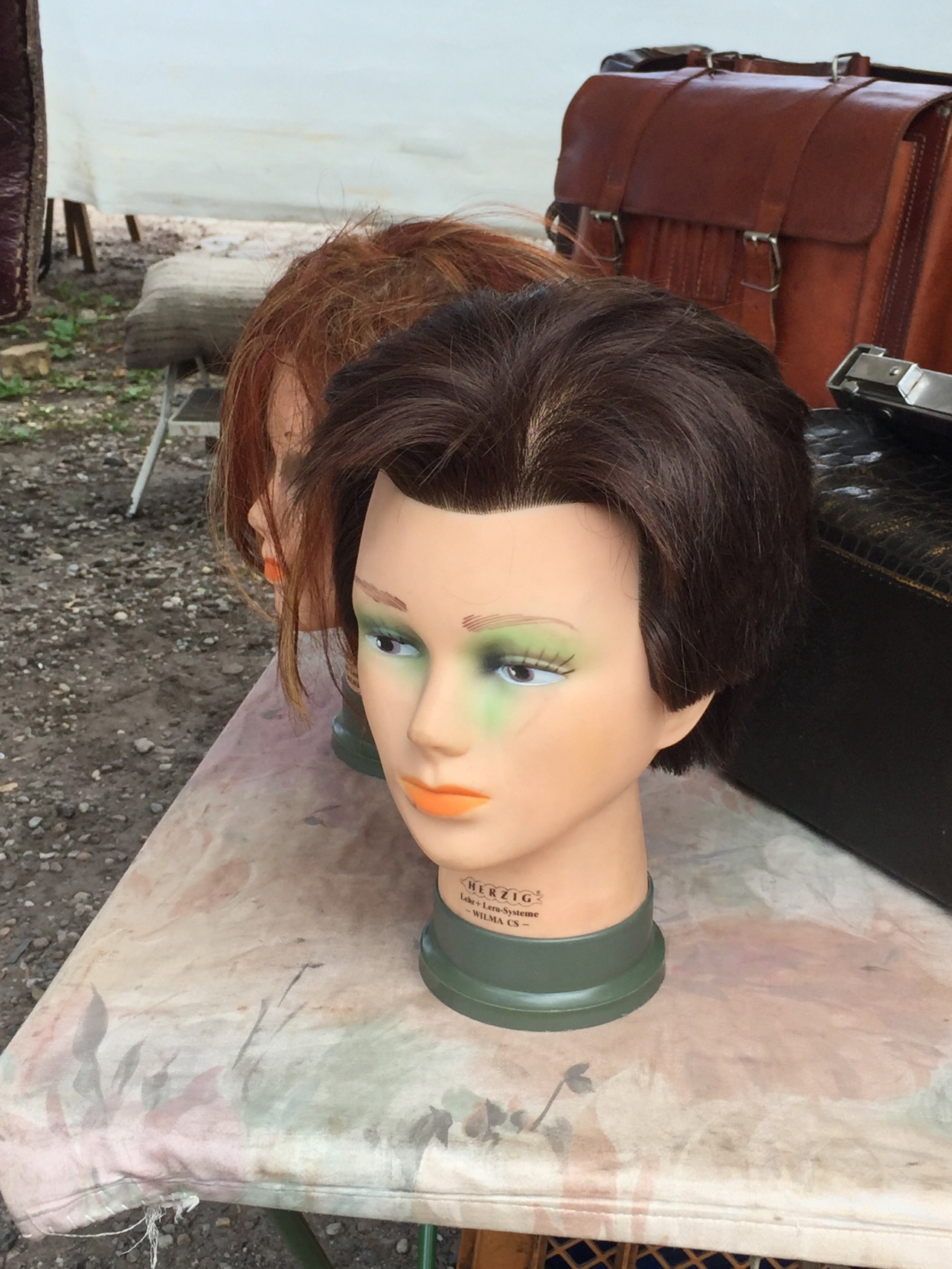 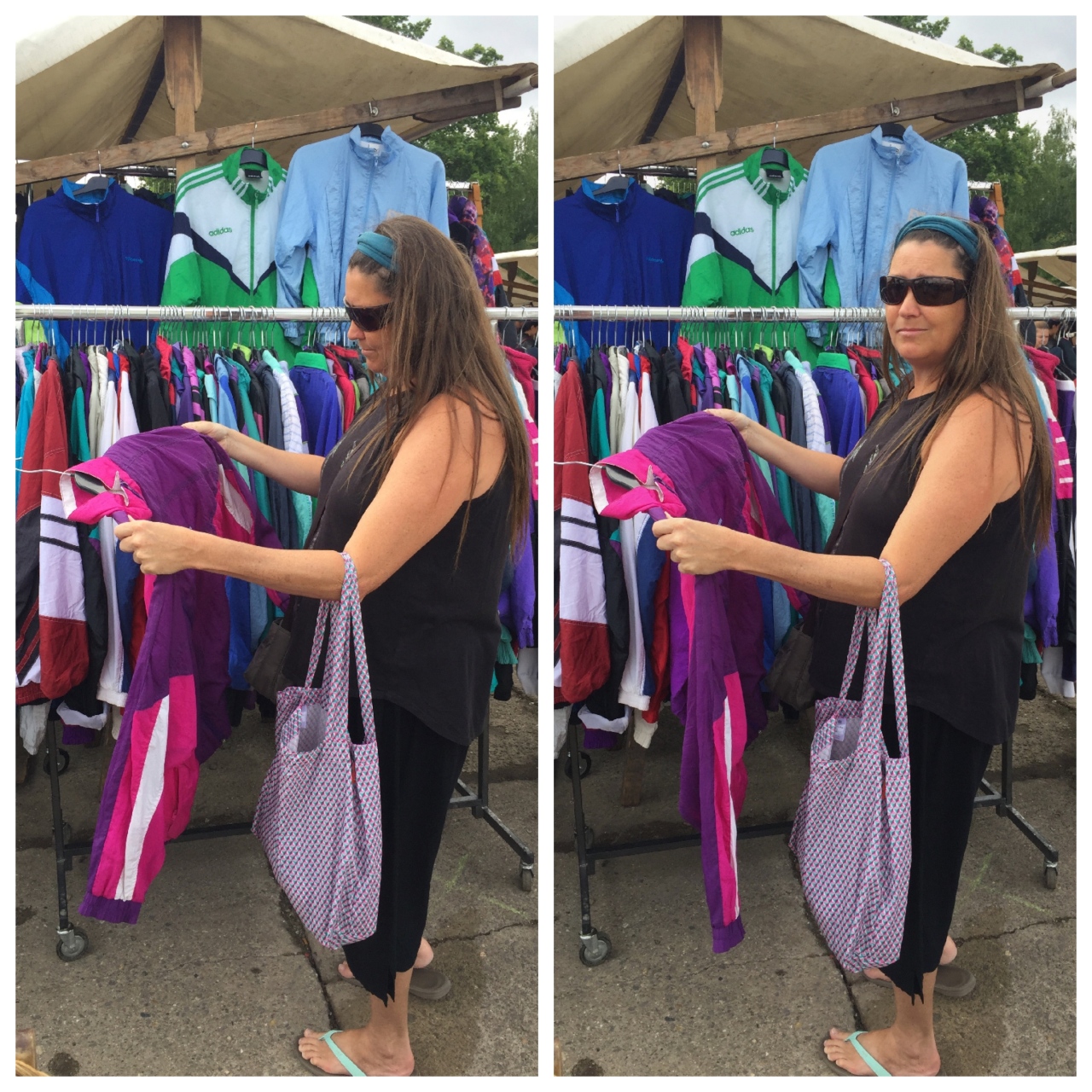 There were old cases a plenty… and this mystery in a can – liquid frozen whole egg ? 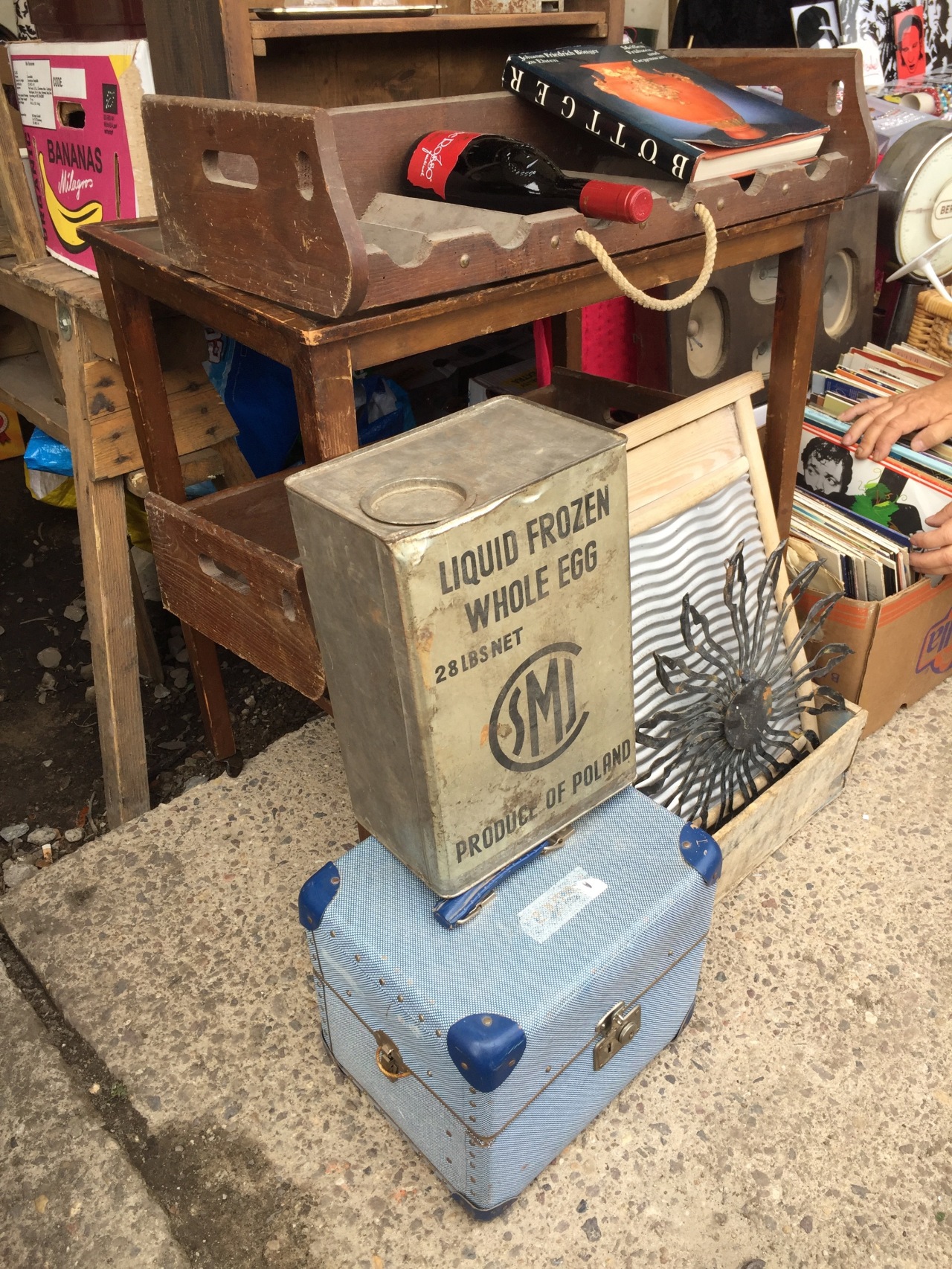 If you’re after Crazy Bastard Sauce, then this is the place to come.

If only this were at home – we would have taken the trailer down there. 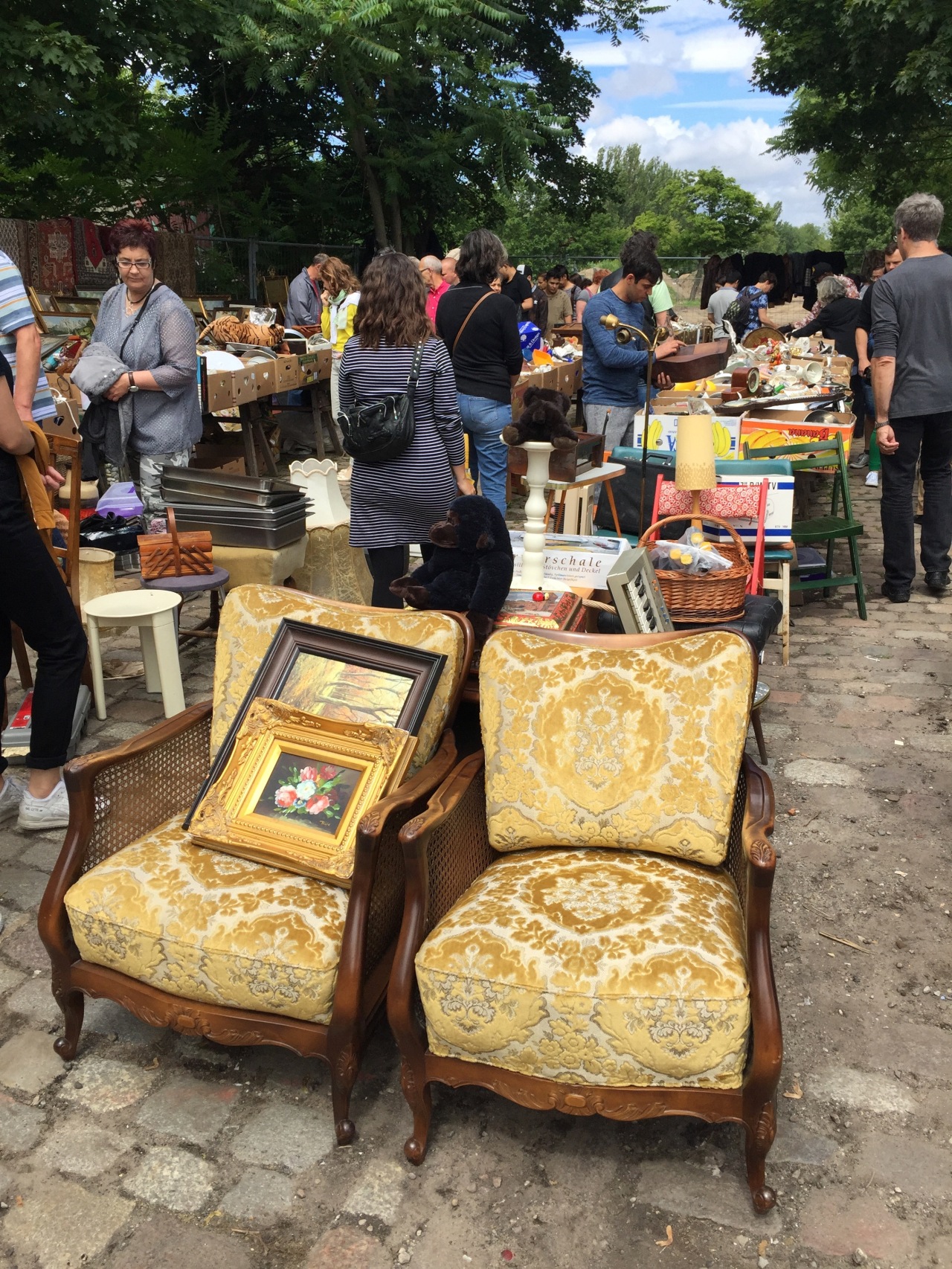 Do you love a bit of a china tea cup?  Or what about an old fashioned phone dial up phone?  Owl collection anyone? 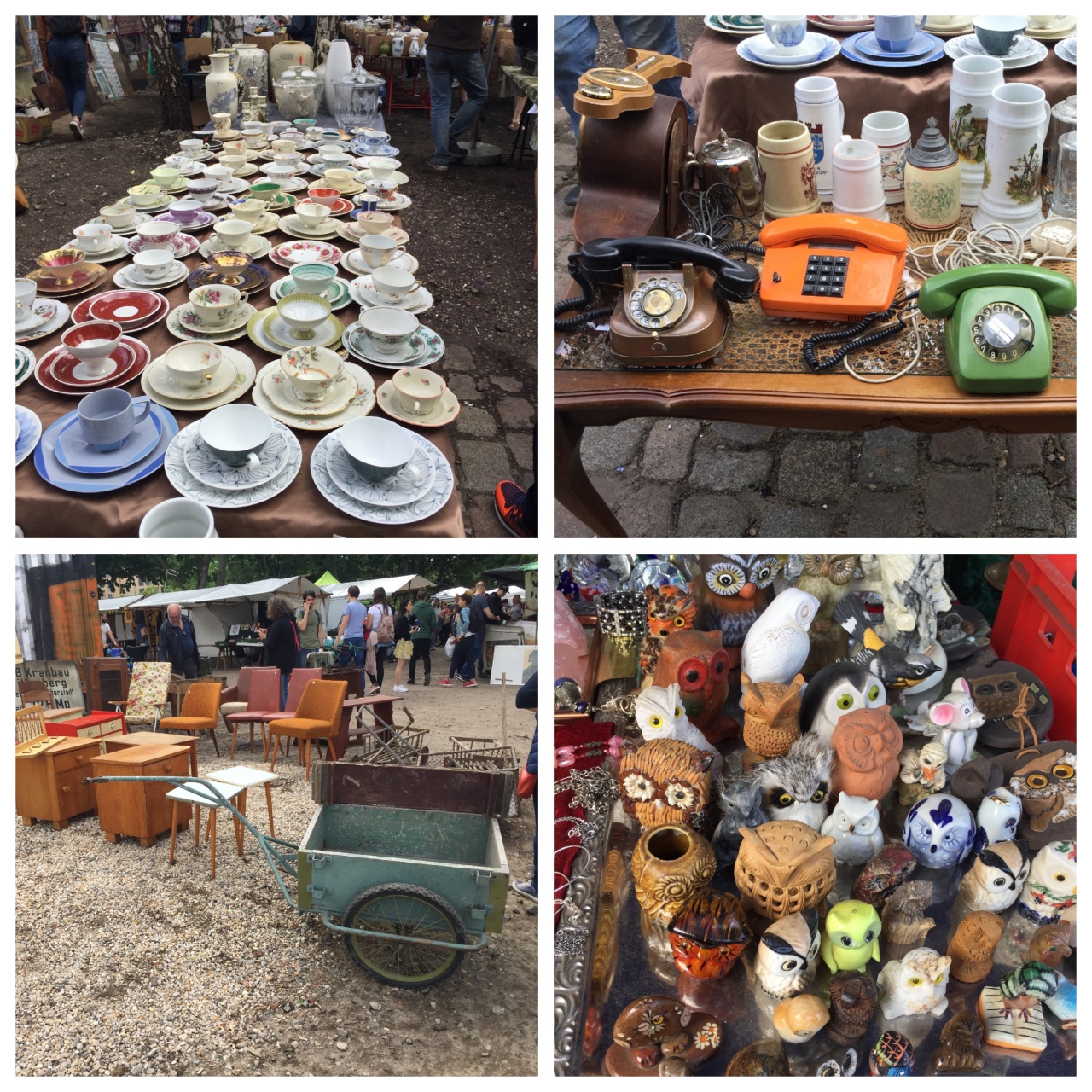 There was also a heap of food vans where I sampled the most disgusting hotdog –
OF . ALL . TIME! Maybe in hindsight there was a reason that it was the only place that didn’t have 30 people lined up to purchase their wares?  It was spat out and thrown in the bin after the first bite and we headed for the first place that sold schnitzel with mushroom sauce.