Anyone who knows Chris knows that she is a diehard Midnight Oil fan, so when she found out that her all time favourites were going to be playing in Europe near where we were going to be – she jumped at the chance.

Now, me – I like to go to the opening of an envelope, so even though live concerts aren’t really my thing (the last one I went to was Kenny Rogers – who rocked, just by the way), I was more than happy to make Chris’ dream come true. 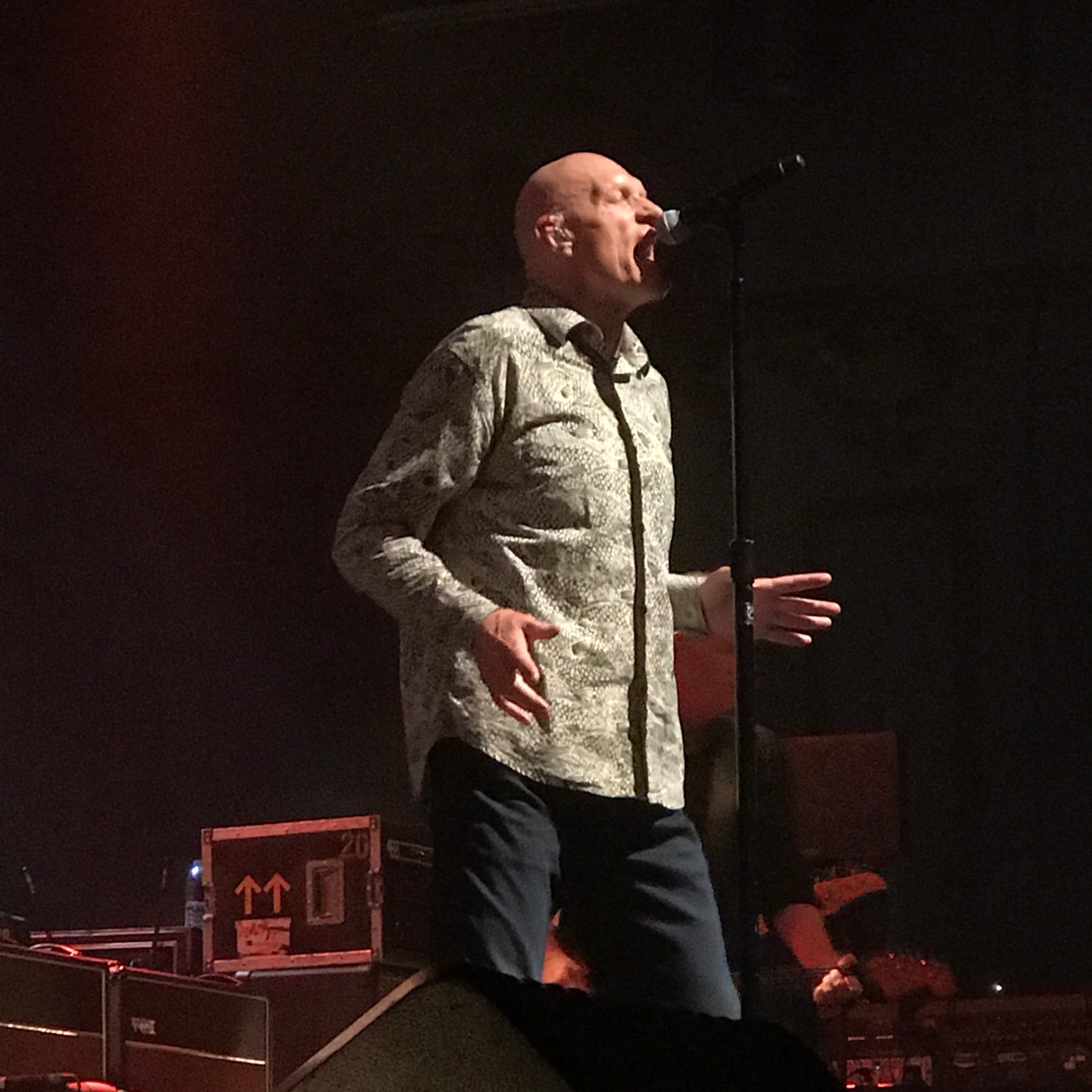 We needed to fly out ‘somewhere’ in Europe – so we made it Germany – where the Oils just happened to be doing a gig on the exact day before we were due to fly out – the coincidence is uncanny!

Even though Poiter and the boys usually garner 15,000 strong crowds back home, over here, they’re playing much smaller, more intimate venues like Huxleys – a grungy bar attached to an even more grungier casino, which holds 3000. 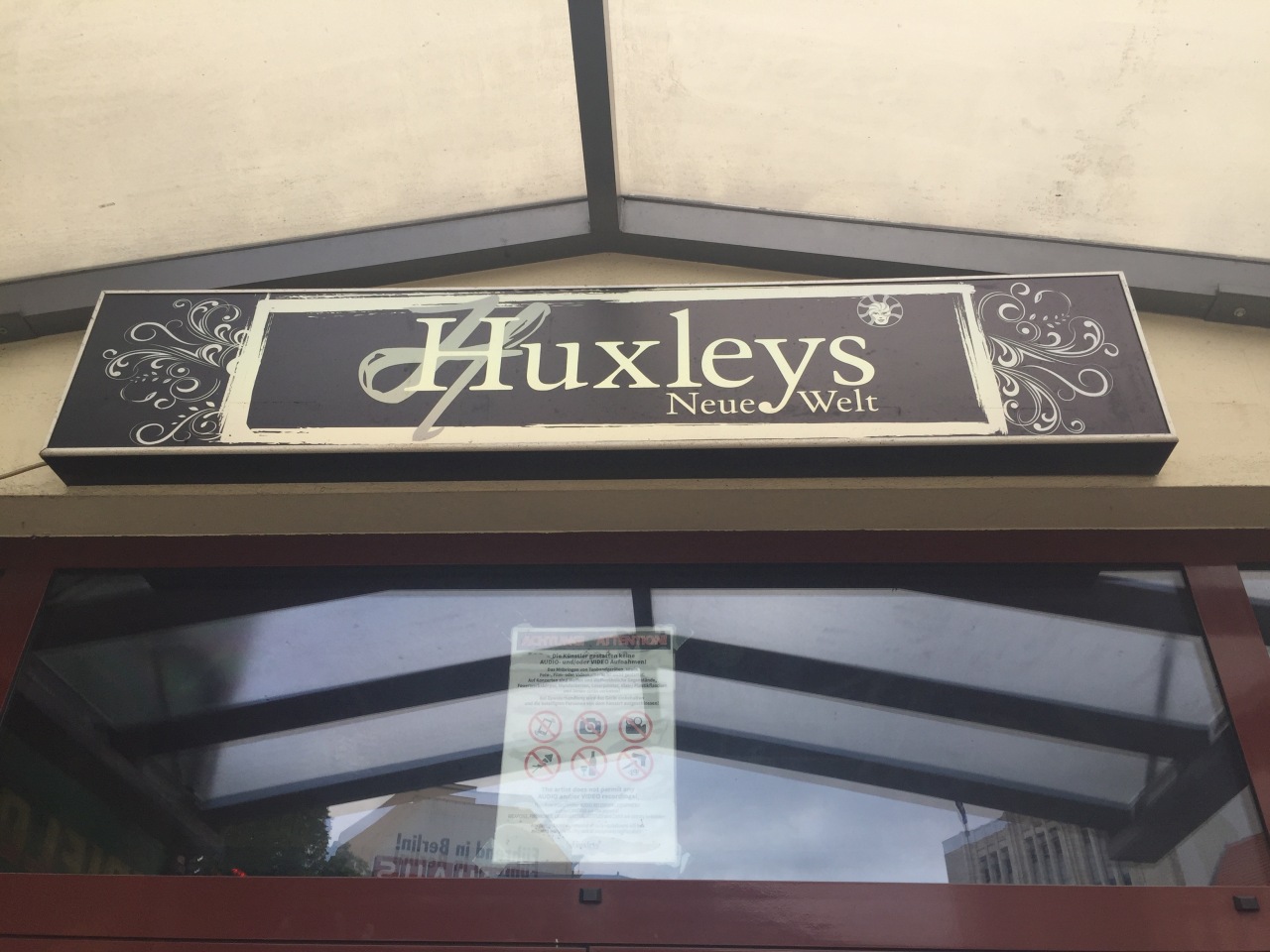 We did a little reconnaissance to the venue in daylight hours so we’d know where we were going that night.

Yep – this is the place! 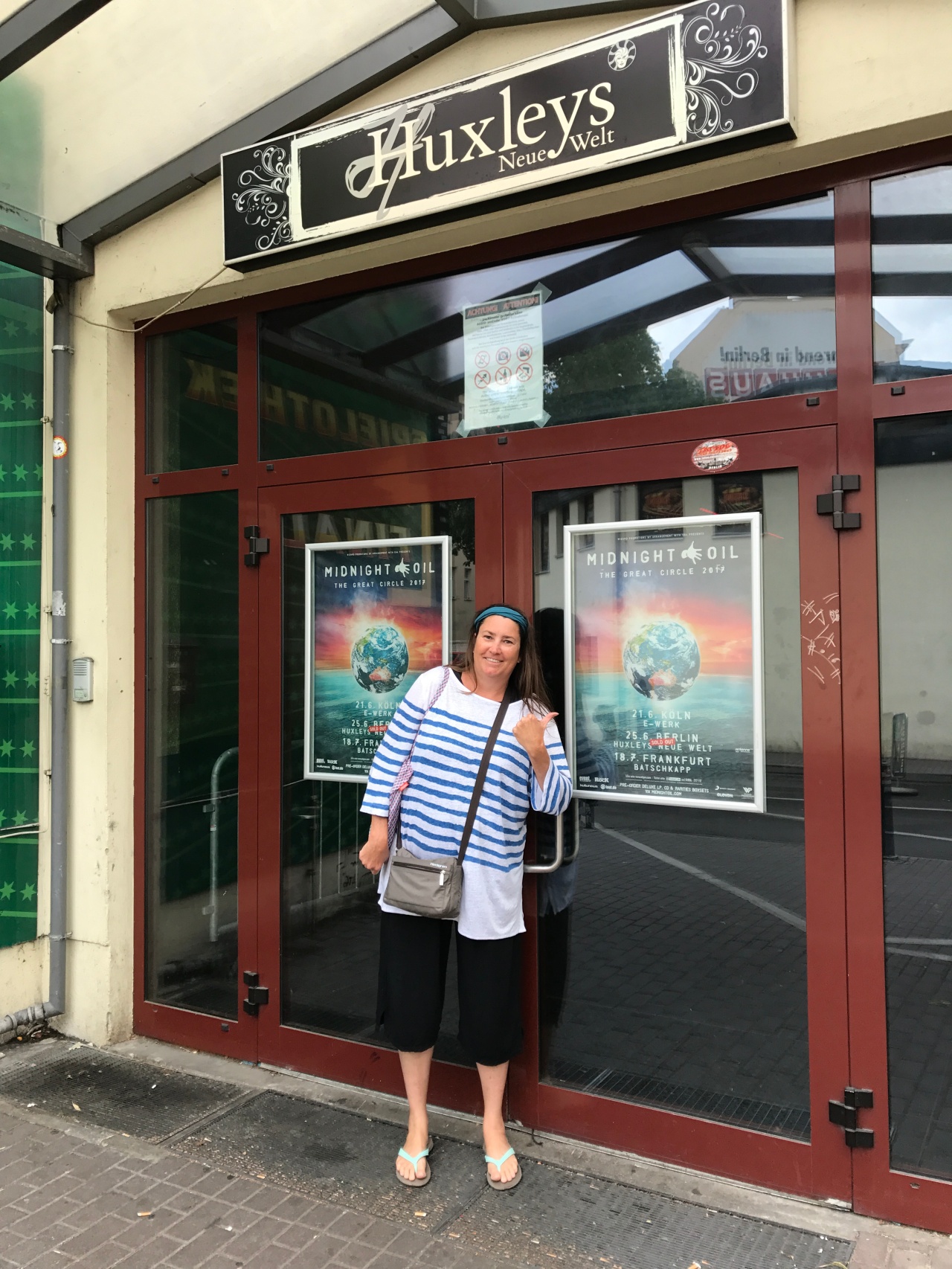 And lucky we did, because even though we managed to arrive almost on time, the other 2998 people attending all planned to get there at exactly the same time!  A mostly male crowd, with a spattering of Oil loving ladies. 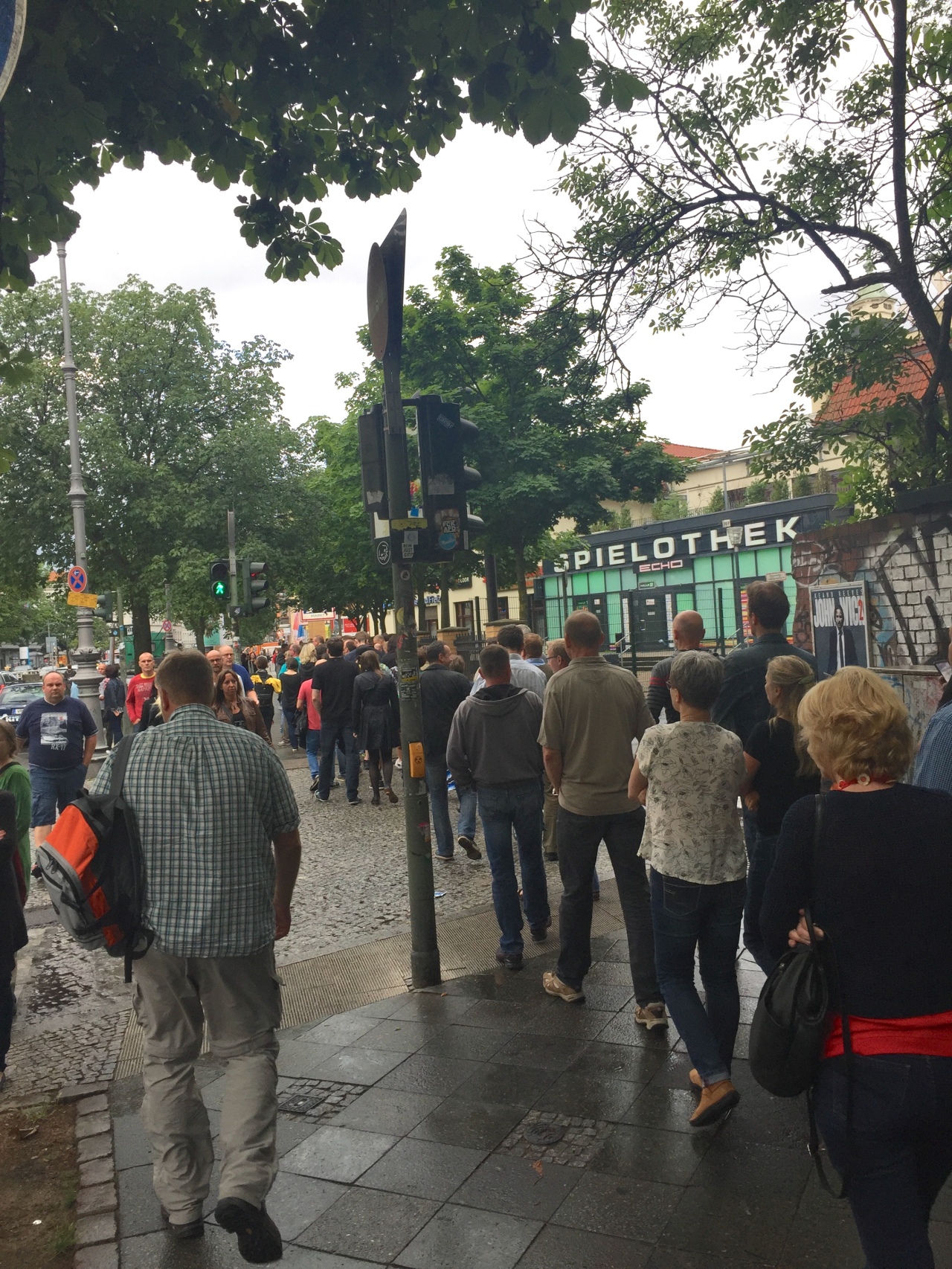 Even so, we purchased our one beer of the evening and Chris manoeuvred us into an unbelievable pozzy – right at the front (slightly to the side) – we didn’t want have to go to the toilet and risk losing this amazing spot.

This chap on the left behind us looks a little sinister here, however he turned out to be a really sweet young man and also happened to be a photographer hired by Poiter and the boys to take pics during songs 3, 4 & 5. He and about 3 other photographers were ushered into the alleyway between the stage and the fans at song 3 and were just as quickly whisked away after song 5.  We haven’t seen his pics yet – but keep an eye out on his Instagram – @derflip 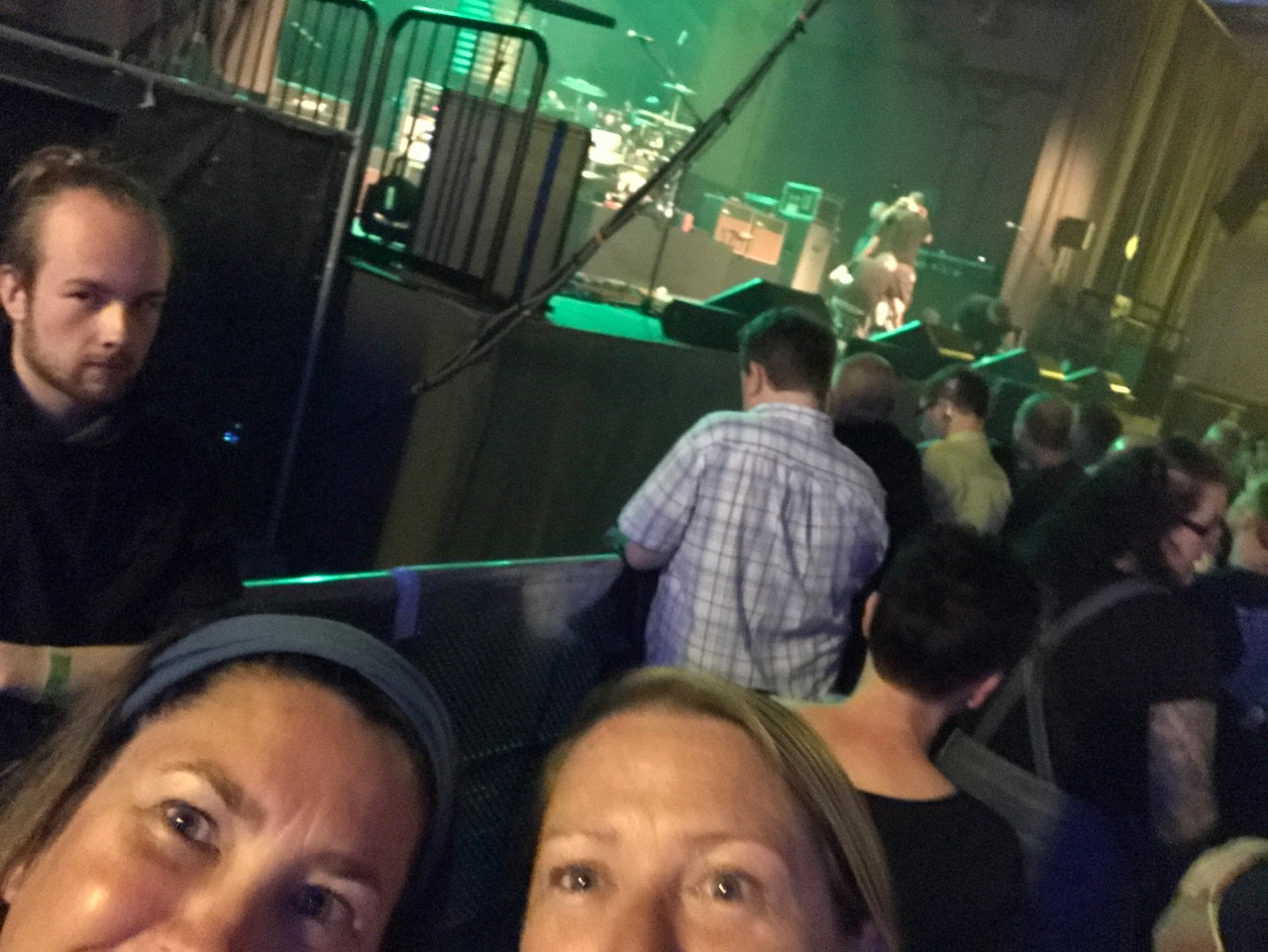 Pete didn’t disappoint with his world known dance moves from the first second all the way through to the second encore – 2 solid hours. 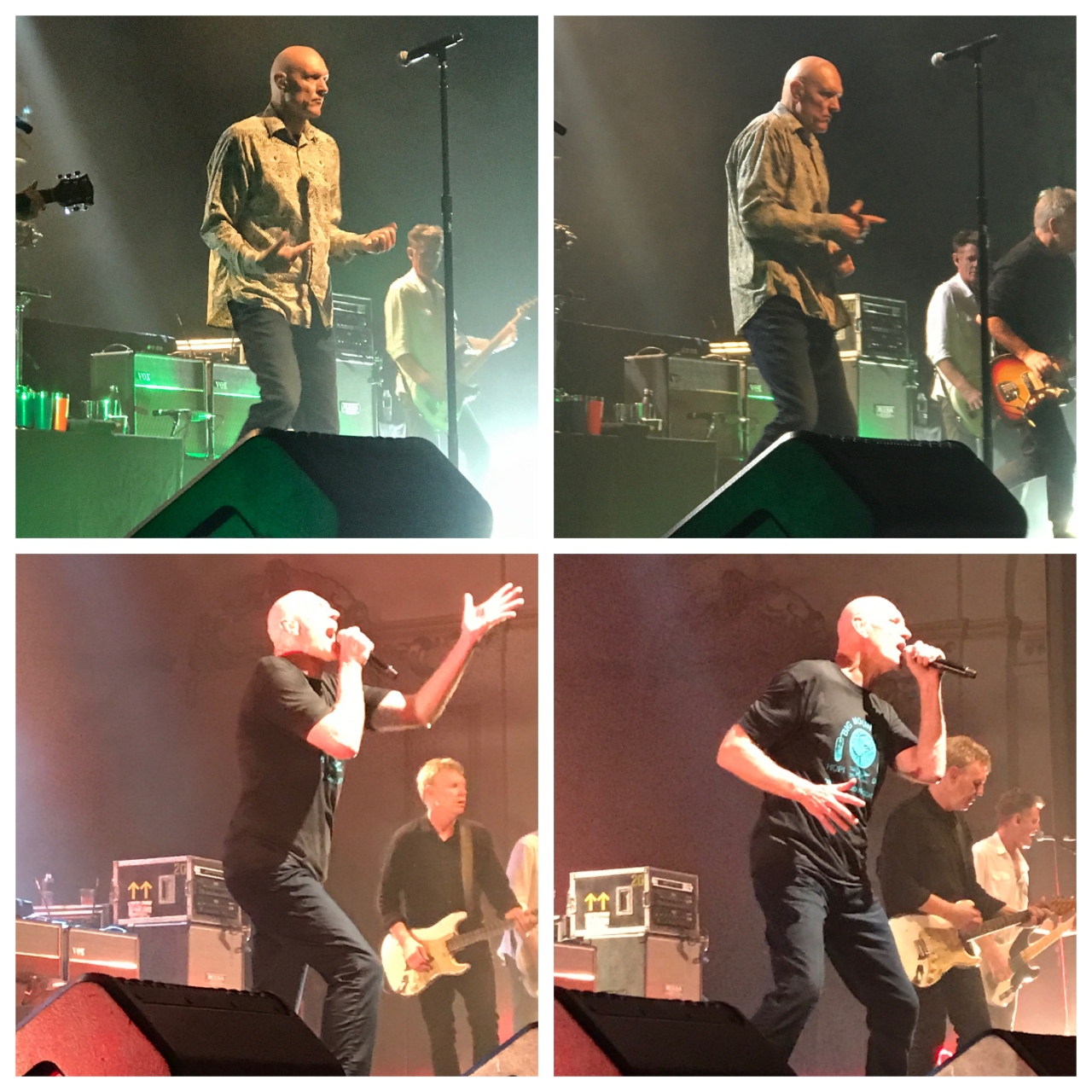 Even during the couple of slow songs, which allowed the boys to have a bit of break, Pete sang with such emotion that it still must have taken it out of him.

I know all these photos are of Pete, but let me tell you, the rest of the chaps gave a massive performance as well – special mention to Rob Hirst on the drums – he was incredible!

“Blue Sky Mine”
(This is on Chris’ Facebook page, so hopefully you’ll be able to open and see it)

So, my thoughts on live bands have been completely turned on their head… maybe it was the bands I was seeing?  Maybe it was the fact that we were at the front almost wearing Poiter’s sweat?  I don’t know.  All I do know is that I can’t get every single song from the Diesel and Dust album out of  my head!

Apologies on the quality of some of these photos – I did what I could with an iphone in a jumpy crowd.  You’re welcome.