The Laundromat Cafe was a definite winner in Reykjavik.  You can do a load of washing and enjoy some brekky, lunch or dinner while you wait.  The counter is lined with books – all stacked in colour order, or there are magazines if you’d prefer.  You can sit at tables, in booths or up at the counter.  It’s a pretty popular place, but people share the big tables and happily squeeze in where they can.  We went for dinner and then went back the next day to try out their brekky. 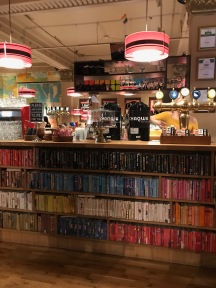 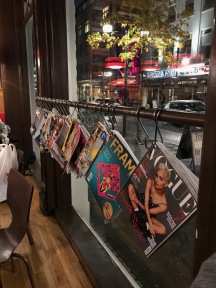 Let me just talk you through our weird hotel room again….
pic 1: that’s the door to the shower – not the bathroom – the actual shower.
pic 2: that’s the powder room.
pic 3: that’s the bedroom (with plenty of room to split a bed into two singles
pic 4: the rest of the apartment/suite was fabulous. 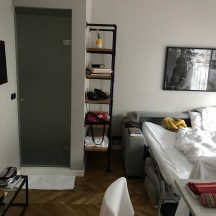 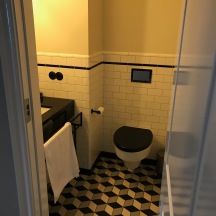 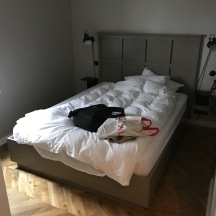 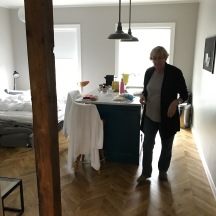 It was in an awesome position in the city that overlooked this pretty church and gave us a bird’s eye view of the goings on in the little square. 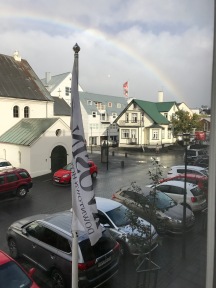 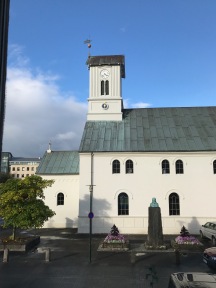 In a very small break in the weather we headed down to the Harpa Concert Hall – it’s a massive glass structure on the water with quite impressive architecture. 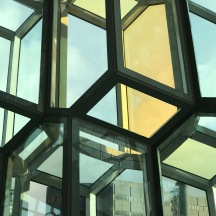 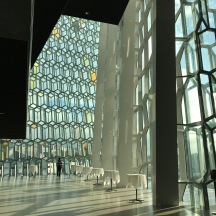 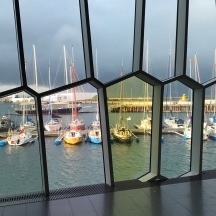 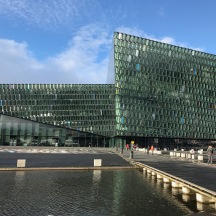 and whilst we were there – we decided to see a show. 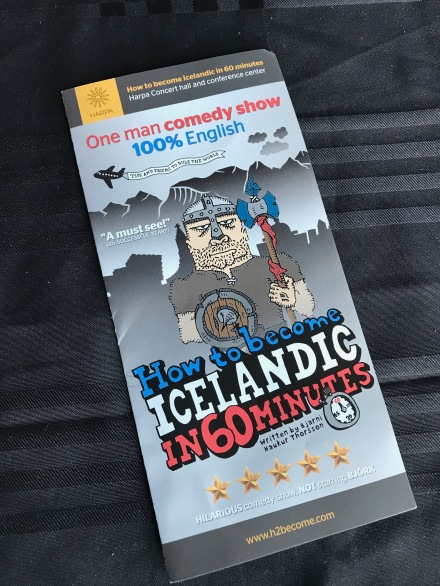 It was in English, so perhaps would be a little bit easier to understand than the play my mate Madds and I saw in Belgium – which was all in Flemish and it promised to be HILARIOUS, so…..

Before the show we stopped into the bar for a glass of vino when we were suddenly joined by Sherman and his partner Eva.  They were from the north of California and were on their way to Greenland…. and we chatted and then he took our picture – for what reason I don’t know.

There were people from all over the world in the audience – including our friends from California, even people from Iceland!  Maybe they’re having an identity crisis and think they’re not Icelandic enough? 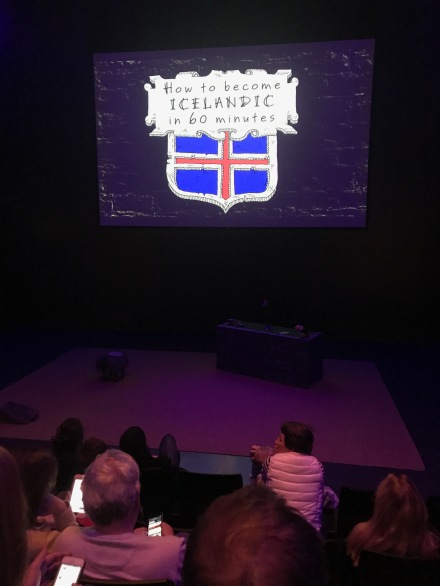 He ran through the vital steps you need to master to be Icelandic and one of them was “be rude” which we have definitely encountered…. In fact we’ve really only come across 2 people happy to speak to us and one of them was from Barcelona!  This show made us realise that resting bitch face is actually a national thing and that’s not something you should take personally – it’s just they way they are.  He explained that when the first Icelanders arrived here, all they were concerned about was surviving.  Their personal happiness was never even considered and that trait seems to have been passed down through the generations.

So, after learning that we need to: be rude, believe that you are always right (there are 13 different political parties here for 340,000 people and nobody can agree), master the national walk (as if you are lumbering through a field of snow in sideways rain), and learn to enjoy eating sheep testicles (ew), we passed the citizen test and are now officially Icelandic. 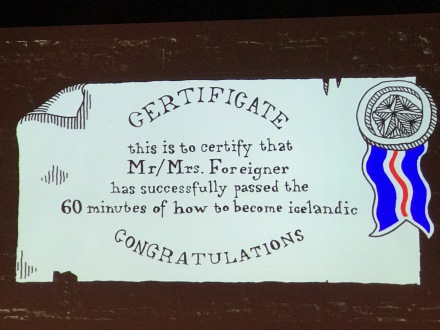 At least this man was a jolly fellow.  He was a paid comedian though, so I’m not sure if that counts.