The Devastation of Irma

Our first port of call is the island of Sint Maarten.  We weren’t sure what to expect on this island although ML has been here on her previous jaunt.  All I knew about it was that is has the beach – Maho Beach where the planes land and take off over the beach – you know the one where you can stand on the sand and be blown into the water by the jets…. in fact a woman was killed just recently doing exactly that – so of course, that was where were headed….. 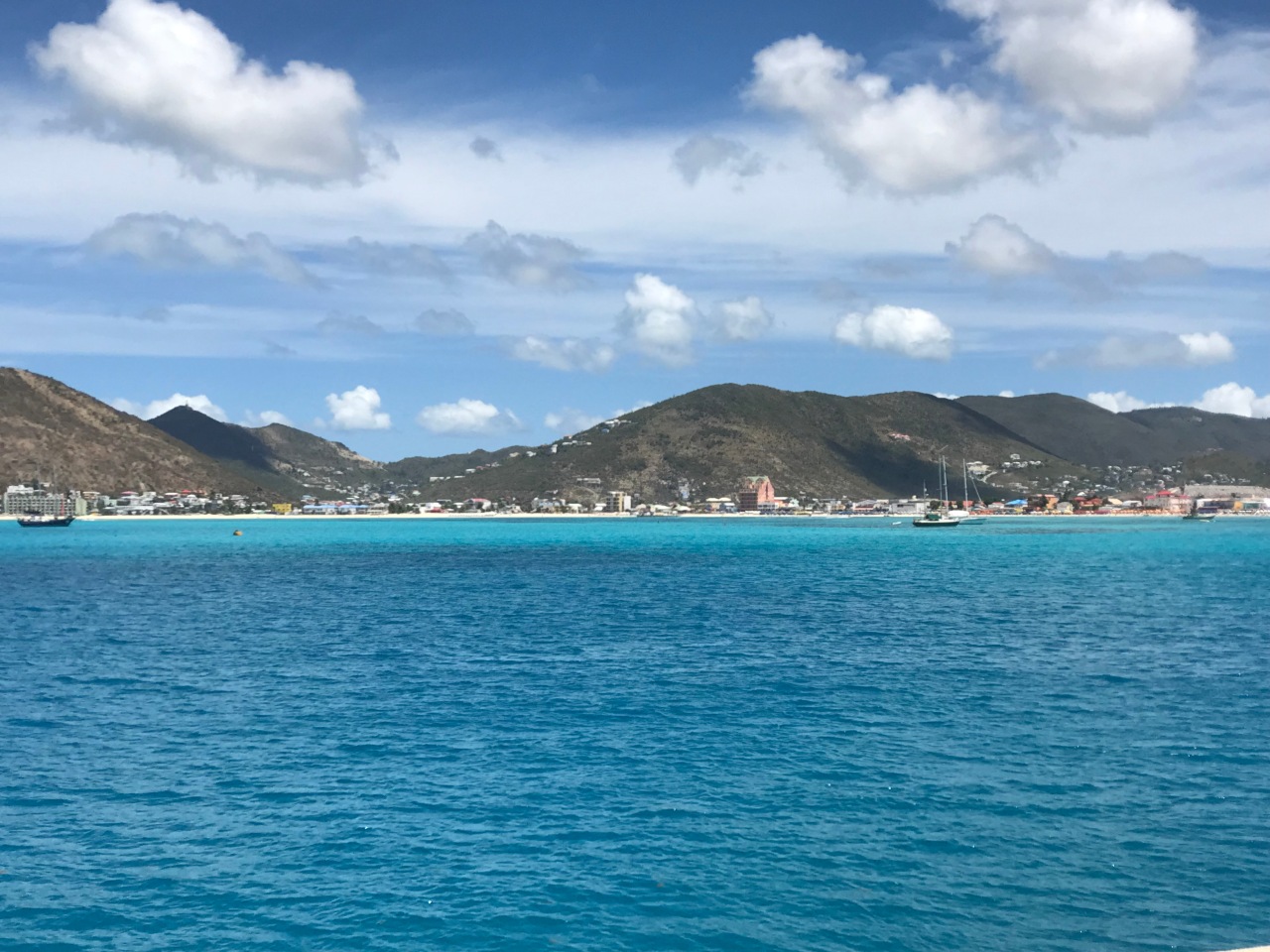 We got off the ship and headed for a taxi stand.

The water in this bay is a glorious shade of pale blue. 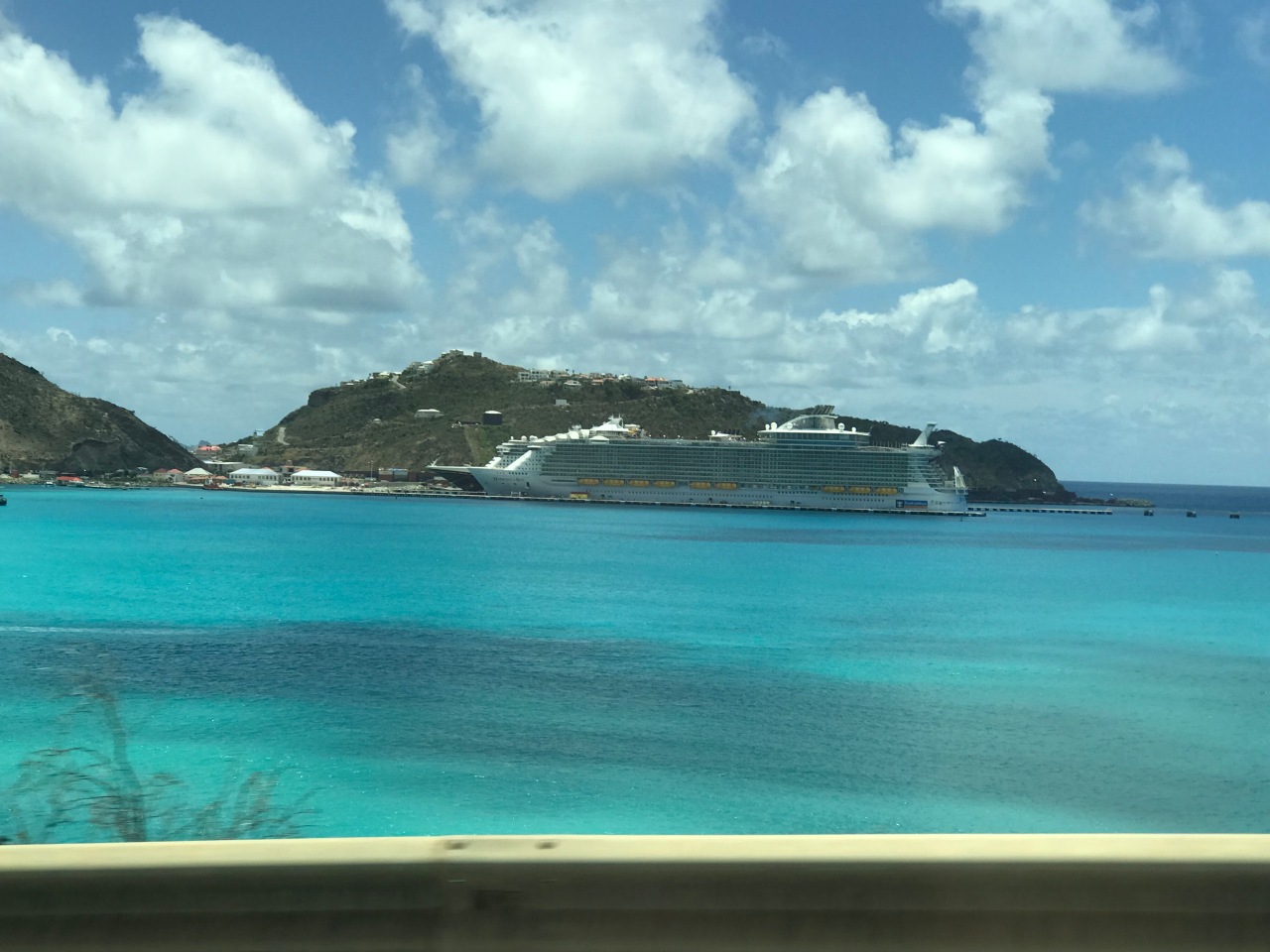 As we turned the corner across to the other side of the island things started to be put very much into perspective and we saw the devastation that Irma and the other woman did to this beautiful island…. more on that in a minute.

When we got there, this is what we found…

No planes yet, but I did get to dip my toes in the water.

Instead of a gentle reggae band we had a hammering of noise from these buildings….  One place had some sports game on LOUD and the other had a DJ playing at volume 13 (at least)

It was all too much for my sensitive ears, so we got back into a taxi and waited until the bus was full before we could leave.  Obviously they were short of drivers. 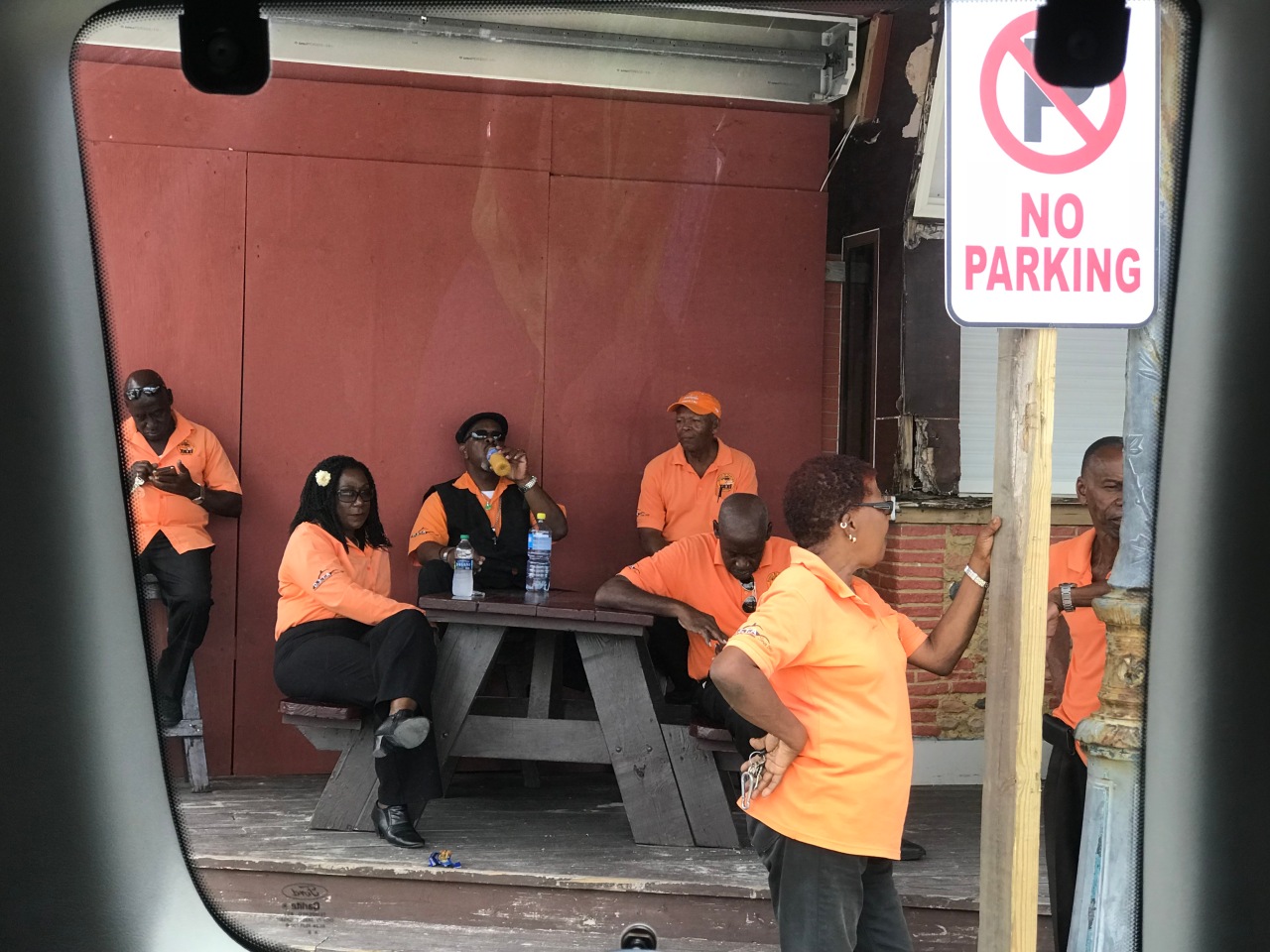 Then as we drove away about 6 planes flew in.  I wasn’t disappointed that we missed it.

Now on the way back to the ship, this is what we saw…. 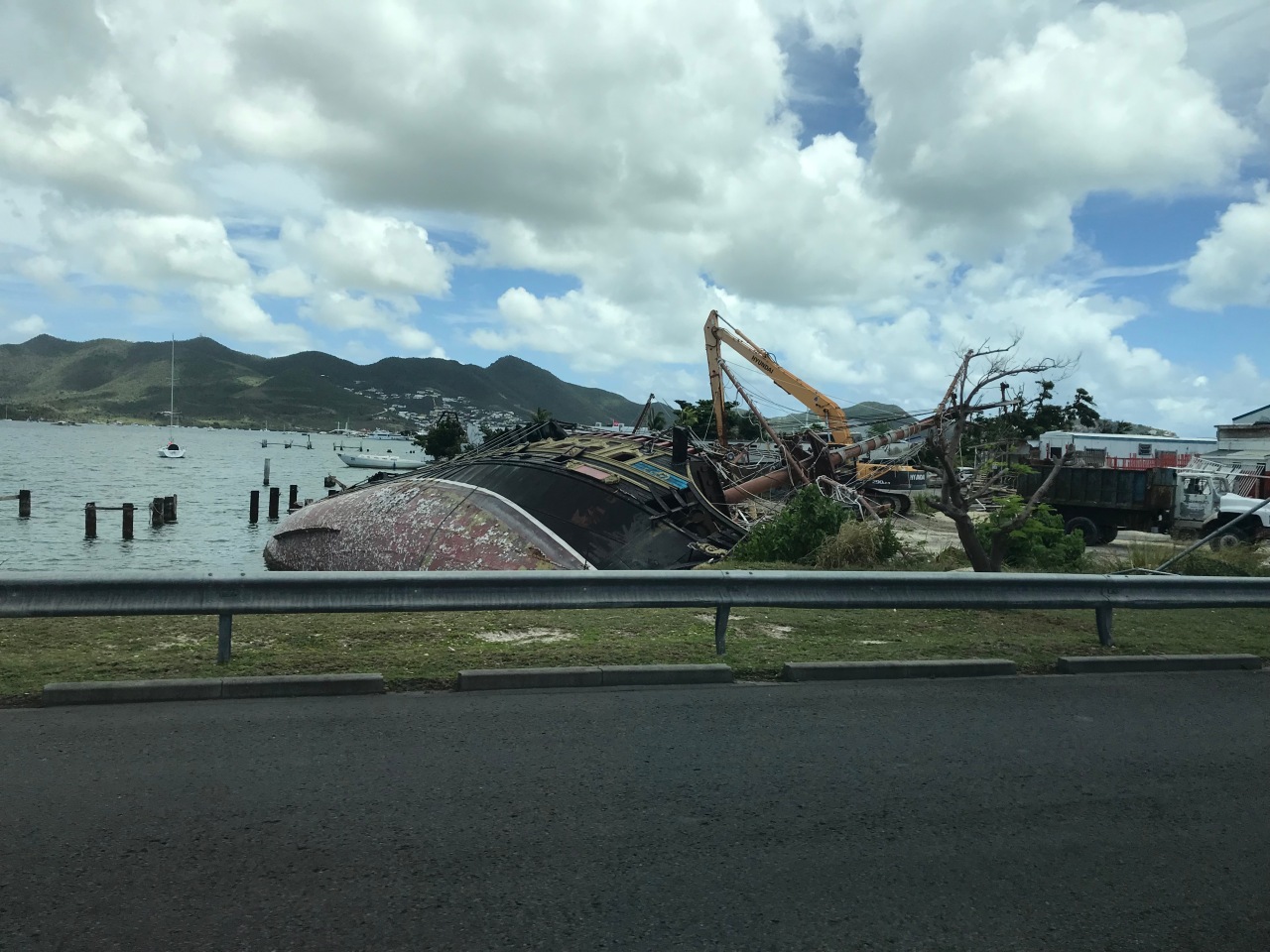 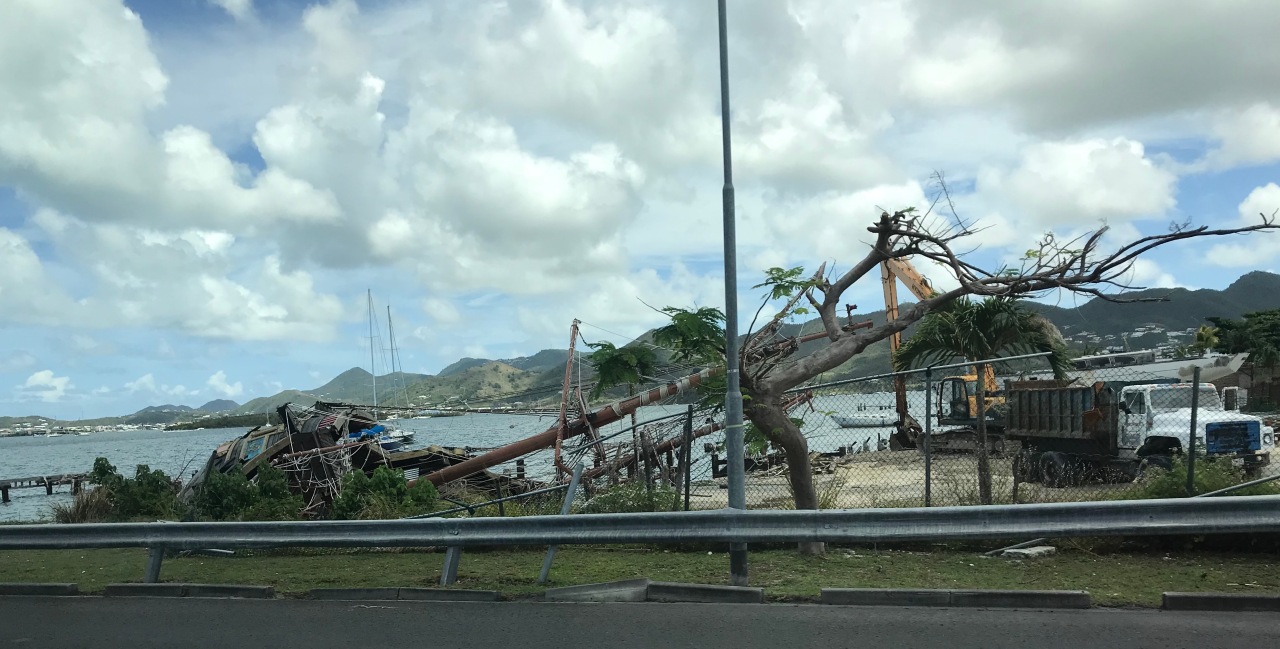 Most of the buildings had some sort of damage and lots were uninhabitable.

Boat upon luxury boat were just washed up on their sides – some with people on them, just sitting having a cup of tea or doing a bit of repair work. 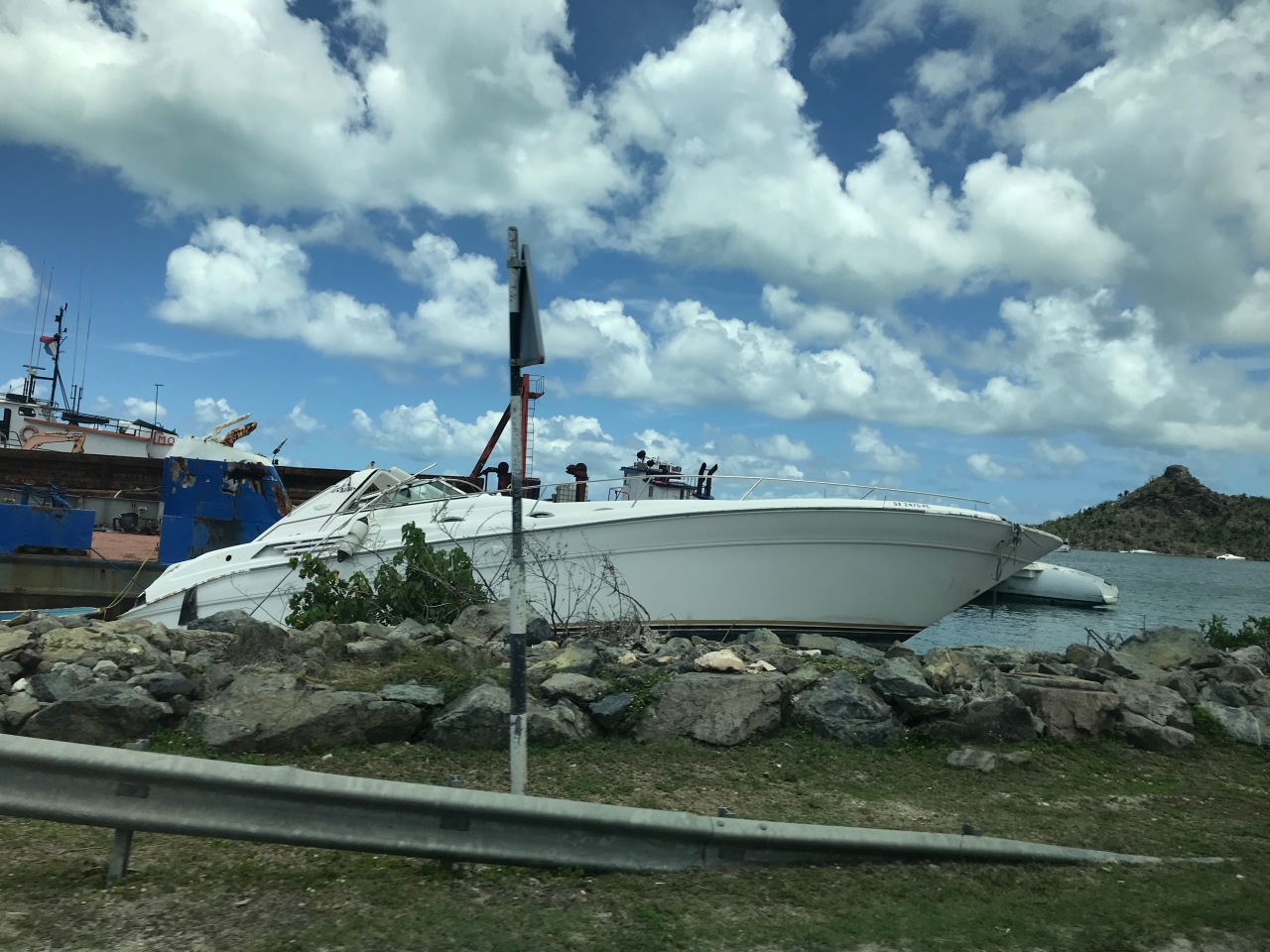 I’m not sure what landed here in front of the Traffic Man, but it surely made a dent. 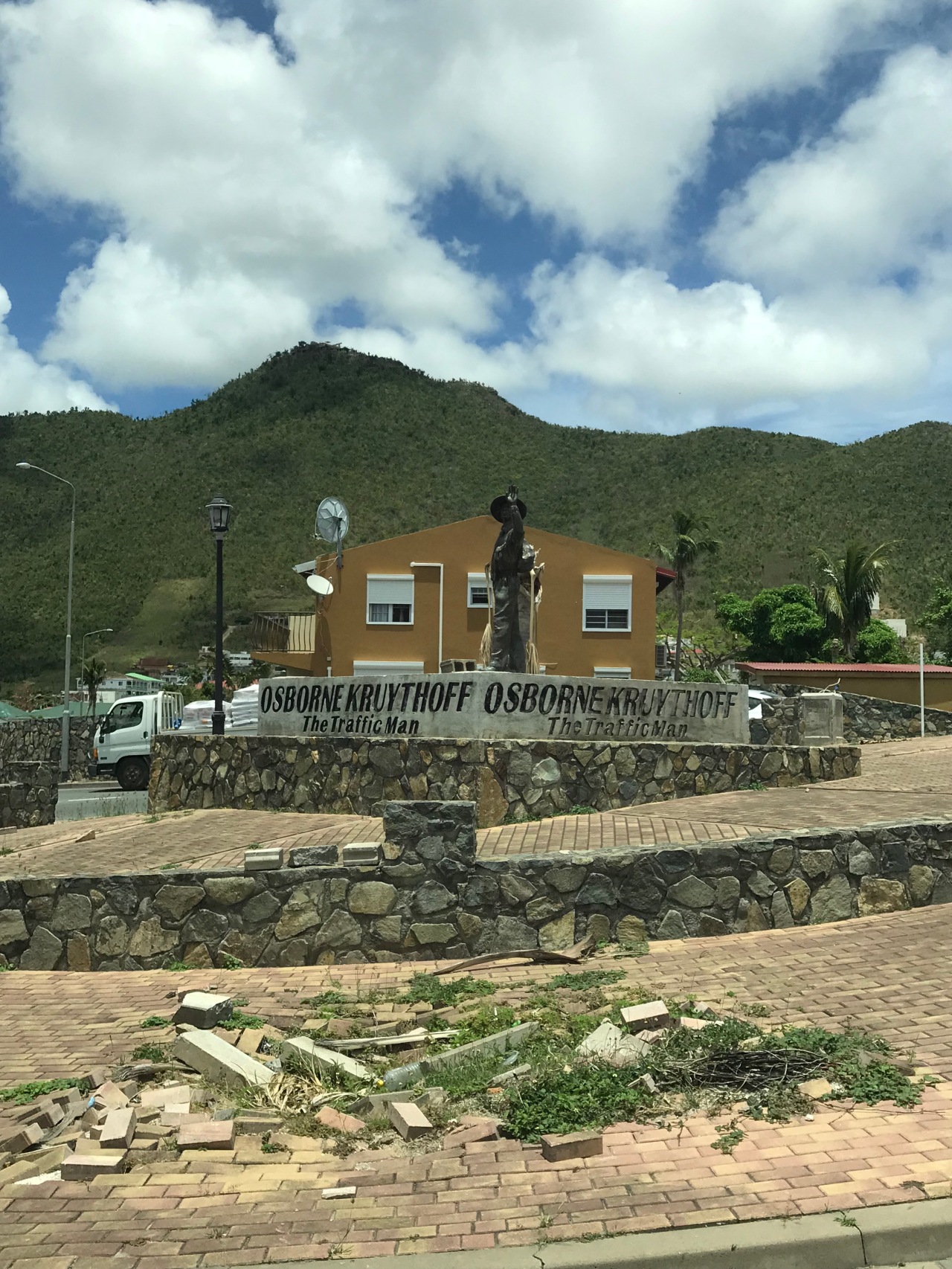 There is so much work to do on this island that it was hard to just get back on our ship and sail away, but the people that we came across seemed to just be getting on with their lives.  Maybe in this part of the world hurricane damage is a part of that life?  Hopefully our being there, along with plethora other cruise ships is actually bringing in money for the locals to start rebuilding.

Now, I can’t blame Irma for this devastation, but I cut my legs shaving and had to Norman Gunston them.  I’m both embarrassed and sad…. and a little bit in pain. 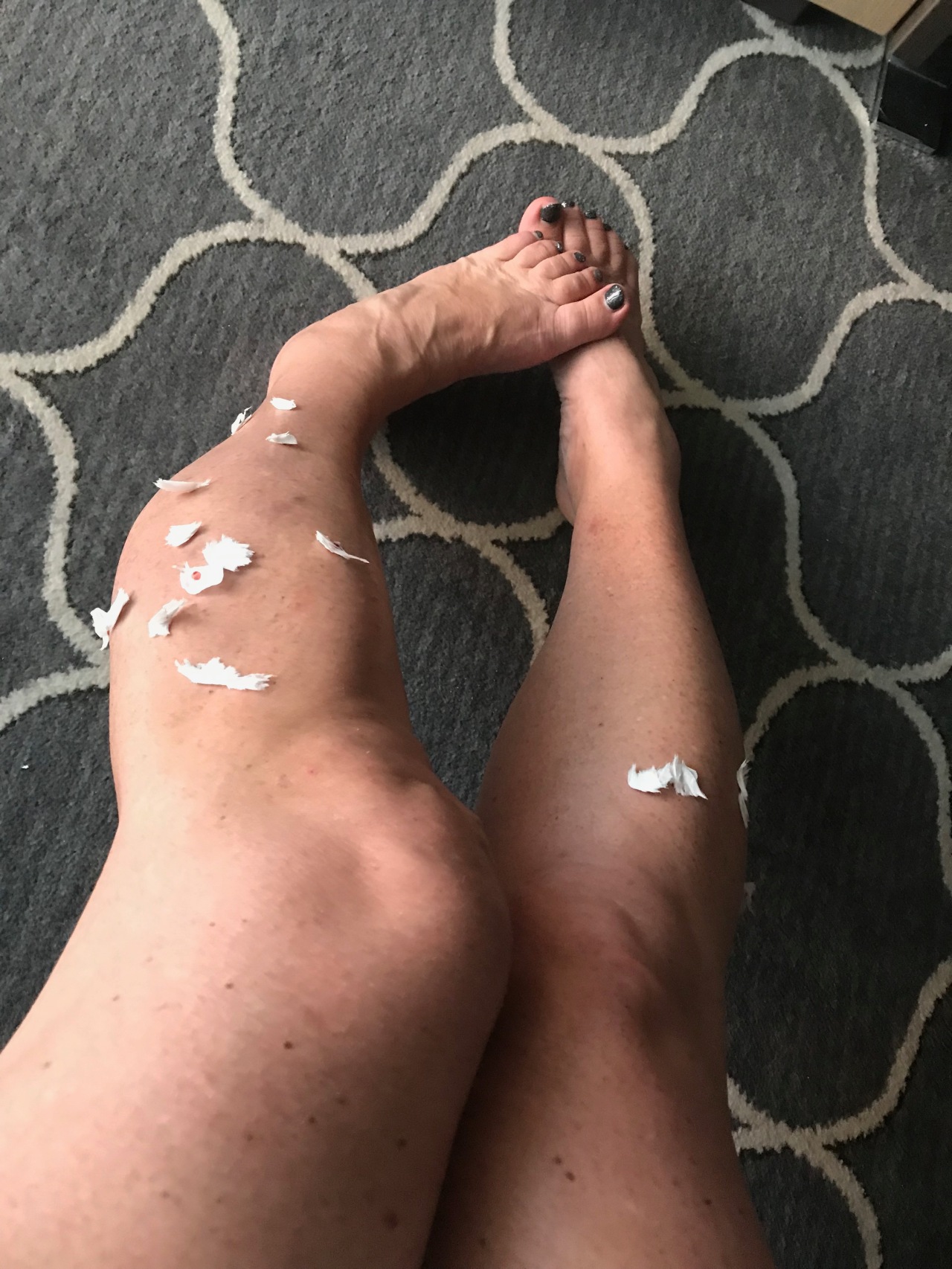