Shop til you drop – in Jersey

On ML’s last trip to the USA she found a DFO – Direct Factory Outlet in Jersey that was awesome!  In Jersey you don’t pay tax or duty on clothes, so they’re super cheap.

We walked down to the bus depot on 42nd & 8th streets to catch the bus to the Jersey shopping mall and let me just say that this is the best organised bus depot that I’ve ever seen! 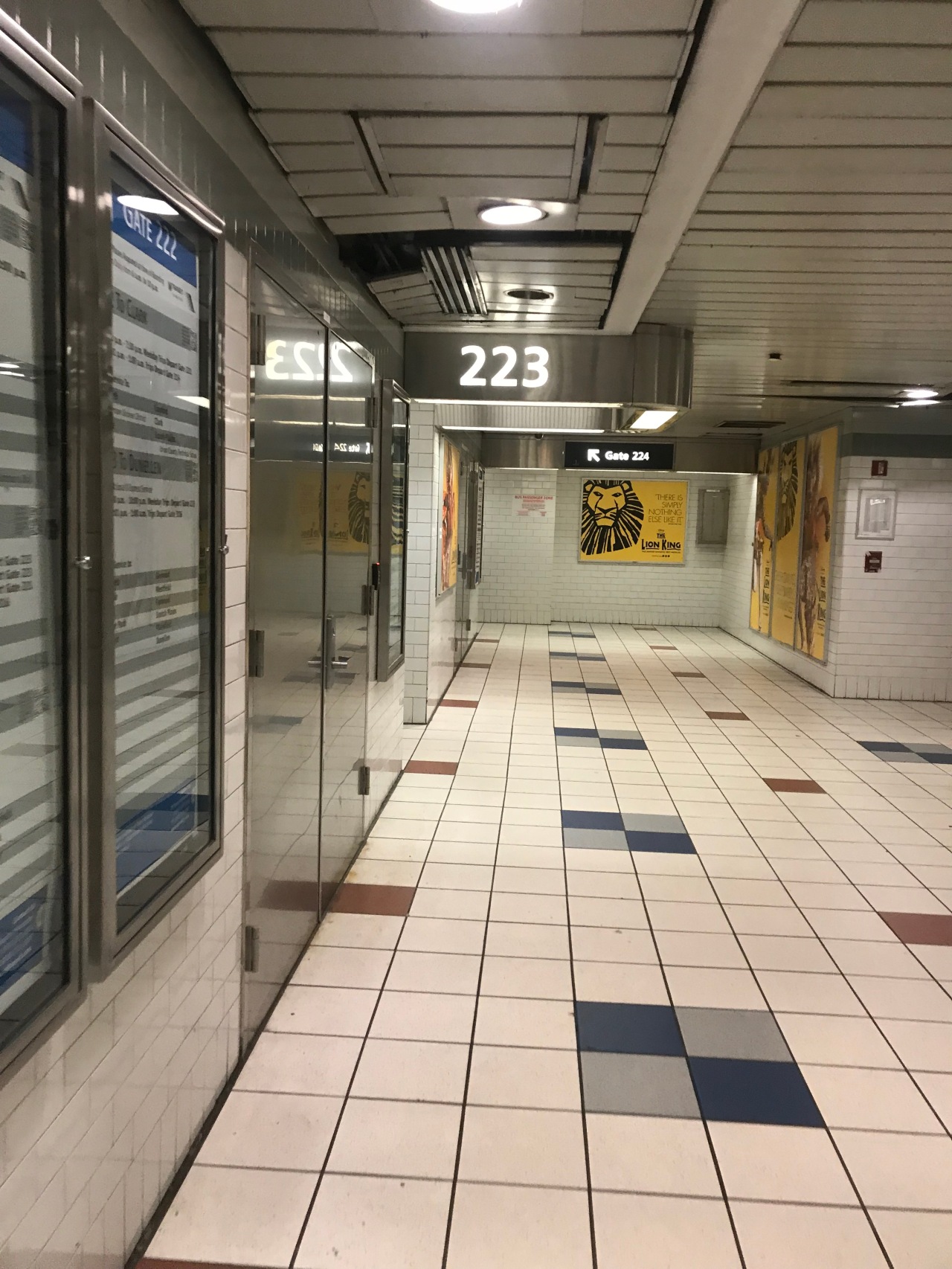 You buy you ticket and then check the board – like at the airport to see what gate your bus is leaving from.  Then you follow the signs until you find your gate…. easy right?

Each gate has one door which means that everybody has to line up in a small corridor before boarding the bus.

And over in the next corridor…. is a bus to somewhere else.

Then as soon as we arrived, the people followed.

In front of us the little girl had a “liquid incident”.  She either spilt a drink or wet her pants.  Mum got cross and was telling her off.  I looked away and said to ML “Oh don’t tell her off in front of everybody.”  To which ML replied, “Don’t worry, she’s kissed and made up.” But what I heard was: “Pissed and made up.”   That would have been comedy gold – if only it had happened!  Soon after there was a pick up hug, so obviously no pant wetting happened. 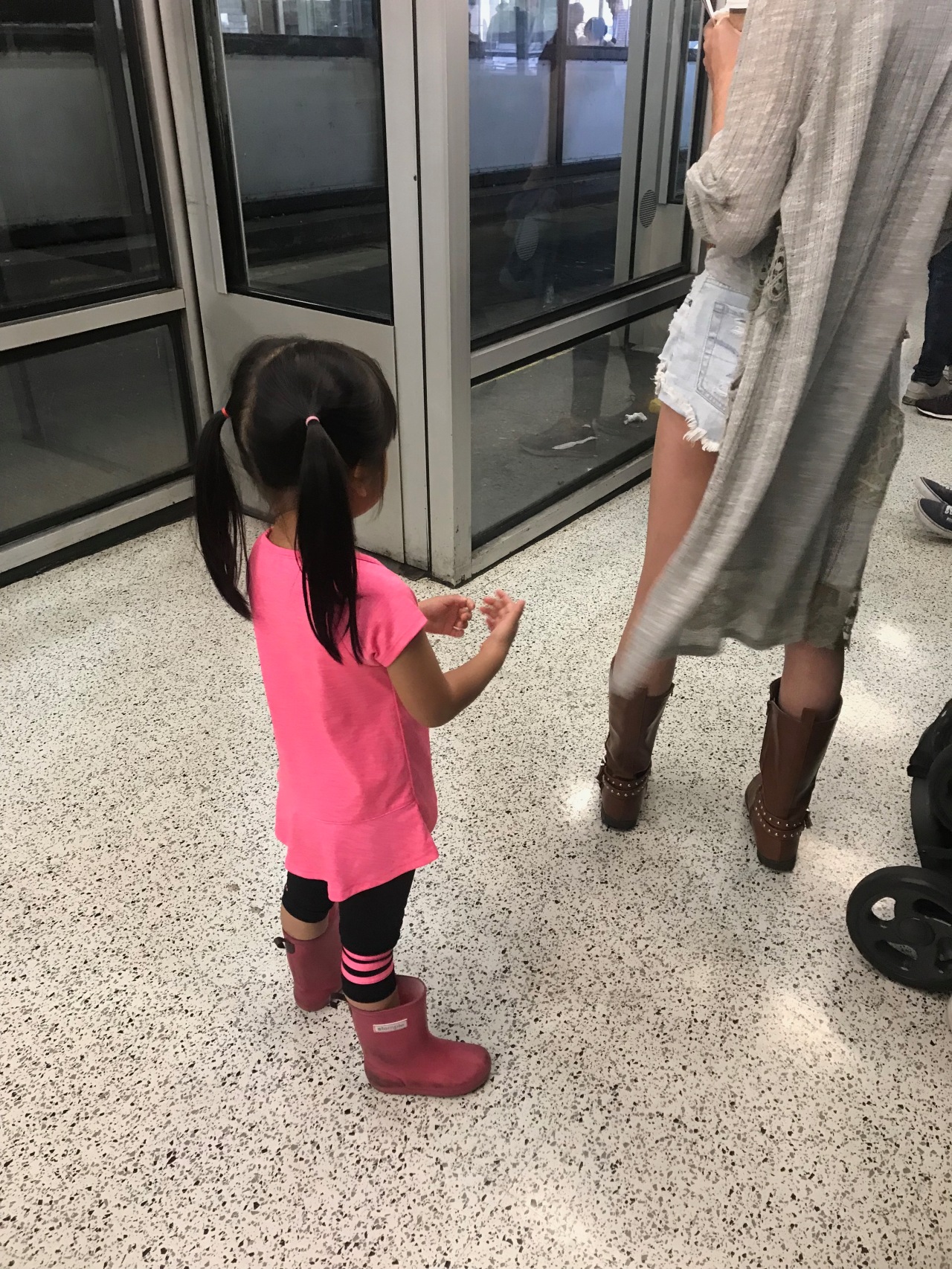 Here at New Jersey Transit they are professional about their signage.  Funny, we didn’t even see an Ikea.

We boarded the bus – a big greyhound style one – one of many to get the crowd to the mall. 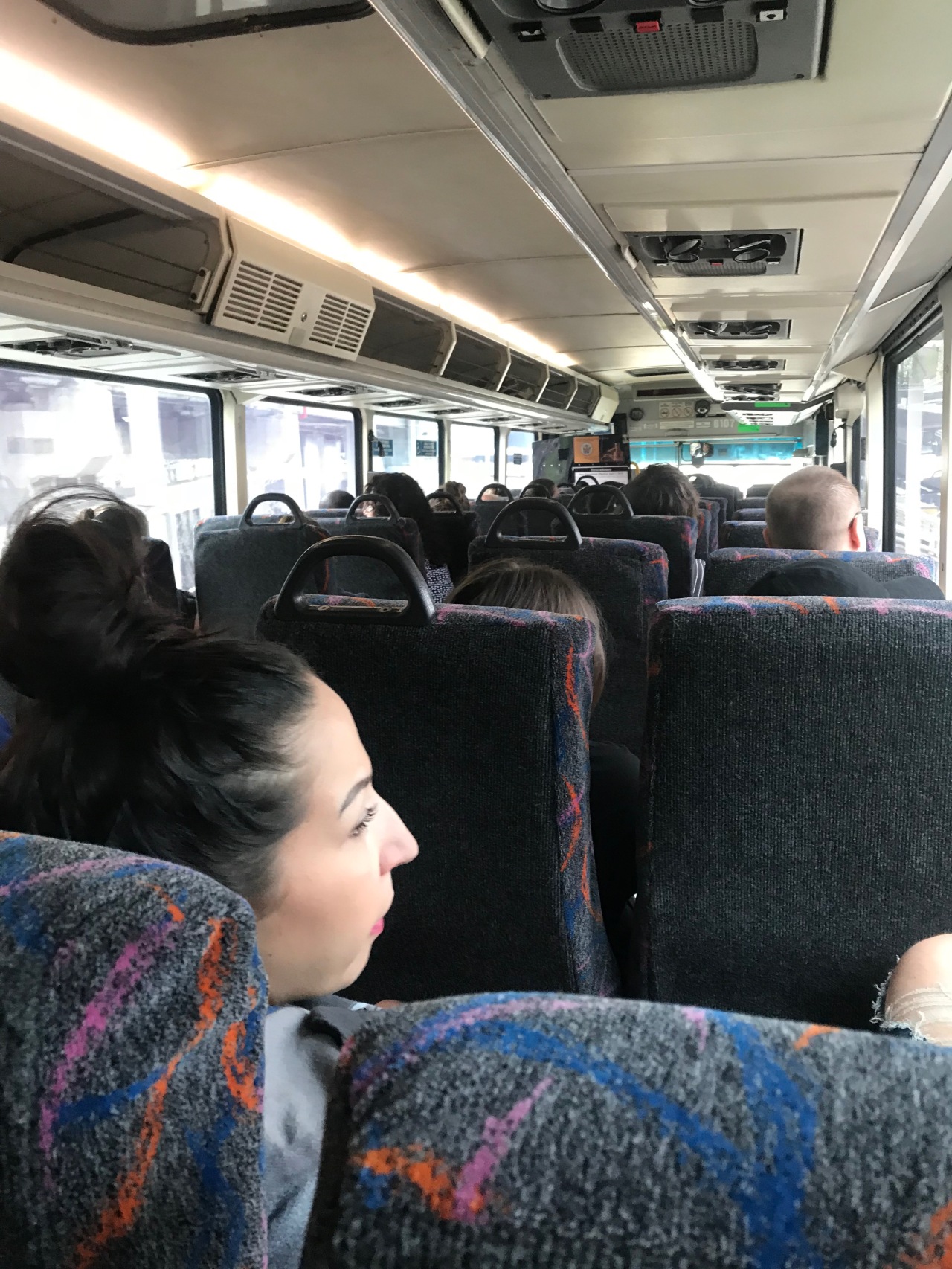 And we walked straight to the back seats – cause we’re ‘ard..; and also cause they were the only seats left.

The bus depot is quite close to the Hudson River (well, Manhattan itself isn’t that wide) and so we were soon under the tunnel and into Jersey City – then over a bridge and we were right there near Newark Airport which is what the shopping mall backs onto.  We passed by the Weehawken Public LIbrary… which was pretty spooky…

… and my favourite building on the trip – the Pino & Son Supply

Then…. something told me that we weren’t in Manhattan anymore! 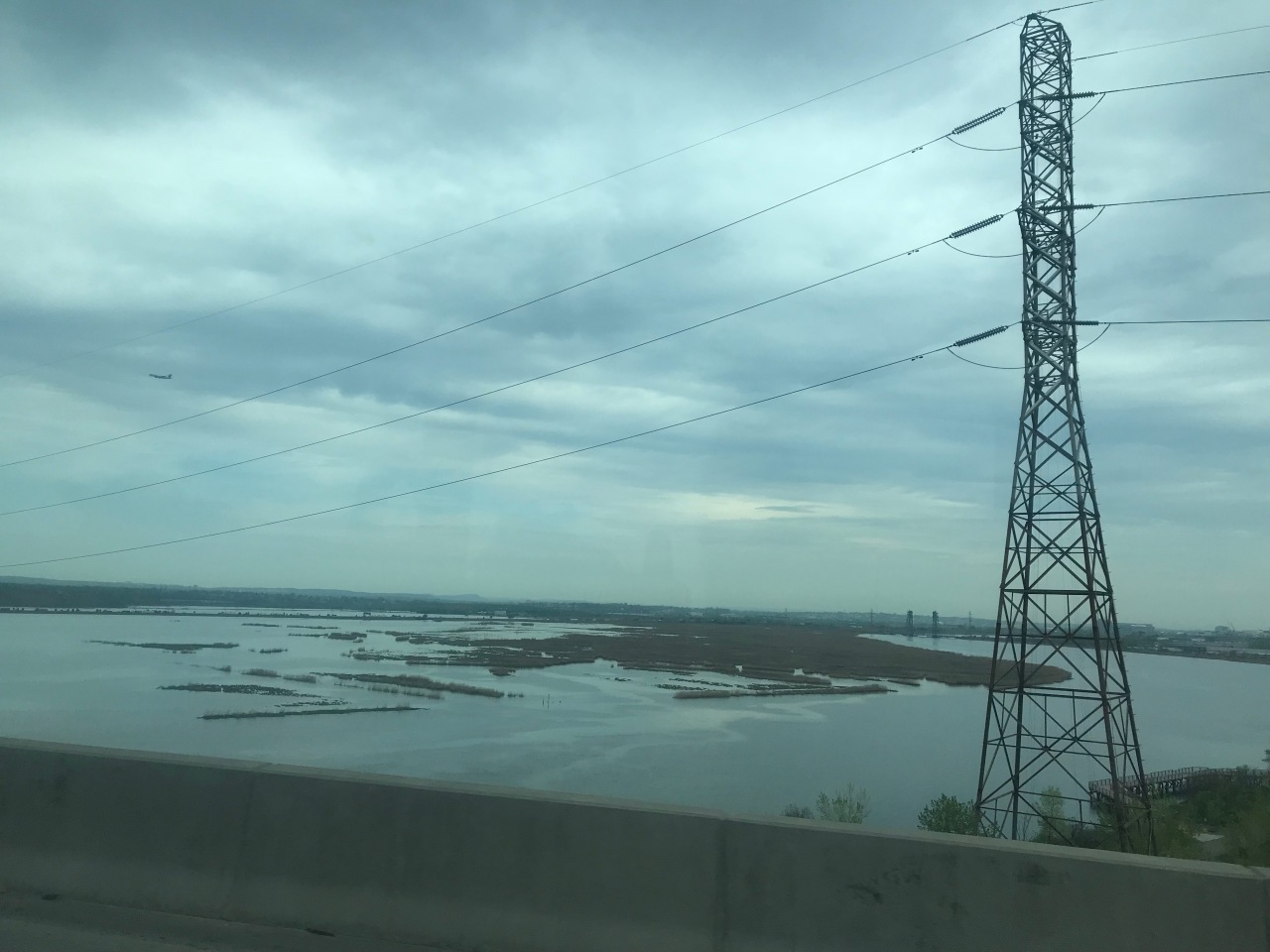 We’d made it to the mall unscathed.  I wasn’t sure what sort of prices or discounts that we were about experience, but I knew the types of shops that we were going to encounter because they are the same types of shops at every DFO in the world…. but I got a pair of jeans from Old Navy for $7!  That’s right, you heard me – $7.

We stopped into one shop and walked down different aisles – I took a photo of these babies as potential shoes for this year’s Midwest Charity Begins at Home Gala Dinner…. A wonderul charity run by a tireless committee of vounteers incuduing my two cousins, Chris and Peter, who help local families in the Midwest region of WA who have been touched by serious illness.  Each year they hold a gala dinner where generous local people attned and donate and vie for auction items at a fabulous gala dinner of which ML & I try to attend each year.

ML found me and I said, “check out these shoes for the Gala.” and she replied, “What, Jessica Simpon’s shoes?”…. at the time I laughed and said “Yeah”, but it wasn’t until we were on the bus home that I looked at the photos and realised that these were indeed Jessica Simpson’s shoes – like she designed them…. or at least somebody she knows designed them and put her name on them!  At the time I thought ML was being particularly specific in who would be weraing said shoe… 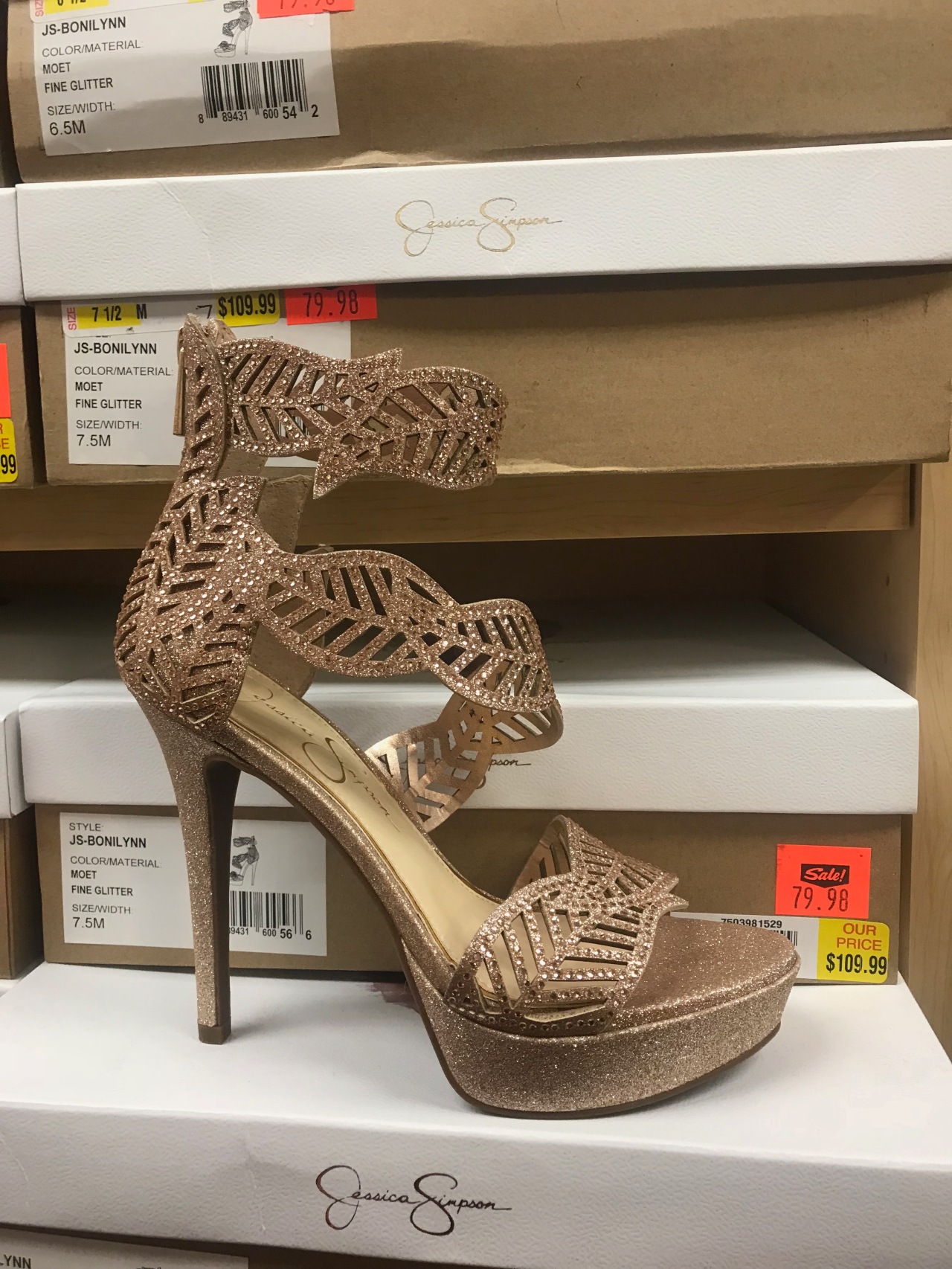 I’d also like to shout out to my lovely friends who have large feet that here at the Jersey Mall – they have something for everybody!!!!  (You know who you are) 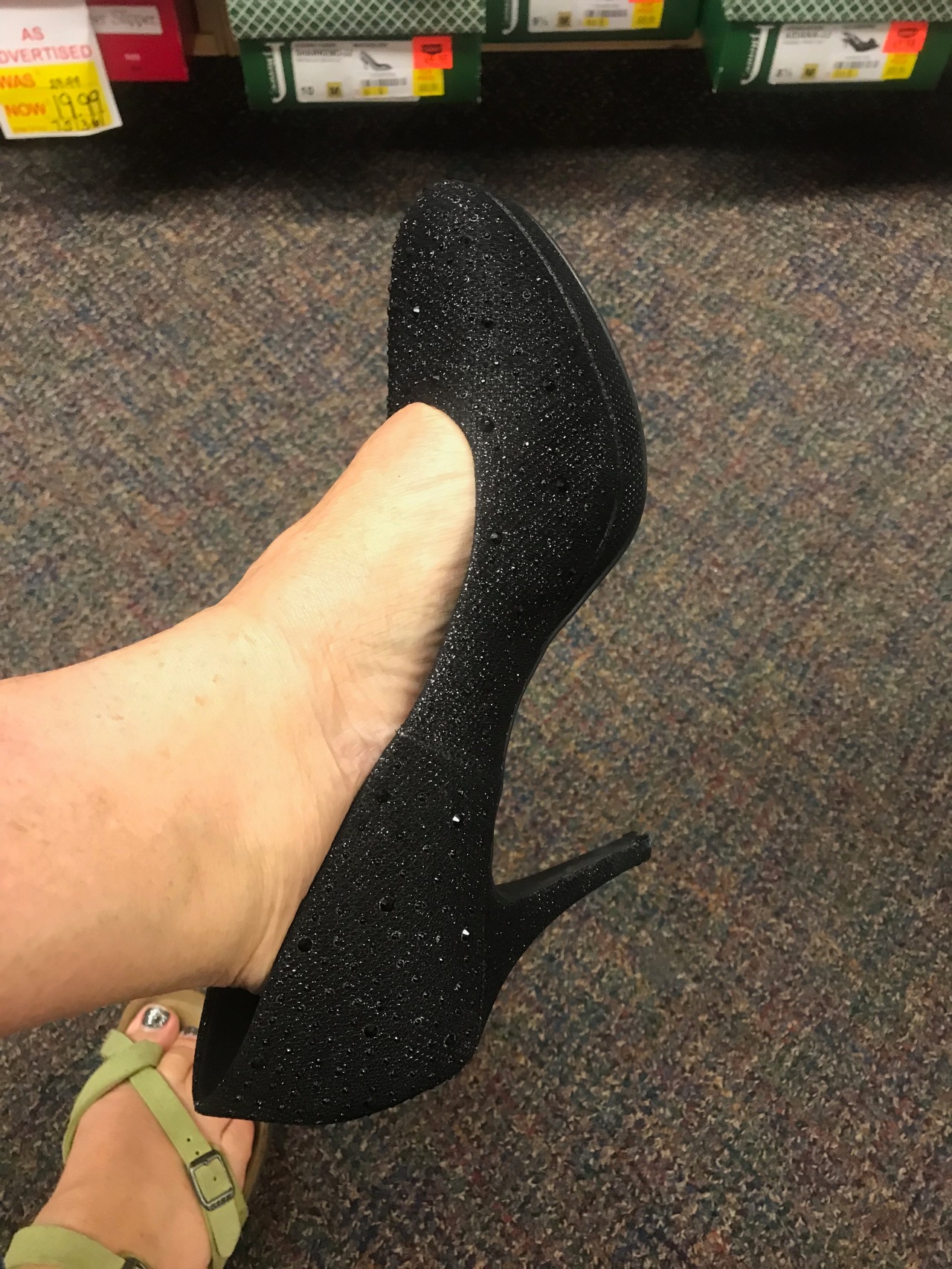 I don’t know about this pair. 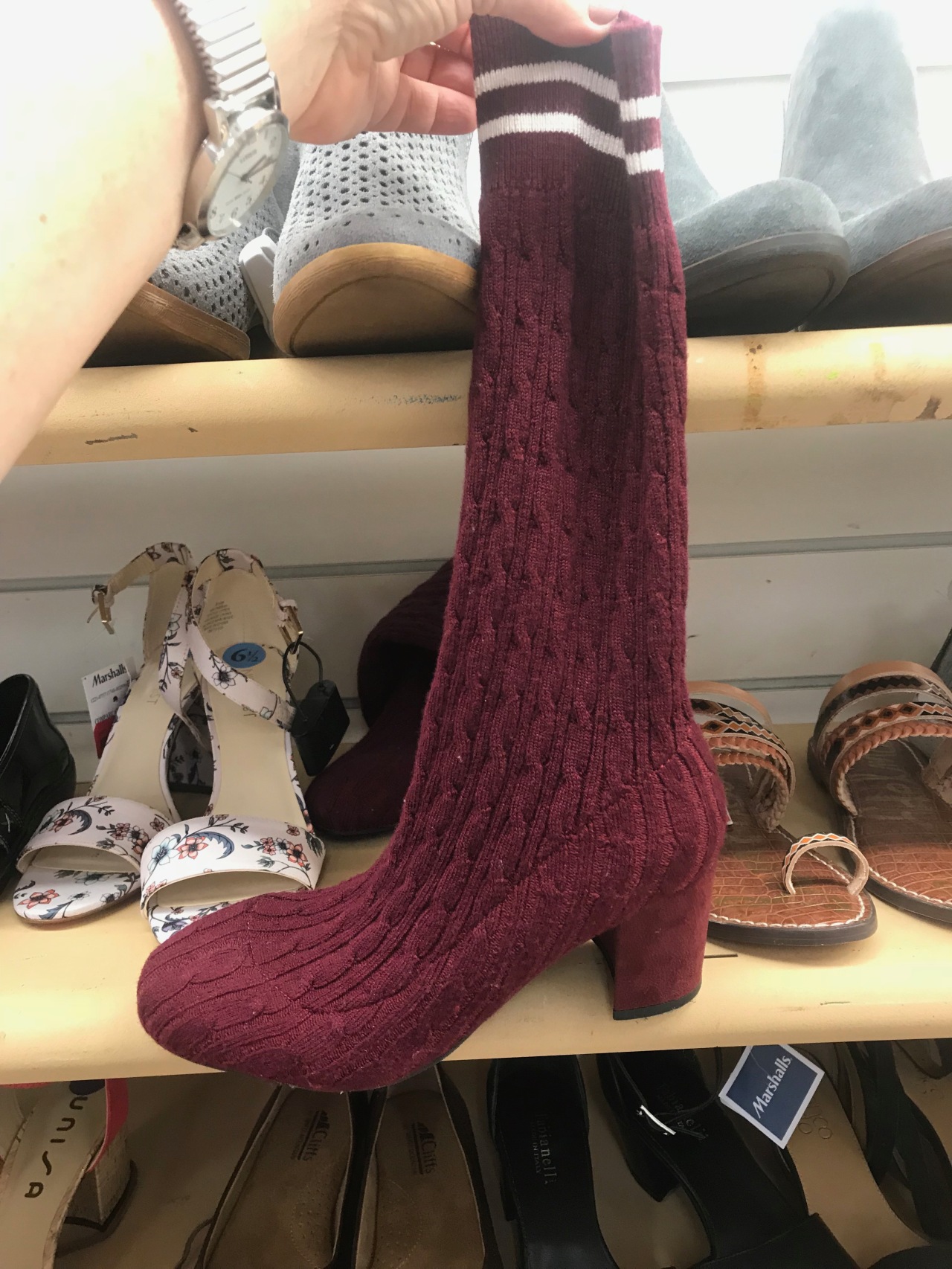 We did two levels at the centre and we’re exhausted.  The return bus scedule said it left every hour on the hour, so we headed out to get ahead of the crowd.

The New Jersey Transit works on what Fijian’s would call “island Time” so the 7.00pm bus arrived at about 7.20pm and we were on the road at approx 7.30pm

Tonight’s going to be an early to bed night.