Today was another hot one in the city, so our thought was to find somewhere cool… and found a movie theatre just a few blocks away.

Its people, and buildings, with billboards and double decker buses… 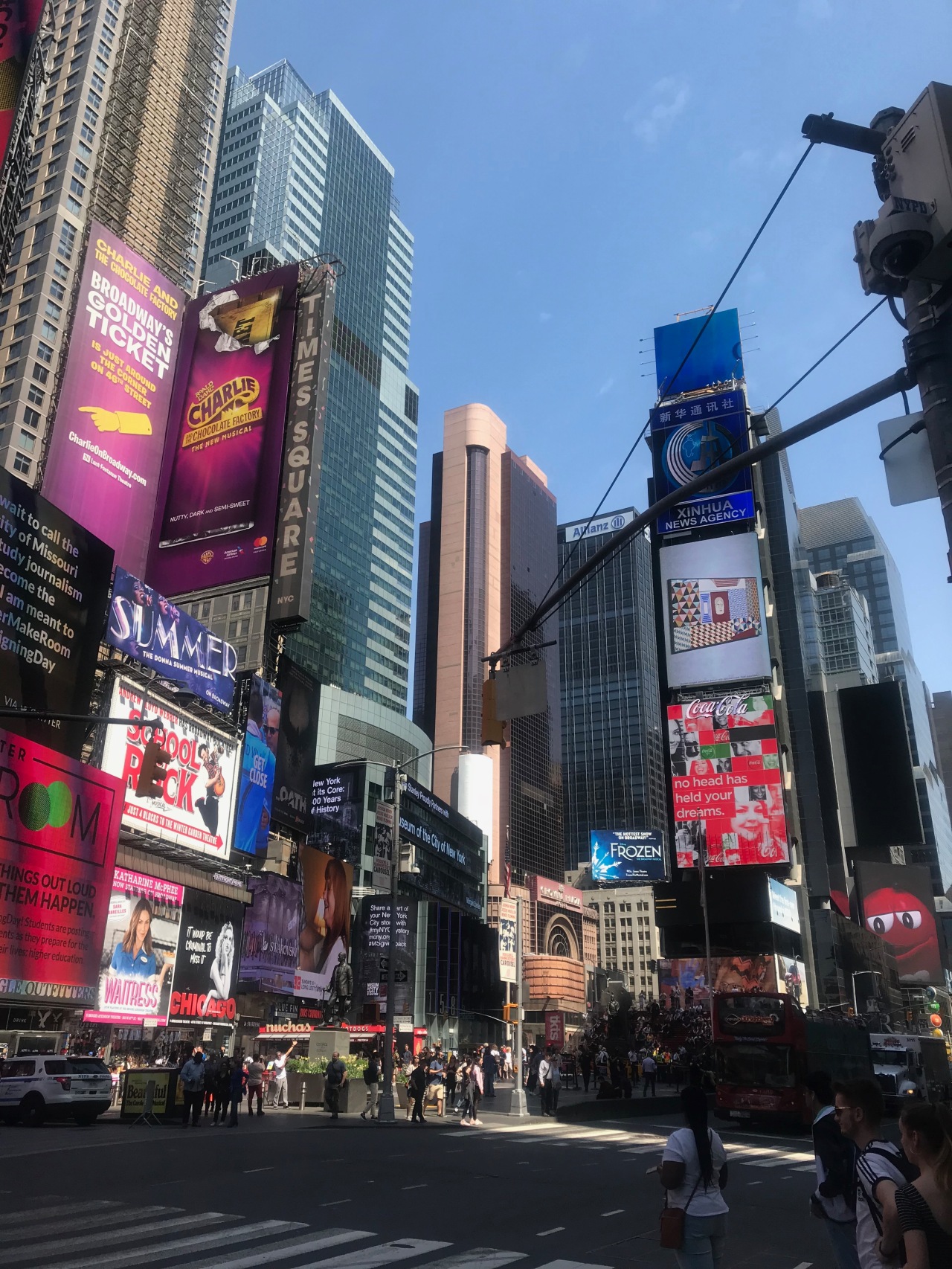 Then just around the corner we passed the theatre where they’re showing Harry Potter and the Cursed Child.  It’s a show that is shown in two parts – so you go to the matinée and then the night show – or two nights in a row… it’s a big commitment!  I’m still undecided as to whether I will put in the effort. 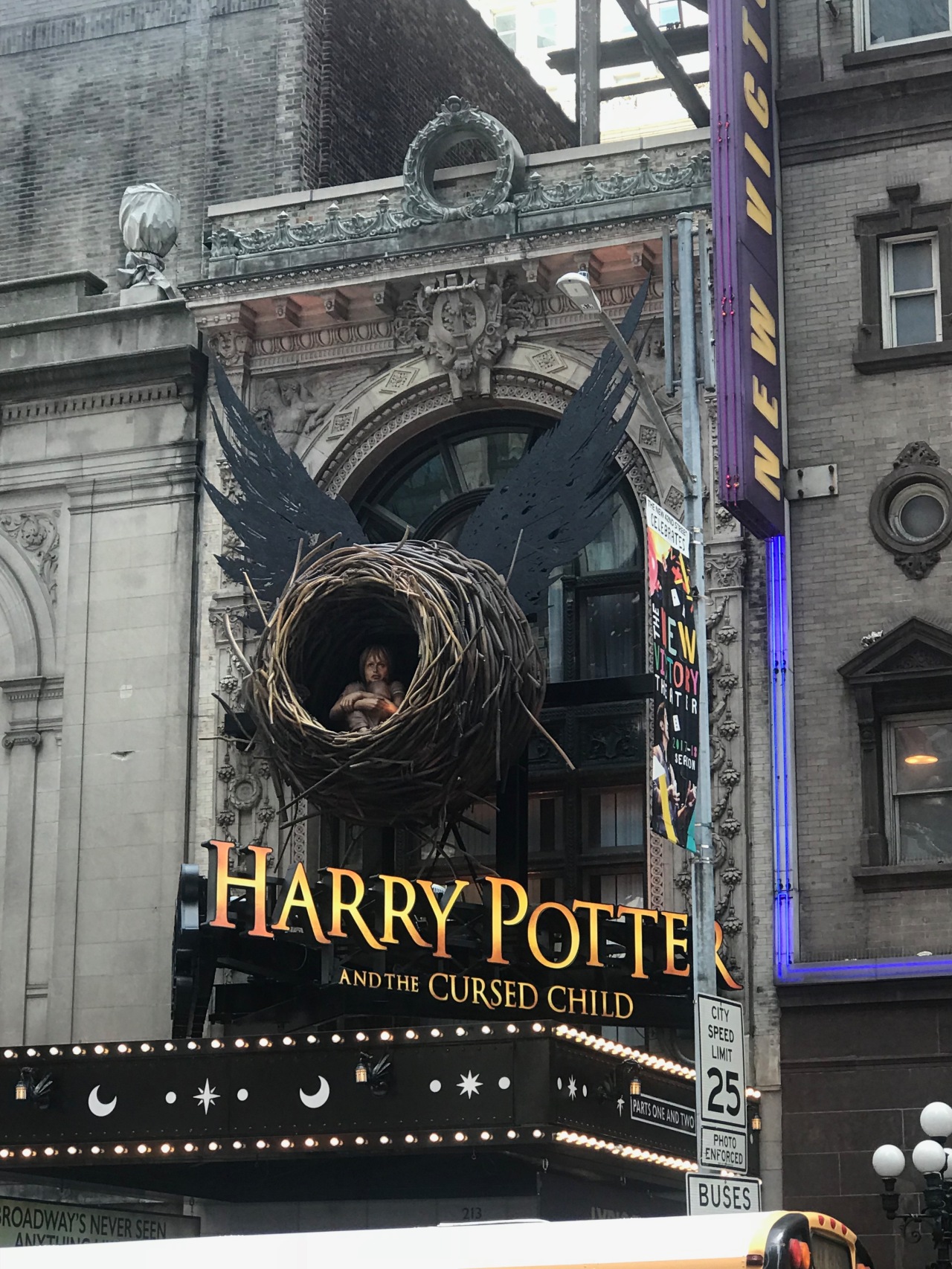 But we were not going to a live theatre today – we’re going to the movies to see Amy Schumer’s new work – “I Feel Pretty”.

Check out the fare at the candy stand… Junior mints!

And you can also get a little cheese and bickies pack if that’s more your jam.

This movie session was a little less than a sell out, but that’s totally fine by me.  It was quite a feel good movie with a lovely message.  Well done Amy.

Then our night time entertainment was Friends – the Musical Parody which was a couple of hours of silly fun.  It was a totaly send up of the show and the characters in a good way. 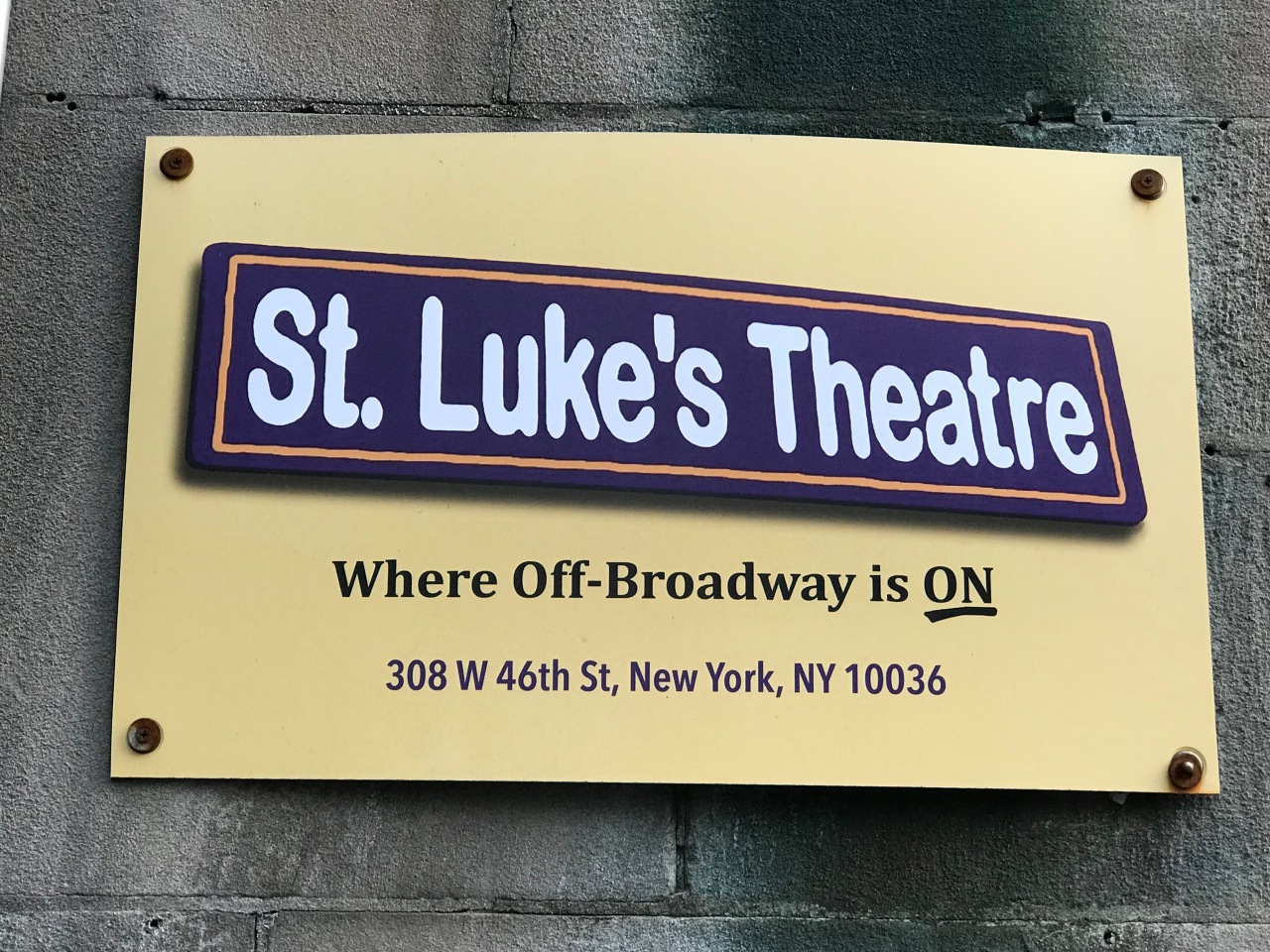 It was on at this church theatre, so it’s really a room off the church that holds about 150 people – walking around the pile of rubbish is just standard here in New York. 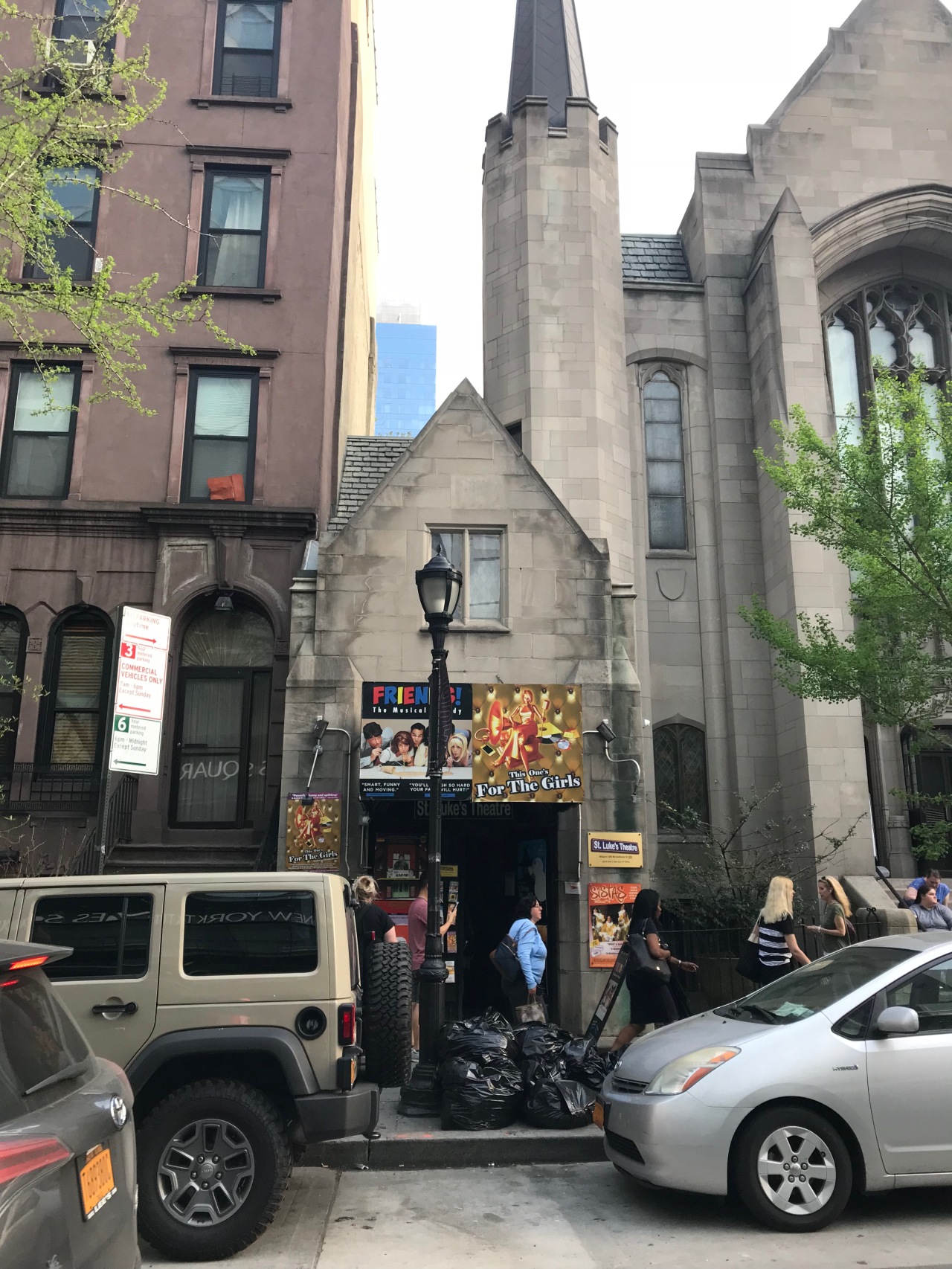 The older gentleman with the terrible wig on the left is playing Chandler – he also played Janice – OH MY GAWD!!), Tom Selleck (remember he played Monica’s boyfriend who was one of her dad’s friends and her dentist) and Pheobe’s twin sister, Ursula.

Next is Rachel – she was awesome and had all of Jen Aniston’s quips and quirks down pat.

Third down the line was Ross – he was depressingly perfect in this role.

Monica – she had a fantastic voice and kicked arse at “The Routine” with Ross.

Joey – he was everything you wanted Joey to be.

Pheobe – fun, quirky and surprisingly held it all together.

We had read that the theatre was small and their seating (for some unknown reason) is set chair behind chair – not staggered so that you can see in-between the two people in front of you – They obviously don’t read the reviews because nearly every review said that they should have staggered the seating so that the people behind the front row could see…. luckily we read them though and booked seats in the second row and we were only distracted from the show a little bit by the group of women in the front row who talked and laughed and reminisced about things the show reminded them of. 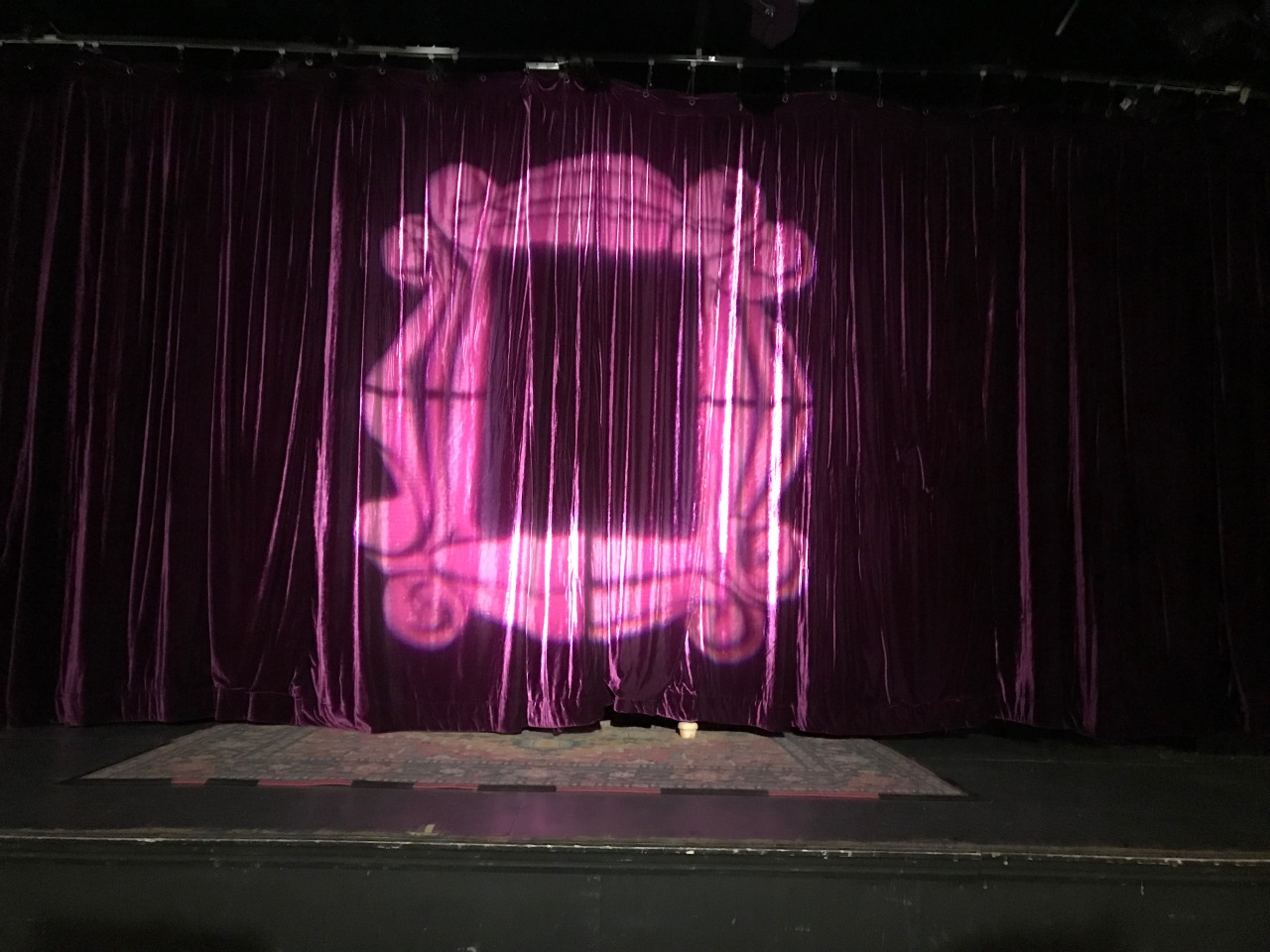 On our way home we felt a bit peckish and stopped in at a place called “Latitude”.  It reminded us of home..  We shared some lovely starters with a glass of wine and shouted to each other over the raucous noise….