Deb has been brilliantly organising this whole French leg, so I’ve had no input into the where or the what or they whyfors which has been a bit of a mixed bag for me because I’m usually the one who has done it and therefore knows all about the vital accommodation/travel information….. but this time – no.  I don’t know anything and if I’m honest – it feels great.

After four hours on the train from Gare du Lyon in Paris, we hit Narbonne, which was really just a stop over on our way forward to the canal boat.  We weren’t expecting much from Narbonne and nobody really looked into what it was all about – because, one night stop over. 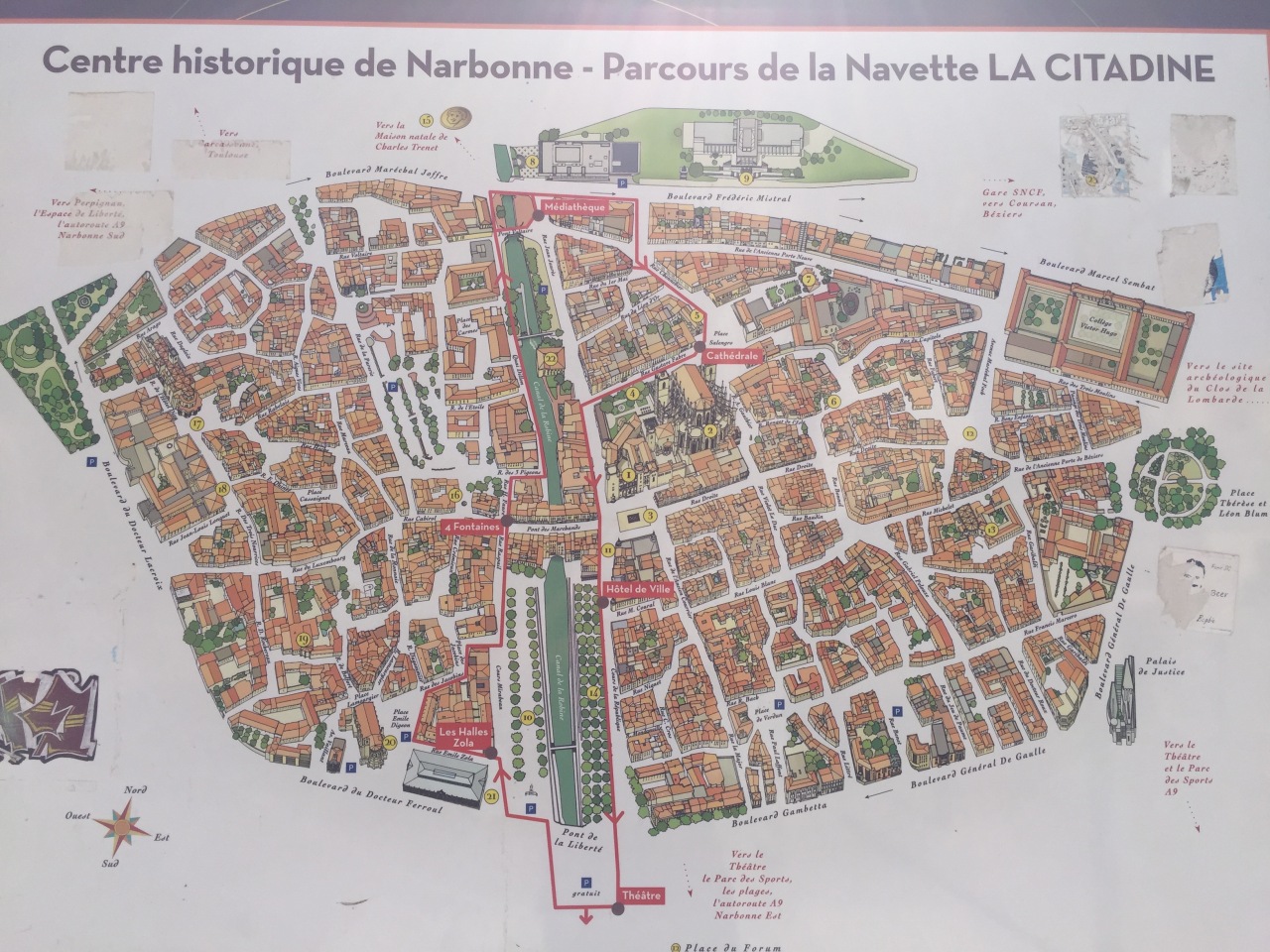 Deb booked us into a hotel near the station called “Will’s Hotel”.  It was unassuming, but close to the station, which is really all we needed from it.

It was a Monday night, so we thinking that everything would be closed, but after four hours on the train, we were all keen for a quiet beer and there was reason to celebrate as Scott and Jen were joining us here. Our host at the hotel pointed us in the direction of the canal suggesting we ‘might’ find something open down there.

So, 10pm on a Monday night – looking for a table for 8 people just for drinks…..

Which you can see here, everybody was happy about! 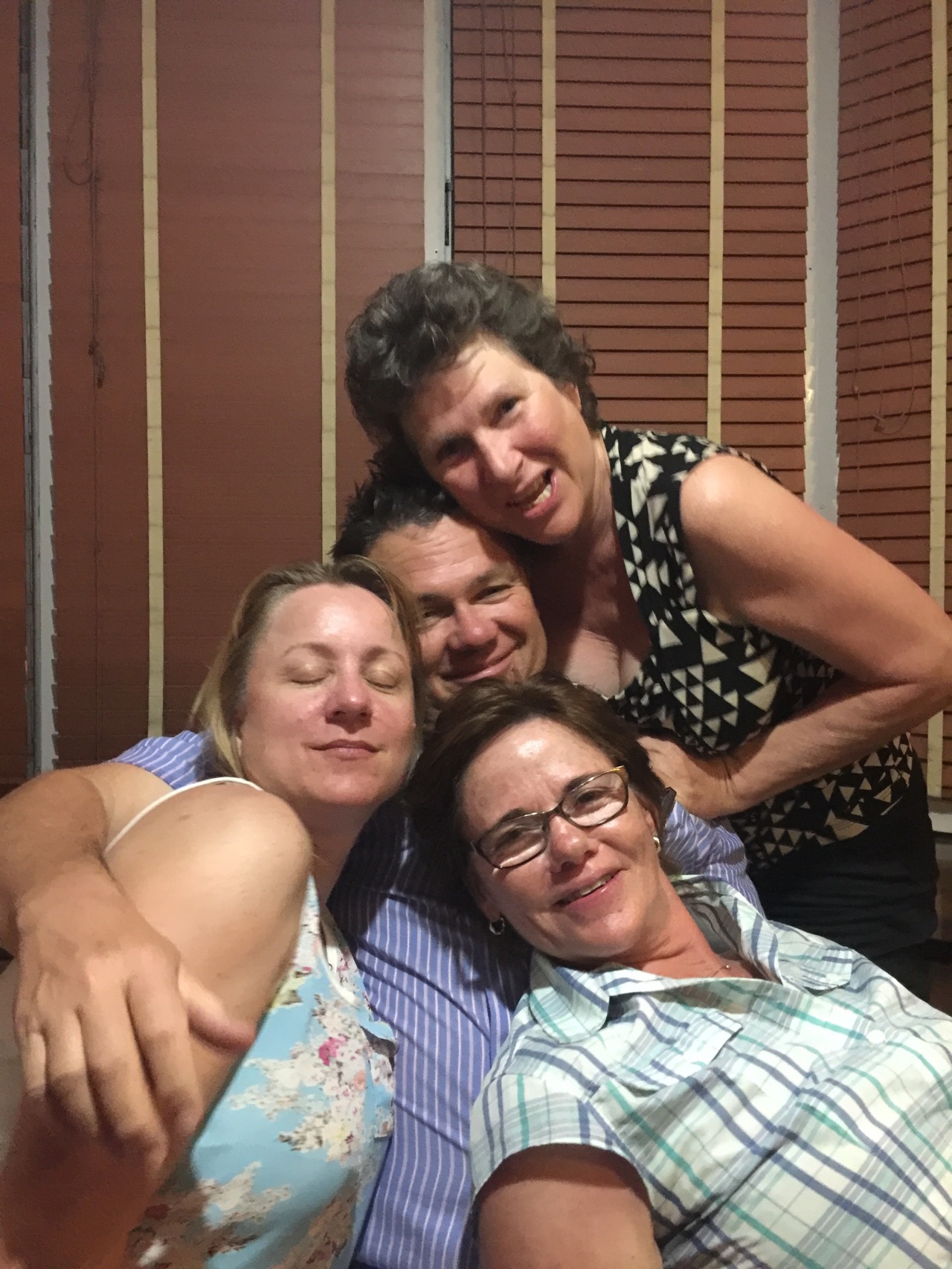 Awesome bar staff, even gifting us a shooter of something green when we were leaving.

The journey home was very interesting.  Luckily we had photos of the evening to identify some mystery bruises.

When night turned into day……. 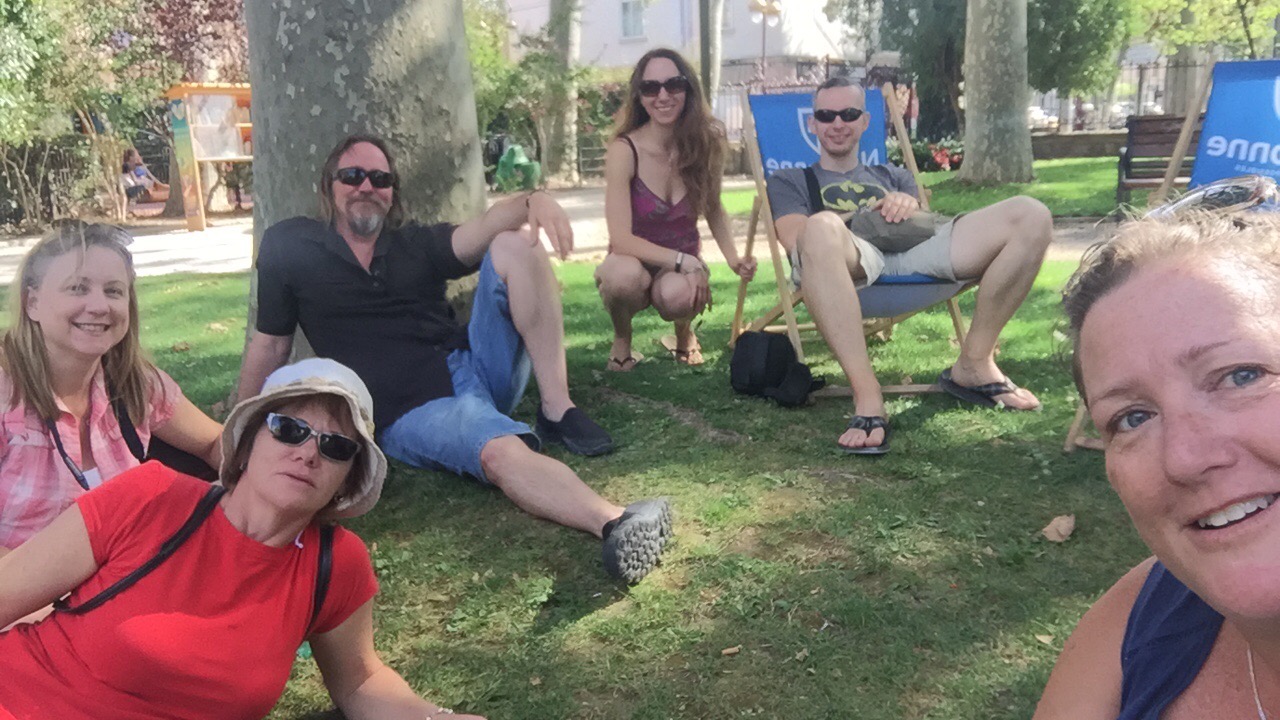 This park even had its own library 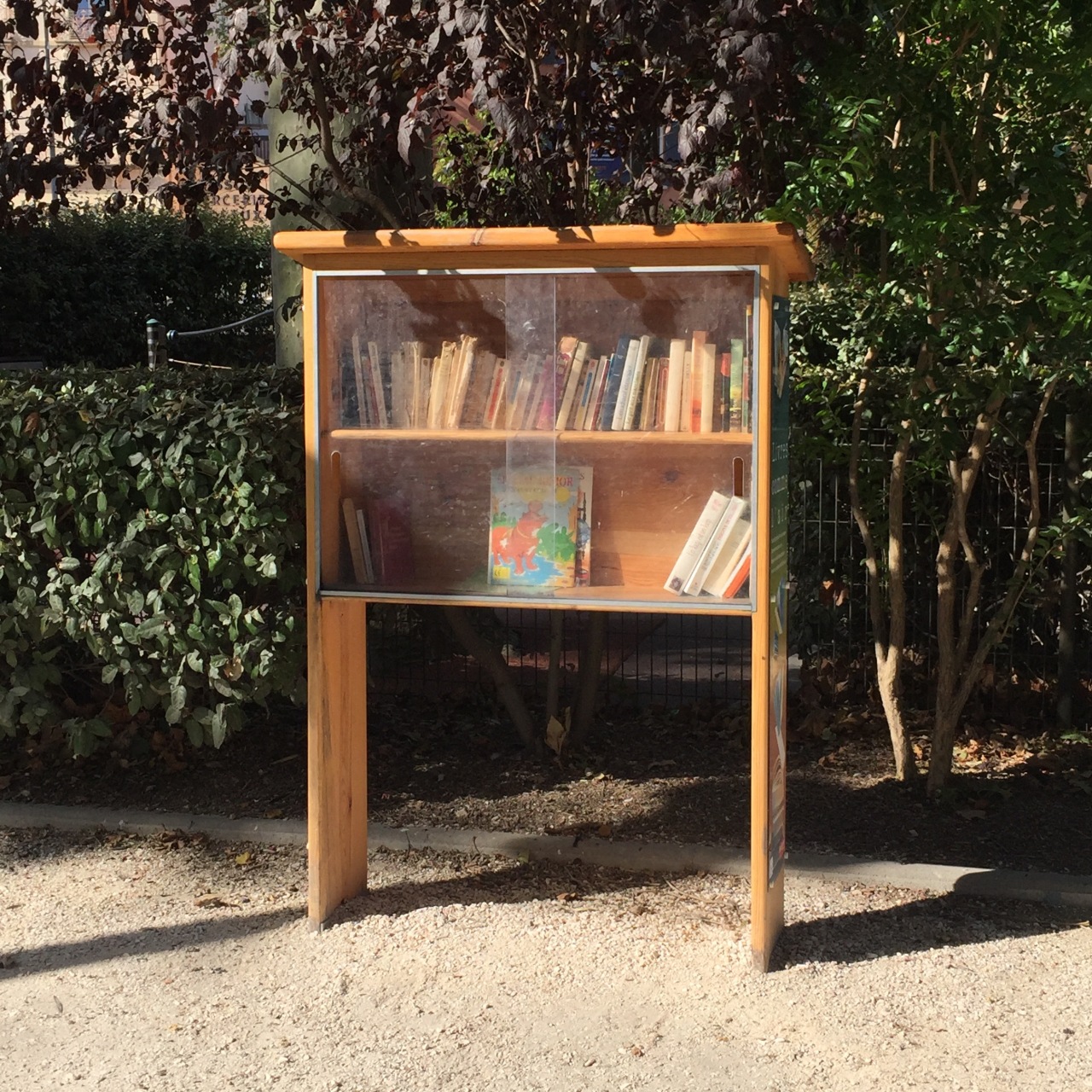 Then it was time to explore.  There is a beautiful old cathedral in the middle of Narbonne.

The architecture is quite spectacular.  It’s hard to imagine how old it is and what the builders/designers/engineers were able to achieve back then. 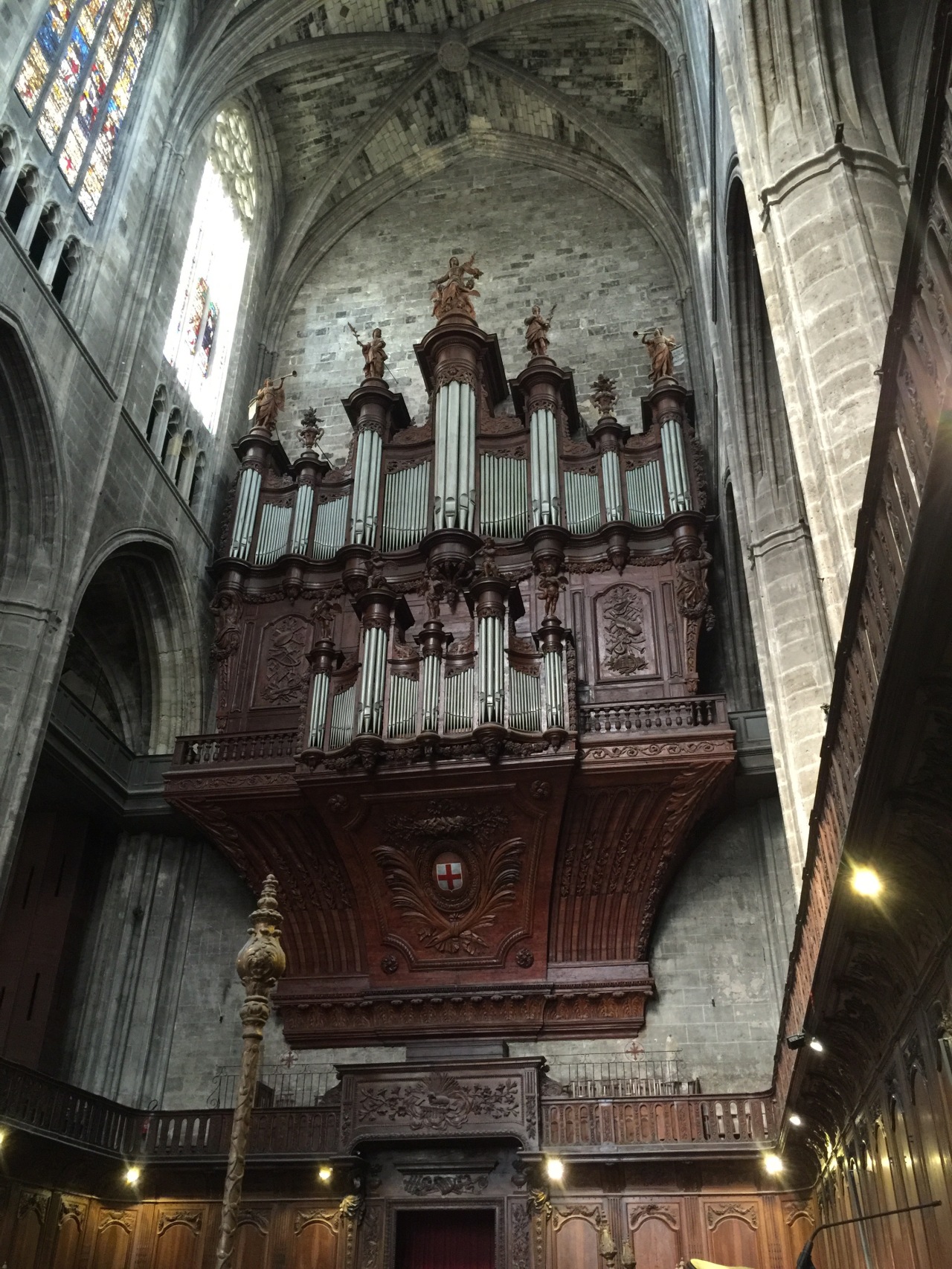 As we were wanting around taking pictures, there was a wonderful wafting sound of singing.  These nuns were practicing a few chants and songs 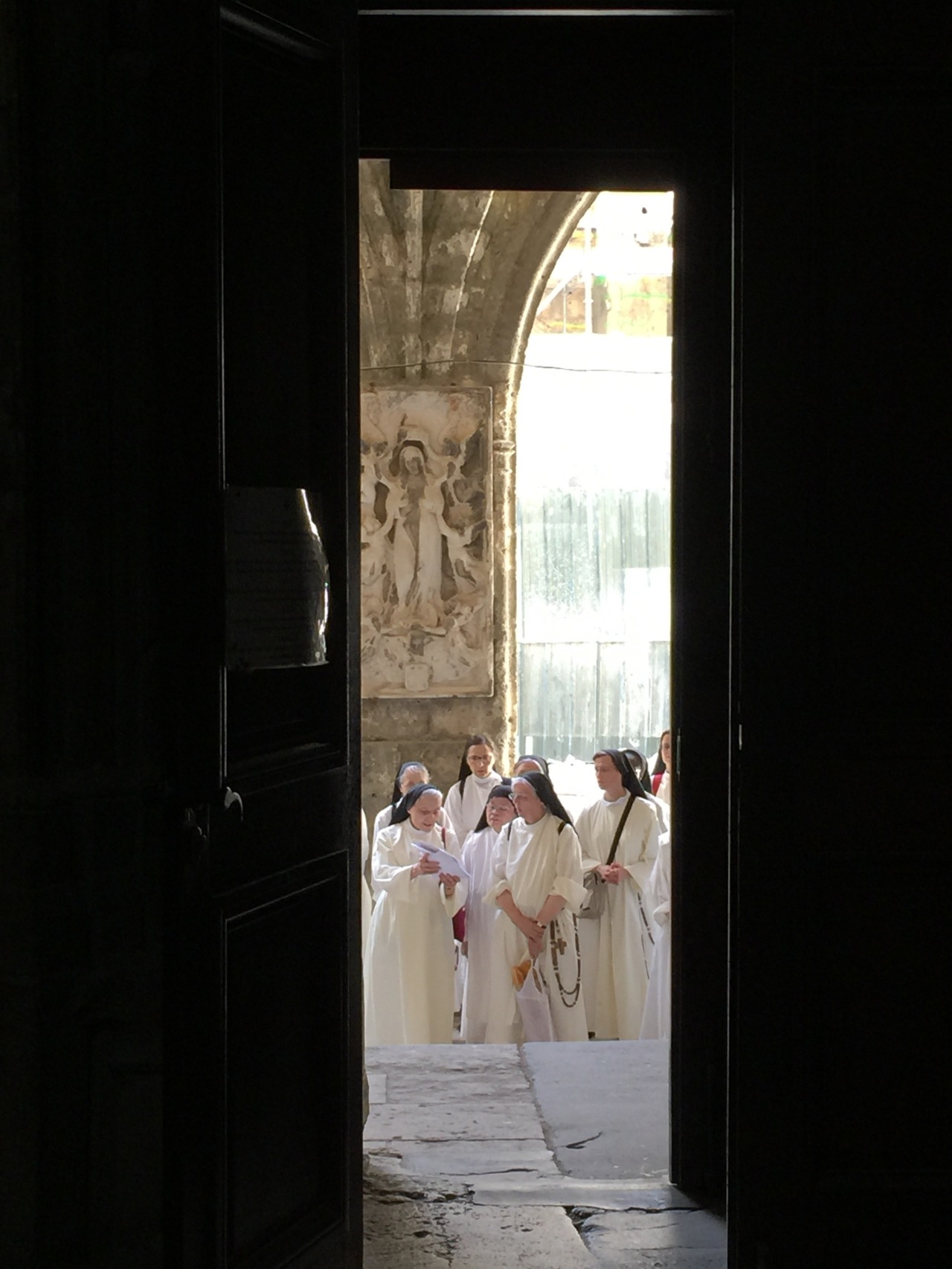 Then they moved inside for better acoustics before continuing on.

That was our whistle stop visit to Narbonne done and dusted.

We weren’t sure about how long it would take us to get there from Narbonne, so we allowed plenty of time.  What we didn’t consider is that the boat office wouldn’t be open when we arrived, so we had to stand around and wait for an hour before we could meet our guide or hop on our boat.  Have I mentioned how hot it was?  Just to clarify – it was hot.

We certainly didn’t waste any time though…

Jackie got right into the foraging, finding figs and blackberries – quite delicious! 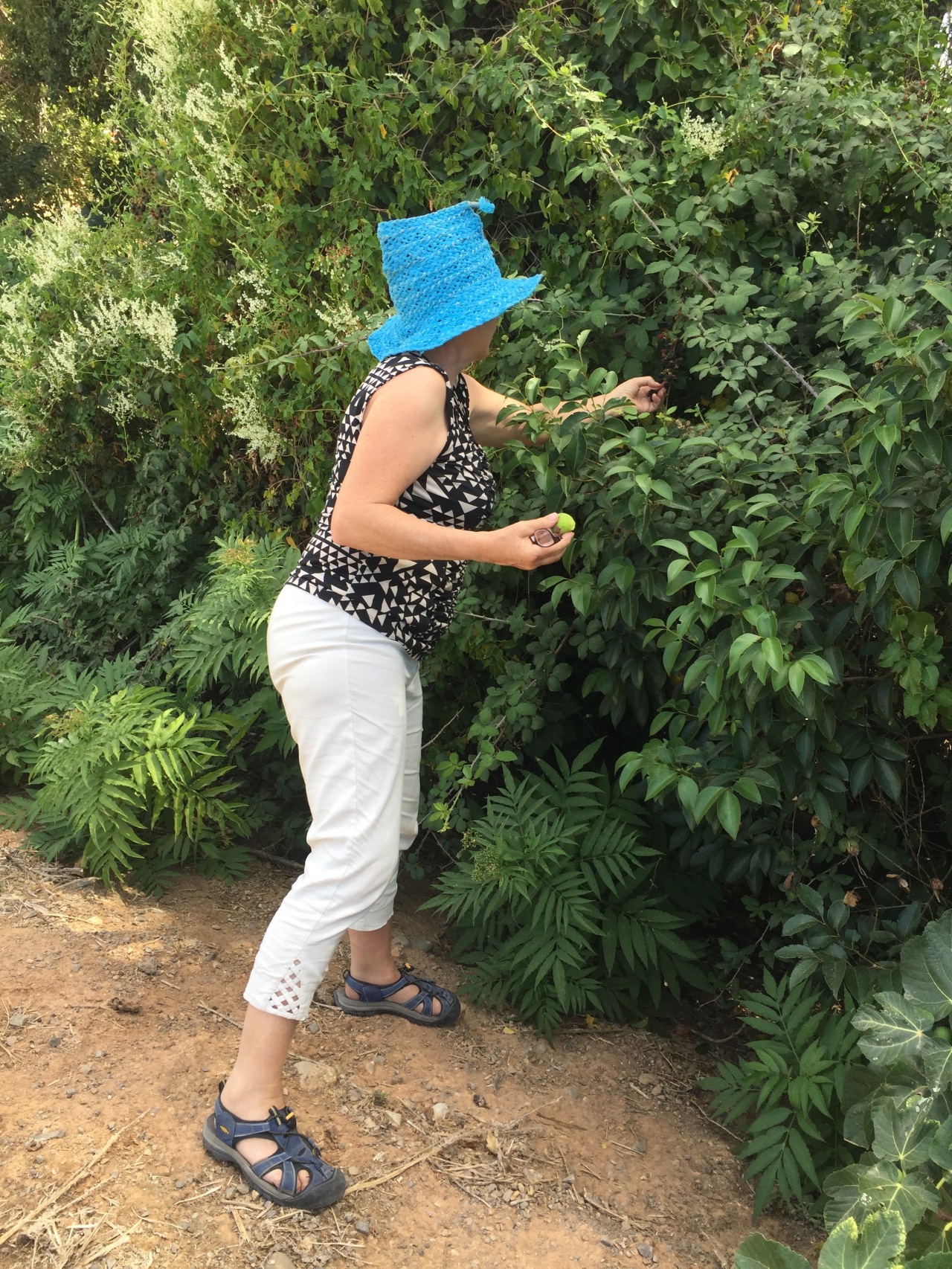 With Jackie and Brian around – we certainly were not going to starve.