What happens to a blog when there is no internet?  This has been my blogging dilemma this week.  But fear not dear readers, I will endeavour to get us back on track over the next few days.

When last we spoke I was arriving in Paris to meet up with some peeps from my original hometown of Geraldton and then travel through France.

Let me introduce you to the crew. 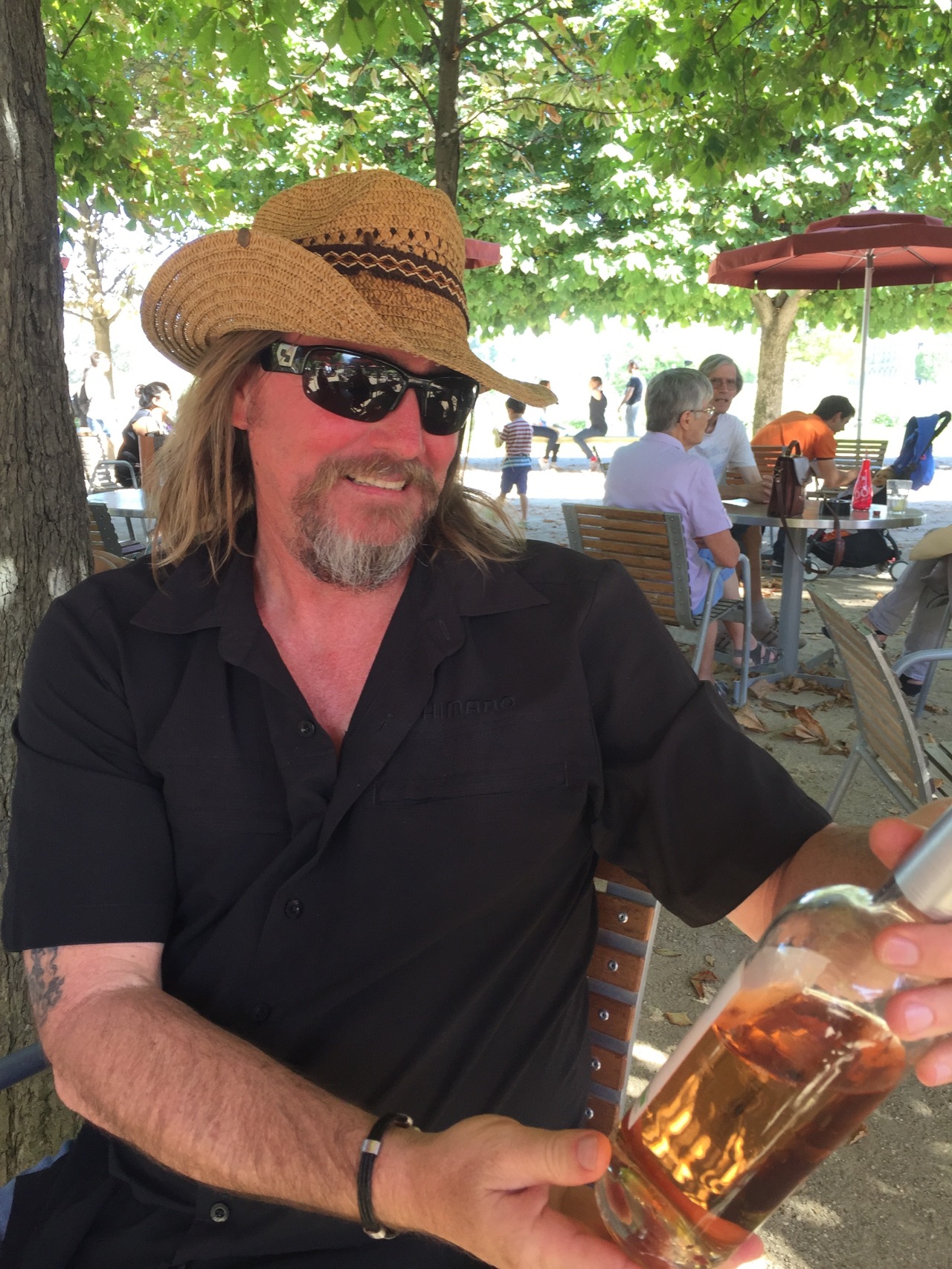 A primary school pal from Geraldton who I had semi lost touch with over the years.  I’ve always known where he was and I guess vice versa, but still out of touch – until now!  Graphic Designer, videographer, and producer/director of Bogan’s Guide to Wine 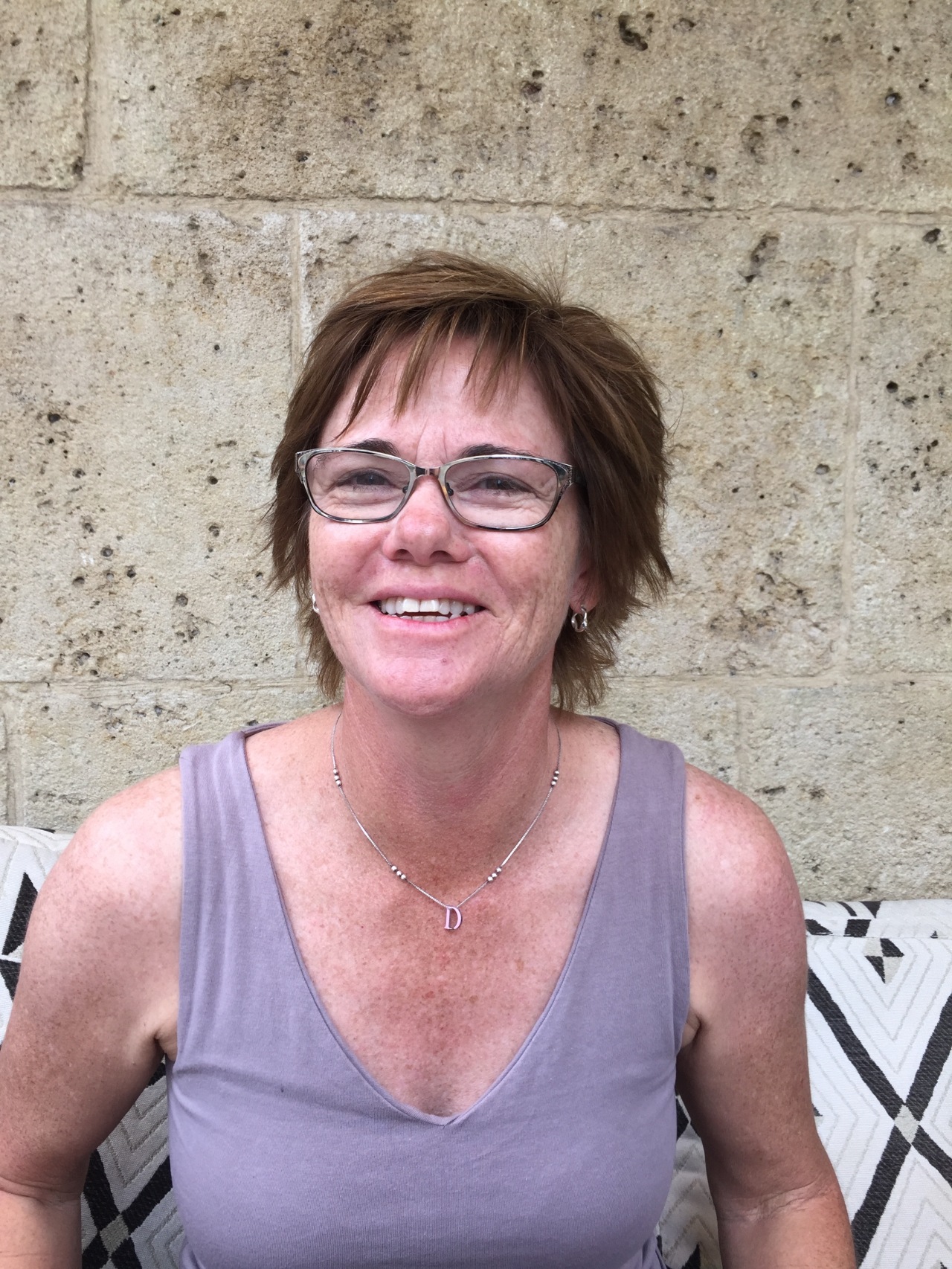 Deb and I used to work together at Mitchell and Brown in Geraldton, which is our combined family business – partnered by Deb’s brother and my father (and my uncle and cousin, but sorry chaps, that bit doesn’t seem relevant to this part of the story).  Deb and I not only worked together, but we played netball, hung out and went to see shows at Theatre 8 and Queens Park Theatre in Geraldton.  Deb is a fabulous photographer and runs a holiday accommodation business in Geraldton – Geraldton City Stay Cottage 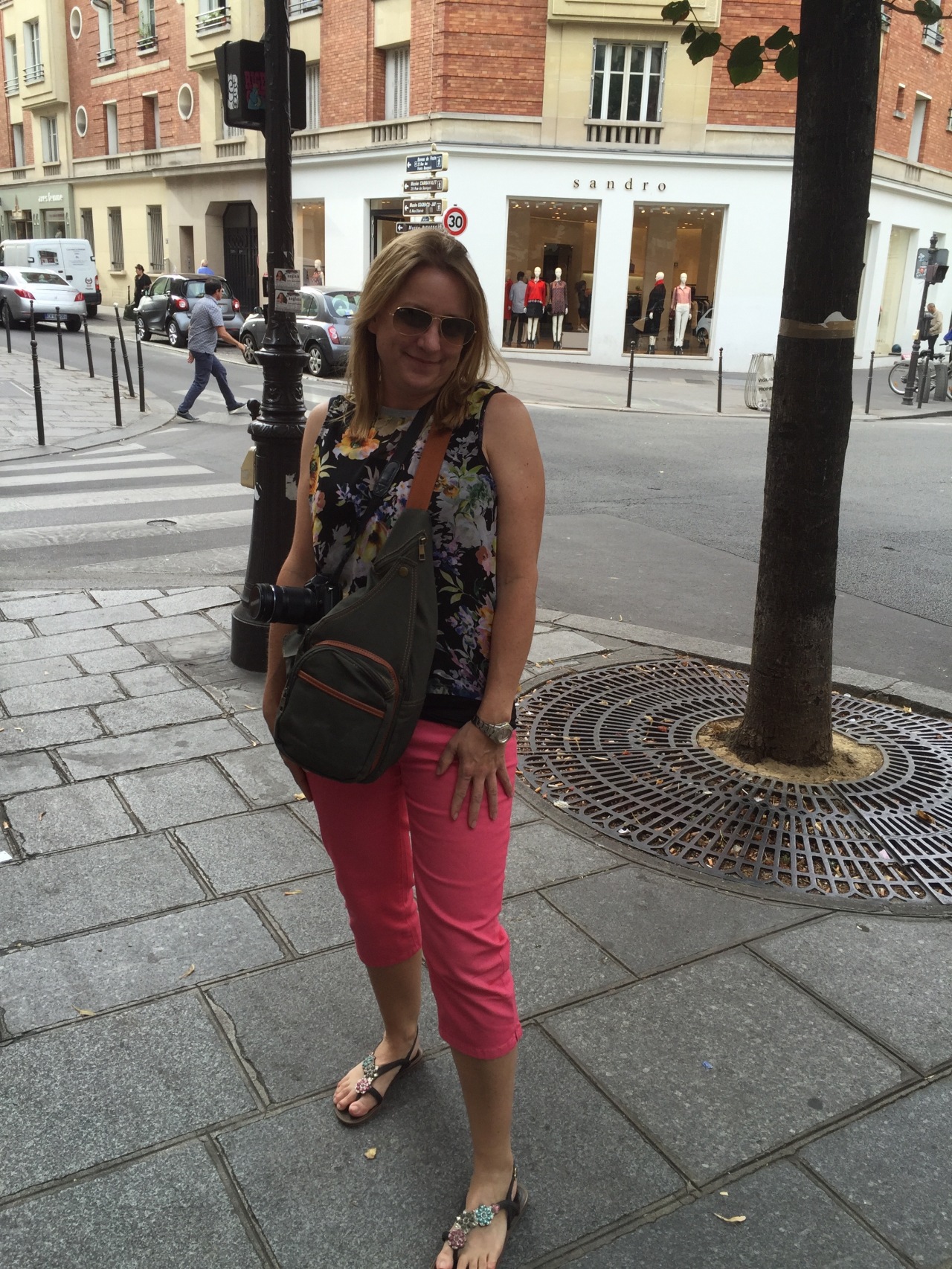 Kylie is Deb’s niece.  She works in the oil and gas industry as a super duper important and powerful environmental/safety person on Barrow Island.  As part of her job, she has learned to wrangle snakes, which impresses me no end.  Kylie was also part of our netball team and knows how to tie a truckie’s hitch. 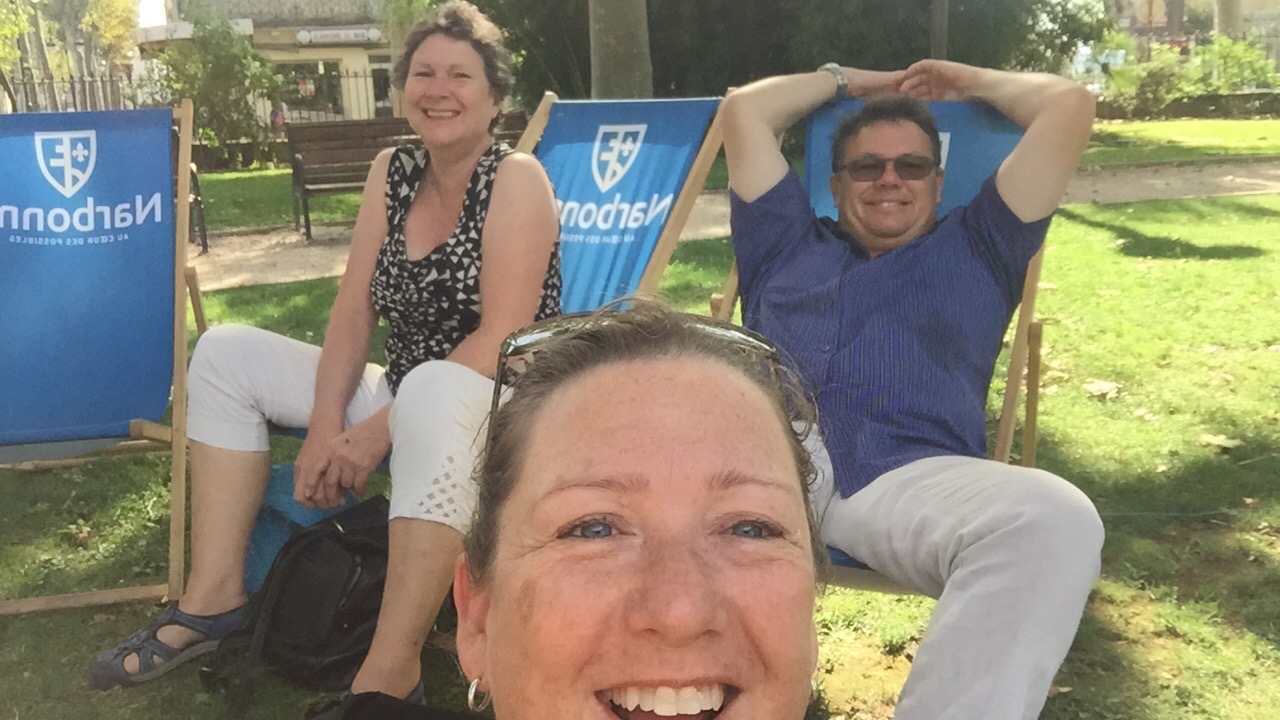 These two come as a package for me because I had never met them before and were always referred to as “Jackie and Brian”.  Brian is a physiotherapist and lives next door to Jason and Deb in Geraldton.  Jackie also runs a holiday accommodation business in Geraldton – Weelaway on Gregory and together they have spent many an evening on the Jose Street porch drinking wine and talking bollocks.  J&B and J&D have done many an overseas trip together – sometimes with Kylie as well. 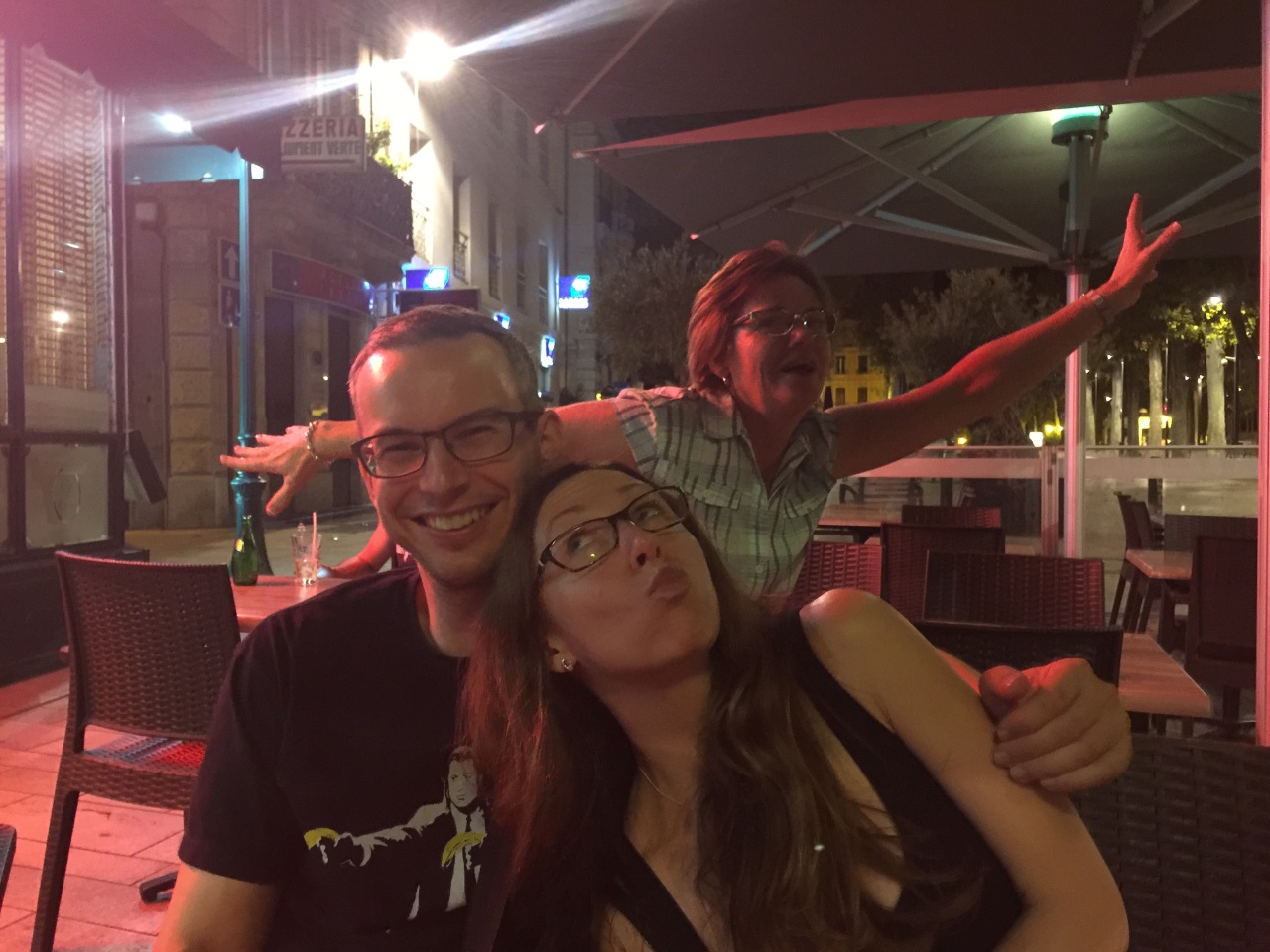 Again, these two also come as a duo for the same reason.  This was my first time meeting this lovely couple who hale from Taunton in Somerset.  Jen is a hilarious accountant and Scott is a martial arts practicing IT wiz. They had first met Jason and Deb & Jackie and Brian on an Intrepid tour in Thailand 5 years ago.  They all fell madly in love and decided to travel together again.

So…. Day 1 in Paris.  Kylie, Brian and Jackie had already arrived in Paris the previous day so were well versed in the arrondissements and rues around the city.  Deb & Jason arrived the same time I did – midnight, meaning that we went straight to bed and met up with the group in the morning.

Nobody was super interested in doing touristy sightseeing, which was great, cause I’d just seen it all!  So we grabbed some breakfast on the go…. Quiche Lorraine, crepes and pain au chocolat, thank you very much! 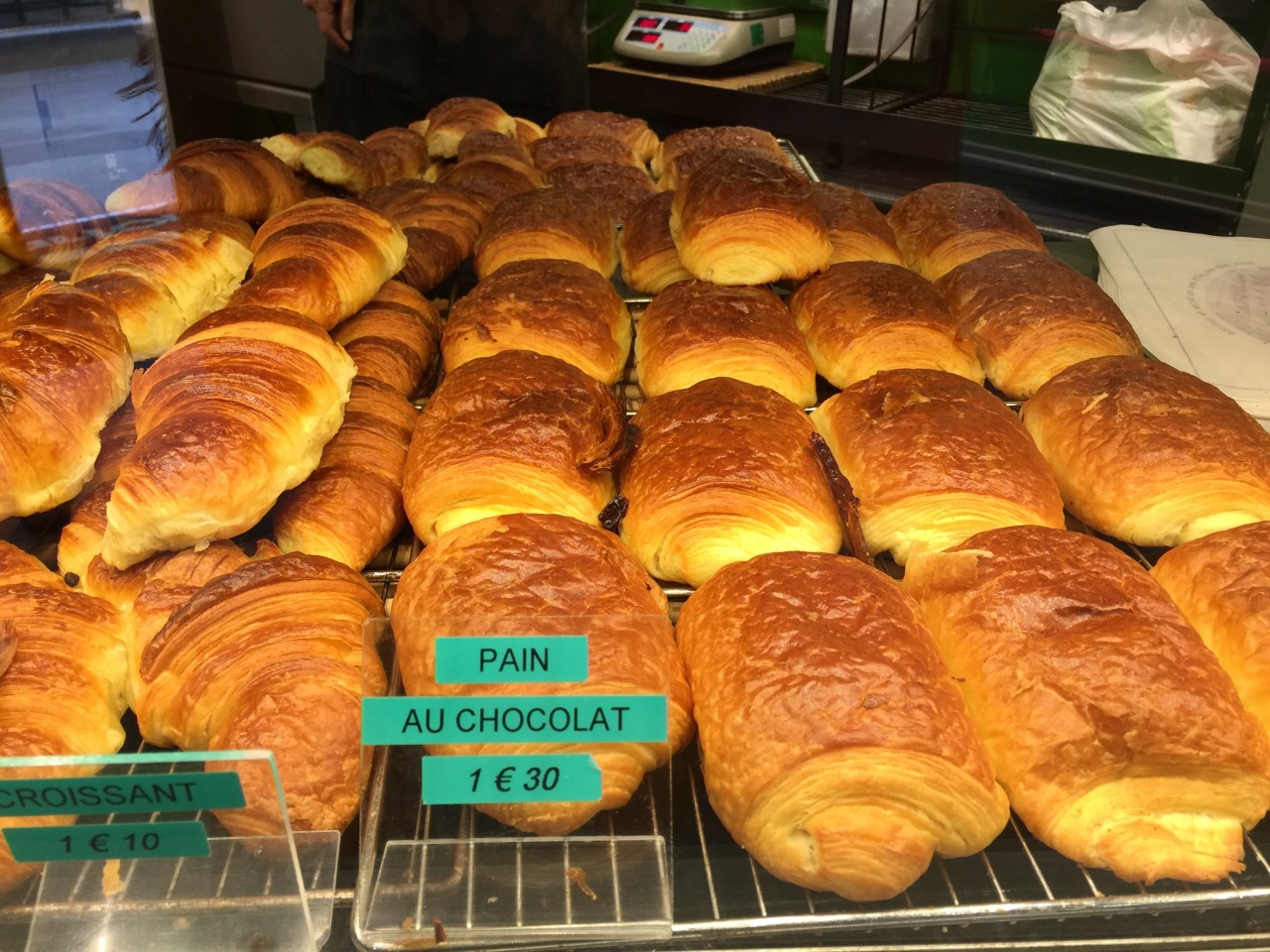 and got to walking around the town to get a feel of the vibe.

Our hotel was right near the Notre Dame Cathedral. 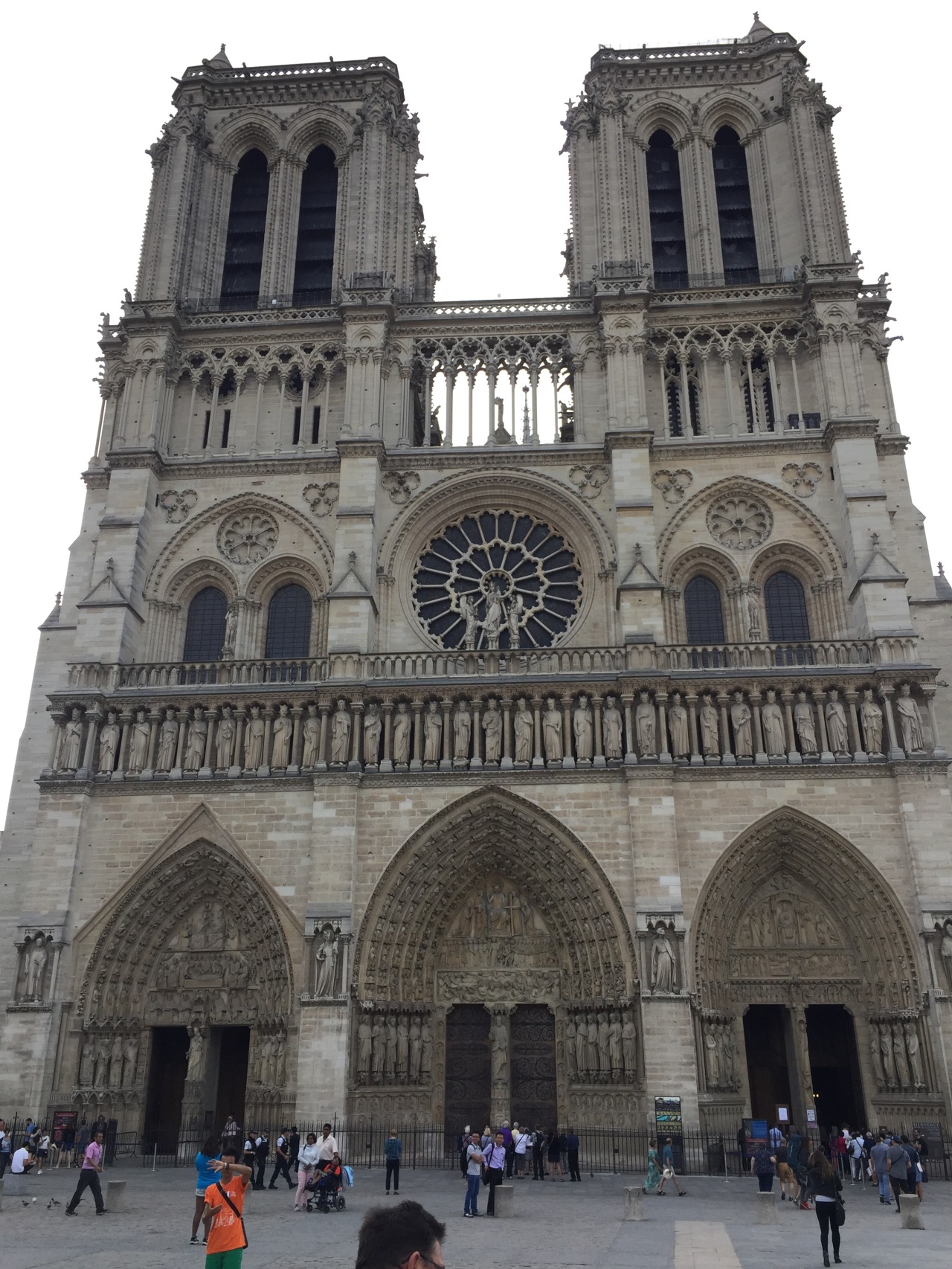 The temporary beach along the Seine during the summer months. 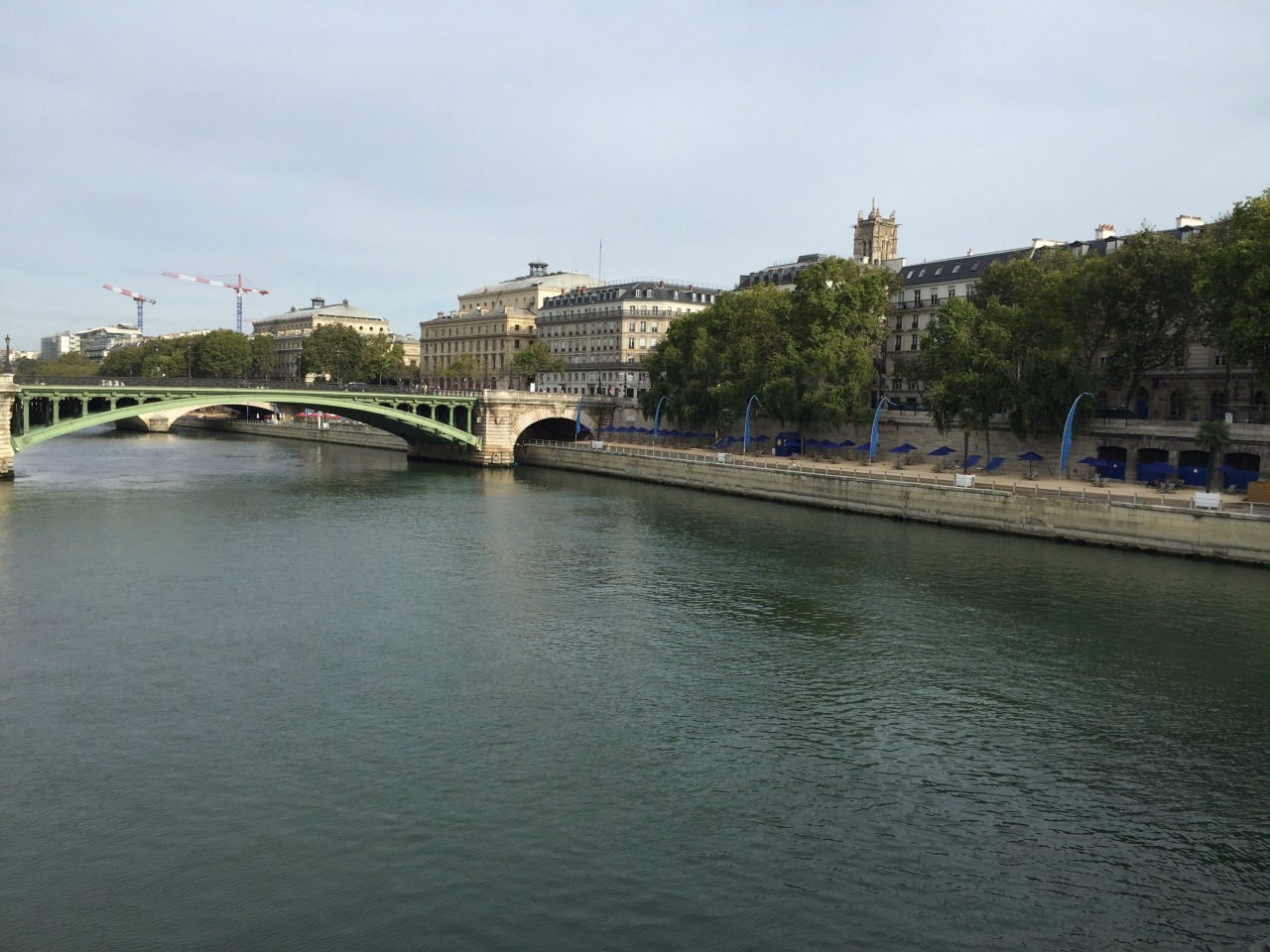 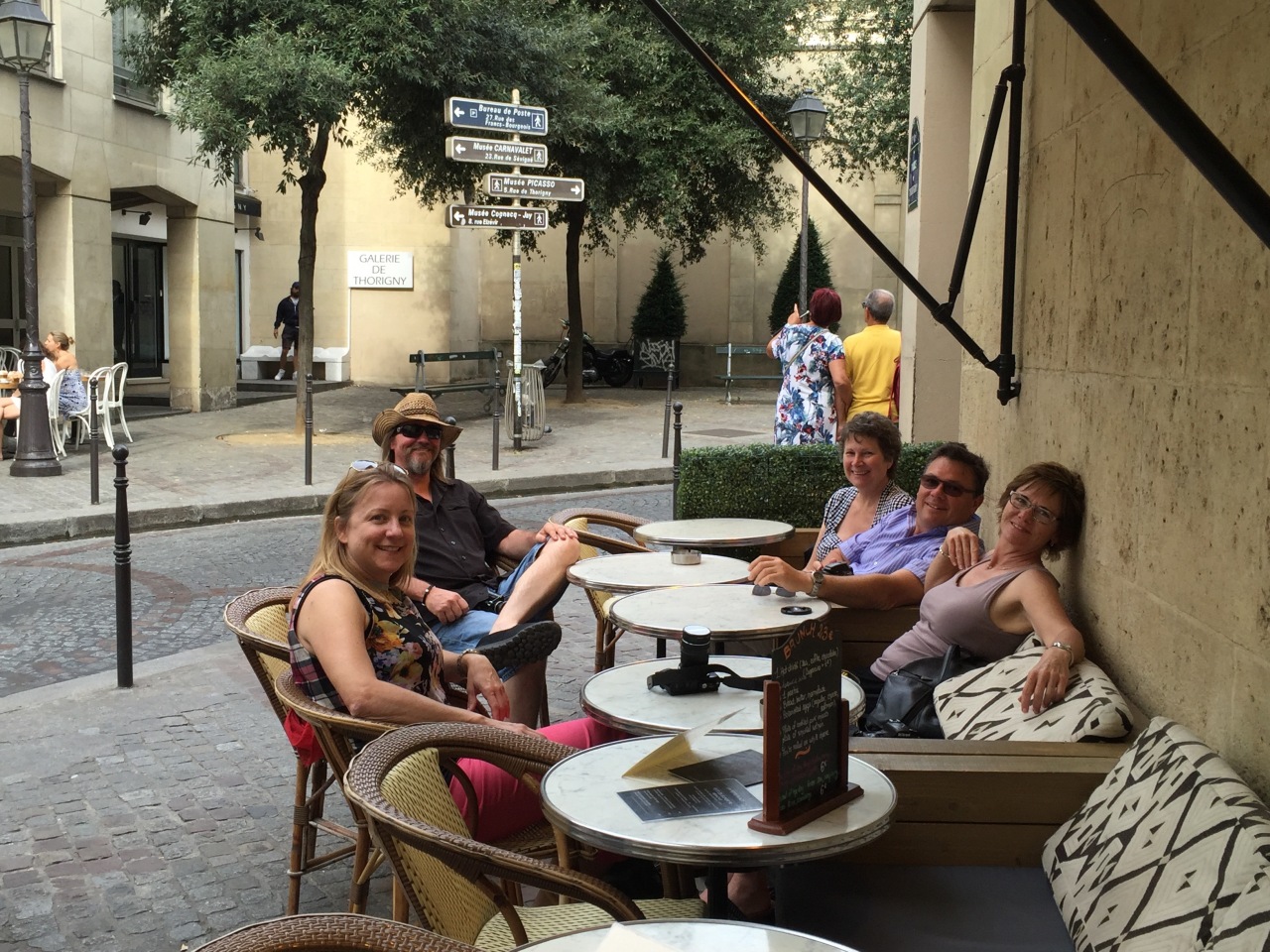 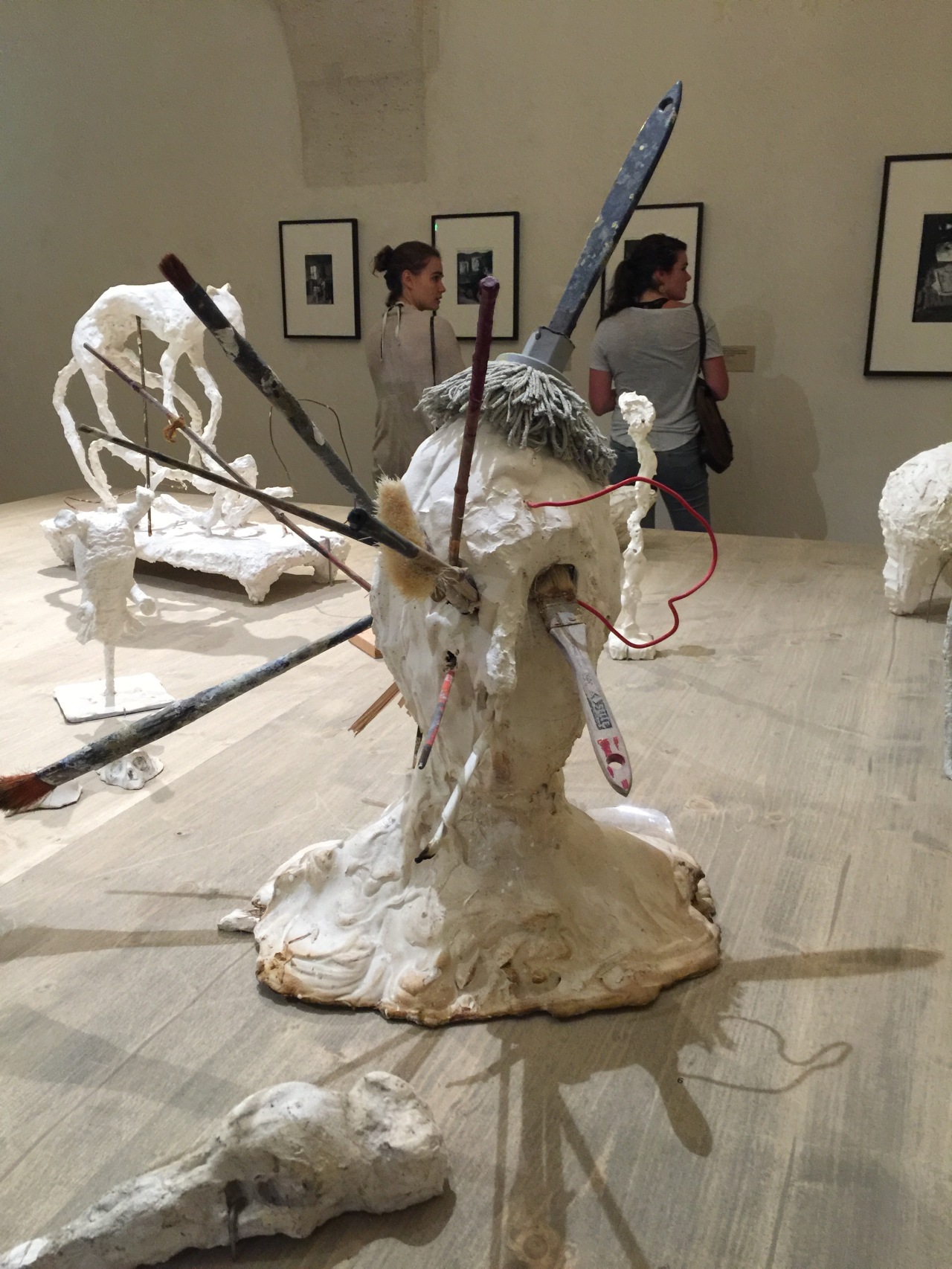 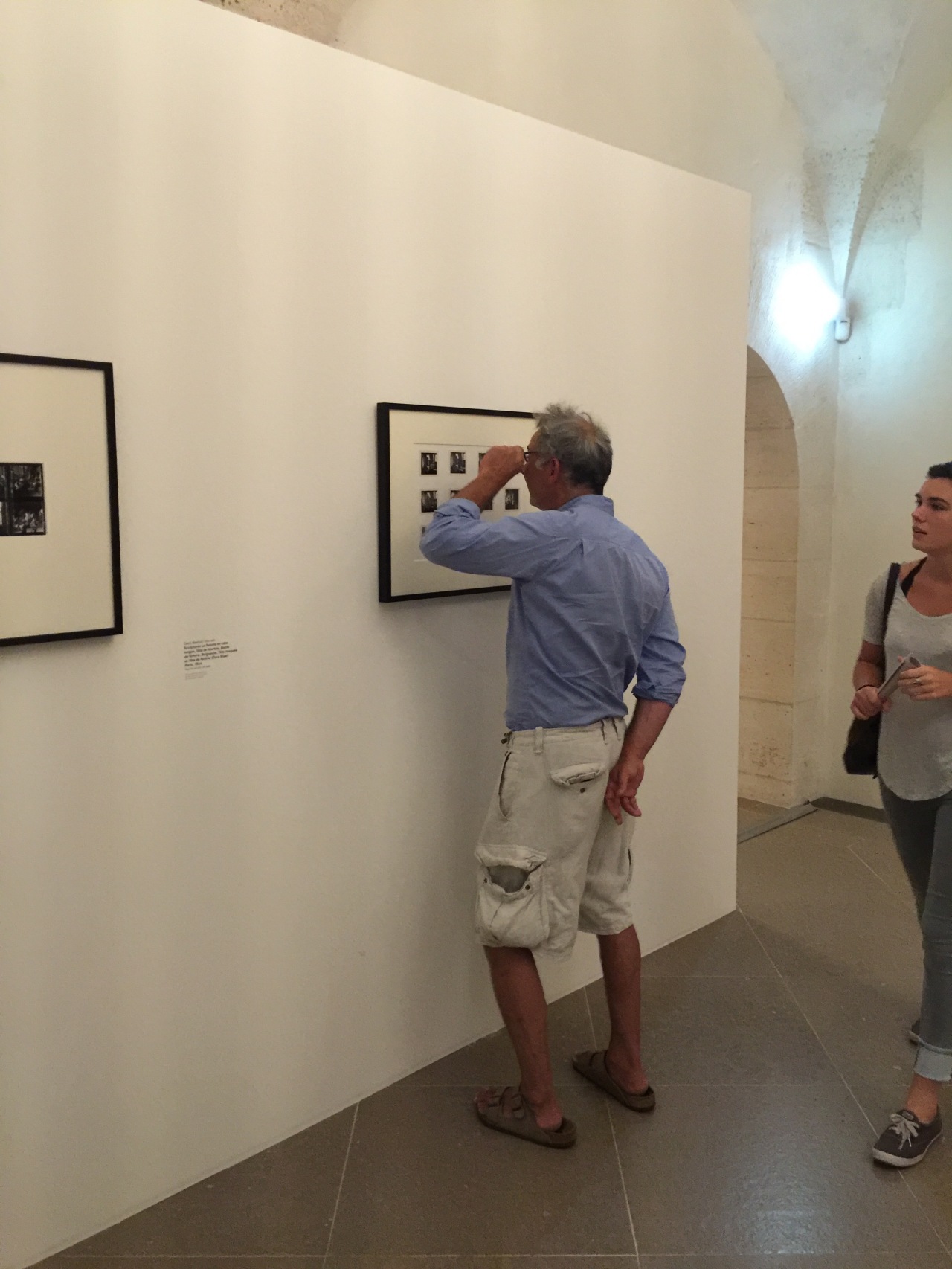 Note to Pablo…. if you have to do this – your artwork is probably too small. 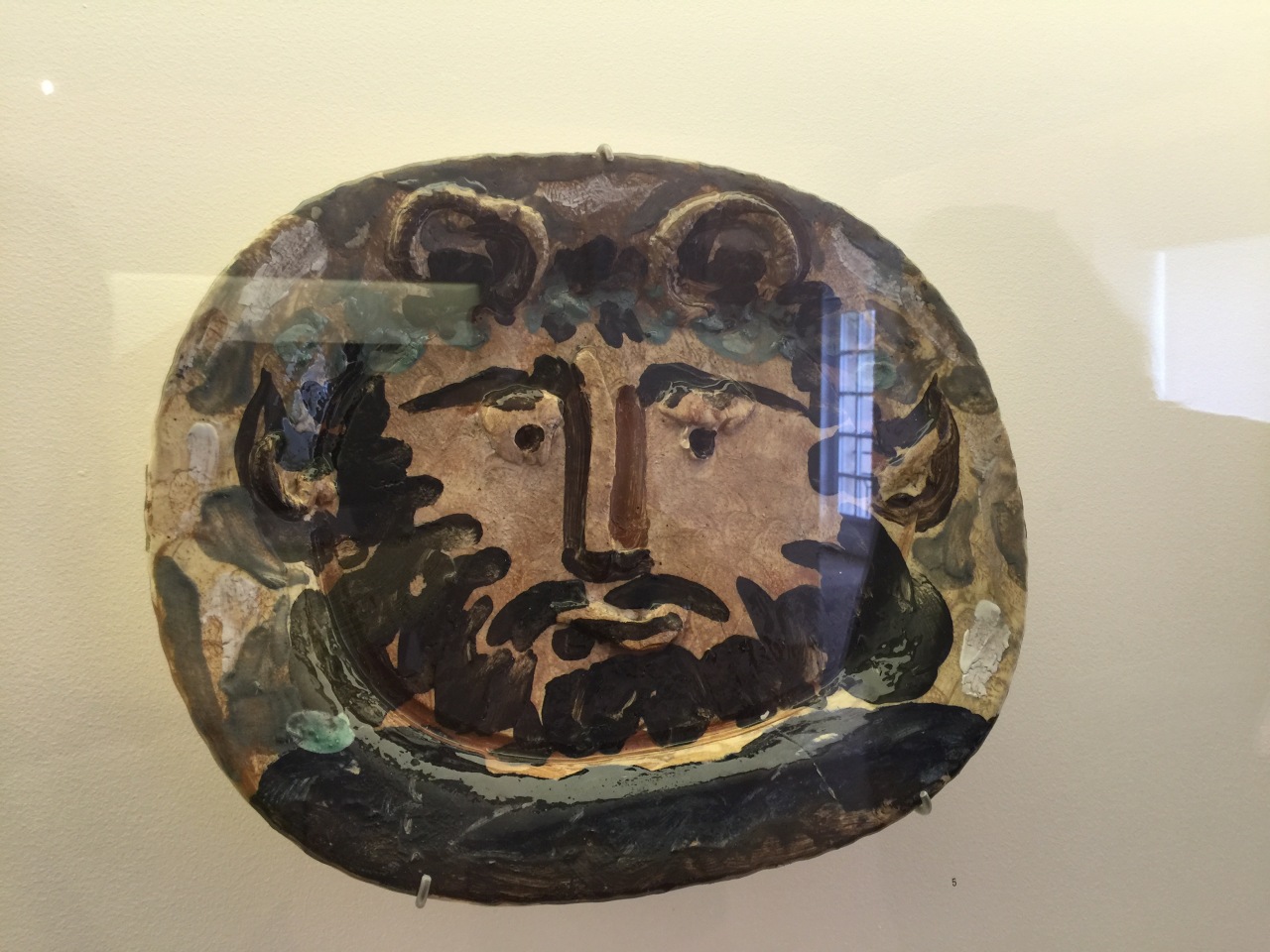 Also, if your art is something that everybody did at primary school (painting on a plate) ….. 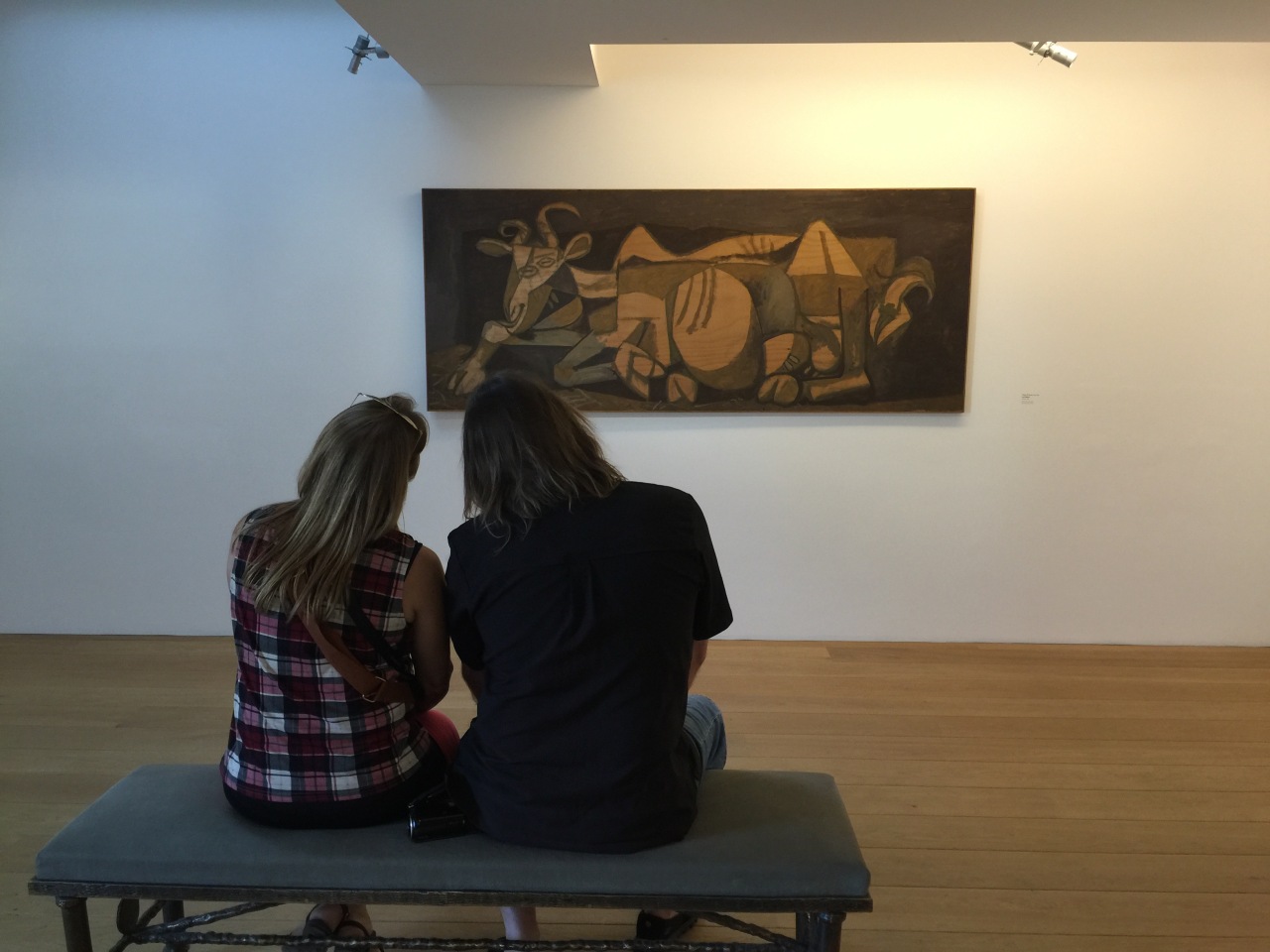 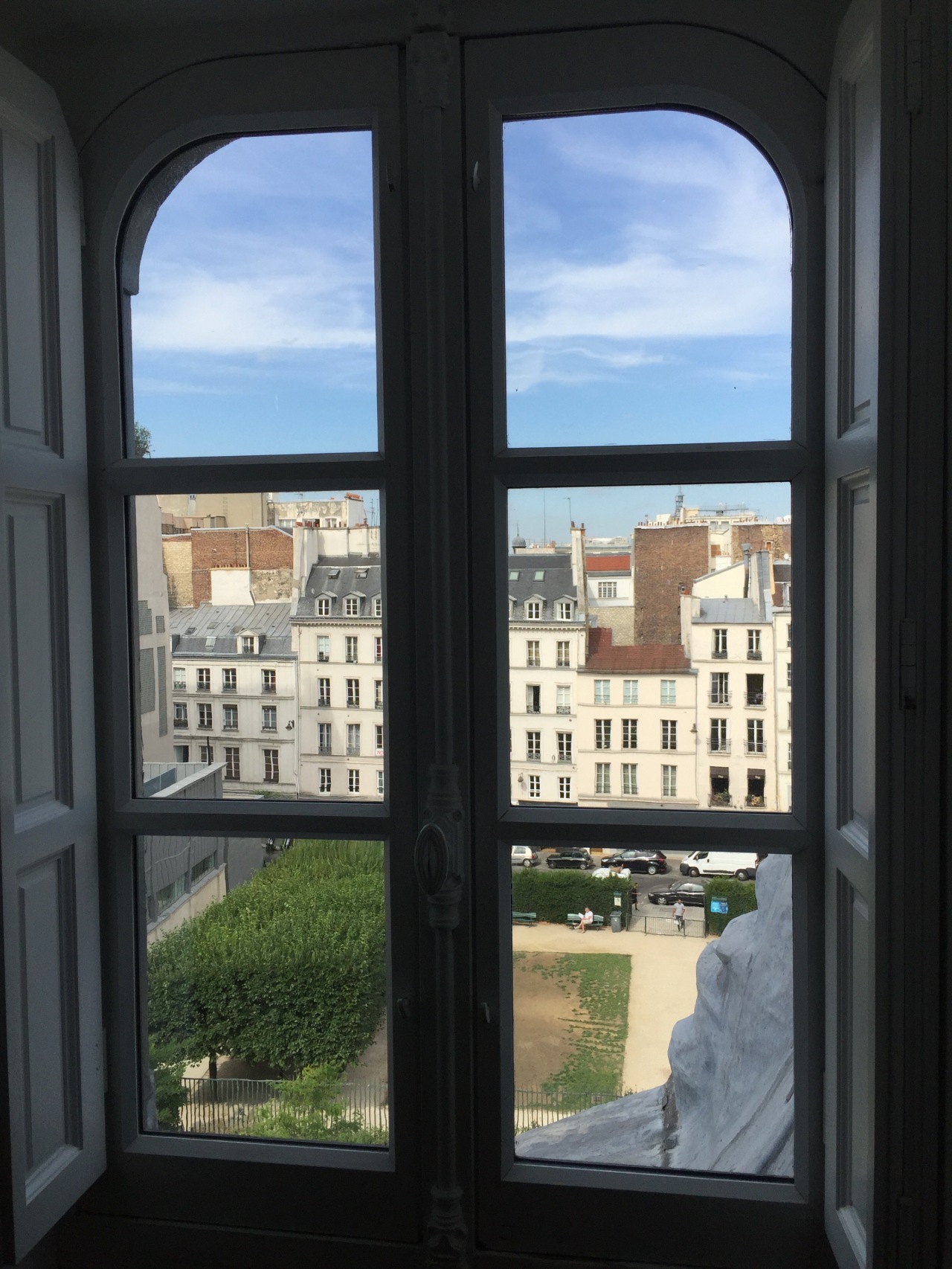 View from the window of the Picasso museum 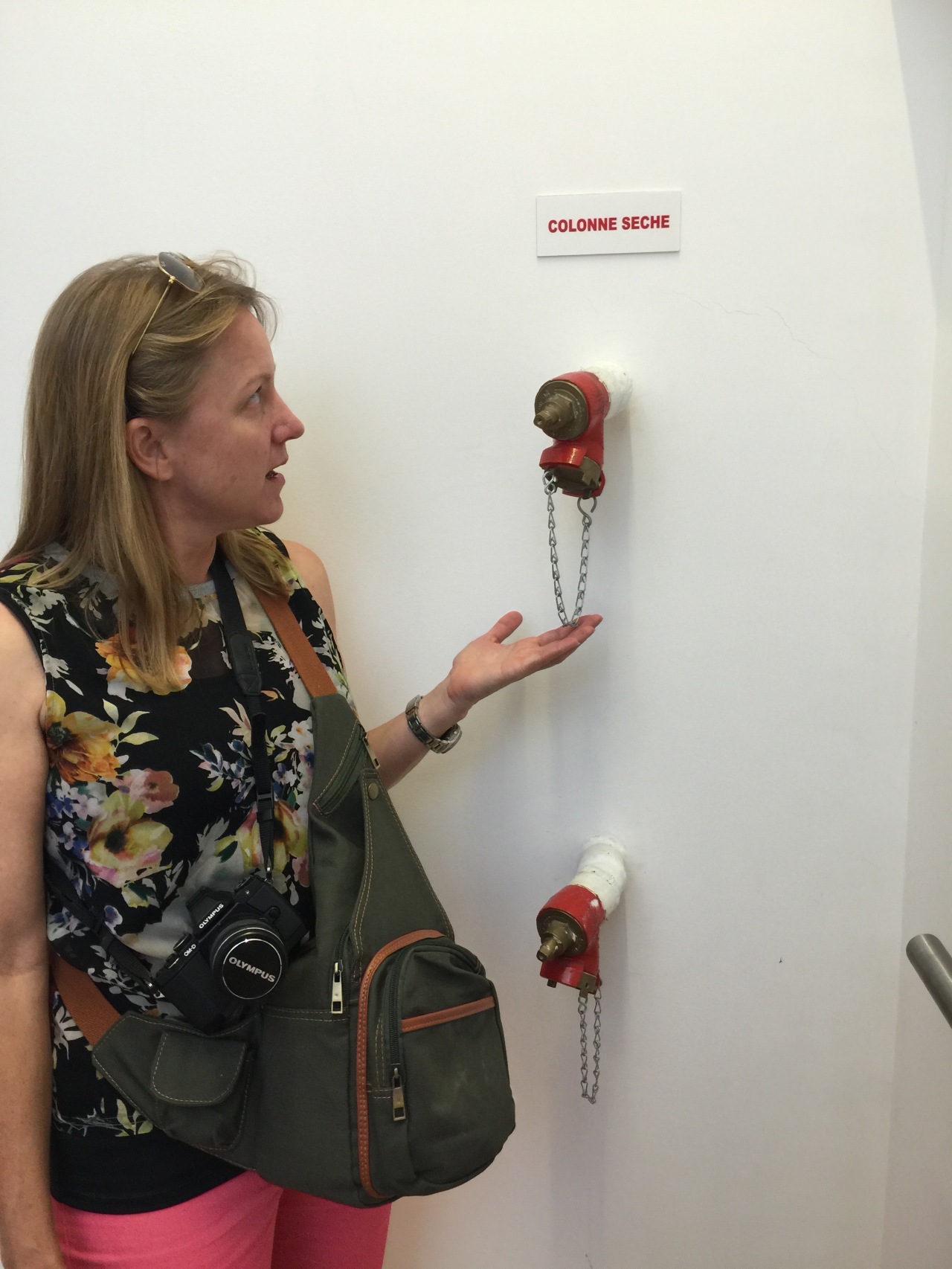 Um……not sure you should be touching the art Kylie 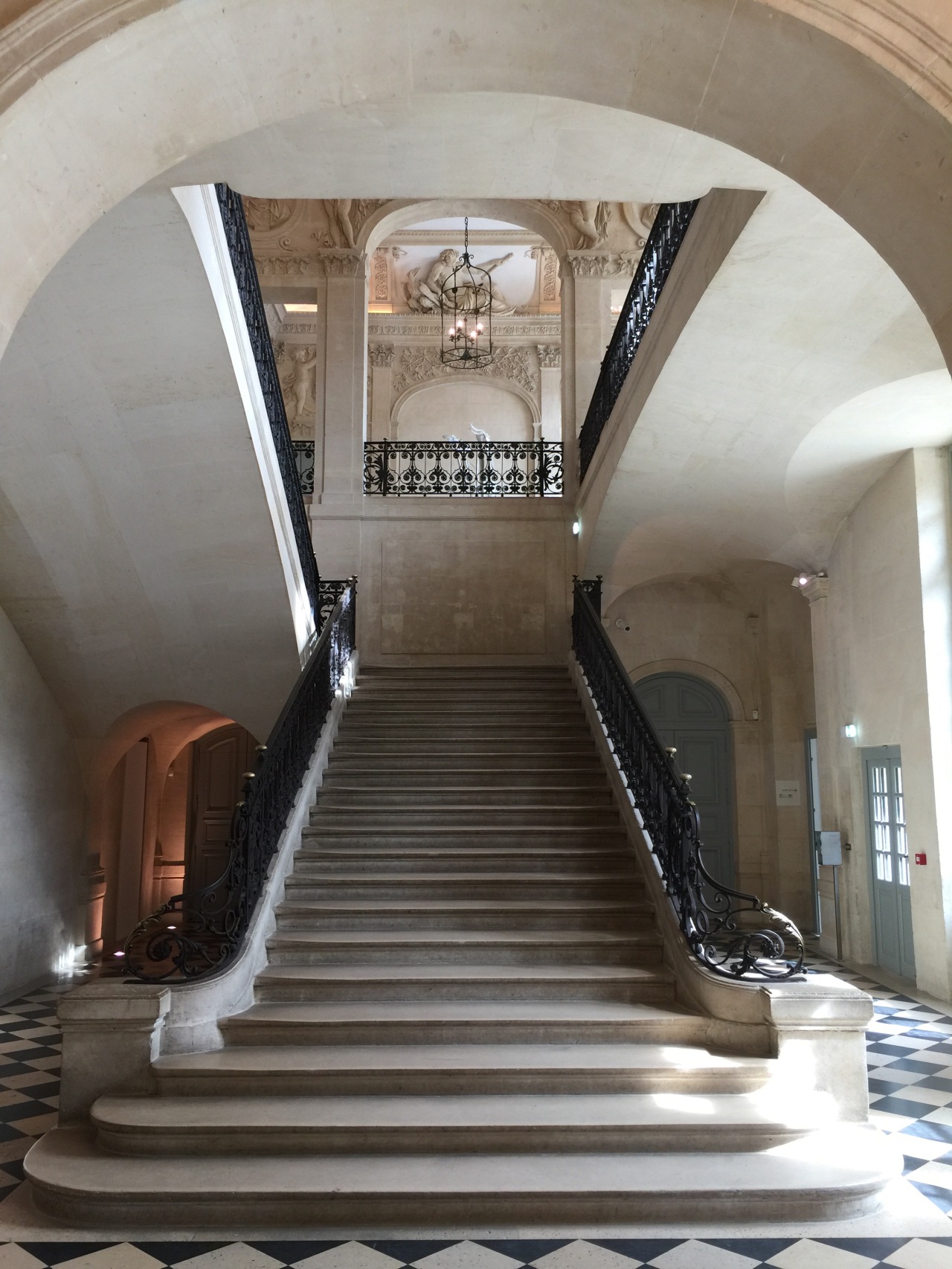 The building was gorgeous! 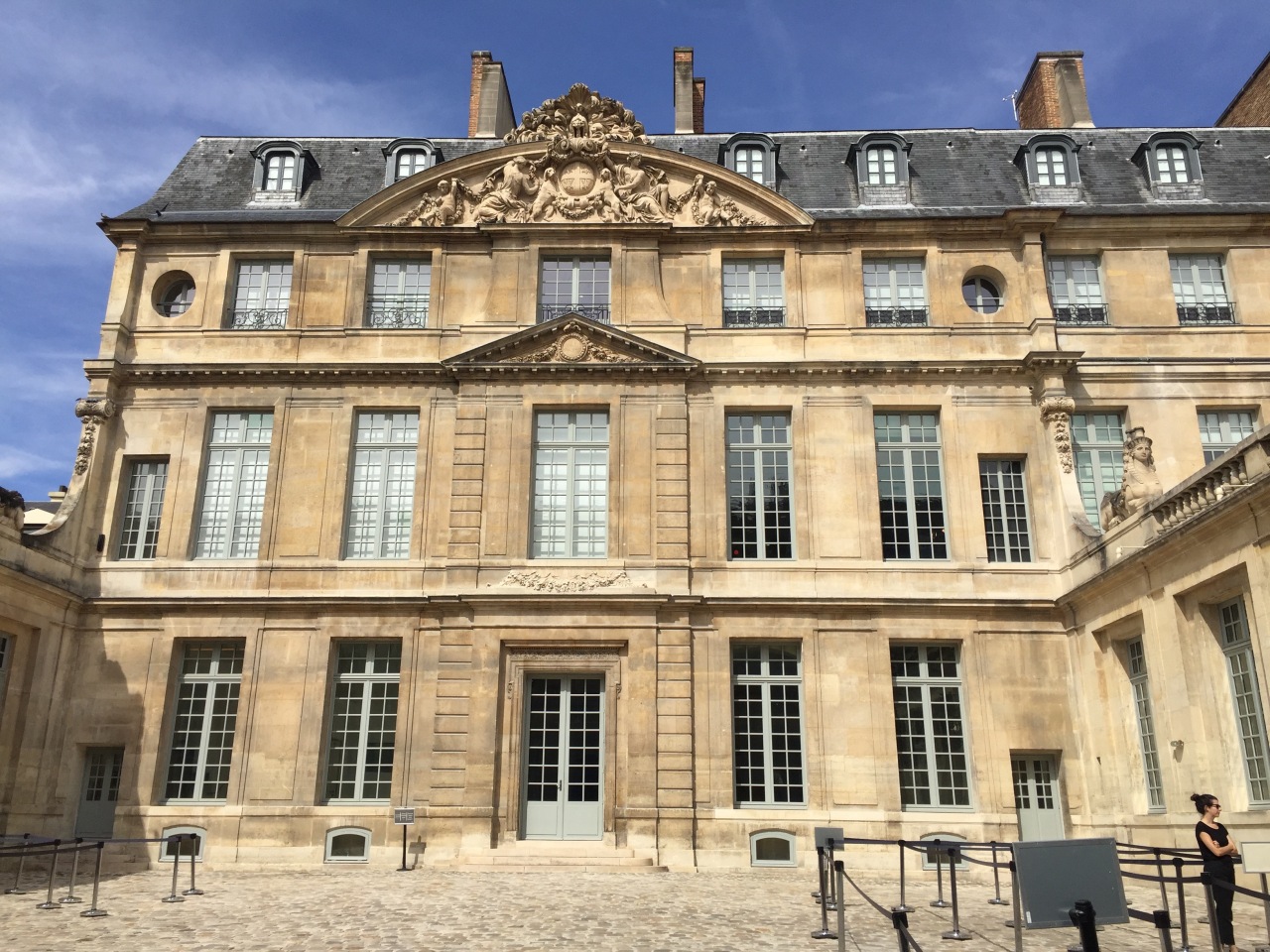 They were obviously expecting a large crowd today… 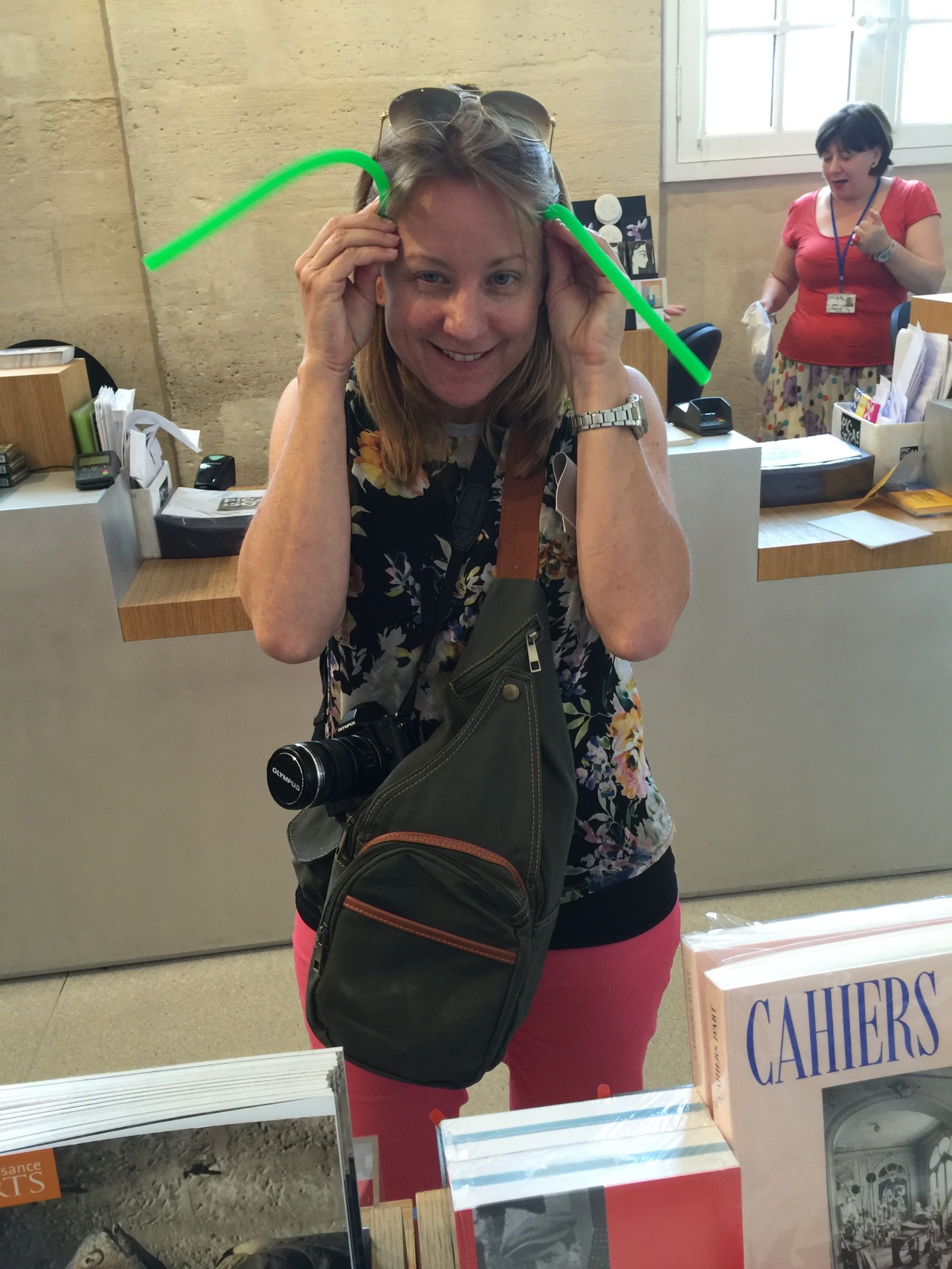 Choosing some souvenirs at the gift shop…. It think these will be perfect. 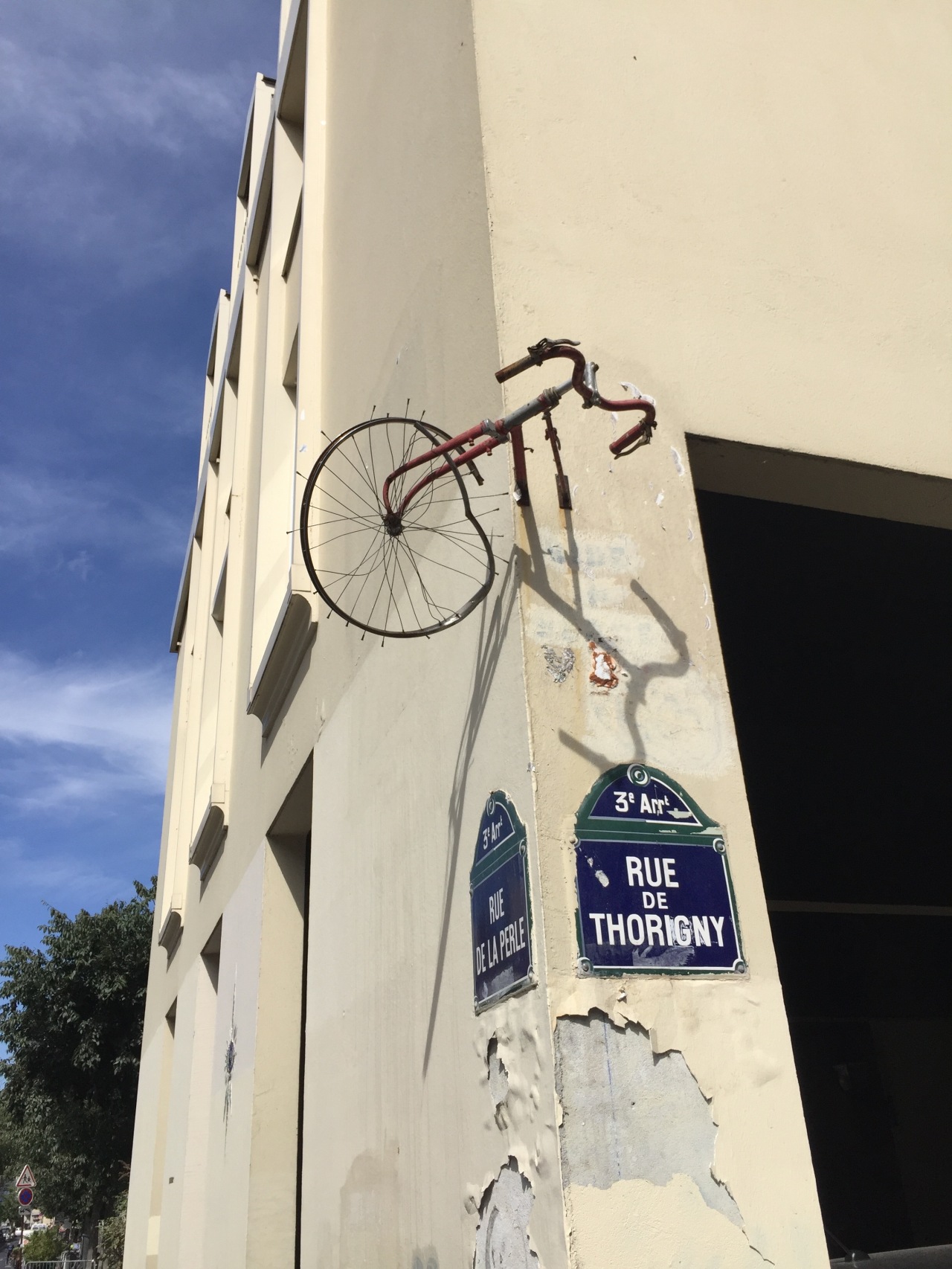 Paris – art on every corner!

Then it was to the Louvre and the Tuileries Gardens 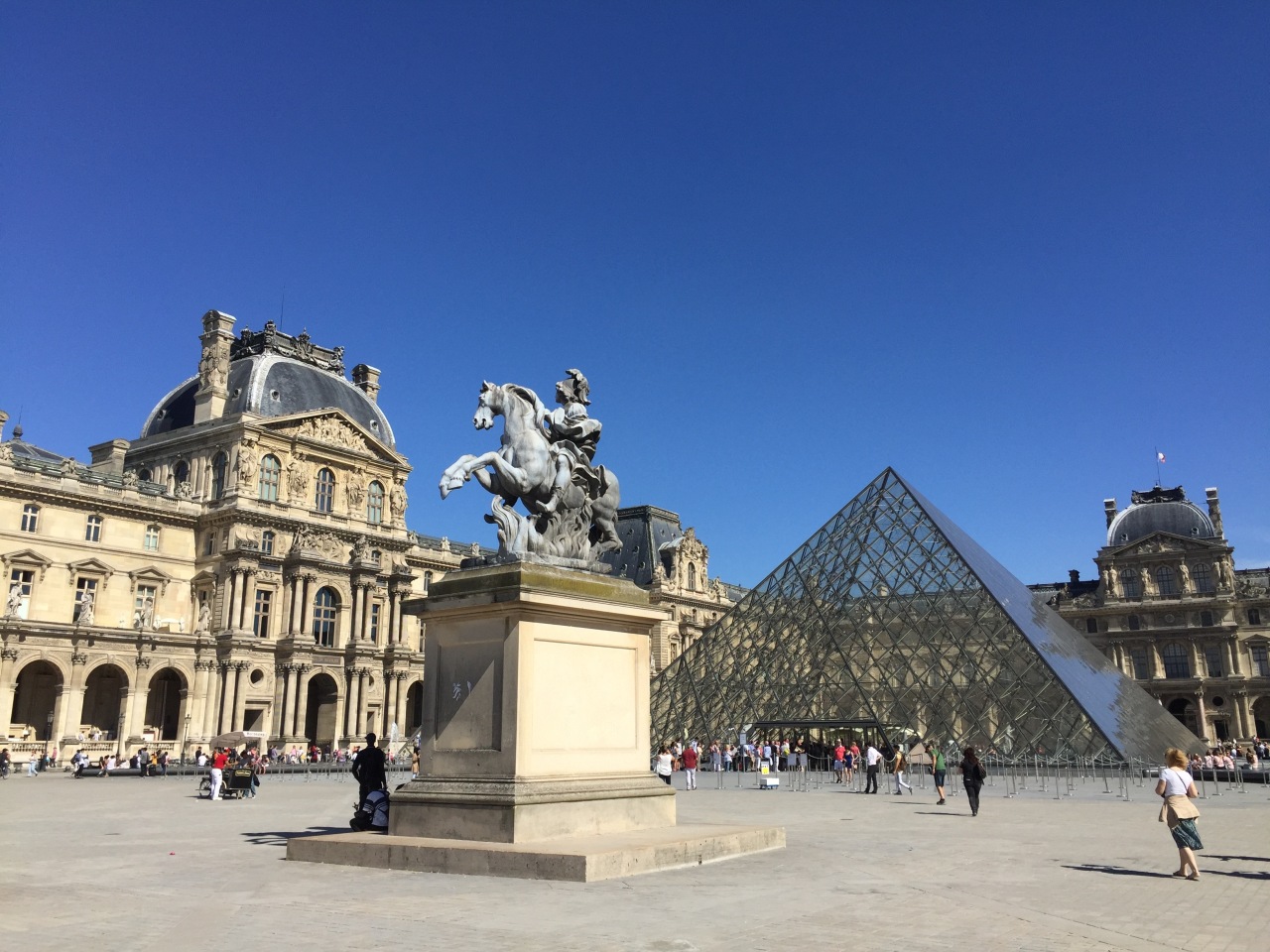 We sat in the gardens to have an overpriced drink and since it was a hot day thought that a lovely rose’ would be a winner……. it was not a winner. 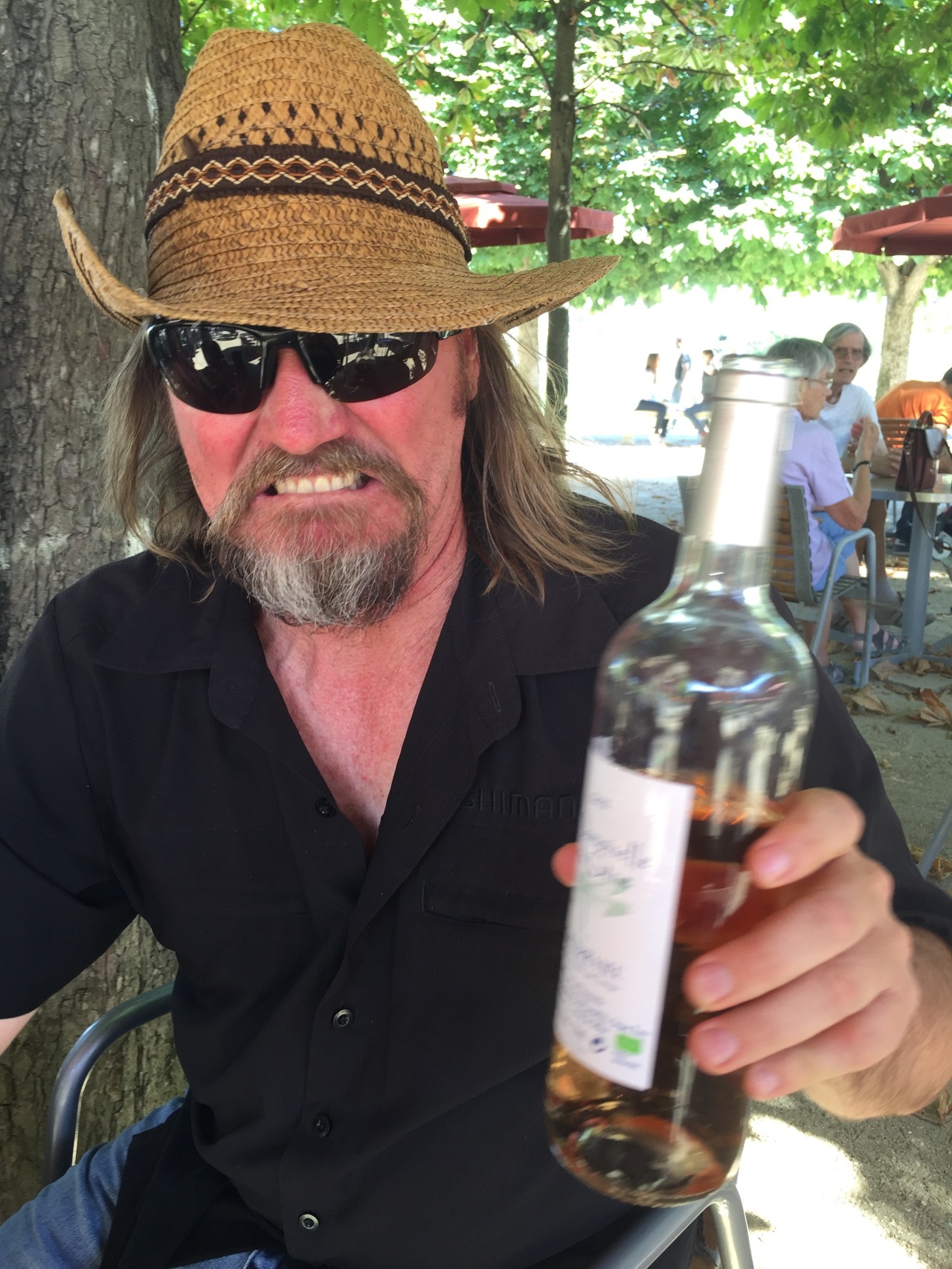 Deb, who thought she’d quench her thirst with a lemonade was served lemon juice, water and sugar syrup… 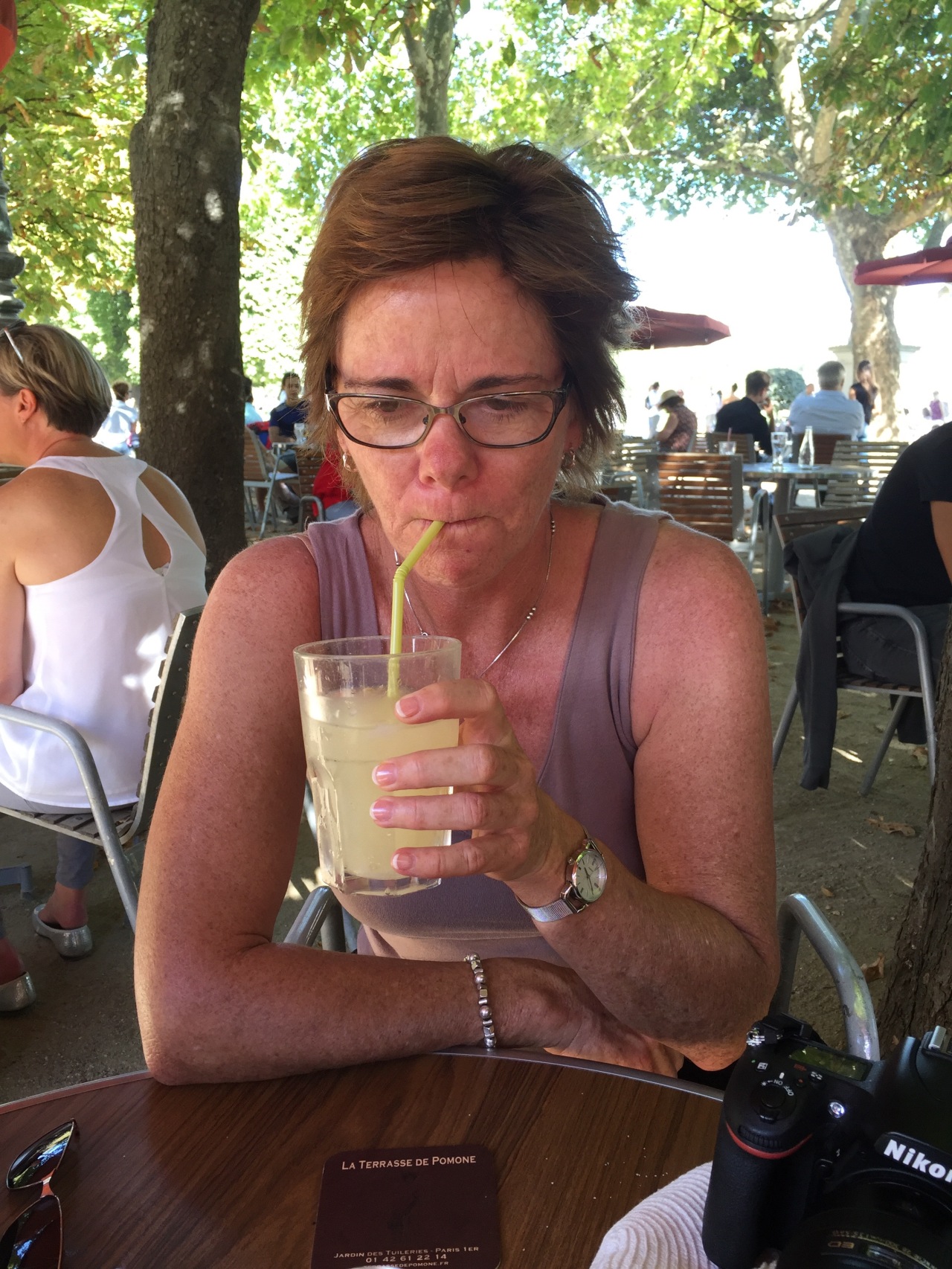 The results were mixed… 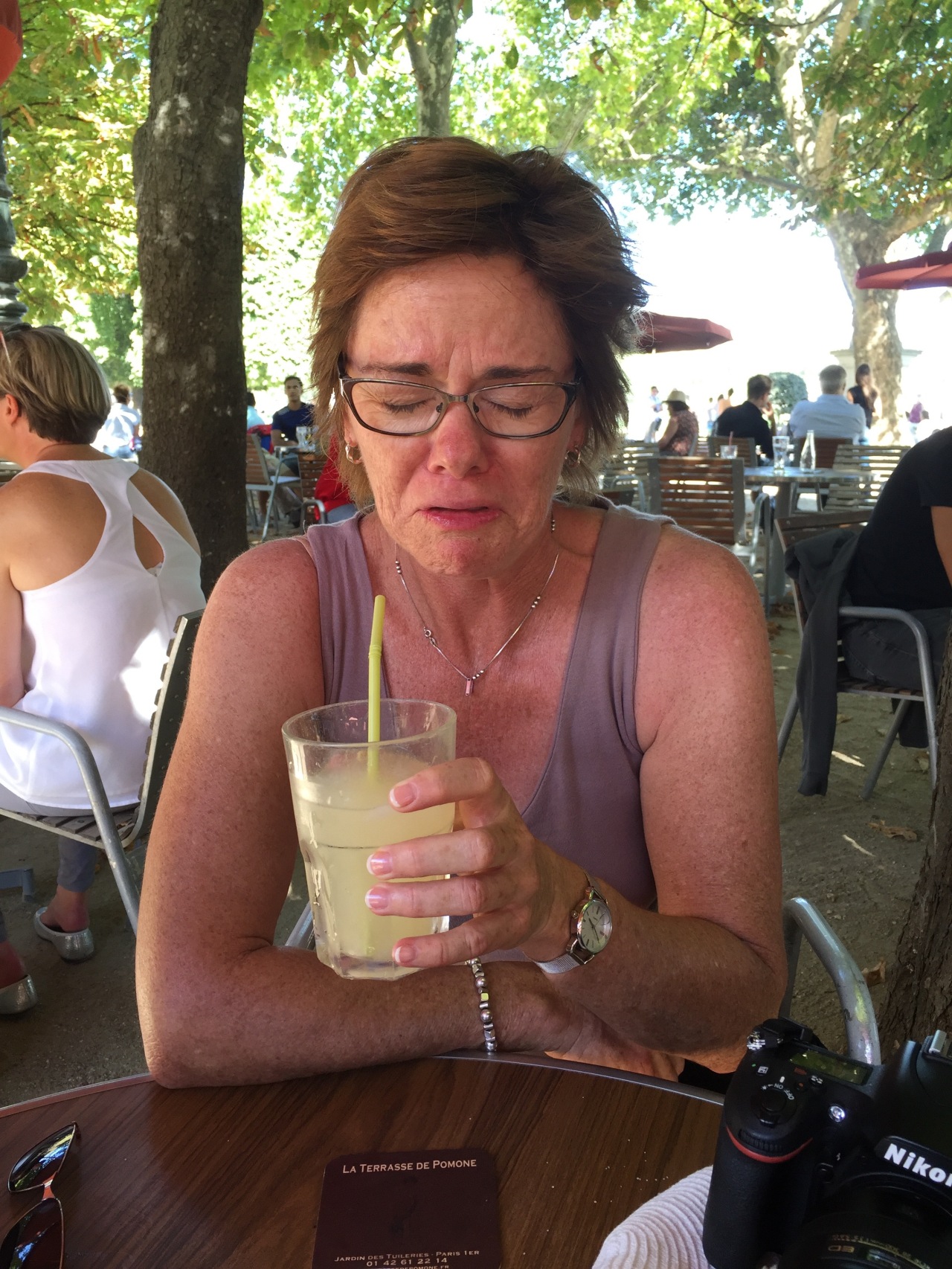 In order to get ride of the overpriced rose’ we played the drinking game – coins, whereby you bounce a coin into a glass and the if you get it in, everybody has to skull their drink….. however, as the aim of this game was to get rid of the wine – if somebody got it in, we all skulled.  The game and the wine was over in about 3.5 minutes.

Then is was on to doing a bit of art imitation. 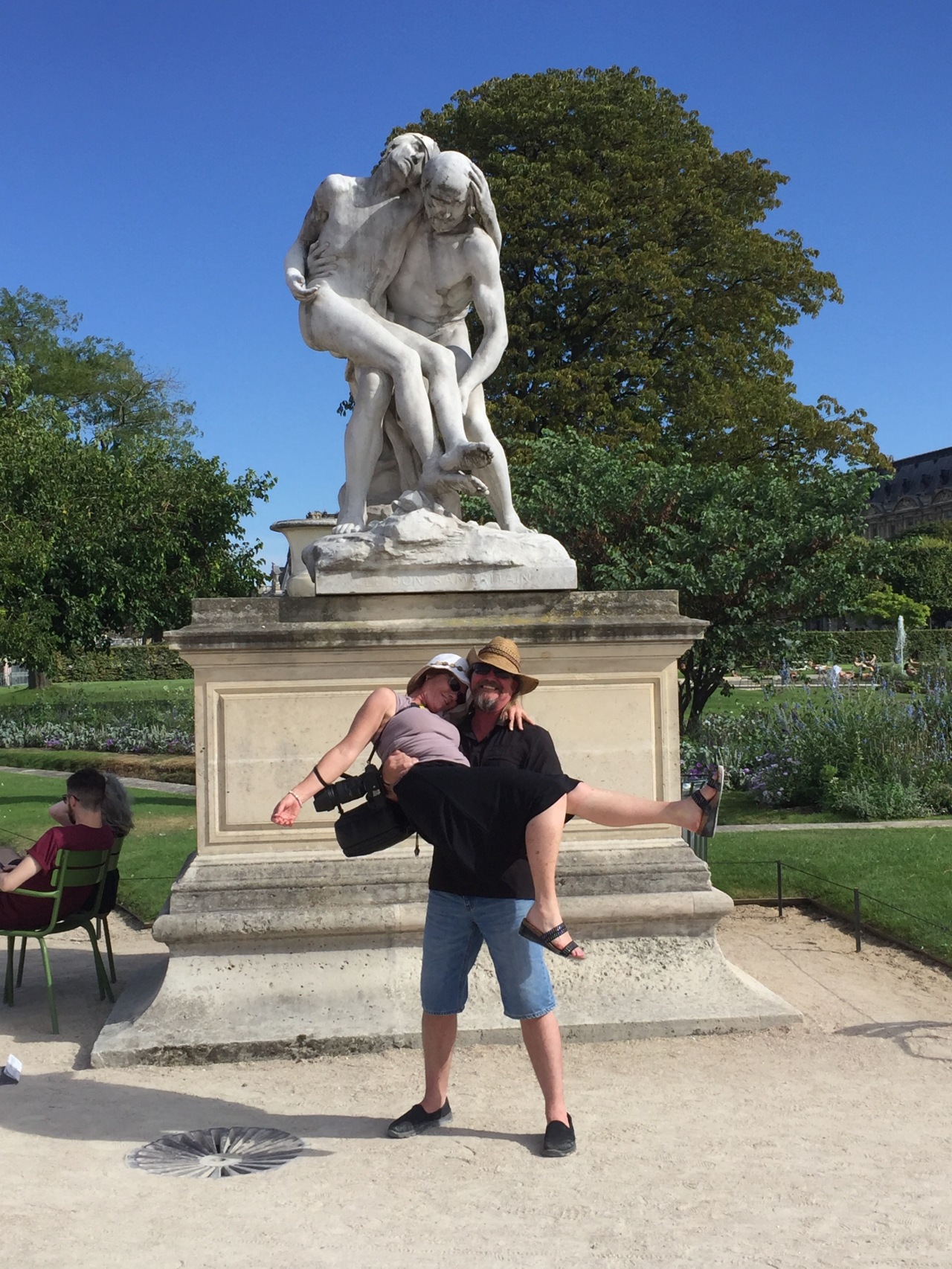 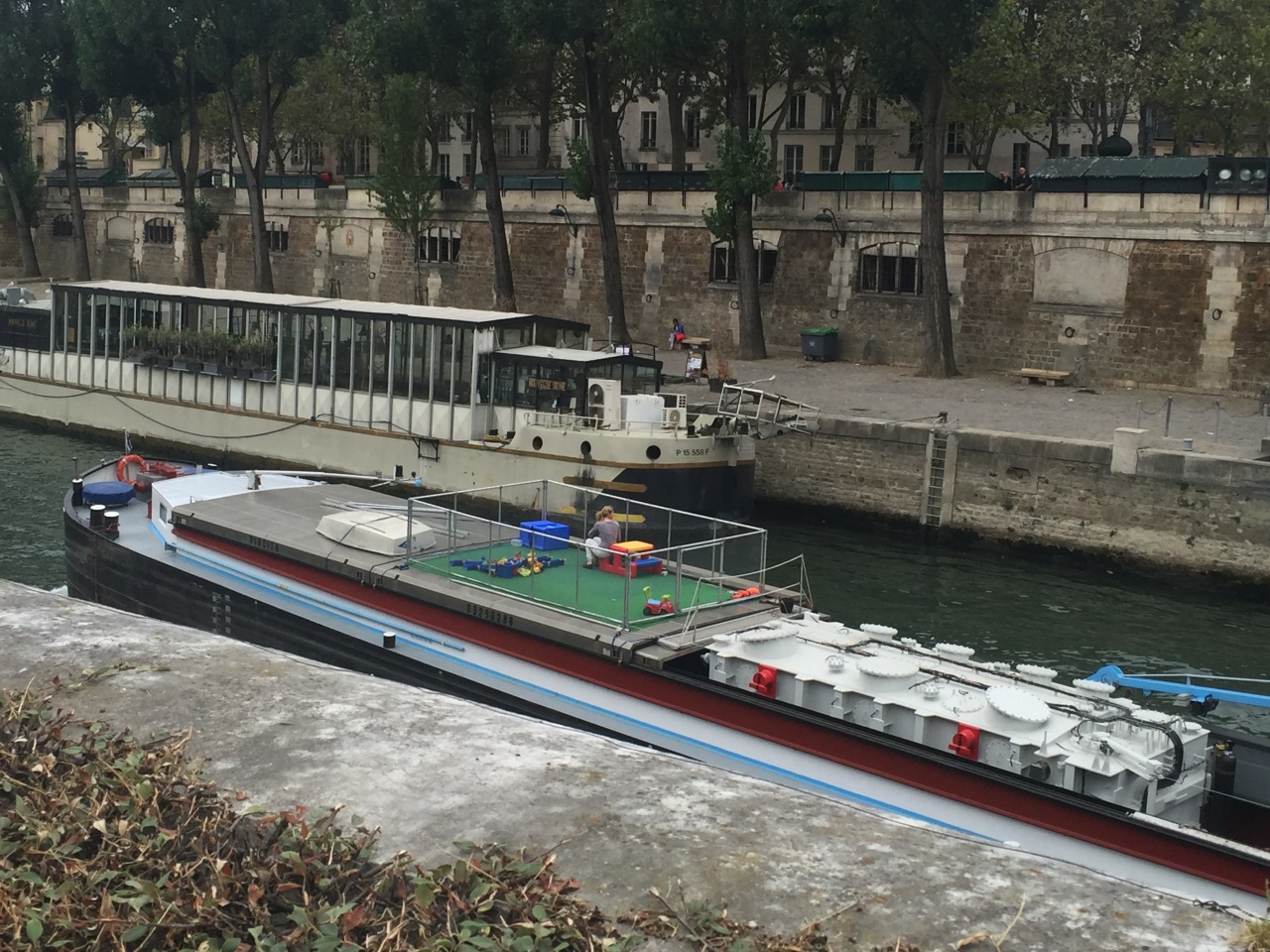 There was time for one more drink before catching our train down south to Narbonne.

Jason, being the wine  expert that he is spoke to the waiter and did a bit of tasting before choosing a bottle for us.  It’s great having you own personal taster! 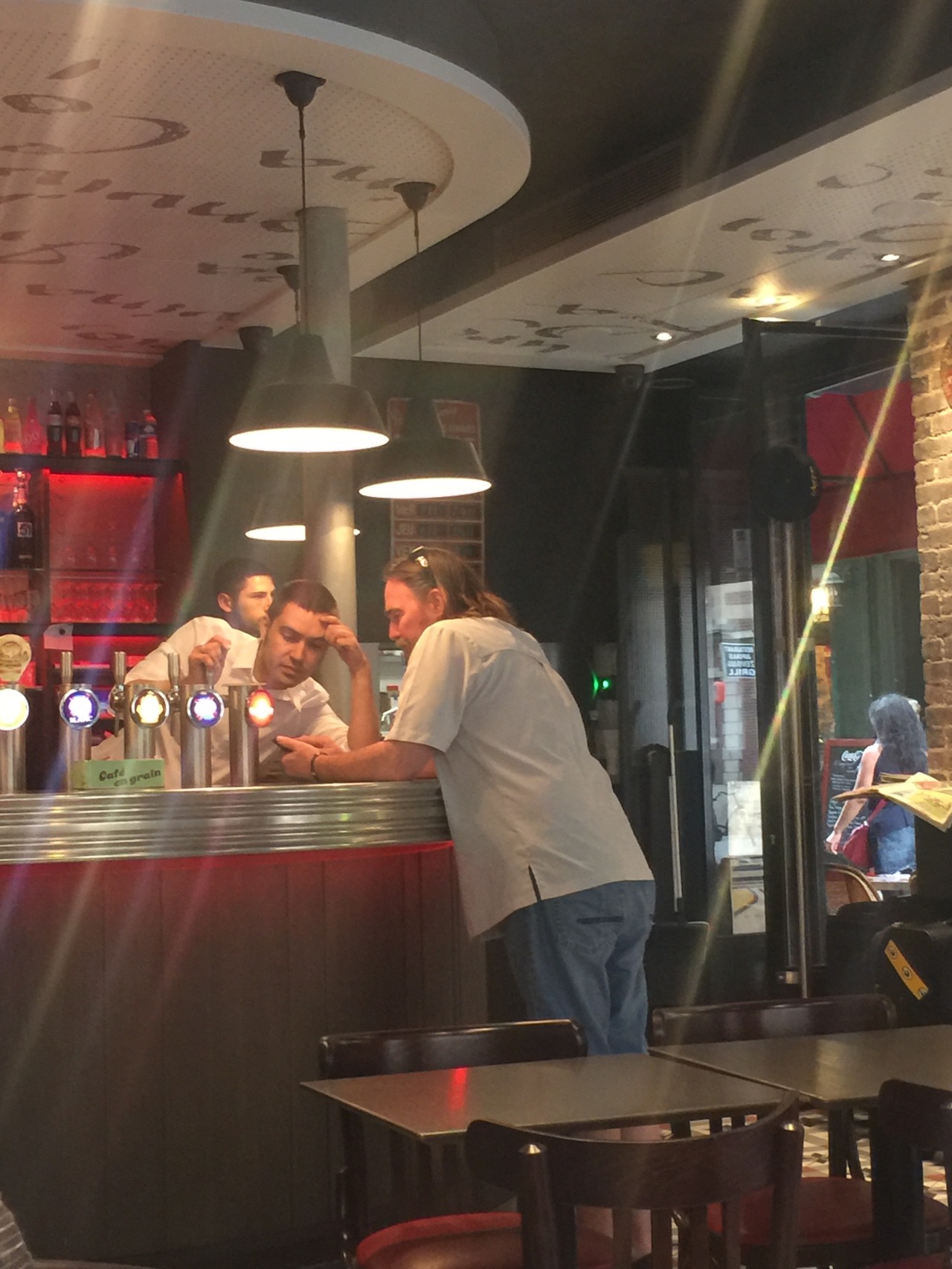 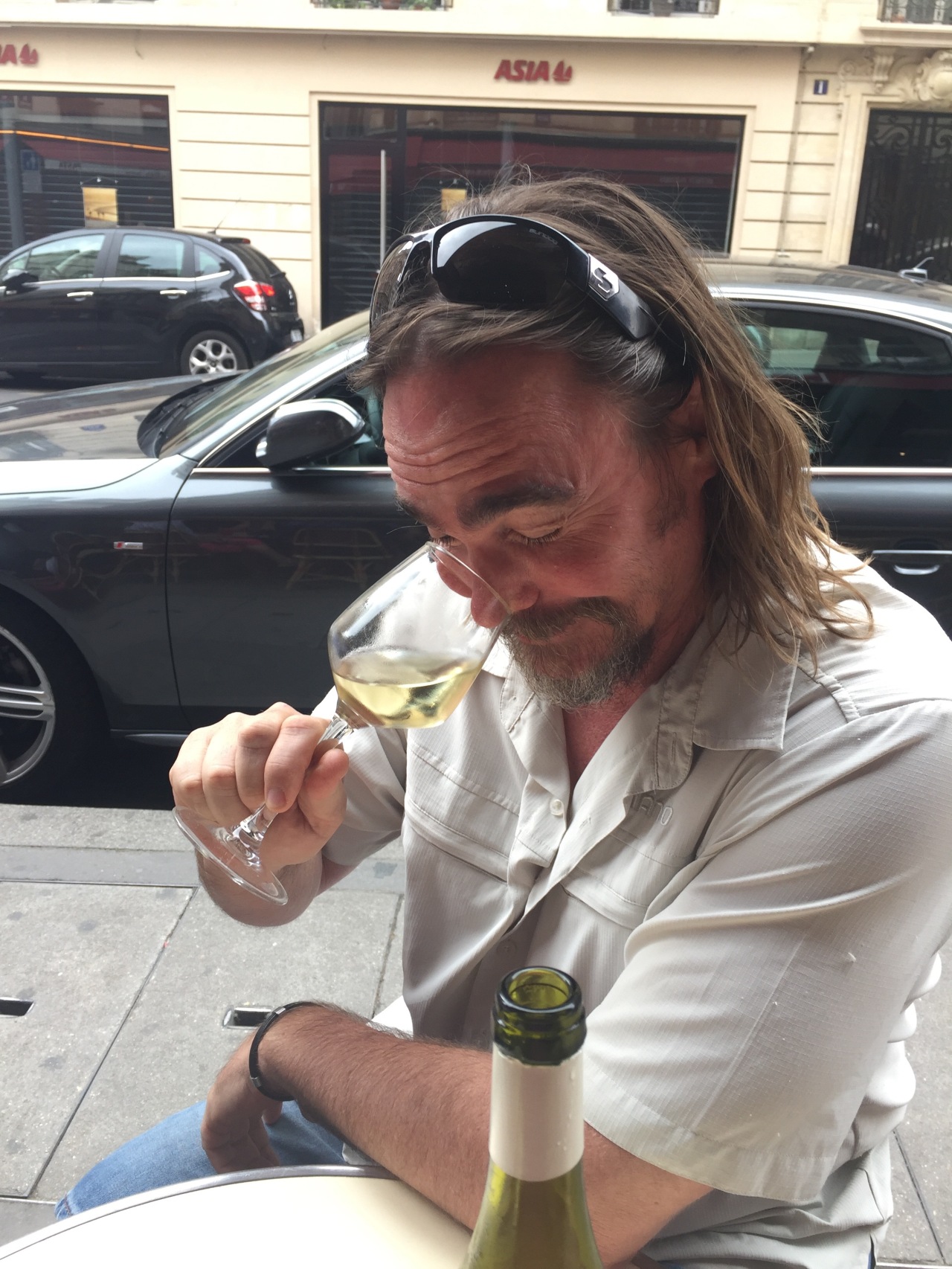 She’s a gooden…. so cheers! 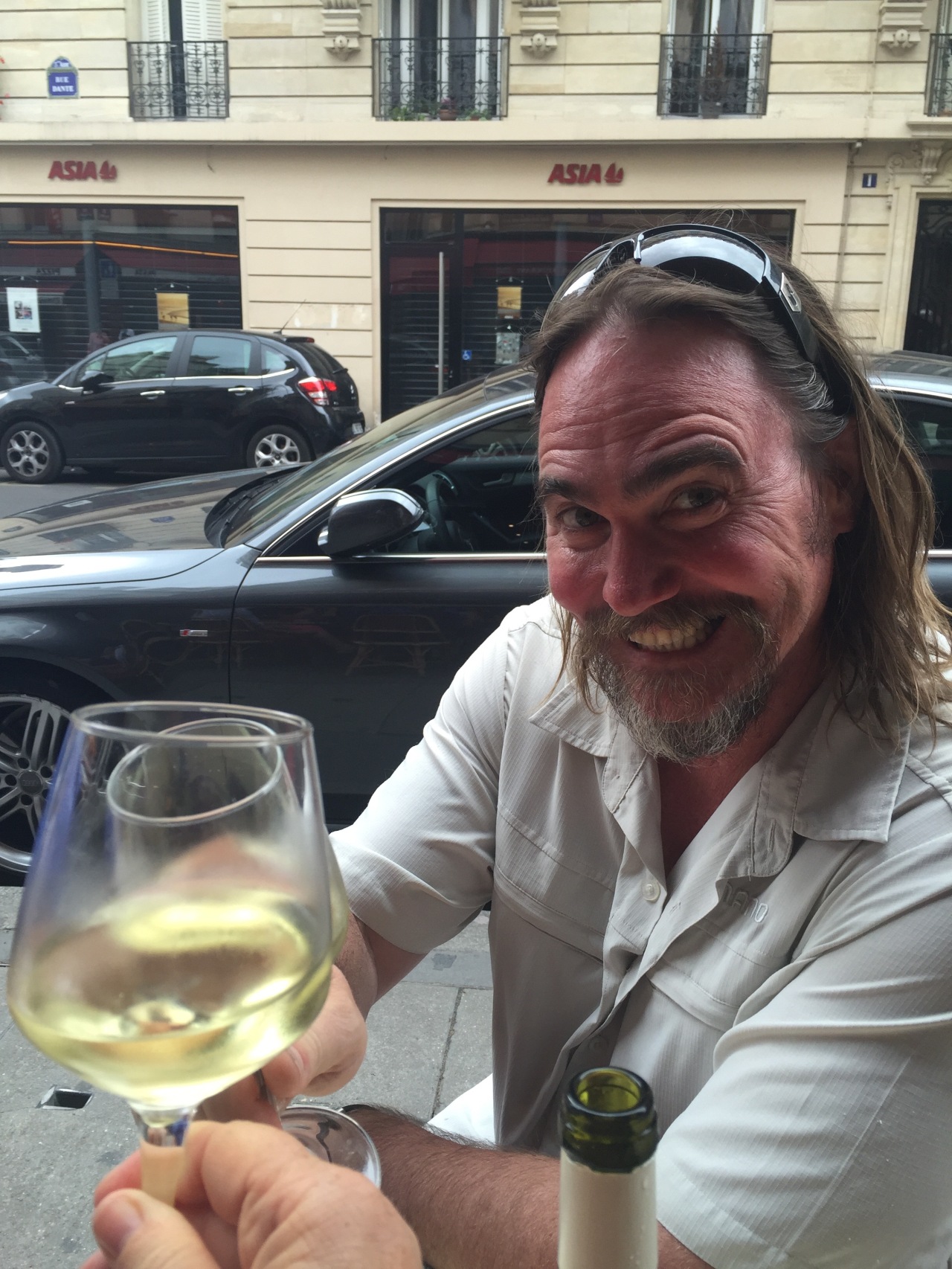 Then it was au revoir Paris and bon jour Narbonne via 2 hours of learning new card games. 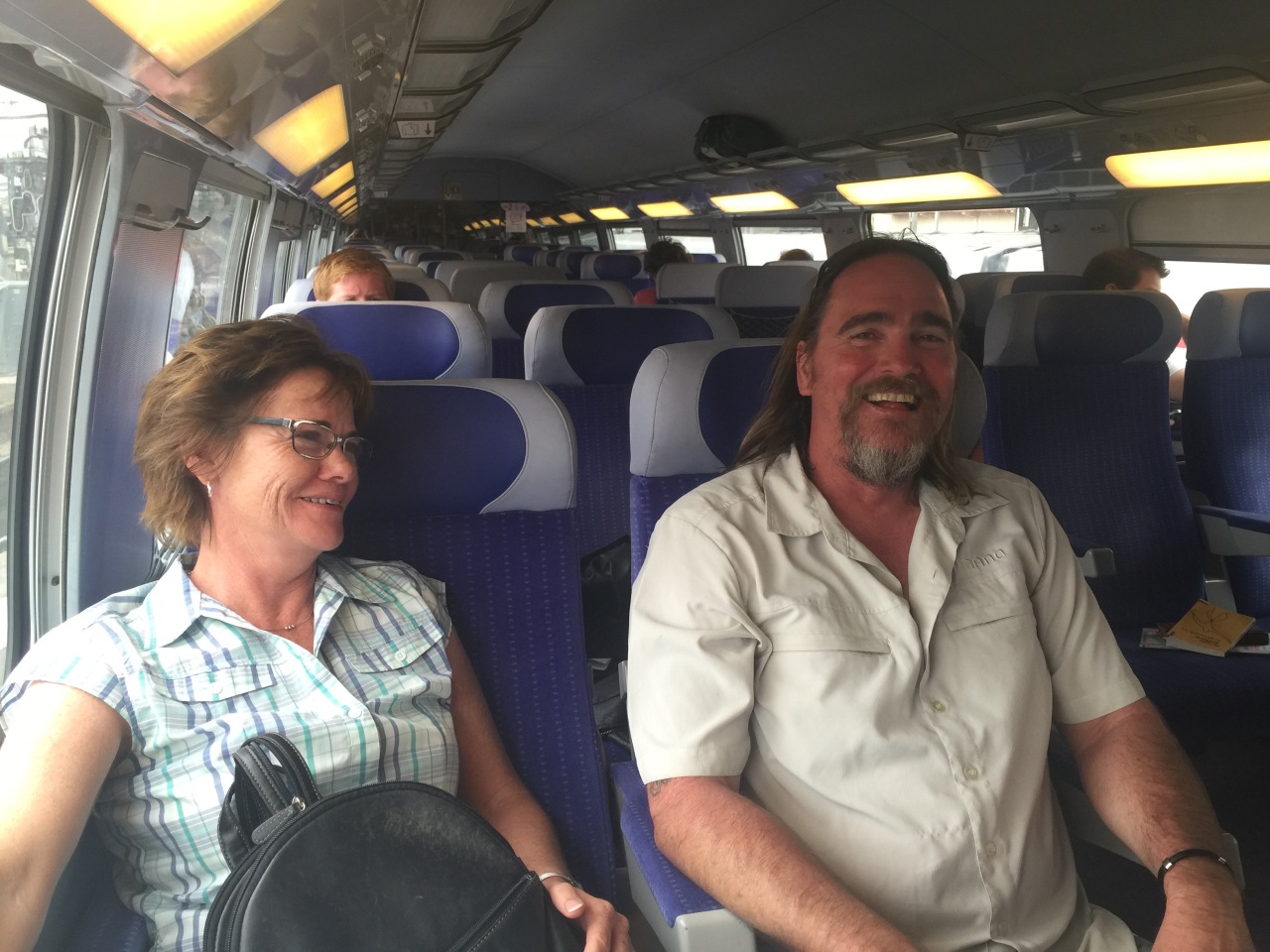