We started off my birthday with a short journey to a fairly deserted port to wait for the ferry to Naxos.  Minute by minute, people arrived in cars and buses, on motorbikes and on foot lugging their cases.  They all headed for the ever growing line to pick up their ferry tickets and we thanked Lyn (our travel agent extraordinaire) that we arranged our tickets in advance.  So we got to sit and watch the happenings until the ferry arrived 20 minutes late…

The ferry ride was pretty painless and we were picked up at the port and driven around the entirety of the town to arrive at our hotel only about 200 metres from where we first started in the car – because of the one way traffic system, we got to have an impromptu tour.

We are staying at a lovely little hotel – Xenia.  It’s right, smack-bam in the middle of the town and it’s comfy and friendly and oh so convenient – win, win and win.

This is the view from our balconies – I say balconies (plural), because the hotel is so cheap that we got to have our own rooms!  We look over a waffle cafe – win again.

Bags dumped and lunch was sort out…

We were in search of calamari and white bait for my birthday luncheon and it only took 2 restaurants before we found exactly what we were after – at Popi’s – the oldest restaurant on the Isle of Naxos.  They’re a family run business…. it all started with Popi’s father moved to Chicago to have a better life and got a job cooking in a Greek restaurant.  he found that he had a natural talent and moved back to Naxos in 1948 to open his own restaurant.  Popi was his daughter and is still the managing director – her daughter served us and was lovely – she kept calling me “Lady”…. and her daughter also works there and her name – Popi.  It’s come full circle.   Anyway…. the food was exquisite.  We had squid, white bait and taramasalata.  I was in Greek food birthday heaven. 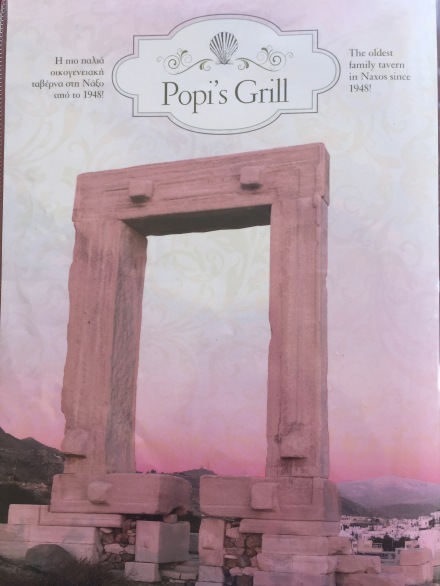 Coupled with a birthday beer

I happened to mention to Old Popi’s daughter that it was my birthday and she waved to a chap in the kitchen and then shouted something in Greek which could have been misconstrued as swearing…. then the person from the kitchen appeared with two shot glasses of home-made lemoncello and two little bowls of Greek yoghurt with honey and lemon….. although I think in Greece they just call it yoghurt.

Not only was the food delicious, but they had these pieces of elastic around the table cloths that made us rethink our whole existence as people who have grown up and lived in one of the windiest places on Earth….. mind blown!

Then to walk off the big birthday luncheon, we walked what felt like the whole of the town… here is some pictorial evidence. 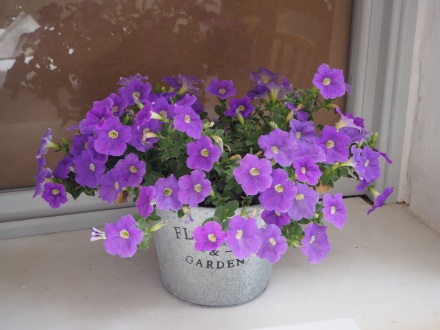 It’s great to be travelling with somebody else who loves to take photos as much as me…. it means that I’m in a few of the shots!
(no offence to other non photo taking travelling companions)

I think it’s this way… 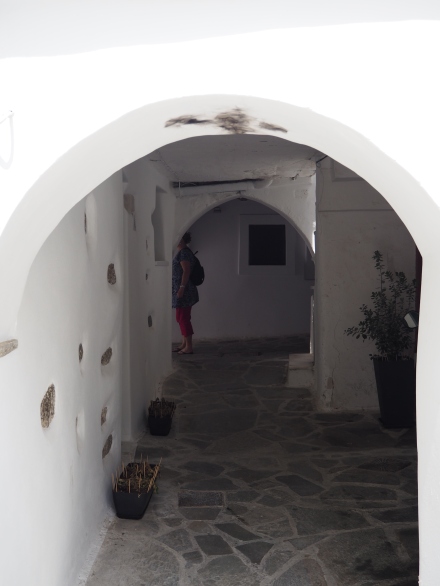 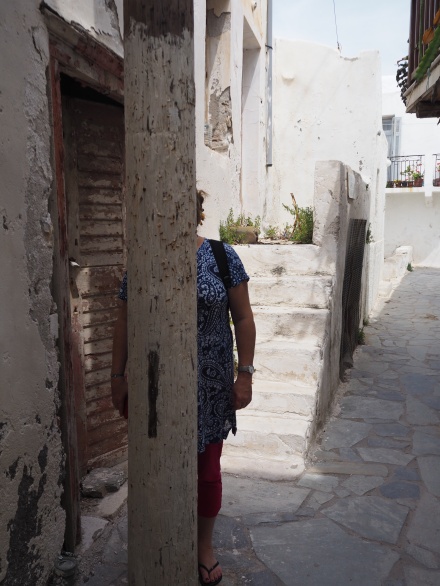 Me Jenny and I once went to what would become our final ever folkloric performance when we were in Russia.  We promised each other that we would never have to sit through another ‘folkloric’ performance of any kind again.

Even though me Jenny was not with me, I was not going to be lulled into a false sense of folkloric security. No-sir-ee!

All the photos in the blog this trip have been a group effort, but this next photo is all Chrisso – what a lovely shot, hey? 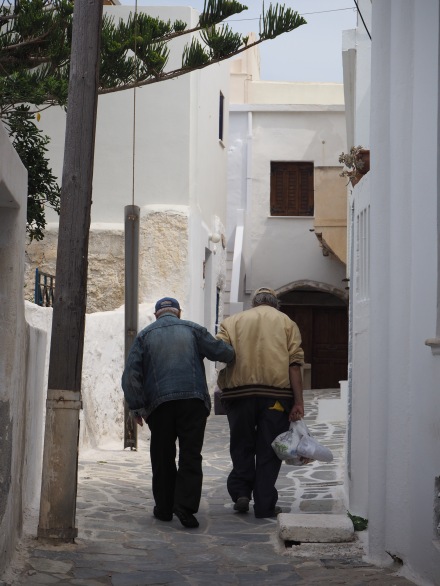 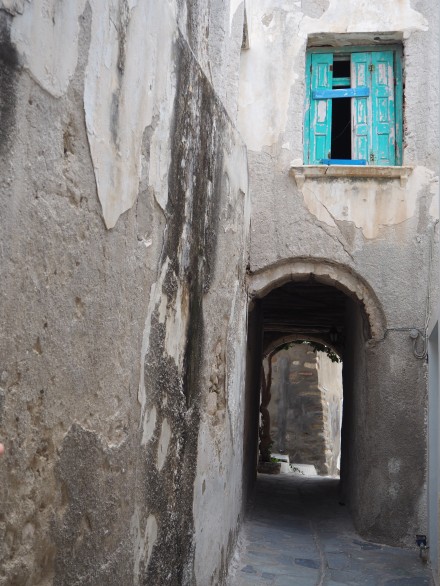 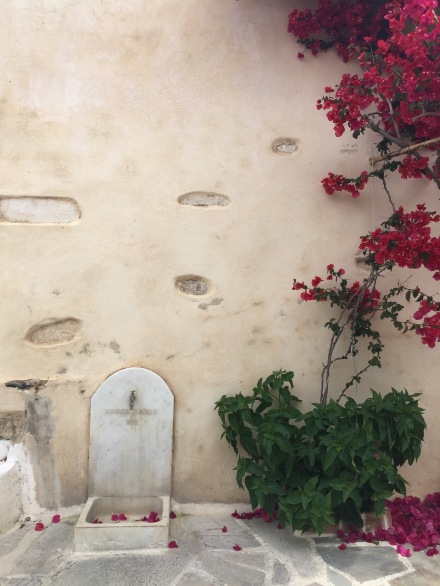 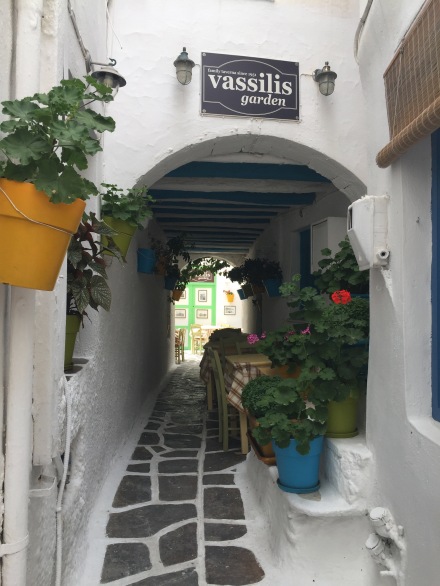 We finally made our way up to the castle…

Here are some facts for this interested in such things… 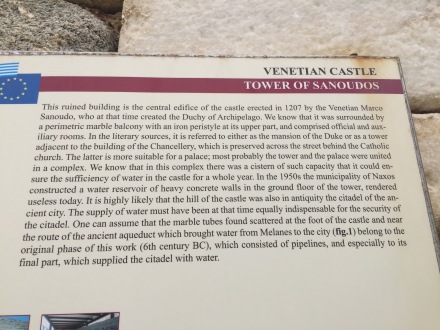 There is an outdoor cinema/concert space up there…

Now, I’m no expert on doors (or am I?) but I would say that this door was one of the originals…

I don’t think that this was an original feature though…. possibly added as late as today!

Here is some very rare photo evidence of me showing absolutely no photo etiquette at all.  Chris was all lined up to take a photo of a very important door and without looking around, I simply stepped in front of her.  I apologised and as far as I’m concerned the matter has been dealt with. 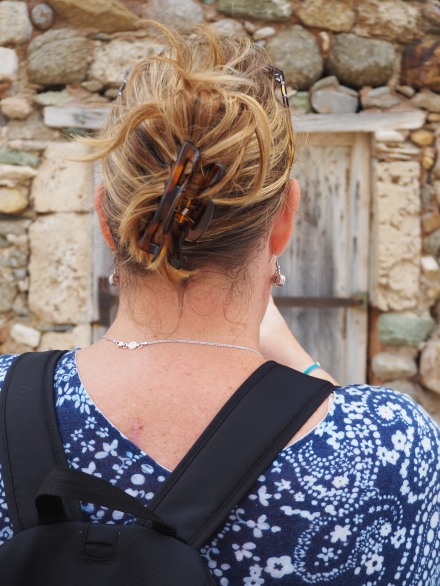 The old town of Naxos, much like the old town of Mykonos is like the town that Jack built   – all higgildy piggildy, but you can usually get a sense of what they were trying to do with the space that they had….. this however is a mystery. 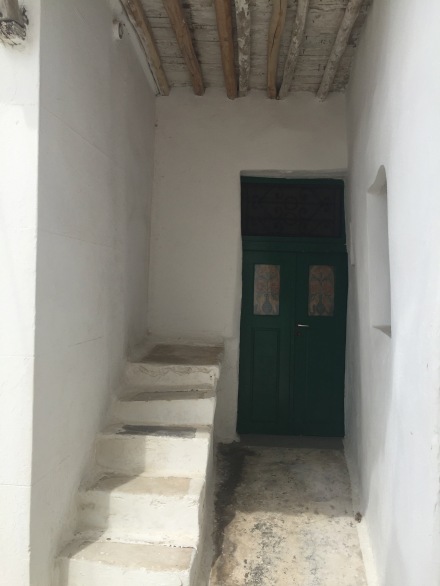 There’s no such thing as throwing anything away when you’re on an island….

After much castle exploring and labyrinth navigating, an iced chocolate/coffee was called for… 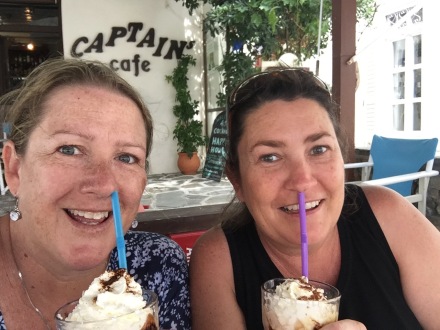 Then after a little birthday afternoon nigh nighs, we ventured out to the Kastro Tavern – owned and run by friends of Mike and Marina – our lovely friends in Lagonisi where we were treated to some more lovely Greek fare.

Thank you to my lovely cousin for spoiling me rotten all day long.