For years now Me Jenny has banged on about wanting to see the Northern Lights, the Aurora Borealis, the Merry Dancers, the Polar Lights, you know, when the magnetosphere is sufficiently disturbed by the solar wind – (thank you Wikipedia)

So earlier this year…. as we were planning where we’d like to go – north was always going to be the direction we headed…. (side note: it’s tricky to go much further south than where we currently are!)

Apparently you can see the lights from late August right through until April, especially if you are close enough to or further north than the Arctic Circle.    So we are giving ourselves more than enough chances to catch a glimpse of this natural phenomenon.

So, tonight we head off on our adventure and we will first say hello to – Amsterdam… for a little stopover, then to Iceland, Finland and finally Norway. 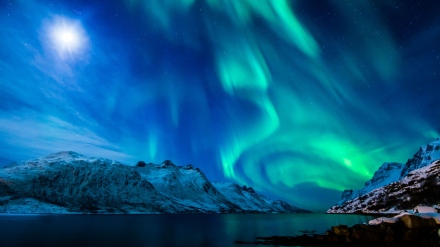 2 thoughts on “In Search of the Northern Lights”